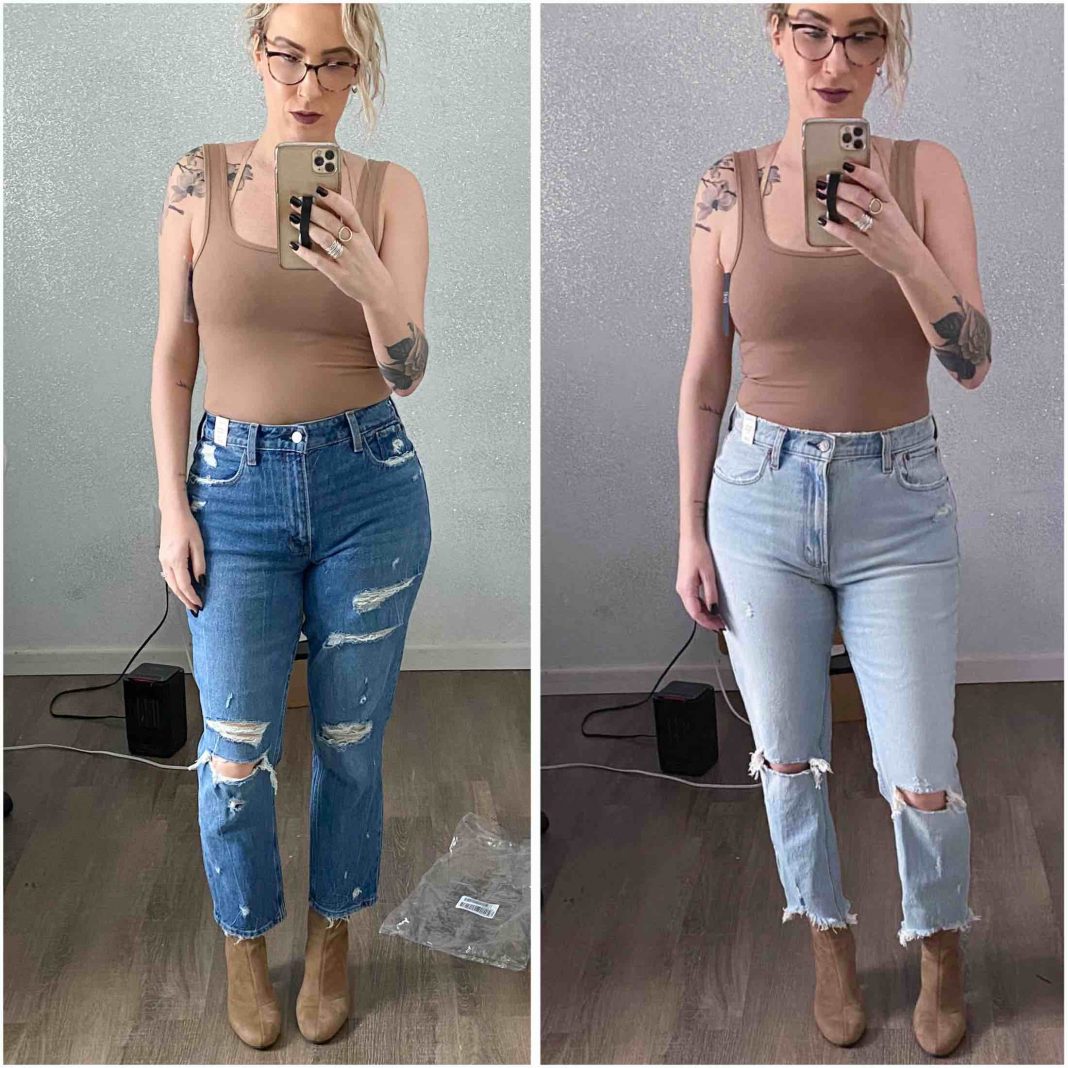 We had a recent discussion during one of our TME meetings about what, exactly, constitutes “mom jeans” now. (Stay tuned for next week’s Style Challenge!) Everyone kindaaa had a general idea of what they are, but no one was 100%. We basically all agreed they have a mid-to-high-rise and are somewhat straight, slouchy or baggy in the legs. They may or may not be tapered. And they may or may not be cropped.

So, I searched “mom jeans” at Abercrombie, one of my favorite places for all things denim (since, like, the ’90s when the entire mall would smell like their cologne), and found that they have a ton of options. I wanted to compare their regular mom jeans to their “Curve Love” line, so I bought a few of each. I tried each in both a 28 (my normal size) and 27, since some of the reviews said they run big. In each case, I found that the 28s were perfect, even though I do sometimes have to size up in higher-rise jeans. Here are the winners:

Update March 2021: The entire team tried on the Abercrombie Curve Love High-Rise Mom Jeans in a review here, so you can see them on different people.

These are the regular mom jeans that are cut a bit slimmer through the hips. I love the lighter wash and chewed hemline, and I was actually surprised by how much I liked them because they do allow some room for curves.

So, these are almost exactly the same but have extra room in the butt and thigh areas (unfortunately, my exact jeans aren’t available anymore, but I love the slightly subtle distressing on this pair). You can tell there’s a little more room, especially in the booty, but the smaller waist keeps them up.

These are the exact same Curve Love jeans but in black (here’s a similar pair). I think I’d pair them with black boots or sandals instead of these brown ones…but I’m still loving the no-gap waist and general fit. They’re slightly stiffer than the blue pair, though. What do you guys think?

OK, so I think the conclusion is that the Curve Love mom jeans show off a curvier body by emphasizing the curves. If you have a small waist compared to your butt/hips and love showing off that aspect of your figure, you will love the Curve Love jeans (hehe). They’ll fit in the waist without gaping and leave room for a bigger booty, hips or thighs. If you’re straighter, you’ll probably want to stick to the regular cut. I honestly don’t know which ones I like better…help!

(AKA My Favorite Flare Jeans)

I had to mention Abercrombie’s Ultra High-Rise Flare Jeans because, even though they aren’t technically mom jeans, they are awesome. I’ve had these black flares for a few years now and LOVE them. They fit so well and are super-flattering — so I was excited when Abercrombie restocked them and added the blue wash. I ordered them right away and love that they tie at the waist (they can be worn with or without it) and that they have the same fit — and even softer feel — as the black flare jeans. (I can’t find these anymore, but if you love the tie waist, check out these wide-leg jeans from Express.) 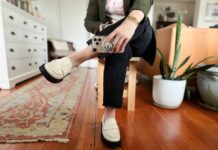 The Big Lug-Sole-Loafer Search: I Tried 10…Even Gucci 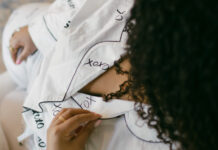 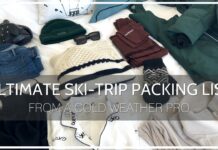