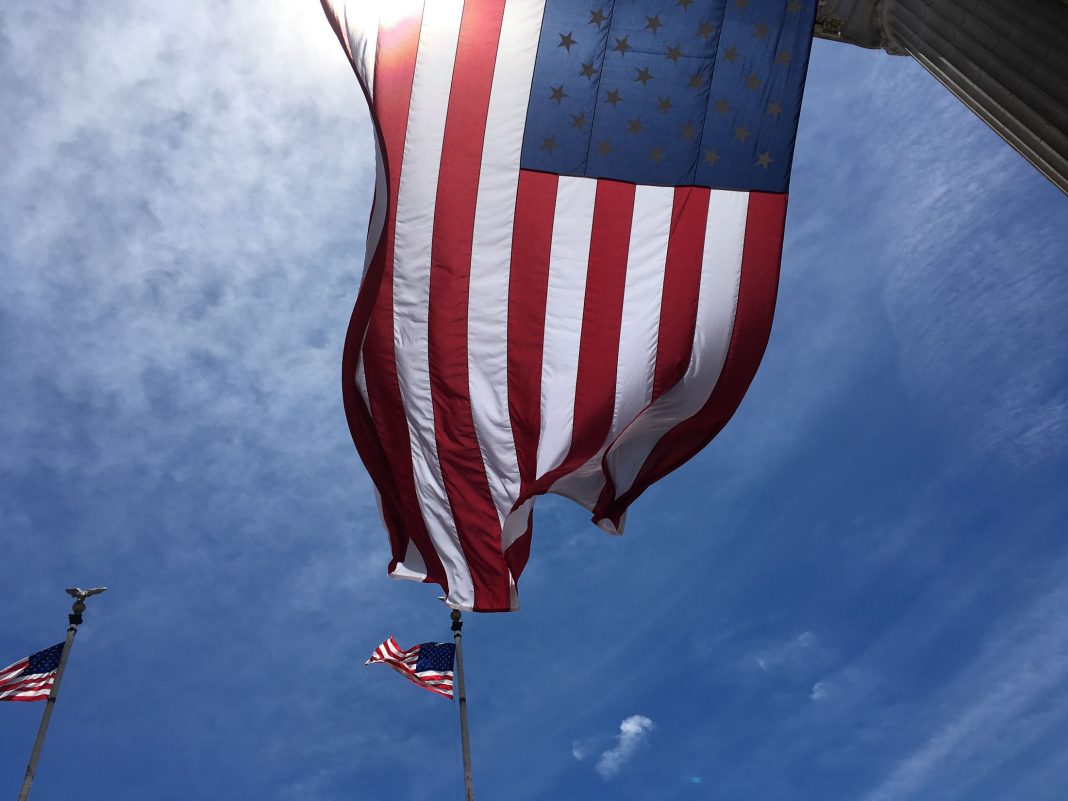 Alright, Ladies. It’s time put your big girl panties on — and/or your cozy loungewear. Get out your planners or the calendars on your phone, check the dates, and schedule a movie night. Make it with your family if you have older (say, teenage) kids. Make it just for you, or you and your hubby, or you and your girlfriends, or better yet, your Mom. Whether or not you have popcorn is your choice, but you’ll definitely need a box of tissues: this one’s a tear-jerker, but only in the most heartwarming and compassionate of ways.

Now that that’s done, take a deep breath, and consider this: Women veterans are two to three times more likely to be homeless than any other group in the US adult population. Seriously.

For what I gave to my country, I’m worth $300 a month. In the blink of an eye, I’m homeless. I don’t qualify for nothing. There’s nothing available for me. And it’s strictly because of my gender.” Jas Boothe

After listening to Michel Martin interview Jaspen Boothe last spring on weekend All Things Considered, I was quite literally shocked that I’d never heard of this woman before — or the problem she’s working so hard to solve: the unacceptable prevalence of homelessness among women veterans.

I mean, I’m a newswhore, right? But here she is, Jas Boothe: She founded Final Salute in 2010 and the Ms Veteran America competition in 2012, which have collectively raised over $2 million and assisted over 3,600 women veterans and children in over 30 states and territories. She’s also a disabled veteran, cancer survivor, and international speaker who served 17 years in the Army.

And how did I not know that there are such F***ED UP, gender-biased limitations on the services our veterans receive???

This isn’t about politics — although politicians could help solve this problem — it’s about something greater than red and blue and Capitol Hill. It’s about the women who’ve served our country and what happens to them afterward. It’s also about a sisterhood, the sisterhood you’ll experience wholeheartedly when you watch the amazingness that is Served Like a Girl, a documentary about the Ms. Veteran America pageant, a yearly competition that raises funds to provide housing for homeless women Veterans and their children (among other things, which we’ll get to momentarily).

There are only two places in this country where you’ll meet people from all walks of life — the military and public school (so says my college ex-boyfriend’s father). So when you watch Served Like A Girl, which I hope you will, the women and their families will seem intimately or uncomfortably familiar, or they will seem very far removed from your life and circumstances. Either way, one element that will be achingly familiar is the sisterhood created by the montage of these women — these women who chose to serve their country at one point, and then later, chose to unite in an effort to help the women, and themselves.

“You’re not here for yourself. You’re here for that woman and that child sleeping in that car.” Jas Boothe, founder of Ms. Veteran America.

We are introduced to a handful of the contestants, and for most, their families — their mothers, or their roommates, or their two parents, or their mother and grandmother, and maybe their children or ex-spouses. They are from all over the country…Ohio, Minnesota, Washington D.C.,…

And of course there’s Jas, the founder of this whole idea to house homeless women: All of her stuff was in storage when Katrina hit while she was deployed. Nothing was salvageable. She came home on leave to learn she had a malignant mass in her neck and throat. (“I can’t have cancer, because I have a son…Sir.”) There are programs out there for veterans, but “not for women”.

Of course, a film about women in the military that is this deep doesn’t avoid a topic this country is just now getting around to discussing —MST or military sexual trauma, as well as the tough life and death decisions these women have to make.

Ironically, during the filming, Washington was deciding whether or not to allow women to serve in combat zones. “Women will be able to stand side-by-side with their male counterparts in any capacity they wish…” the news headlines crow (women have been doing this since World War II and in isolated events, earlier).

Allowed in combat?…I don’t know how people think I lost my legs. I didn’t get hungry and chew them off…I was in a war zone….this is not new; it’s just recently being allowed.”  SPC Marissa Strock, Army

There is a battle in this military movie, but not the one you might expect. A central motif is the women’s struggle to embrace, challenge, transform, suppress and recreate their femininity. There are also the health challenges, and the difficulty of navigating relationships.

But then there’s the pageant…the pageant is amazing and exciting and fun… you’ll have to watch to see it for yourself. And please watch. I couldn’t recommend it more. And to pique your interest…there’s an amazing, irreplaceable mother-daughter moment at the end….the tears, y’all, the tears…Plus you get to see how the pageant inspired all the women, and what they do afterwards. So good.

The U.S. military has always been a battleground in the fight for equality. For women who not only served in WWII, but also held down the homefront, symbolized by the ubiquitous Rosie the Riveter. For African Americans who, after serving and dying in WWI, have been engaged in the struggle for domestic civil rights  for the past 100 years. And most recently for immigrants, for LGBTQ folks and for transgender people. And it’s not rare that after serving, those very same soldiers who had restricted rights, stand up and demand rights for civilians. Senator Tammy Duckworth (D – IL) fought to get babies allowed on the senate floor, and just last month the Friendly Airports for Mothers (FAM) Act was passed into law as a result of a bill she introduced in 2015. Of course, there’s more irony because “A 2015 study in Military Medicine found only about 30 percent of women across the services met their goals for breastfeeding duration — and 14 percent of those blamed a lack of support.” The good news is that organizations like Breastfeeding in Combat Boots are working to change that.

This struggle — for us as women, for us as humans who want to be treated equally — it is ongoing. After seeing this film, I wondered if progress for equality in this country is one step forward and two steps back…and then we voted. (And I’m just going to use Shana’s words here, because I started this paragraph before all the votes were counted): “We did just elect more than 100 women to the US House of Representatives — for the first time ever — and some of our new reps are women of color, as well as a Native American and Muslim.” And to boot, 12 of those women who ran were veterans. Women continue to use their voices to make change, and Served Like a Girl is no exception. Ms Veteran America is a voice.

About the Ms. Veteran America Project

The mission of Final Salute Inc. is to provide homeless women Veterans with safe and suitable housing by taking a three-pronged approach to addressing the issues associated with the homelessness of women Veterans:

Awareness: Bringing attention to the American people that homelessness among women Veterans is on the rise and their support needs are immediate.

Assistance: Providing housing/supportive services to homeless women Veterans and aiding in the prevention of homelessness for at-risk women Veterans.

Aspiration:  Instilling in women Veterans that their situations are temporary and their goals are still achievable. 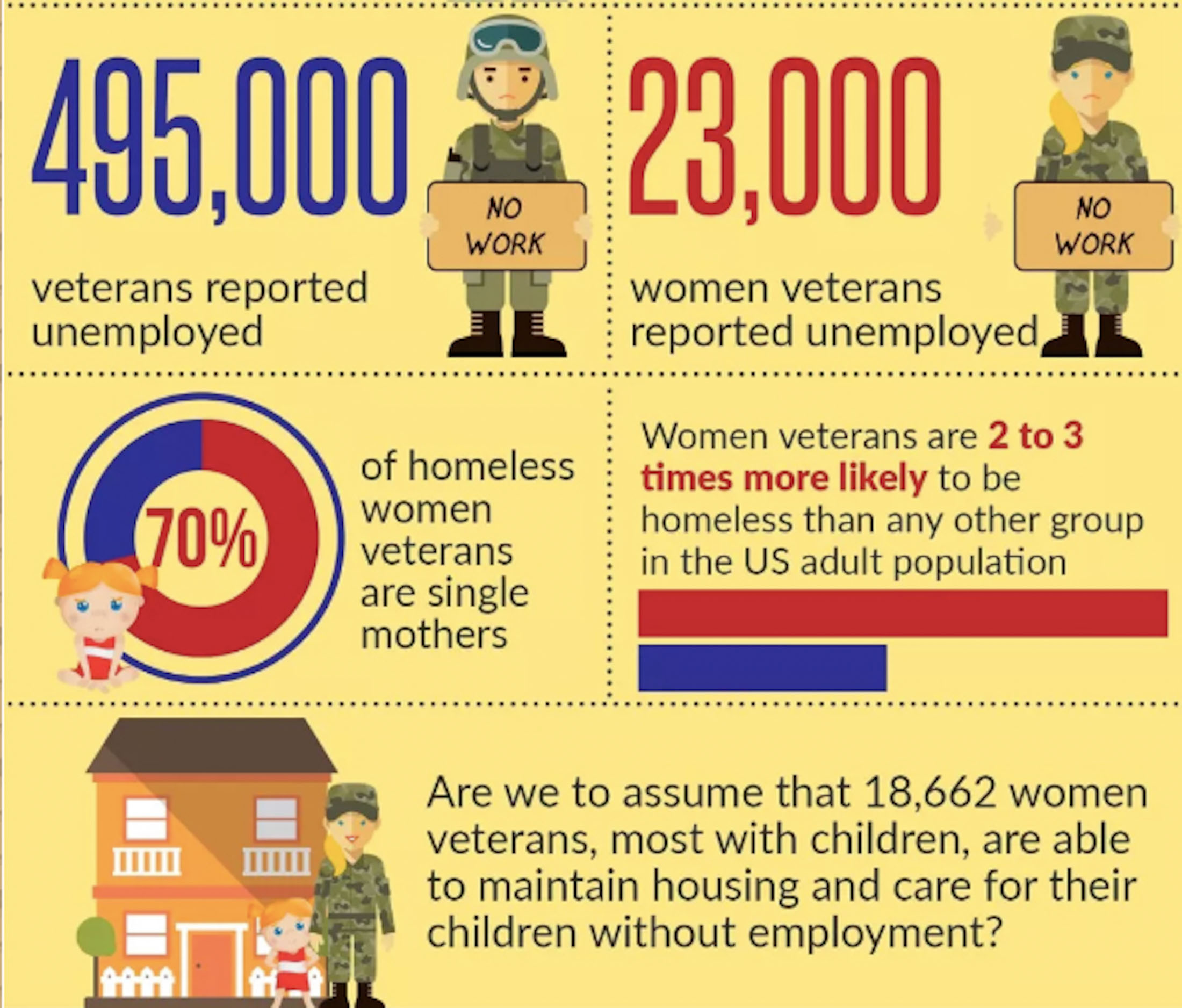 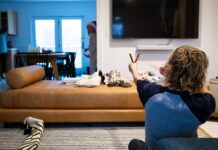