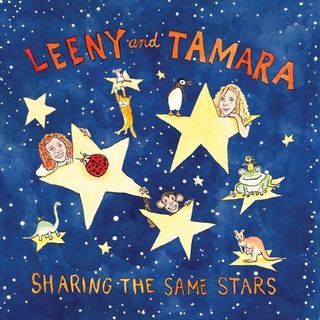 My musical taste is pretty broad.  Virtually any genre, done well, I can appreciate.  Left to my own devices, I typically stick to Top-40 stuff, but thanks to mix tapes from my older brother and ex-boyfriend, my music library also includes more interesting selections like the Pogues, Edie Brickell & the New Bohemians, Jane's Addiction, etc.

I hate to generalize, but it seems like guys tend to take their music (and mix tape creation) waaay more seriously than us gals.  Most of my girlfriends, even the ones heavily into music, don't seem to draw the same good vs. crap lines that guys do.  If you saw the movie High Fidelity (or read the book), you know what I'm talking about.

So really, given the seriousness men apply to the topic of music, it was no surprise when I stumbled across Dadnabbit's completely thorough reviews of children's music.  He is so thorough, in fact, that I thought for a moment I was reading an article about some serious new band.  For example, here is a portion of his review on Leeny and Tamara's "Sharing the Same Stars":

Stars boasts some sharp production (and instrumental work)
from Art Hays, who gives these songs a more layered, fleshed-out feel
than their predecessors — and the songs themselves are a little more
advanced, too:

And just when you are wondering, "Am I in the right place?  Is this Rolling Stone?"  he follows up with:

For example, instead of dealing with the effects of soiling one’s diaper (Be Nice’s
“Stinky Diaper”), we get a number about having to hold it long enough
to get to a bathroom (the appropriately titled “Hold It”).

YEEEESSSS.  If you're going to do something, than DO it, baby.  Really DO IT.  I love a man who takes his kid's music seriously.

Best of all, as you might expect from the quality of the review, he focuses on some really rockin' kid's music.  This is hardly the chirpy, annoying, children's choir rendition of "She'll Be Comin' Round the Mountain" that typifies so many kid's music records.

It's not that Raines doesn't love his Lady Gaga.  It just seems that he picks up more words, and generally perks up a bit more when listening to actual kid's music.  And besides — I'd rather have him repeating "Kite!  Kite!" than "Disco Stick!" any day. 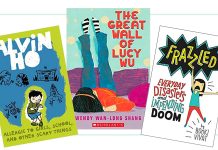 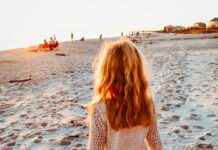 Adventures In Puberty: Having “The Talk” (And The Best Book I’ve Found For Girls) 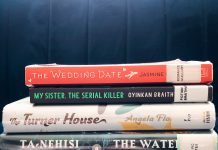