Ok, I’ll admit. That title is kind of click-baity. But if I named it what I really wanted to name it — Gap’s Girlfriend Jeans Might Be As Good As rag & bone’s Dre Slim Boyfriend Jeans — I’d alienate anyone who already thinks they don’t love either Gap jeans, rag & bone jeans, or girlfriend/boyfriend jeans in general. And that would be a pity. Because both of these jeans? Are exceptionally worth trying, no matter what you may think about any of the above. Versatile. Comfortable. Refreshingly wearable. And the fact that there’s a $150+ difference in price? Well, that just makes things…interesting.

I’ve been curious about Gap’s Girlfriend Jeans for a while — on paper (errr, screen?) they seemed like the perfect departure from skinnies or high-waisted jeans — slouchy enough to be cool and comfy, slim enough to flatter, and a practical, crowd-pleasing mid-rise that doesn’t immediately call to mind ye ole muffin top.

So I picked up a pair (I chose the Dark Indigo, which is selling fast, but this one is suuuper close) — and low and behold! They’re GOOD. Even more unexpectedly, they’re eerily similar to my rag & bone Dre Slim Boyfriend Jeans, which just happen to be the jeans I’ve worn most consistently over the past 6 months. Similar enough, in fact, to inspire a side-by-side comparison — as seen in the video, above.

Want more of a written summary? Here’s what I found out.

My immediate reaction? The Gap Girlfriend Jeans feel far more more high-end than I was expecting. Don’t get me wrong: Gap jeans are typically good — in that familiar, consistent, “you know exactly what to expect” kinda way. But these were…unexpectedly lovely. Exciting, even. So let’s get right into the similarities that immediately made me do a double-take when I first slipped these on.

1) The fit. They’re both a hair slimmer than straight, with room throughout the seat and thigh that accounts for the whole “borrowed” appeal. They’re both also a fair departure from high-rise — and while the Gap jeans are listed as mid-rise and the rag & bones are listed as low-rise, they both sit distinctly below the navel, closer to the hips. (Exact rises are discussed below under Differences.) Ultimately, both are hip slung, flattering and just…effortlessly cool. And I find that both jeans fit genuinely true to size (I’m wearing a 25 in both, though I have heard some people claim needing to size down in the rag & bones. Truthfully, I fill out a 25 a little differently these days, so perhaps they do run a tad large…) Side note: can I use the word both more? Turns out, I can!

2) The wash. Obviously, both (heh) styles come in a wide range of washes, but the two I’m comparing here are almost the exact classic indigo shade, perfectly worn but not at all distressed. (Specifically, the Gap Girlfriend Jeans here are Dark Indigo — many more washes here; the rag & bone wash I’m wearing is Mariposa from last season, but it’s nearly identical to this Bellview wash.)

3) The composition. Right off the bat, these are two pairs of jeans that are much softer than the composition would lead you to believe. Both seem just shy of rigid: the Gap jeans are 99% cotton/1% spandex; the rag & bone jeans are 98% cotton/2% elastane.* They both ease over the bum/hips without any wiggling or resistance and are super comfortable with a broken-in feel right outta the gate.

*or 2% polyurethane, depending on the exact wash.

Here’s where they differ…

1) The bum. The rag & bone have larger rear pockets. While both jeans flatter the bum quite nicely (if I do say so myself), the rag & bone pockets seem to do more for the specific shape of my bum; the Gap girlfriend jeans, however, fit juuuust a bit more snug on the bum, which (despite the smaller pockets) might be more universally appealing.

2) The exact rise. As measured on my size 25 jeans, the Gap Girlfriend Jeans have a 9.75″ rise; the rag & bone Dre Slim Boyfriend Jeans have an 8.5″ rise. So yes, the rag & bone jeans sit a tad lower. They’re still not the low rise we might recall from the aughts (remember those itty bitty flies that were all but pointless??), but it’s noticeable when I try the two side by side.

3) The softness. While they’re both soft and comfy, the rag & bone Dre Slim Boyfriend Jeans are just a bit softer. They feel genuinely borrowed or broken-in, with an almost thrifted butteriness — like someone has…lived in them. I love that, but the authentically broken-in wash might also explain the next, most significant difference…

3) The price. Of course, as the title of this post so clearly pointed out. The rag & bone jeans routinely retail for ~$225 (even on super sale, they rarely dip below $100); while the Gap girlfriend jeans are $69 at full-price — and are often on sale. That’s a pretty big discrepancy.

So, what’s the bottom line? I can’t recommend the Gap Girlfriend Jeans enough. If you’re looking for a change from skinnies or high-waisted jeans (or both) — OR if you’ve tried the rag & bone Dre Slim Boyfriend jeans and wanted to love them but found them to be just a little too low-rise — well, the Gap Girlfriend jeans could be just the unicorn jeans for you. Just like the rag & bones, they’re softer than the composition would lead you to believe, with a slim but slightly slouchy look — that still feels flattering and intentional, even if they stretch out a bit. And while I still personally prefer the rag & bone jeans (because, let’s be real, I’ve already shelled out the cash for them, and if you are willing to invest, they truly are a rockstar pair of denim), the Gap Girlfriend jeans are an exceptional dupe — for a fraction of the price.

Oh, and I dropped it in a couple of spots above, but if you’re just skimming, the exact wash I’m wearing in the Gap Girlfriend Jeans is selling fast — but this wash is…almost identical? Maybe half a shade darker, and it seems well-stocked in Reg, Tall & Petite sizes sizes 24-35.

Friends! Follow me on Instagram for more recipes like this, as well as peeks into our life on the Northern California coast. And if you feel so inclined, pop over to my personal food + lifestyle blog, The Pig & Quill, where I share salty scribblings from my kitchen and home life. Byeeeeee! 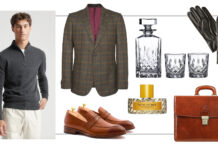 Gifts For The Guy Who Likes It A Little Bit Fancy 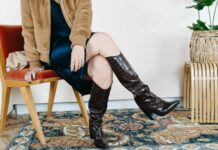 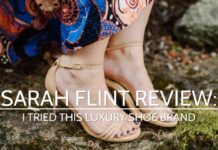 What’s The Deal With The Sarah Flint Hype?

So I Finally Tried The North Face’s Cropped Sherpa Fleece…

A Sophisticated Take On The Black Turtleneck (Hint: Add A Cashmere...