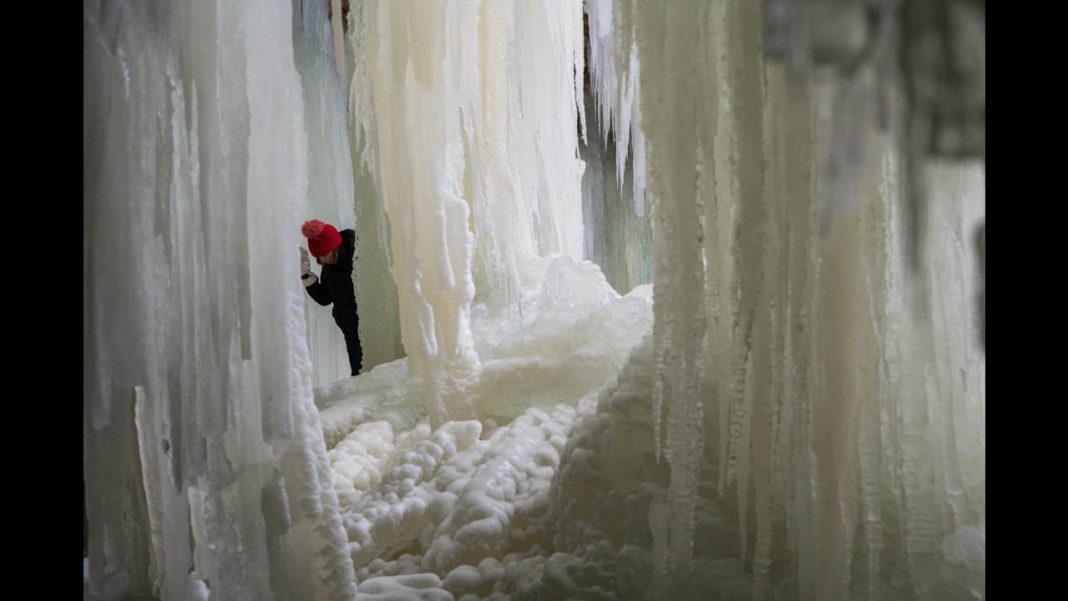 One thing I’ve learned, while living on the East Coast, is that most of these people have no idea where I’m from. I get glazed eyes, hesitant head nods, and — from the geography buffs — “isn’t that Canada?” Um. No. I’m from the Upper Peninsula of Michigan, a piece of land that is sandwiched between Lake Superior and the “mitten” of Michigan (aka, the only part of Michigan that East Coasters typically recognize). It’s remote, it’s cold, and it’s NOT Canada. It’s also insanely, breathtakingly beautiful year-round.

In the winter, though, you’ve gotta be ready for the cold. It’s the type of cold that eats exposed skin for breakfast — the type of cold that literally steals the breath from your lungs. This type of cold — when mixed with a deep, dark lake that is better described as an inland ocean — creates some stunning winter creations. One of these wonders is the ice cave.

You can find such ice caves in many places along the shore of Lake Superior. It varies from year-to-year, depending on the conditions, how much snow falls, when (if?) the shoreline of the lake freezes, and how many storms cause the waves to crash upon the freezing shore. Sounds safe, right? Right. Looking back, it’s crazy how many of these I grew up playing in. (Mom? Did you even know?)

The Eben Ice Caves, however, are a slightly different story. They’re not found along the lakeshore, for one, but due to their location (and the runoff? I think that’s what’s happening here?), they’re more consistently formed. Like any ice cave you’ve gotta be careful, but they’re big enough to walk through, and have lots to look at — from the first tiny little start of an icicle that’s barely two snowflakes big, to giant ice columns that soar overhead. 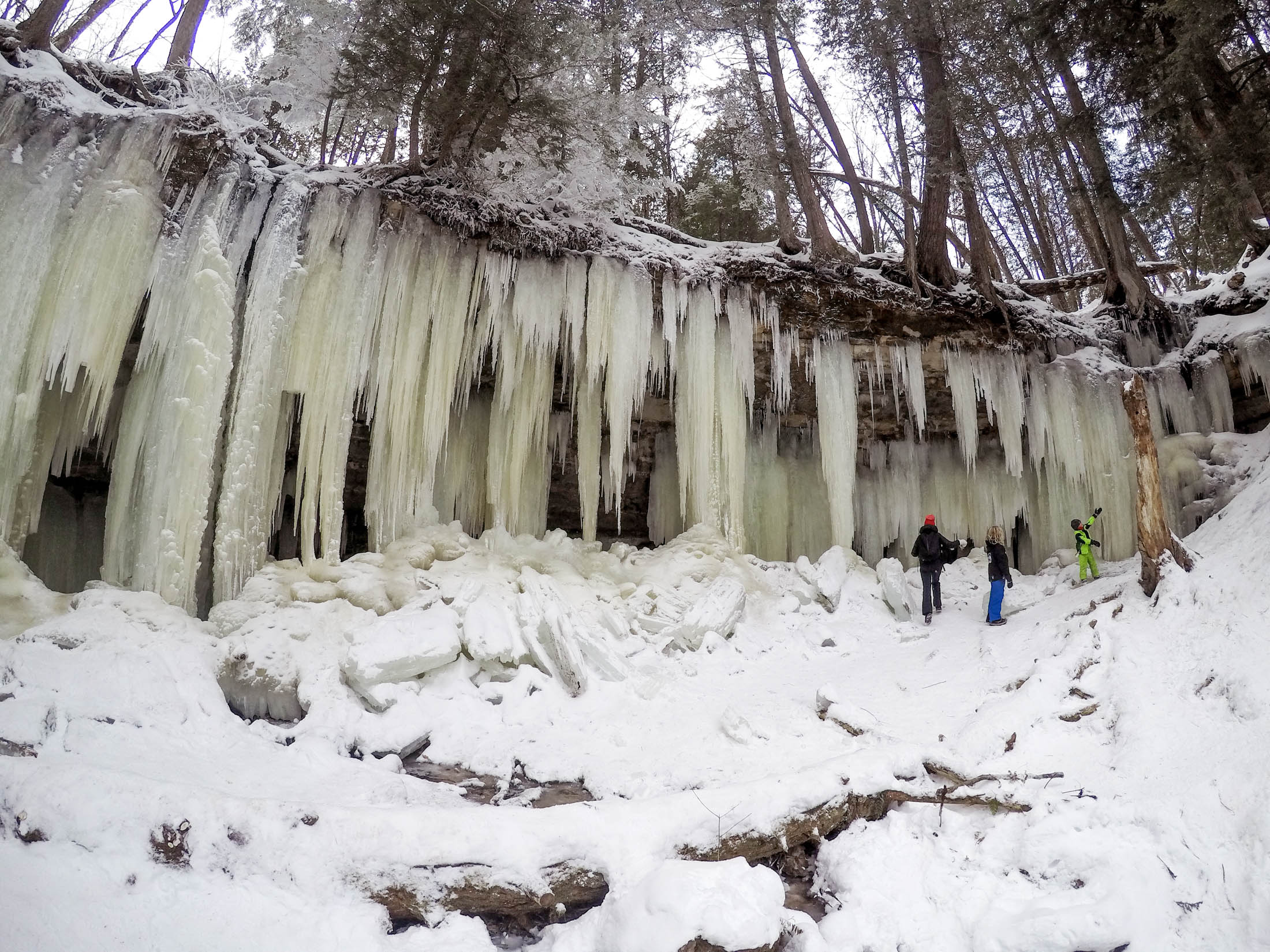 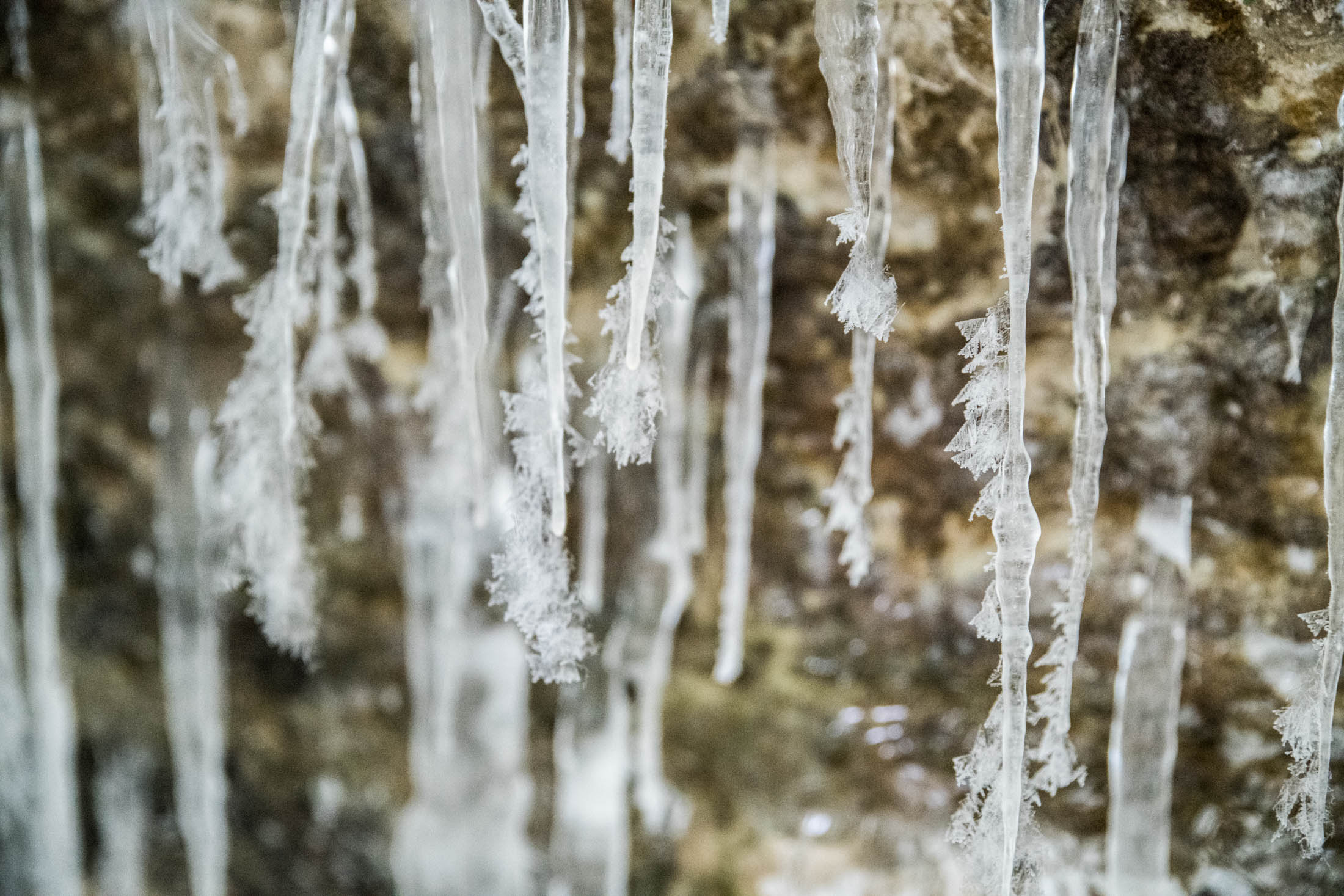 The Hike To The Eben Ice Caves

The hike to the ice caves starts across a farmer’s field into the woods (which, in the middle of winter, looks like the beginning of an epic adventure), then winds its way to a creek. Mike brought his drone and got some really cool footage (see the video at the top of this post). 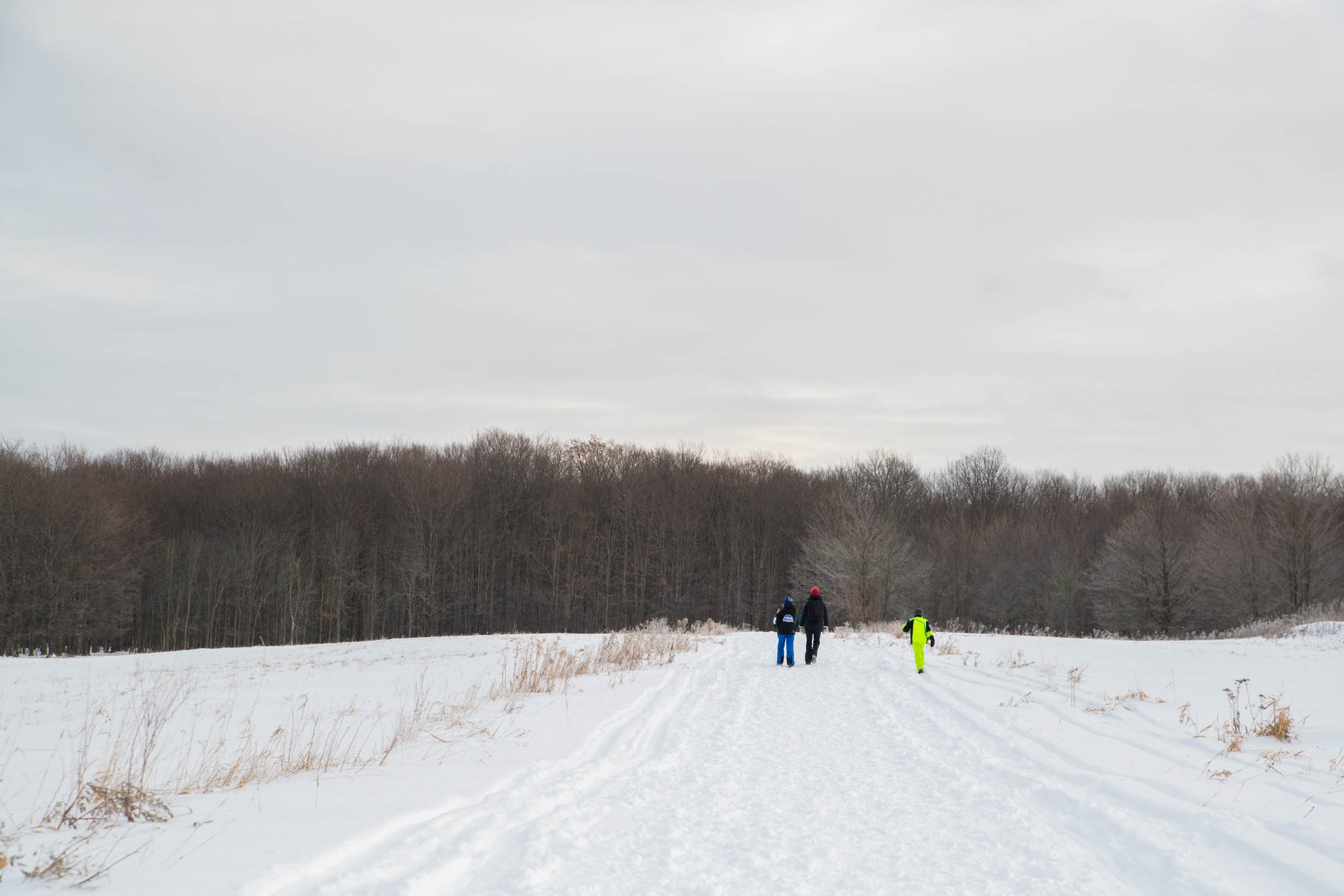 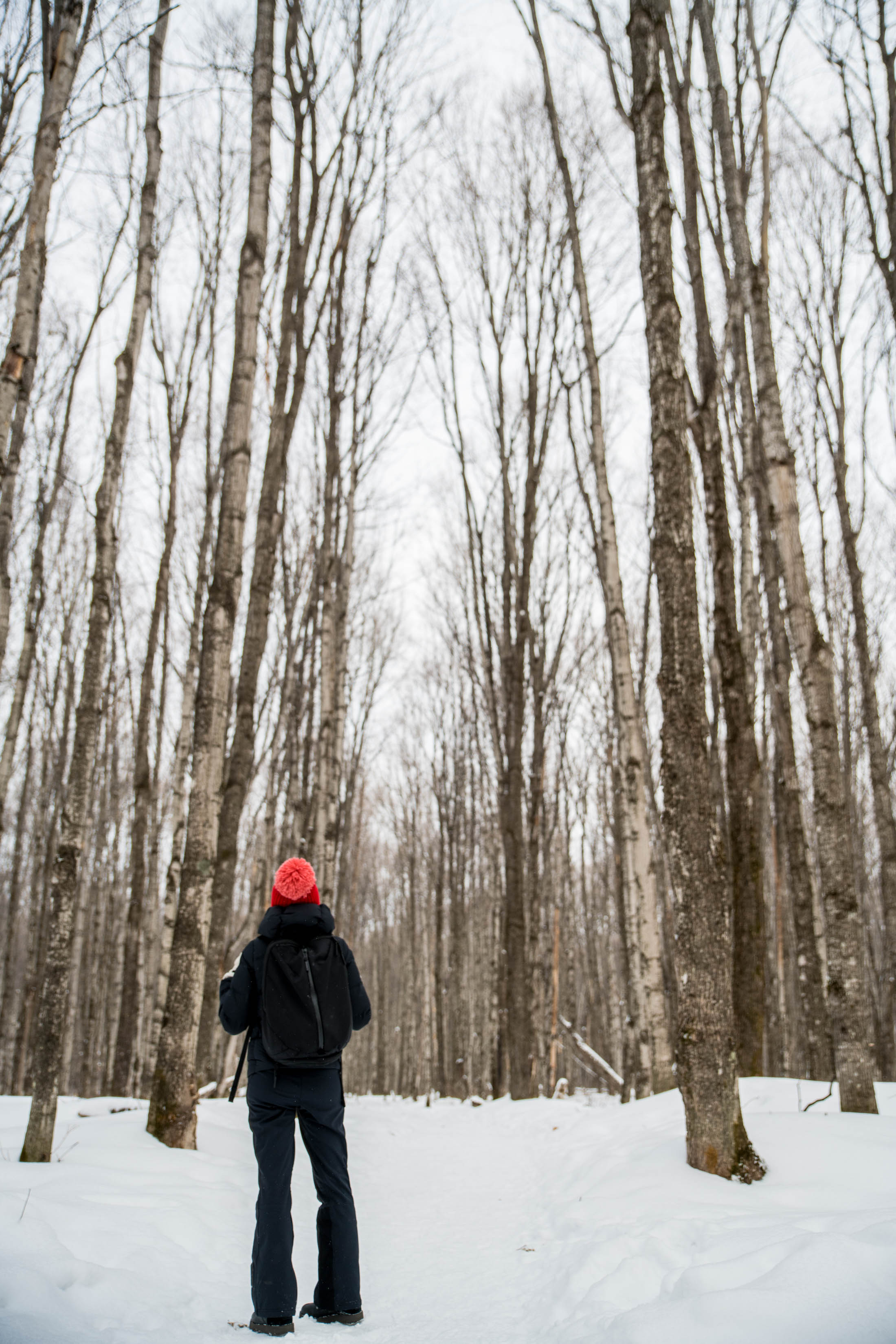 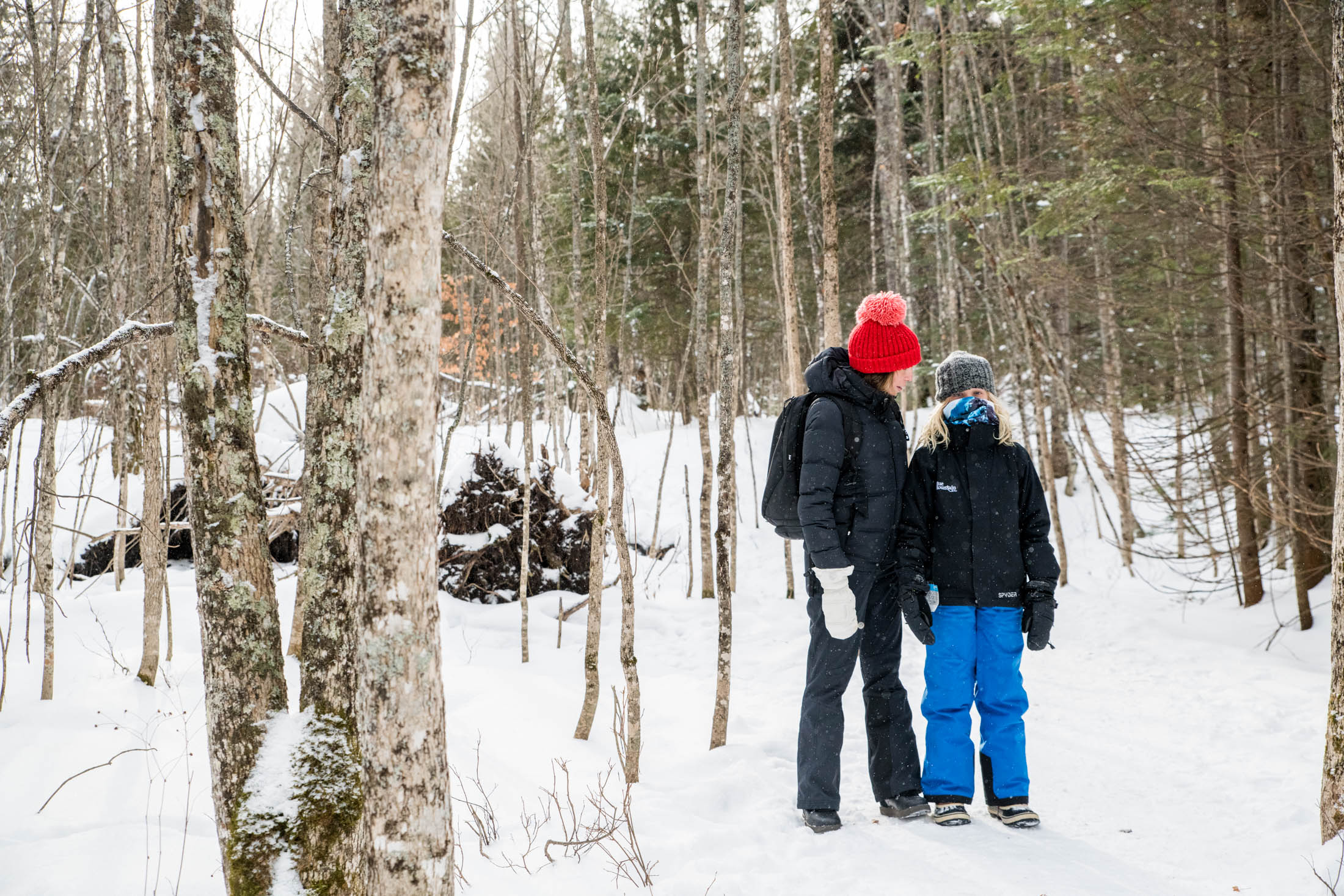 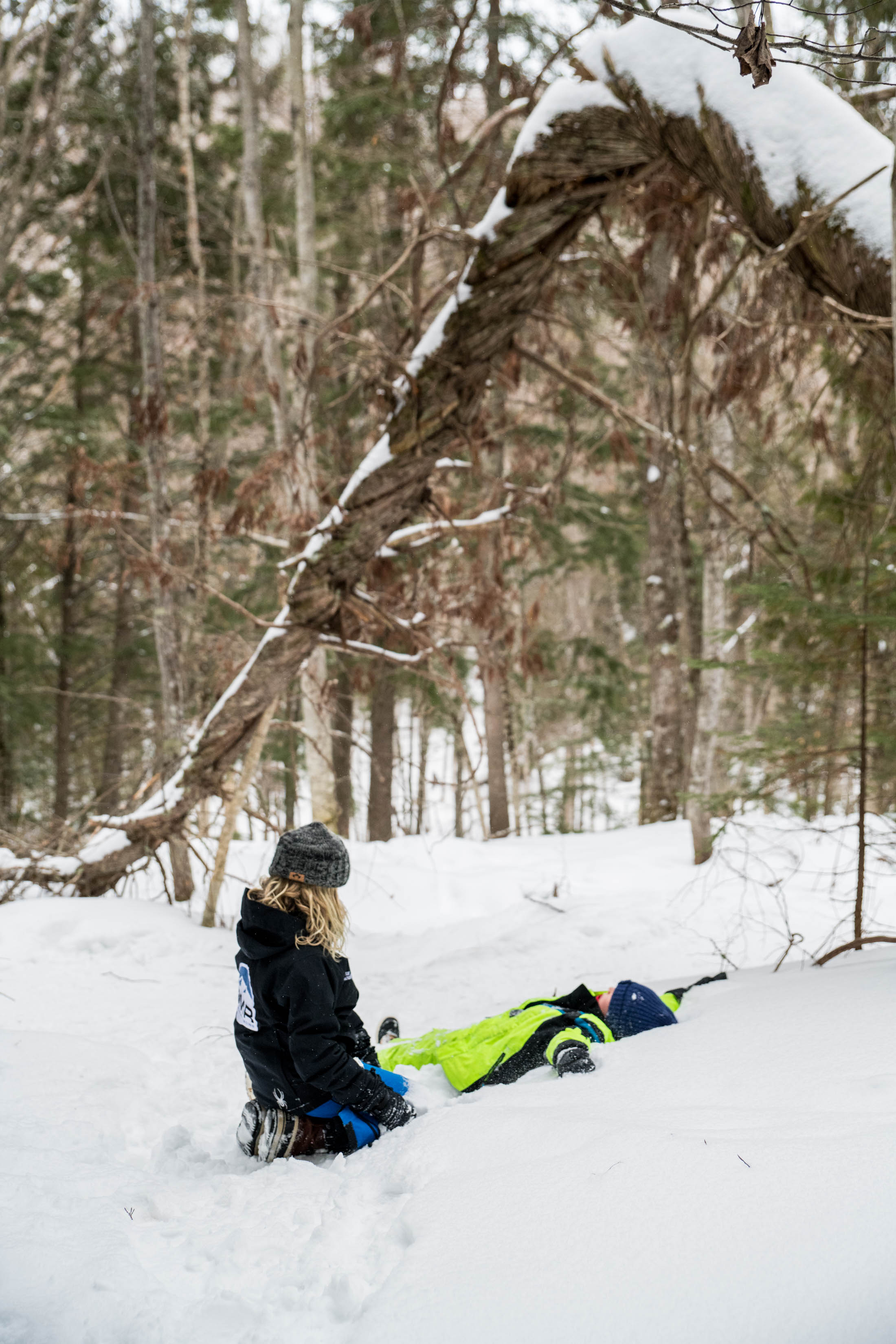 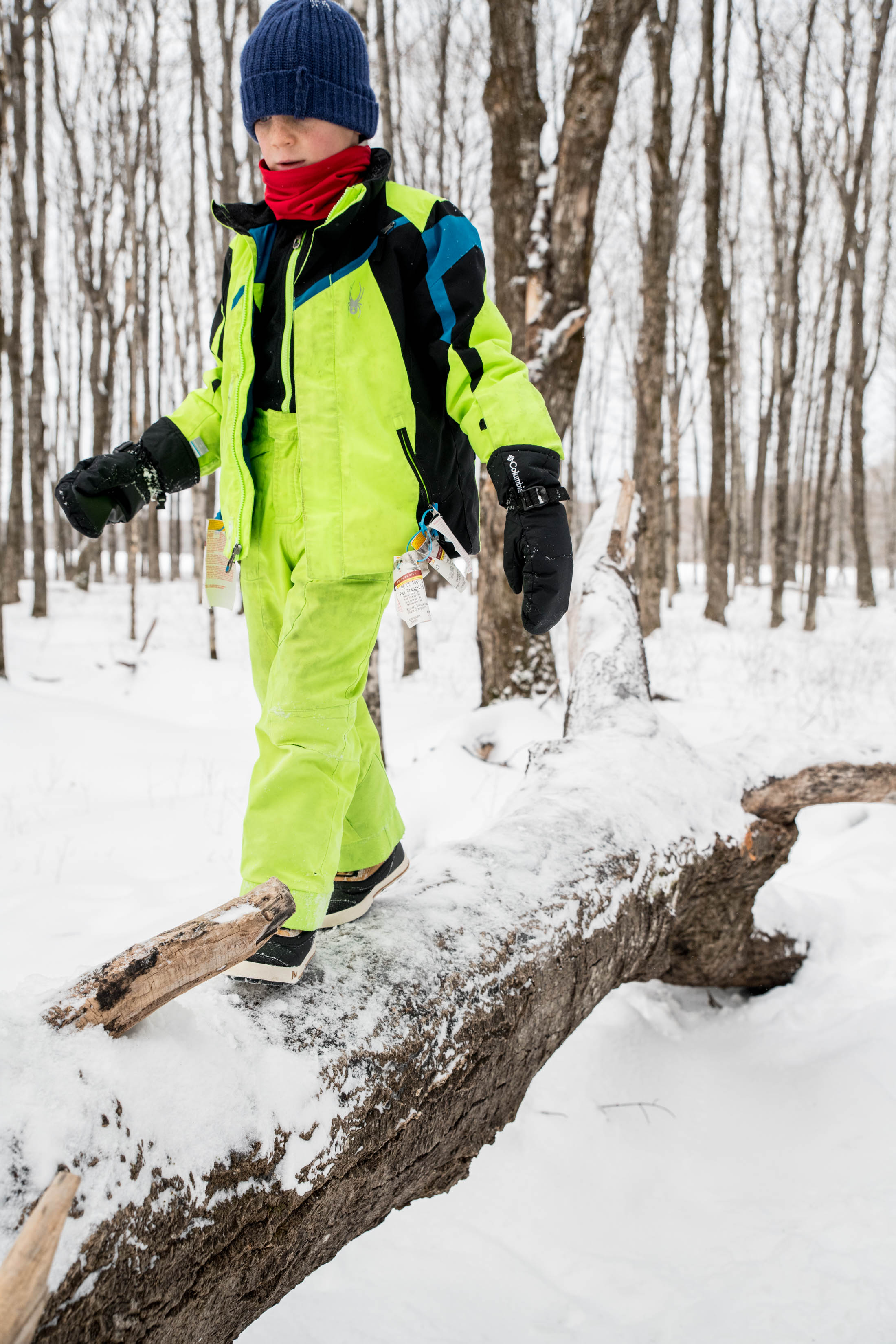 Following the creek bed, you’ll eventually come upon the ice caves. There are two ways to go: if you head towards the creek as soon as you can, this is the easier path. If you miss it, you’ll end up sliding down an ice slide, and then slipping and sliding your way up and down several times. My kids loved the more circuitous route, but my mom was nervous. Either way, you’ll still have to climb up the creek bed to the ice caves. I mention this only because it might be tough with really young kids, or elderly grandparents. That said….we ran into both at the ice caves. 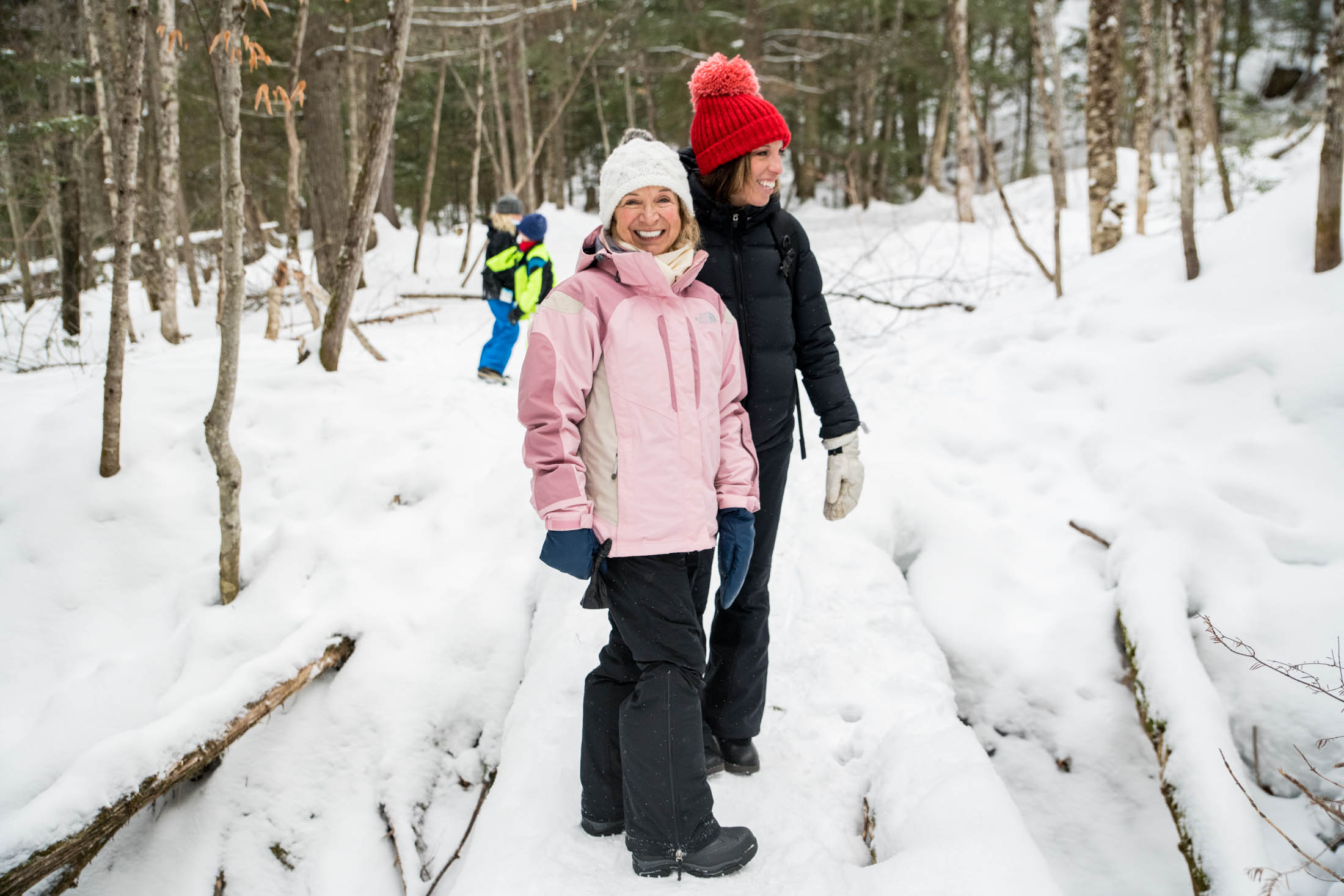 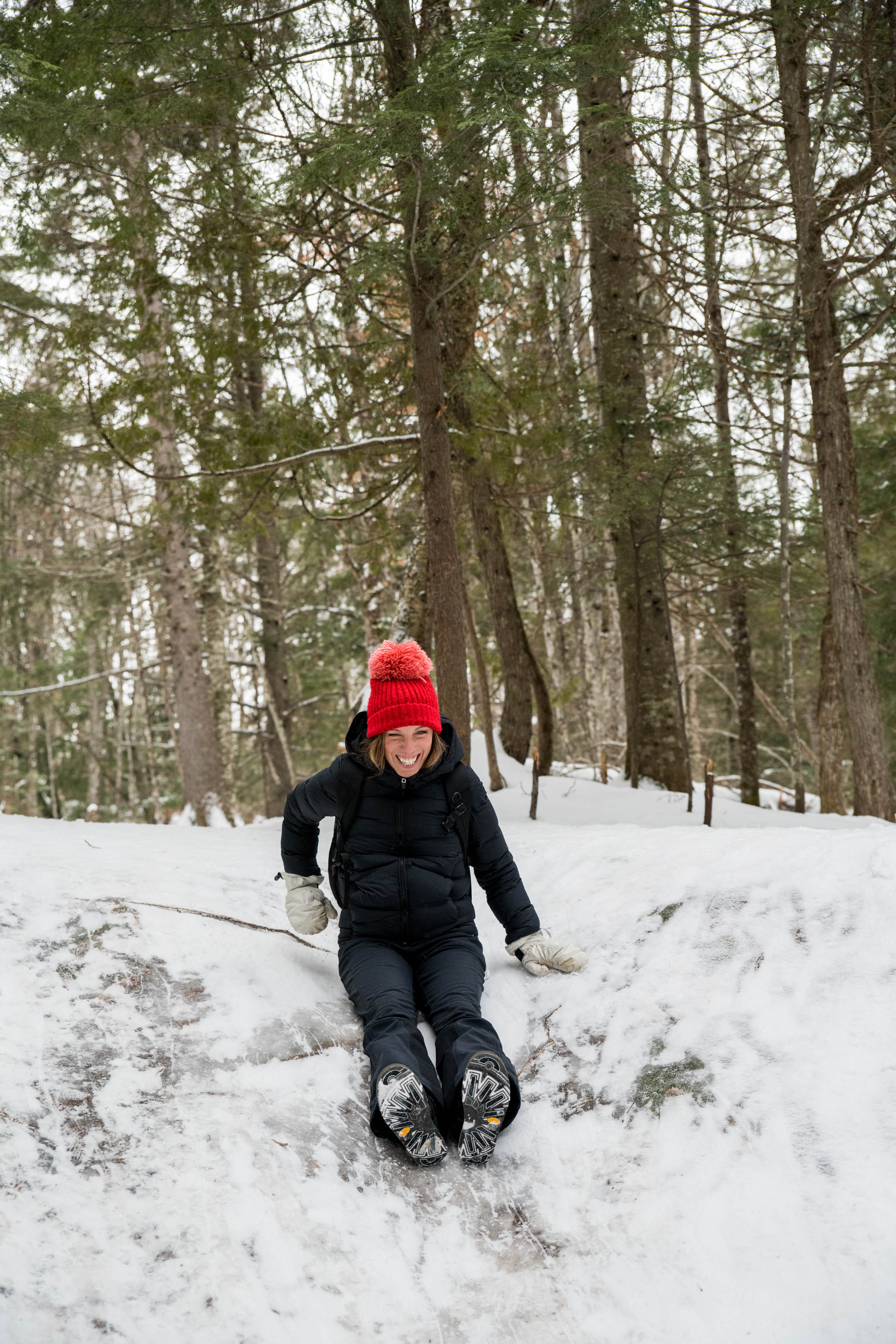 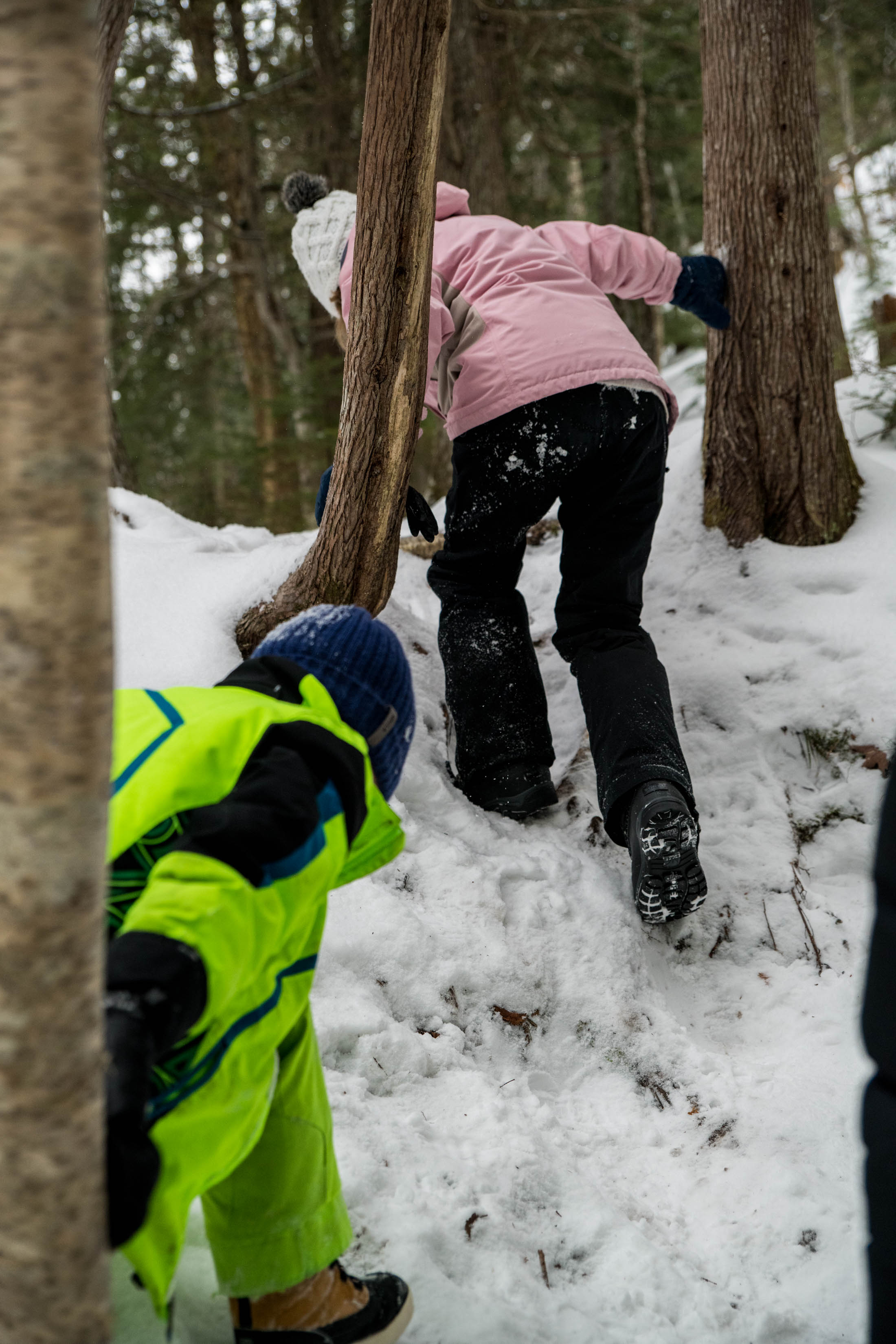 As beautiful as these are, they are still very fragile and slippery. Don’t brace yourself on the icicles — they’ll crash down. I also wouldn’t wear a backpack in the caves. I had mine on for a hot second, it made me slip, and when I braced myself…an icicle crashed down on my arm. It hurt, but worse, I felt horrible. What a rookie mistake — these things are treasures to be preserved for others to enjoy, ya know? So yeah — be careful…but still GO IN. It’s beyond beautiful. 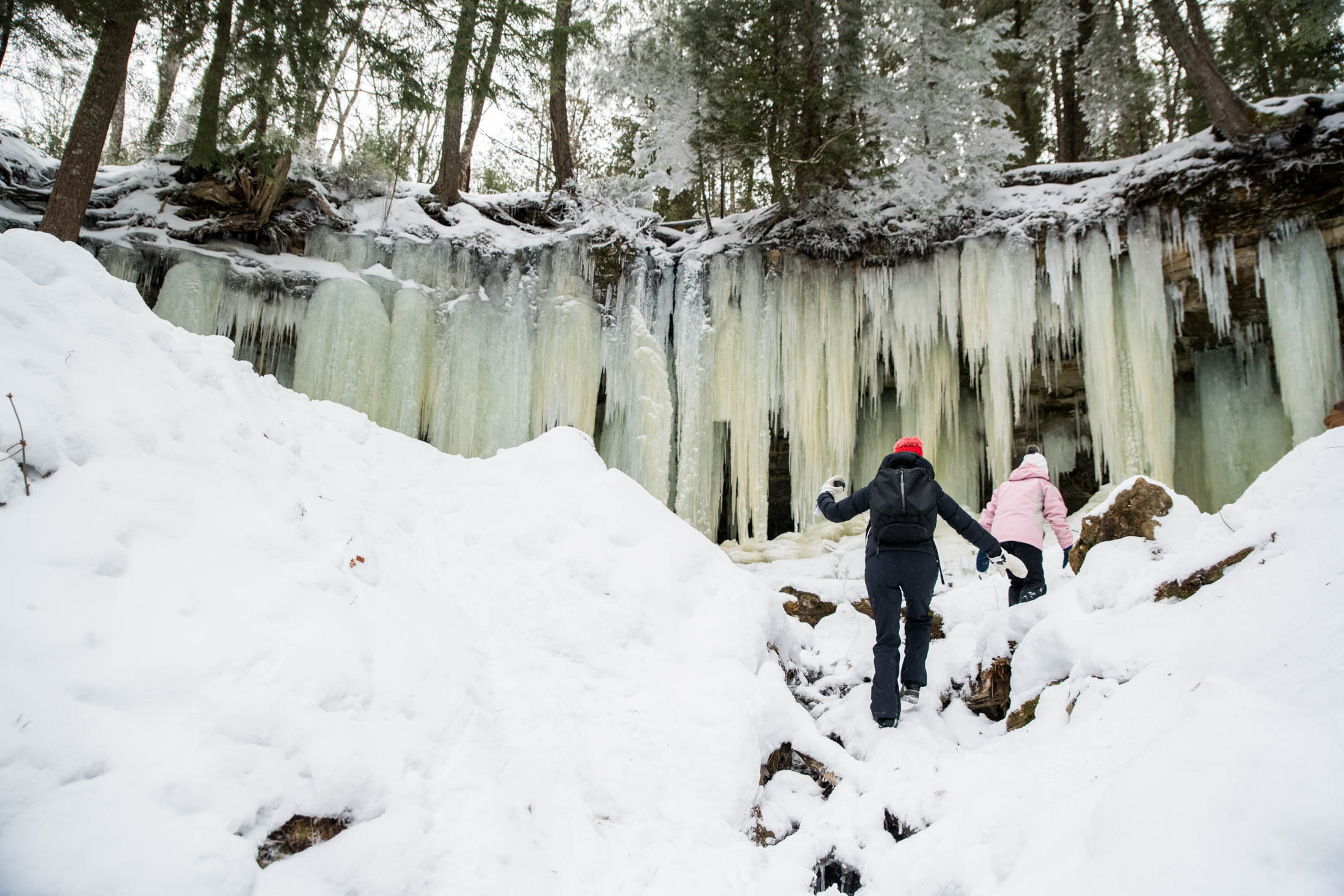 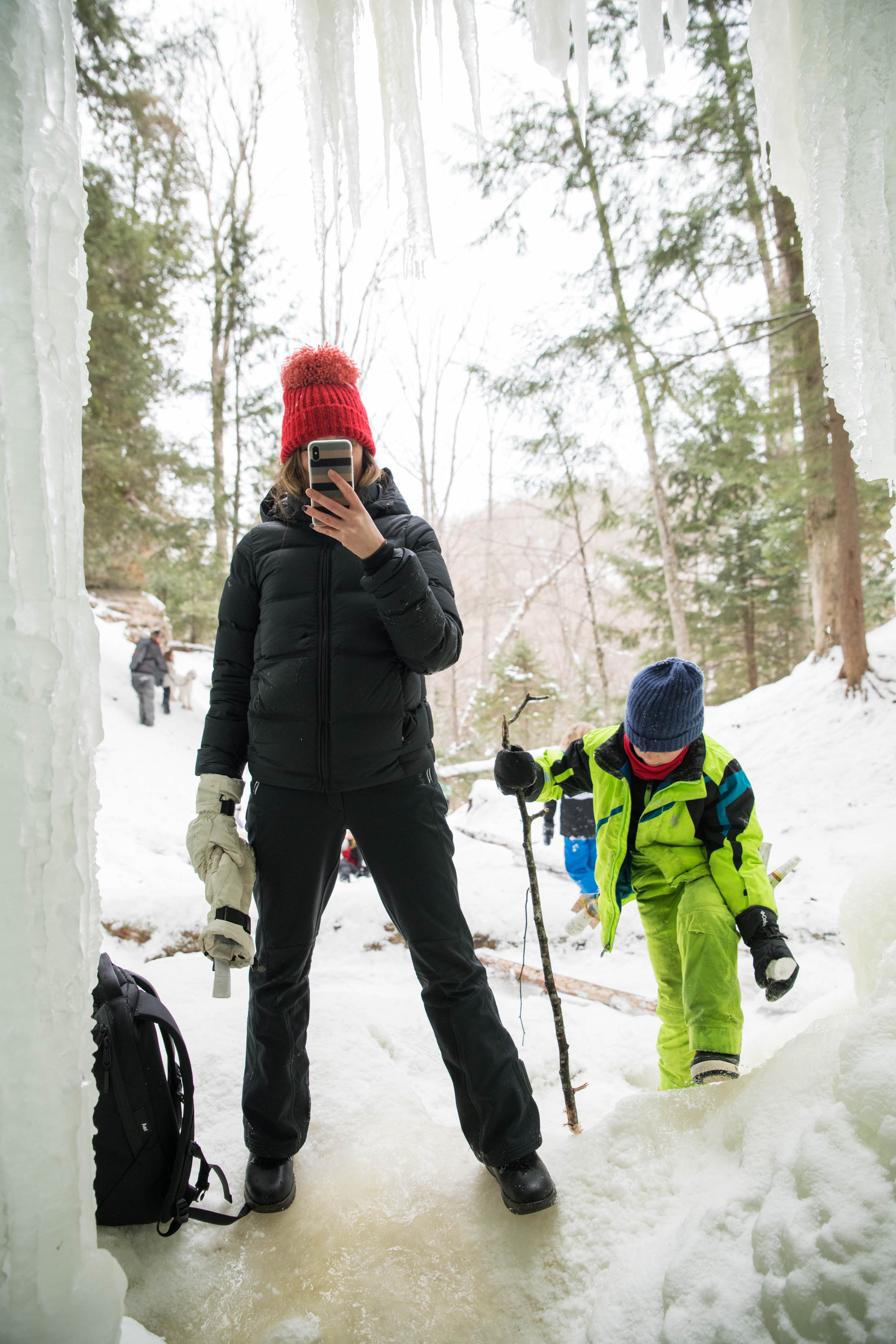 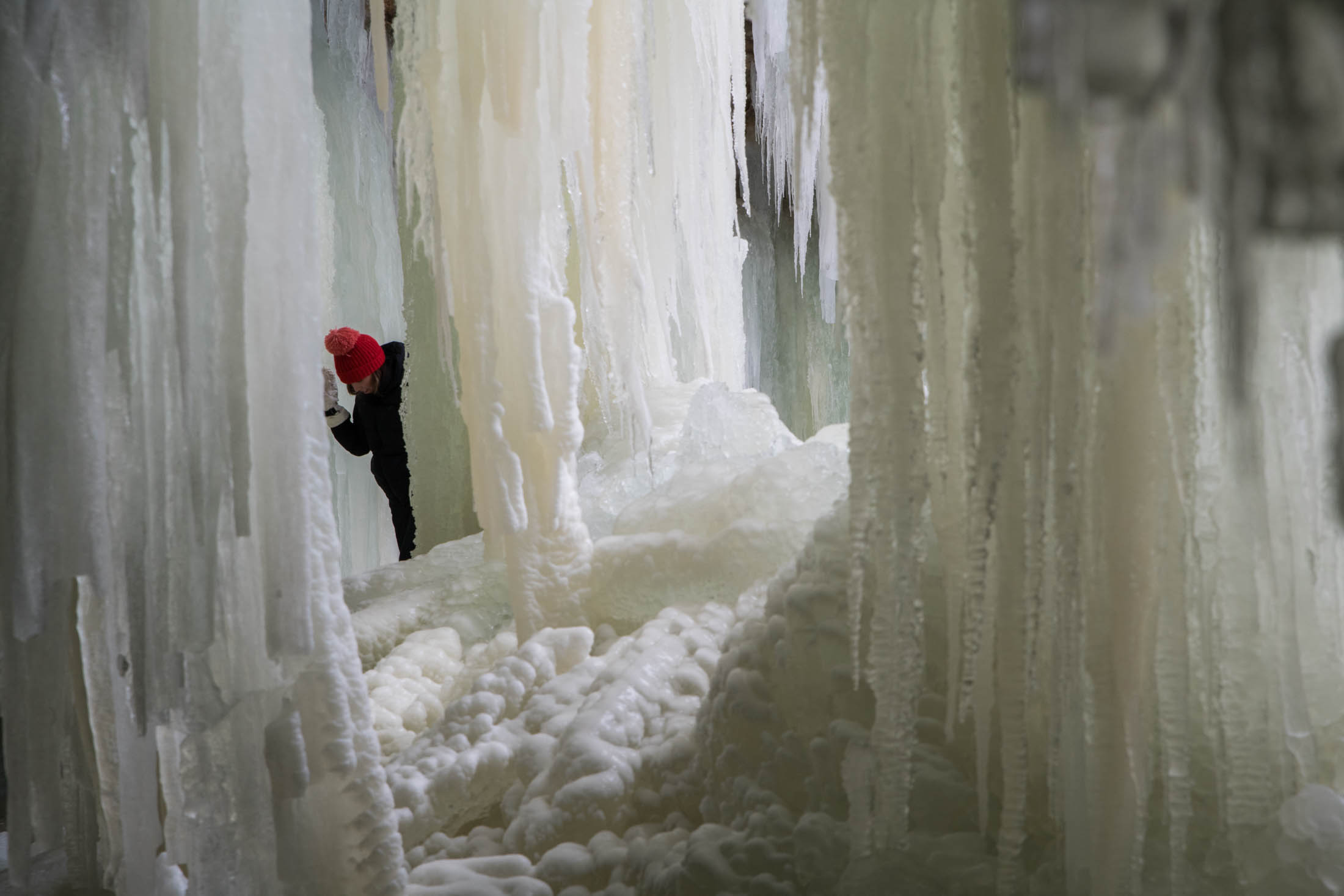 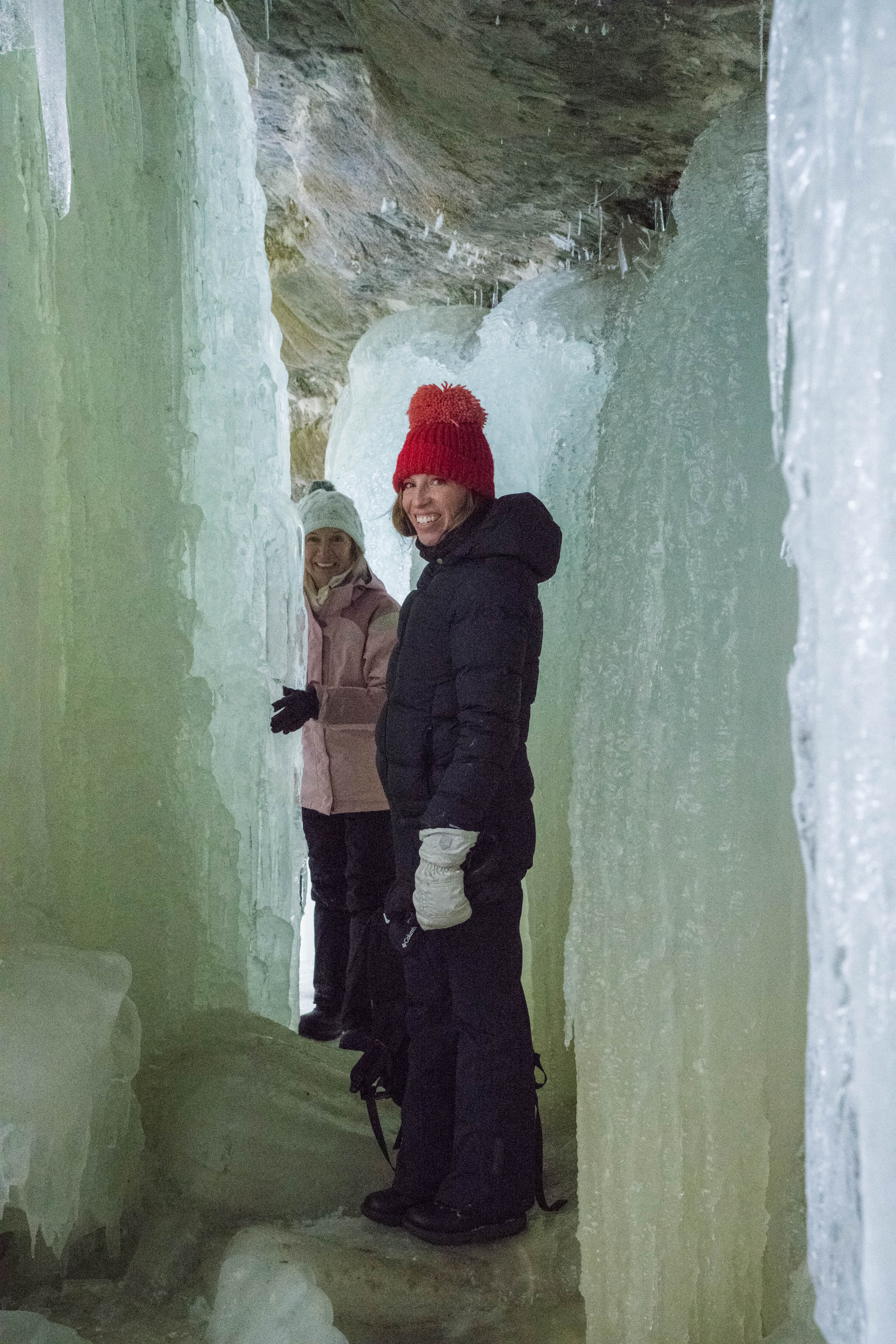 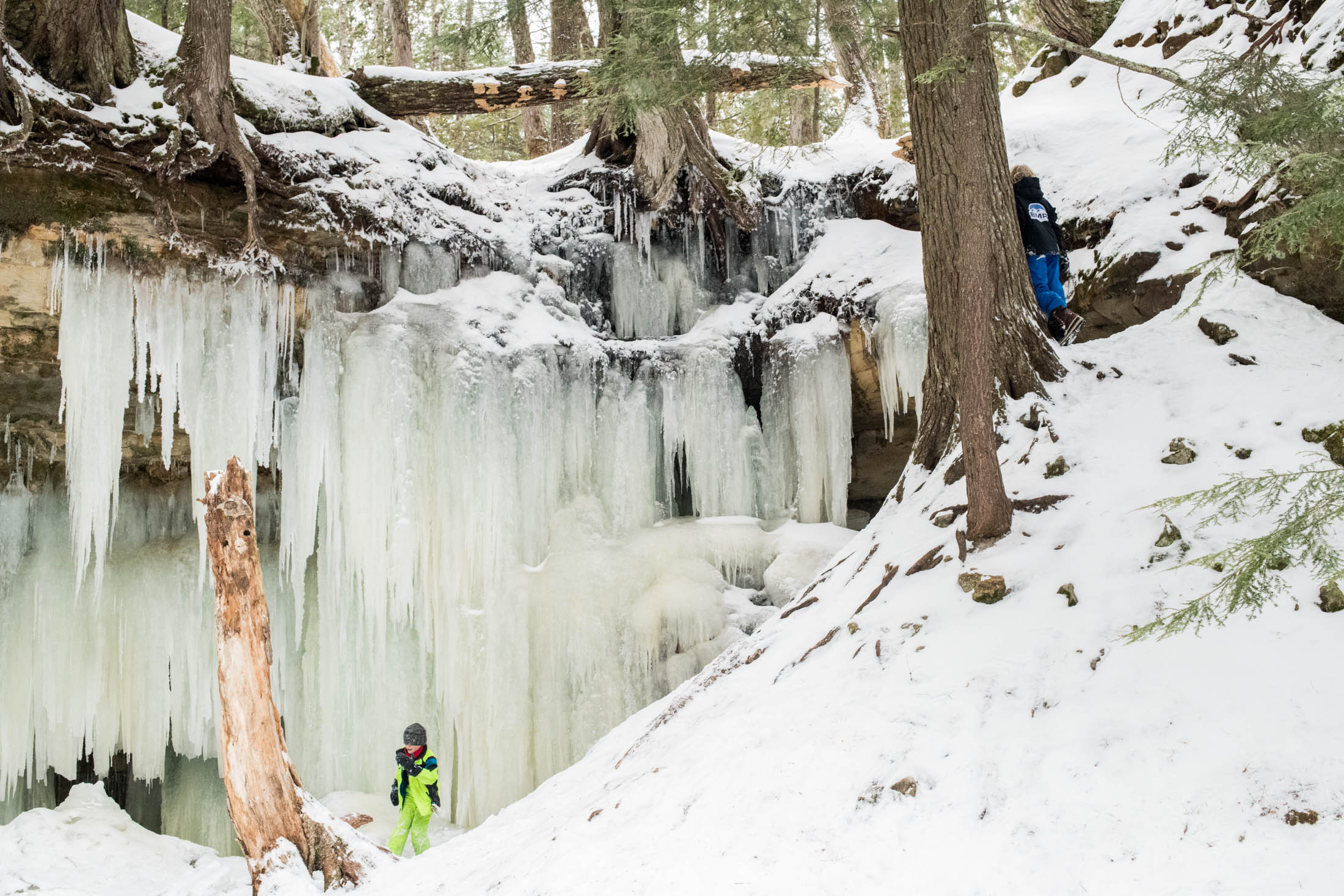 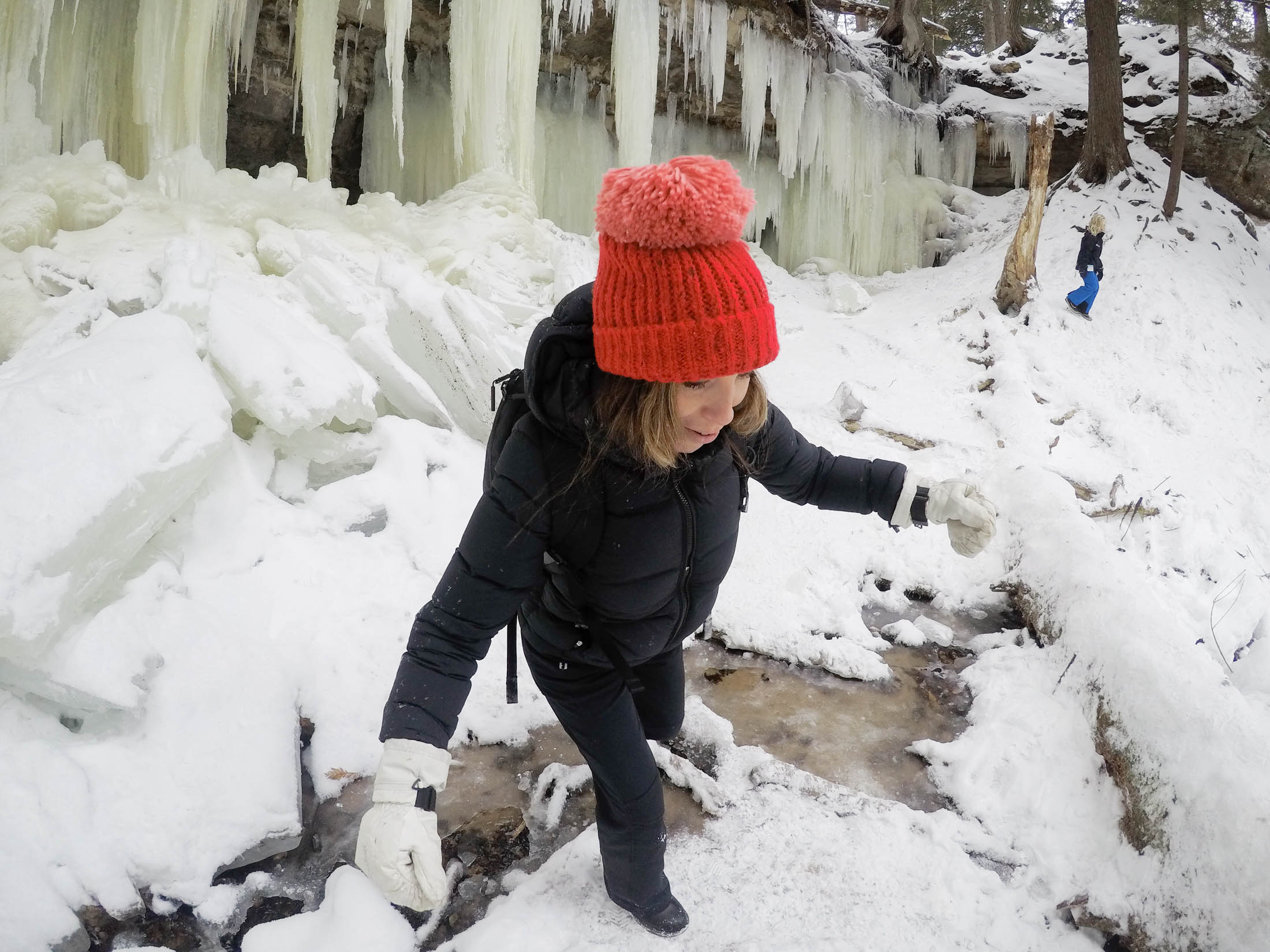 Our original plan was to explore the ice caves and then drive to Lake Superior to see ice formations on the beach…but we ended up being at the caves much longer than planned. And on the hike back out, the kids found that the creek wasn’t frozen (it was early in the season), and….Pax fell in. Not in a dangerous kind of way, but a totally-soaked-and-Mike-had-to-carry-him-a-mile-back-to-the-car kind of way. By that time, the temps had dropped, the snow was falling, and we were all ready for some hot cocoa. 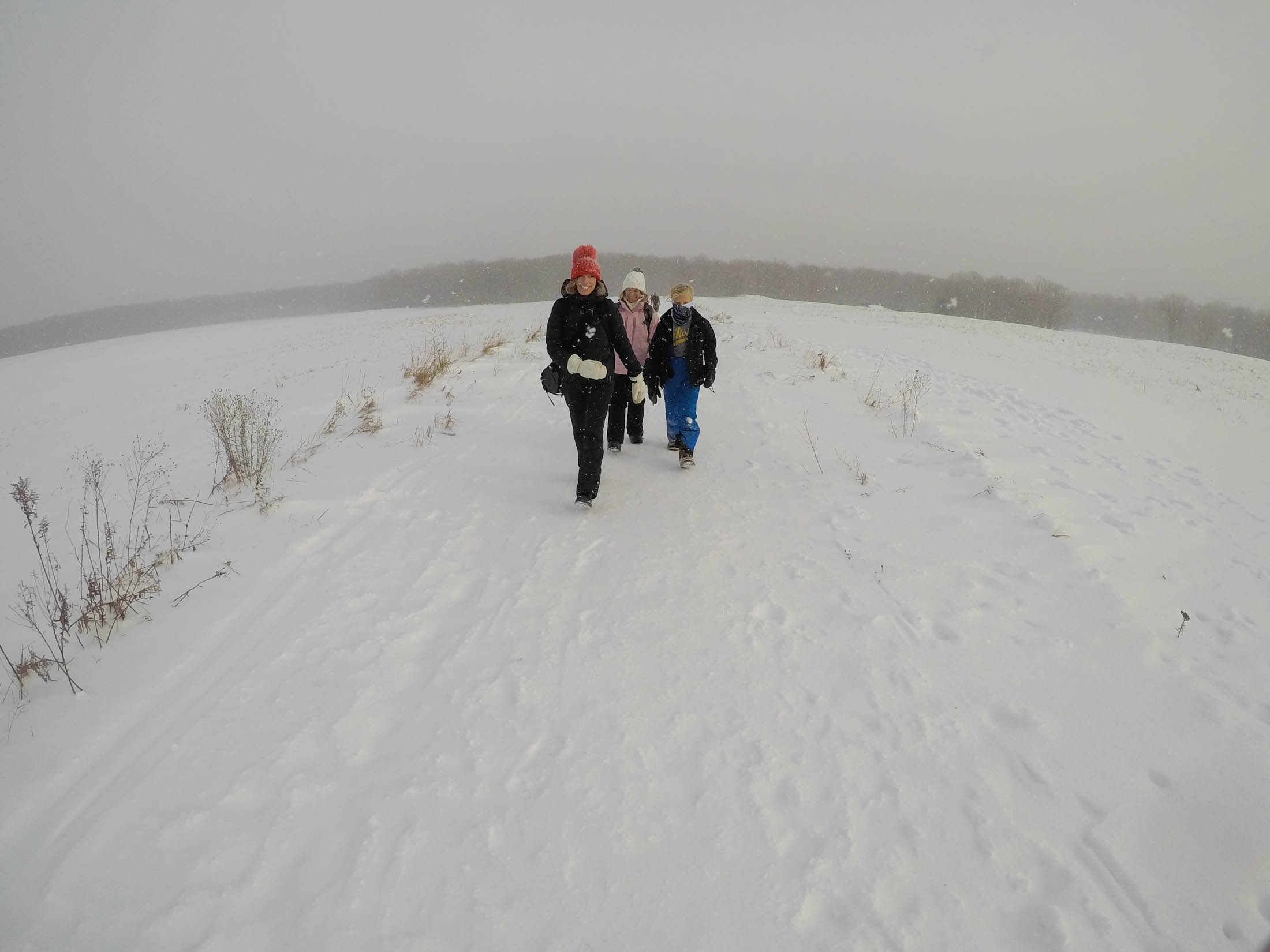 We decided to drive over to Munising to hit the Falling Rock Cafe and Bookstore. Soup and hot cocoa later (with Pax dressed in his base layers, my mom’s extra boots and my ski jacket (seen here))…we were done. It was one of those perfect kind of days. 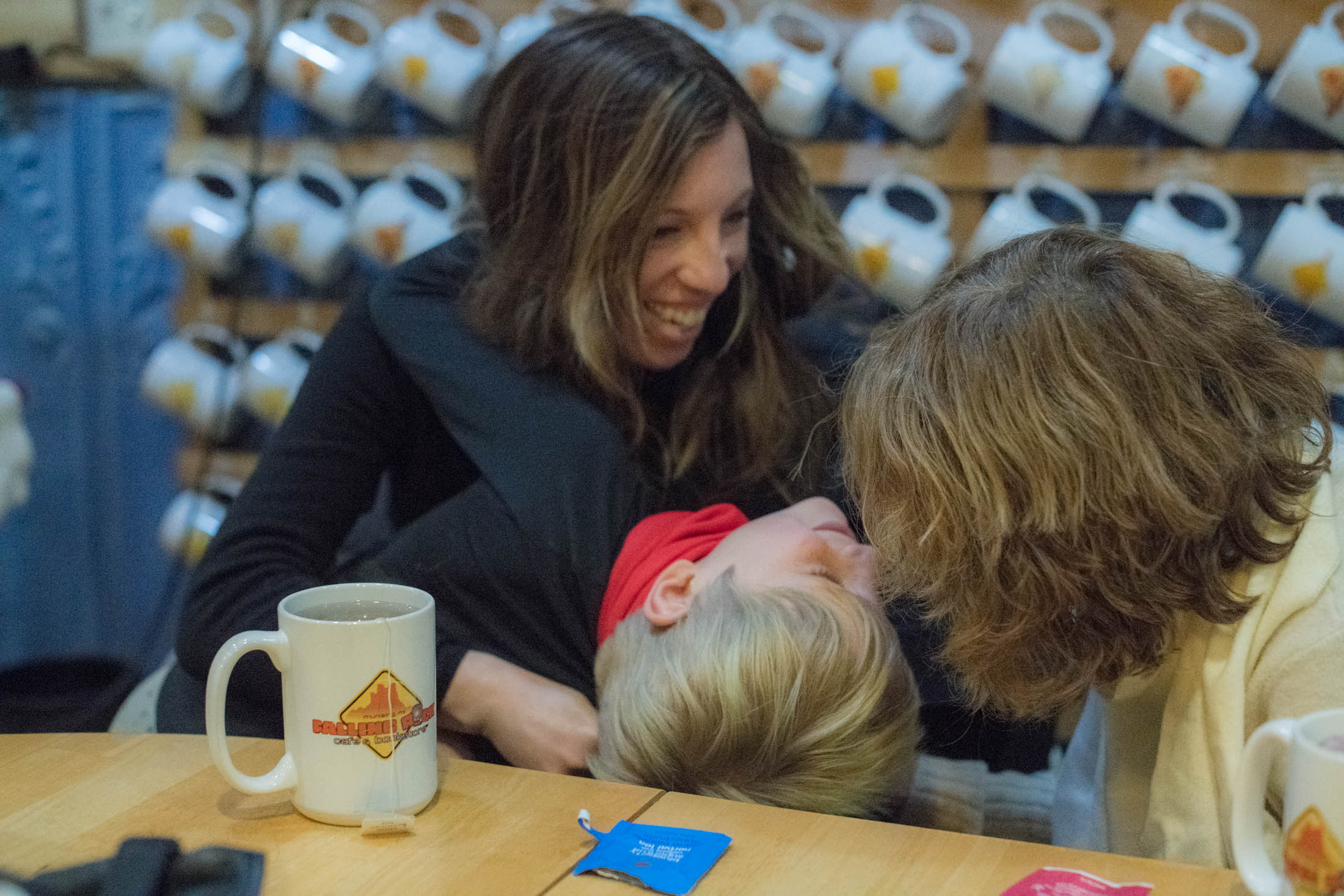 I feel so lucky to have grown up in such an amazing place, and even luckier when I get to share a little piece of my childhood with my own kids. Circle of life and all of that. 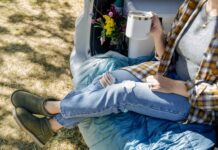 My 5 Cozy Camping Must-Haves From Backcountry 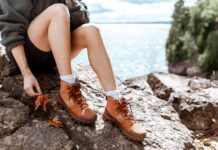 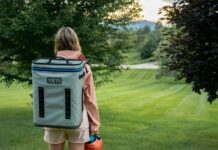