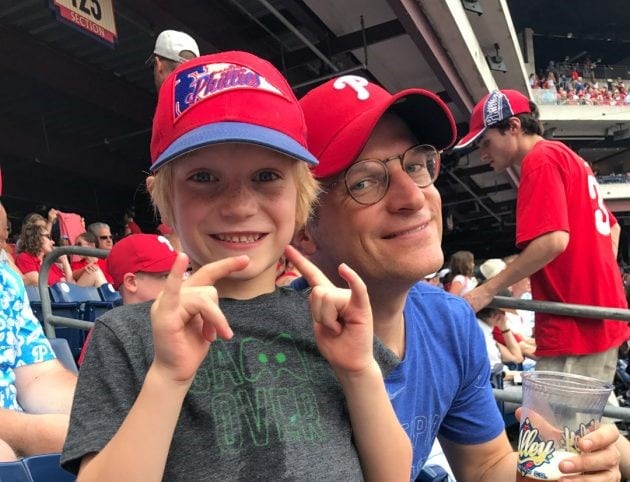 Truly, there’s nothing more boring than trying to buy gifts for my husband.  It’s not necessarily hard, per se, I could just walk into an Apple store and come out with something (anything) that plugs in, but chances are if there’s something he wants, he’s probably already bought it for himself.

Case in point?  This indoor basketball net.  Mike asked me to gift this to him FOR FATHER’S DAY, so I did.  The only problem?  When it arrived in the mail a few weeks ago, Mike tore into it excitedly, immediately put it up, and he and the boys have been playing ever since.  I’m tempted to just wrap the ball, but I don’t think the Littles get that level of sarcasm yet.  SIGH.

I do have a few tricks up my sleeve.  I’ve managed to find a couple of gifts over the years that he has actually loved (and there are one or two more that he just gifted himself, but still recommends to anyone who will listen).  Laura also has had some hits in this arena, and Alexis, our new editor, came up with ONE (for her own Dad). The rest of the TME staff?  NOT HELPFUL.  Ugh.  Shopping for guys is the WORST. 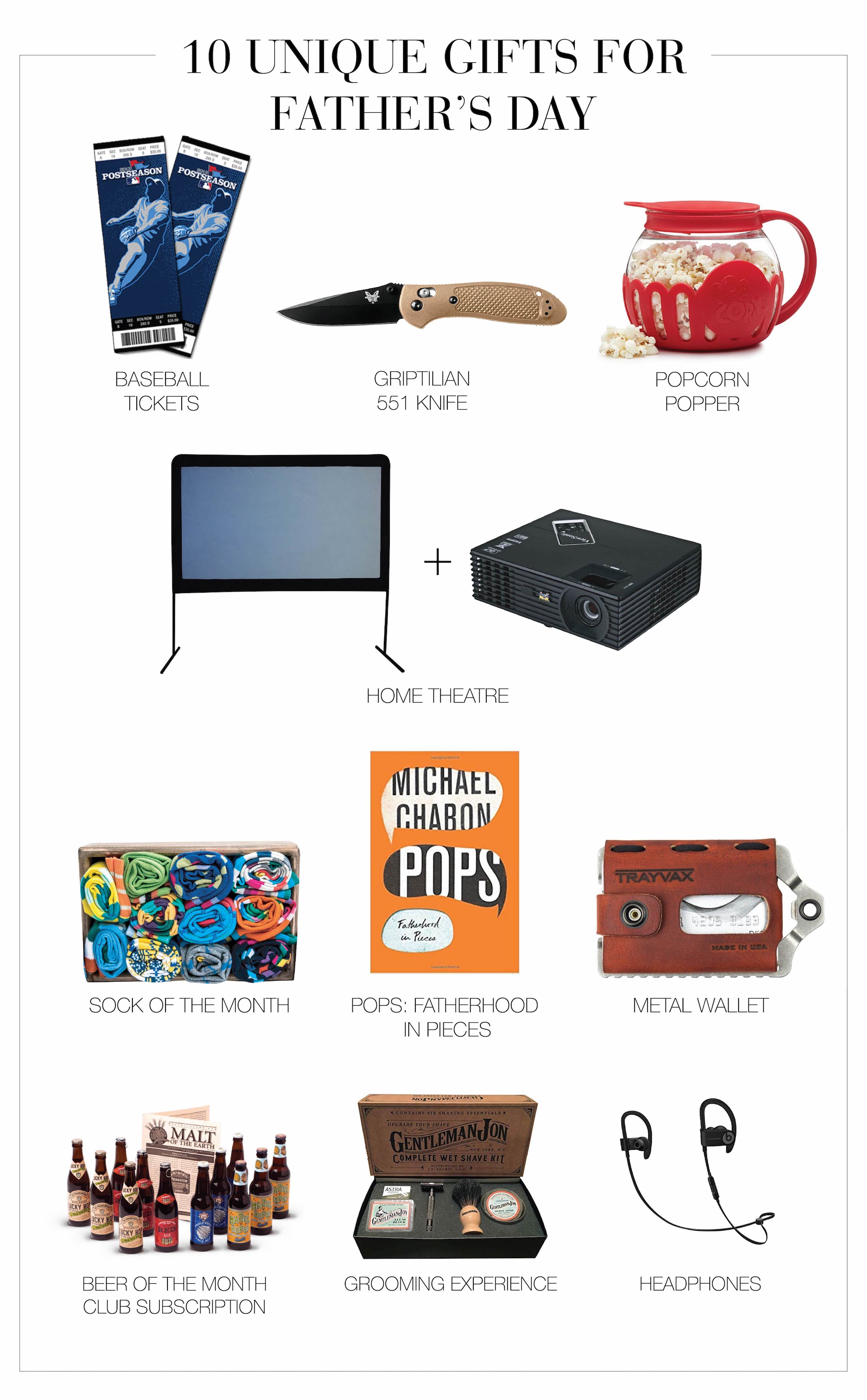 1. Take Him Out To The Ballgame

This is my default, go-to gift.  Every year.  Because it’s Father’s Day (or his Father’s Day gift, anyway), I usually splurge on good seats.  Years past I’ve even wrapped up some sort of Phillies swag – a hat, a cute tee, whatever.  J.Crew is selling 47 brand, maker of my fav sports tees for guys right now. 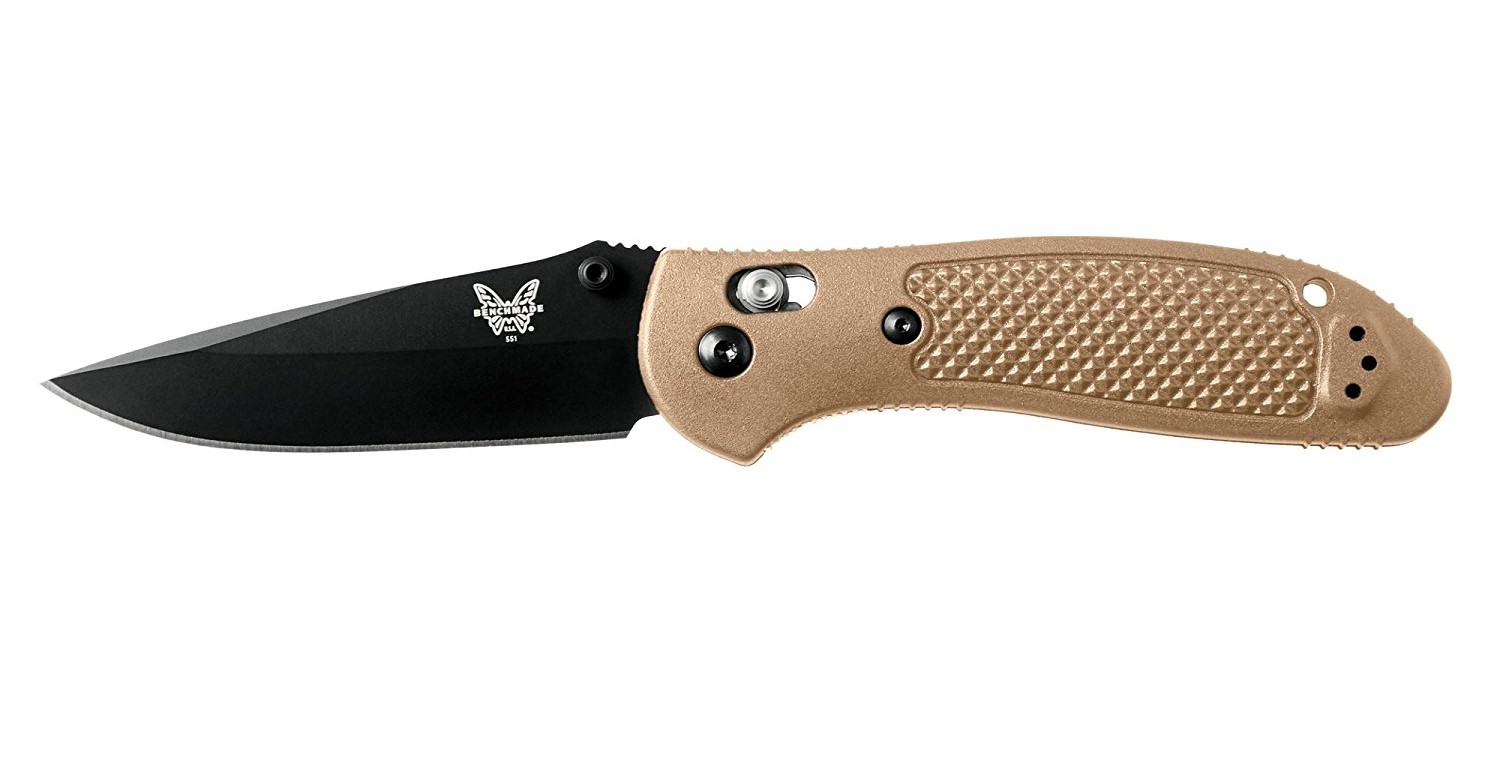 Hey, Laura here.  Pinky adores this knife not only for fly fishing, but for everyday. It has a super high-quality blade, and amazing balance and ease when opening. He breaks down boxes like a ninja now. And I’m pretty sure he feels super badass about it.

3.  ‘Cause Everybody Loves Popcorn (at least they SHOULD) 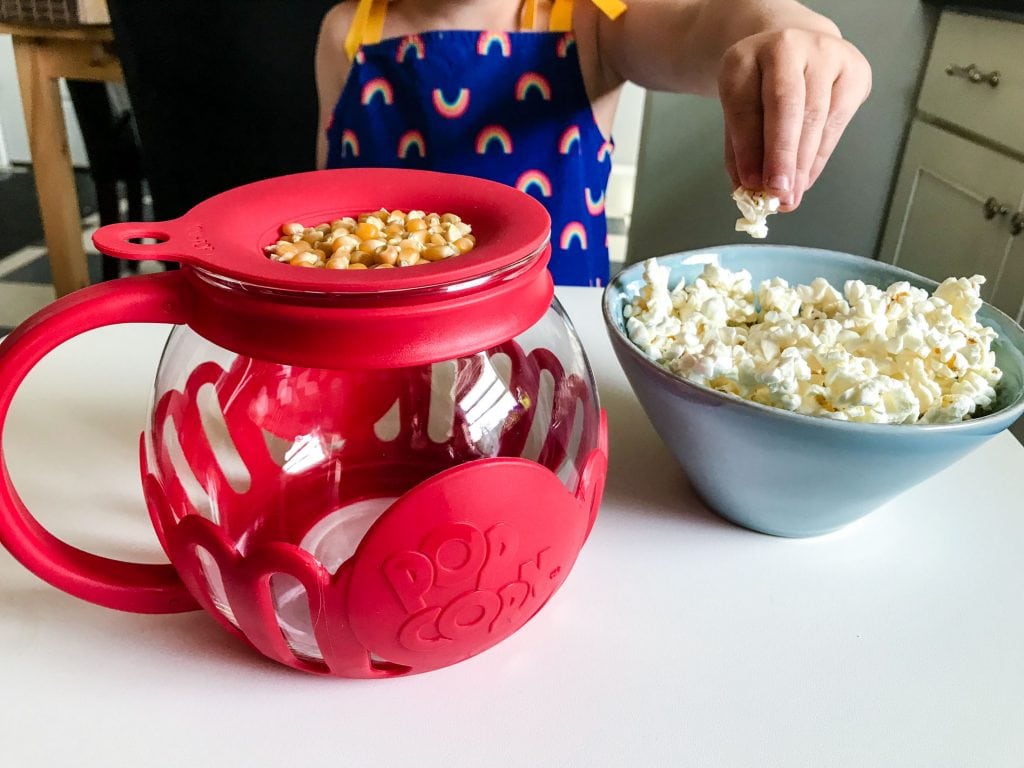 Laura again!  Who doesn’t love popcorn? I love that this glass popper goes in the microwave, but uses your own kernels and oil instead of having to make the bagged kind with all the ingredients I don’t want. We love family movie nights, and Pinky usually makes the popcorn. This will make his job that much easier! Comes in this mini size or a 3 quart family size. The lid not only measures the kernels, but also allows you to melt butter on top while popping! Our favorite topping? We sprinkle hot popcorn with nutritional yeast. Yum!!!

This is one of those that Mike “self-gifted” in the past.  But it’s seriously so freaking cool.  When we lived in the burbs, we’d regularly set this bad boy up in our driveway and do movie nights for the neighborhood kids.  We’d also light a bonfire so the adults could sit around and have a drink.  It was pretty glorious.  In the city, this *could* work on a sweet roof-deck….but we’ve managed to make it work a few times on our back patio.  It just feels more….exciting to watch movies outside.

Note from Mike: You’ll want some sort of portable speaker.  We used our Beats Pill, for example. 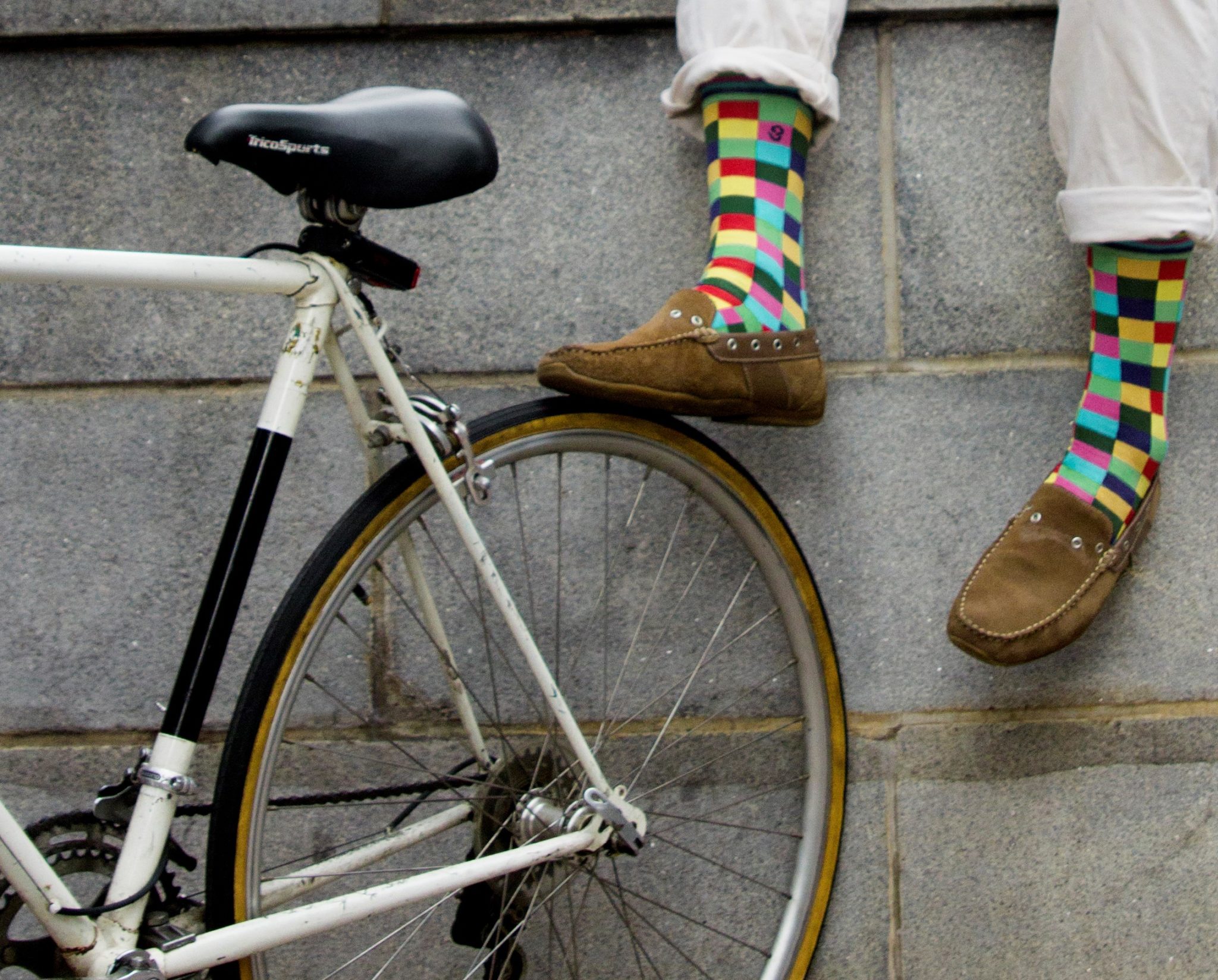 Sock of the Month Club Subscription

This was one of Mike’s favorite gifts.  He’s constantly losing socks, putting holes in socks, and asking me for….you guessed it….more socks.  Soul Socks’ monthly subscription not only sends a pair of socks every month, but they send seriously fun, patterned socks that perk up Mike’s typical suit rotation (and also look cute with jeans). 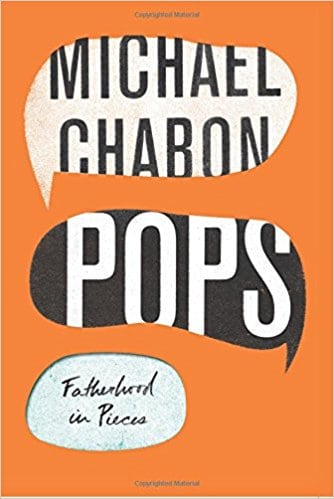 So I’m an editor, therefore, I’m not afraid to geek out — often — including when it comes to gifts. I’m also one of ‘the divorced ones’, so I give my gift nod to the perfect present for my dad. He’s one of those people who has everything, and will buy (or make) anything else he wants. Also — Goose (my daughter) calls him ‘Pops’ so the title is a match. Chabon’s collection of essays is mostly a reflection on his relationship with his children, but also pays homage to own father — so it’s a great choice for someone at my dad’s stage in life. That being said, I’m pretty sure any potential partner of mine would appreciate this Chabon hardcover as well, because #ikeepitbookish. xo, -Alexis

7.  If You’ve Met Mike, You’ve Heard About This Wallet 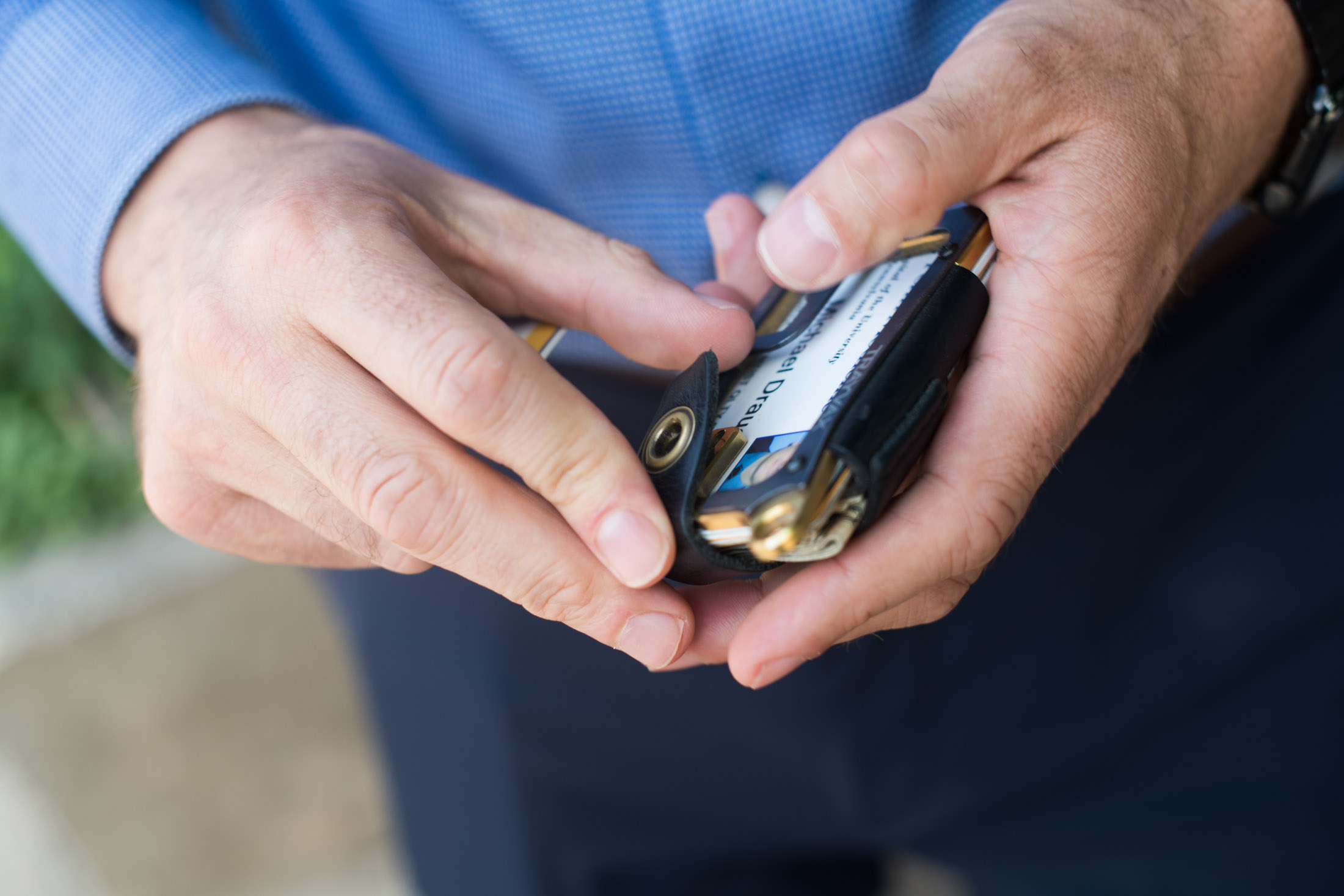 Mike waxes poetic about this wallet at every opportunity.  He describes it as a “minimalist wallet that is super functional and durable….with a bottle opener.  Which makes it the “best wallet ever.”  And he’s successfully taken it through TSA, FYI. 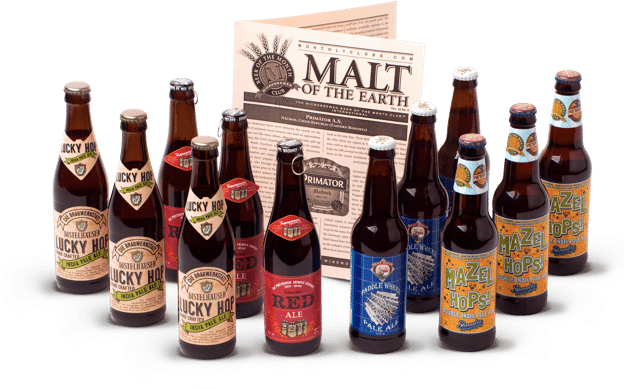 Beer of the Month Club Subscription

This one would be an easy win.  There’s different types of subscriptions – I’d probably gift Mike with the Hop-Heads one, it’s IPA heavy – but they all look fun.  Although….Mike loves nothing more than wandering through those beer stores that let you build your own six-pack (for roughly 5 million dollars).  Maybe I’ll just give him a gift certificate to one of those places and let him go nuts. 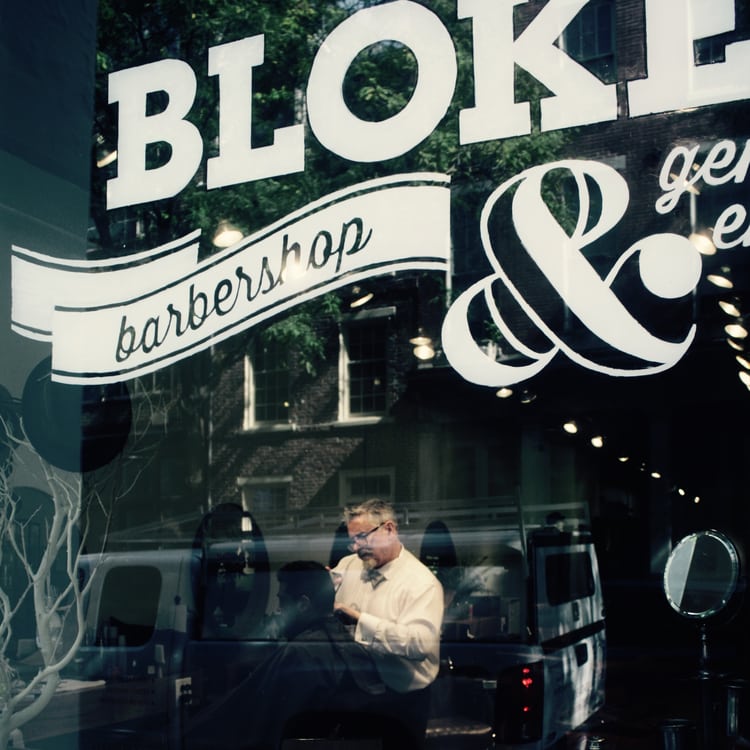 Admittedly, this gift might be best for the hipster Dads.  But the whole experience could be a pleasant surprise.  Most of these places really go all out, hot towels, straight razor, fancy shaving cream — the works.  Some places even do a mask at the end. If you’d rather do it yourself, this set looks like the real deal.  Although, Mike would prob just prefer a refill of his favorite shaving cream. 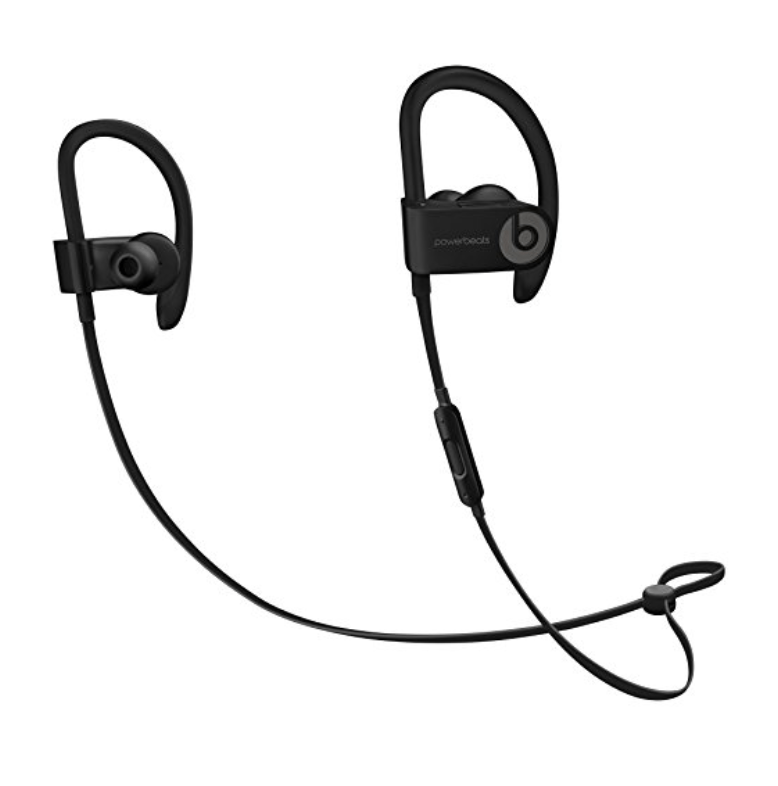 These headphones are an easy win.  Mike wears them to work out, wears them walking to work….and we found them because a buddy of his described them as his ‘best gift ever’.  So there you go.  The reviews are low, but that’s because people like to hate on Beats for some reason.  Mike’s no audiophile, but these are his go-to headphones.

Of course, the only gift Mike really wants is basically me + new lingerie.  Guys are easy that way. 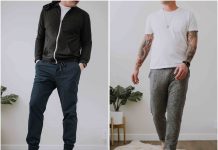 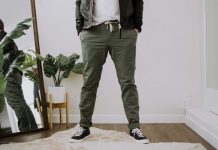 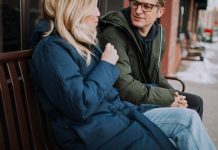