My plight of unrequited green-ness is well documented here, but on this, the 40th anniversary of Earth Day, I want to celebrate what I think I am doing right for our planet and for the future of my kids.  Here are five changes that I've found to be really easy.

1.) BioBags
For our family, this is one of the biggest no-brainer eco options out there.  We've been using BioBags for several years and are really happy with them.  Biobags, which are made out of corn, are compostable and biodegrade in a matter of months (not 20+ years).  They're better for the environment than polyethylene biodegradable bags (which actually just break down into tiny bits of plastic) because in addition to being completely compostable, they are also made from a renewable resource.  Are they as "good" as plastic kitchen waste bags?  I won't lie, they're not the latest force flex. They will explode if you crush and stuff them like you do a plastic bag, but wouldn't you feel better reducing the amount of plastics you're putting in the landfill and knowing that your non-recyclables aren't fossilizing?

OK, if not cloth diapers, how about cloth napkins?  We stopped using paper napkins and paper towels almost entirely (I keep cocktail napkins around for guests and parties, though, I have to admit) and the transition was seamless.  Buy 10-12 inexpensive cotton napkins from Pier One or some other such retailer for $2 or less (check the clearance bin!) and keep them someplace convenient.  We use ours one or twice then wash with all the other crazy mounds of laundry we're already doing anyway.  Sometimes I dry them, but they actually look better when I just snap them out and dry them on a rack.

3.) Air Dry Your Laundry
It's a sad fact, but for me, and I think for most people, doing the green thing needs to be as easy as possible.  We live in such a convenient world (ok, country), that it's difficult to make even small changes and slight efforts when we don't have to.  For example, when I had to lug my super-cumbersome stand-up drying rack out from the space between the wall and the washer and later watched as my dear boy pluck off each item I'd painstakingly spread on its rods, I air dried my clothes a lot less. But with this accordion-style rack that's wall-mounted above my washer, I just take an extra minute to pop my clothes right on there and call it a day.  Now you're saving energy and lengthening the life of your clothes–easy on the planet, easy on the finances on both accounts.

I see it time and again and it really bums me out: baby gear and toys in the trash.  I don't pluck them out to donate them because I have no way of knowing if they're safe or in good-enough condition for a child to use–only the original owner knows. Believe me, as someone who counts it as an all-star day when I can get my two tiny boys and myself out the door before 10 AM, I know it's difficult to make an extra effort to load up the car and lug bulky toys and gear to a charity, but if you save it up and make one big trip, it's warm fuzzy waiting to happen.

5.) Flush the Poop
It's estimated that 5 million tons of untreated waste go into our landfills each year and we can all do our part in keeping at least some of our babes' waste out of the mix.  I think if you can, cloth diaper.  Other than elimination communication, it is without a doubt the most ecologically conscious way to deal with your child's bodily functions for the first 30+ months of his life.  I cloth diapered my first full time for 10 months but then fell off the wagon and went part time after that, and I now only part time cloth diaper my 7-month-old, but one thing that's stayed consistent is that I flush the poop.  It take just a few extra seconds and I feel good that I'm putting poop in it's place–the sewer–not in our ground water.

What are your best green tips? 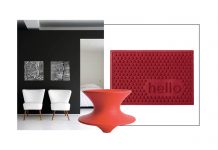 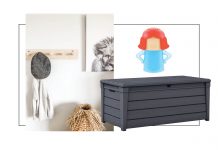 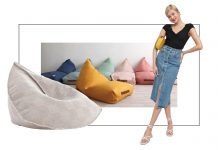