The Mom Edit
Home Holiday 2018 Holiday Outfit Ideas Harry Potter And The Cursed Child Review (Plus, What We Wore In... 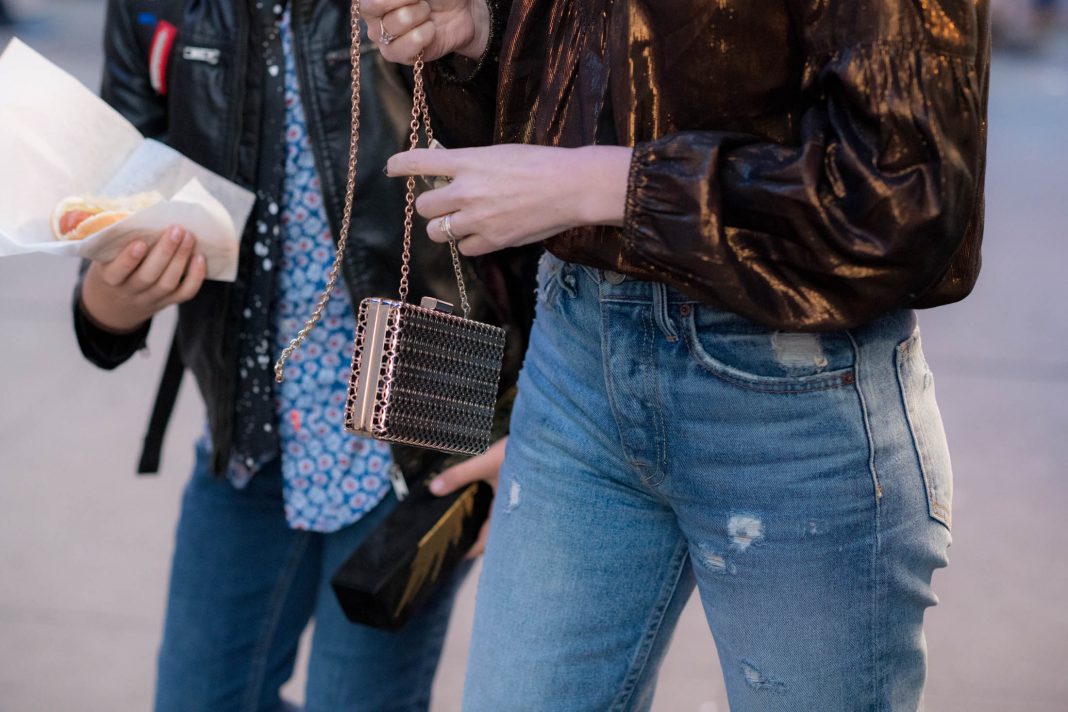 Last weekend, we took my mom and the boys to New York to see Harry Potter and the Cursed Child on Broadway. We’re huge Potter fans around here, and I’ve been trying for the last two years to score some tickets. I mean….OK. I was initially trying to finagle tickets to the London production, but that was a level of complexity (and expense) on a whole other scale. So when Harry Potter (finally) opened on Broadway, I was thrilled. I had put my name on a list, and was notified when tickets went on sale…..twice. Maybe three times. I missed the first few rounds of ticket sales (I had to catch their notification email in time to join an ‘online waiting room’ with 22,397 of my closest friends, and then have exactly one hour to make a purchase…), but in any case, after months and months of waiting, I got lucky.

It took our family a couple of years, but we listened to all seven of the Harry Potter books on tape. Mostly while we drove back and forth from skiing. I’m not exaggerating when I say that one of the greatest joys of motherhood has been sharing the world of Harry Potter with my boys. It really is magical. But we had to work hard to avoid spoiler alerts. There were several playdates/sleepovers where I was all NO HARRY POTTER MOVIES like some crazy person. And then there was the time I got into a fight with a liftie at Breck because he wrote “WHO KILLED DUMBLEDORE?” on the big whiteboard next to the lift lines, and then gave me some sanctimonious speech about how our boys should’ve already KNOWN because “the movies are, like, way old“. Way to ruin it for everyone, dude. What a dick.

In any case, NYC. Broadway. Harry Potter.  We jumped on the train in Philly, and cruised into NYC for the day. 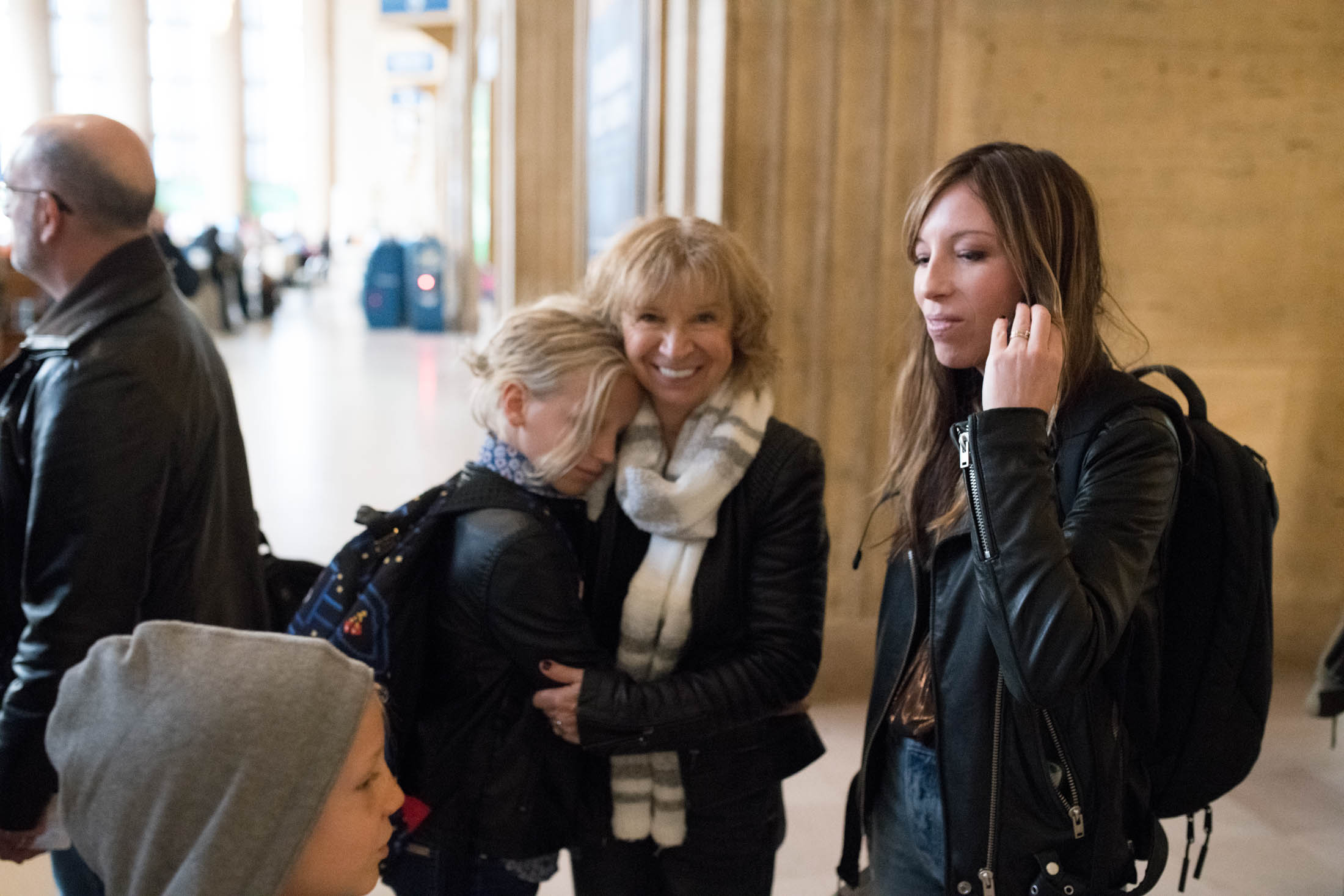 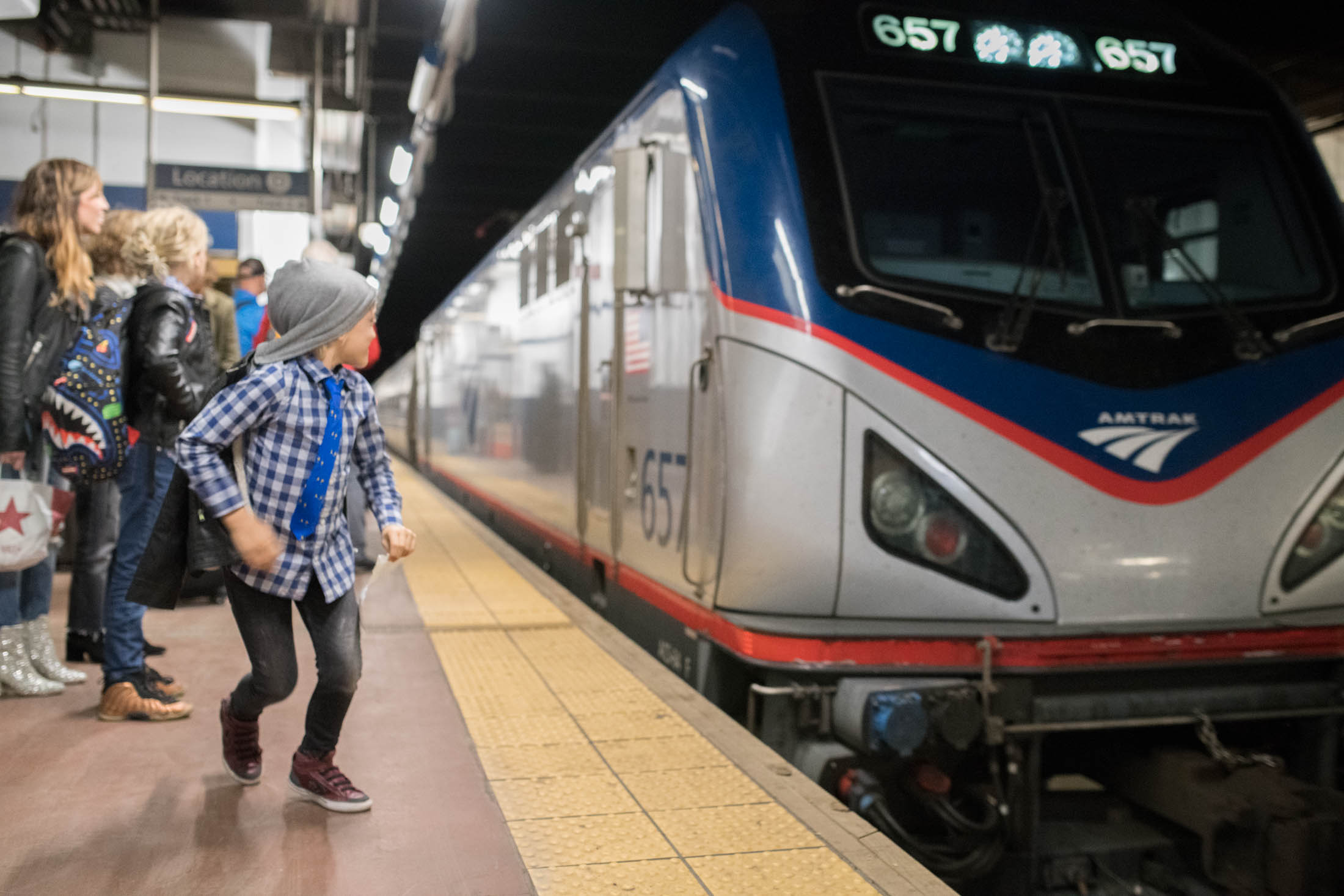 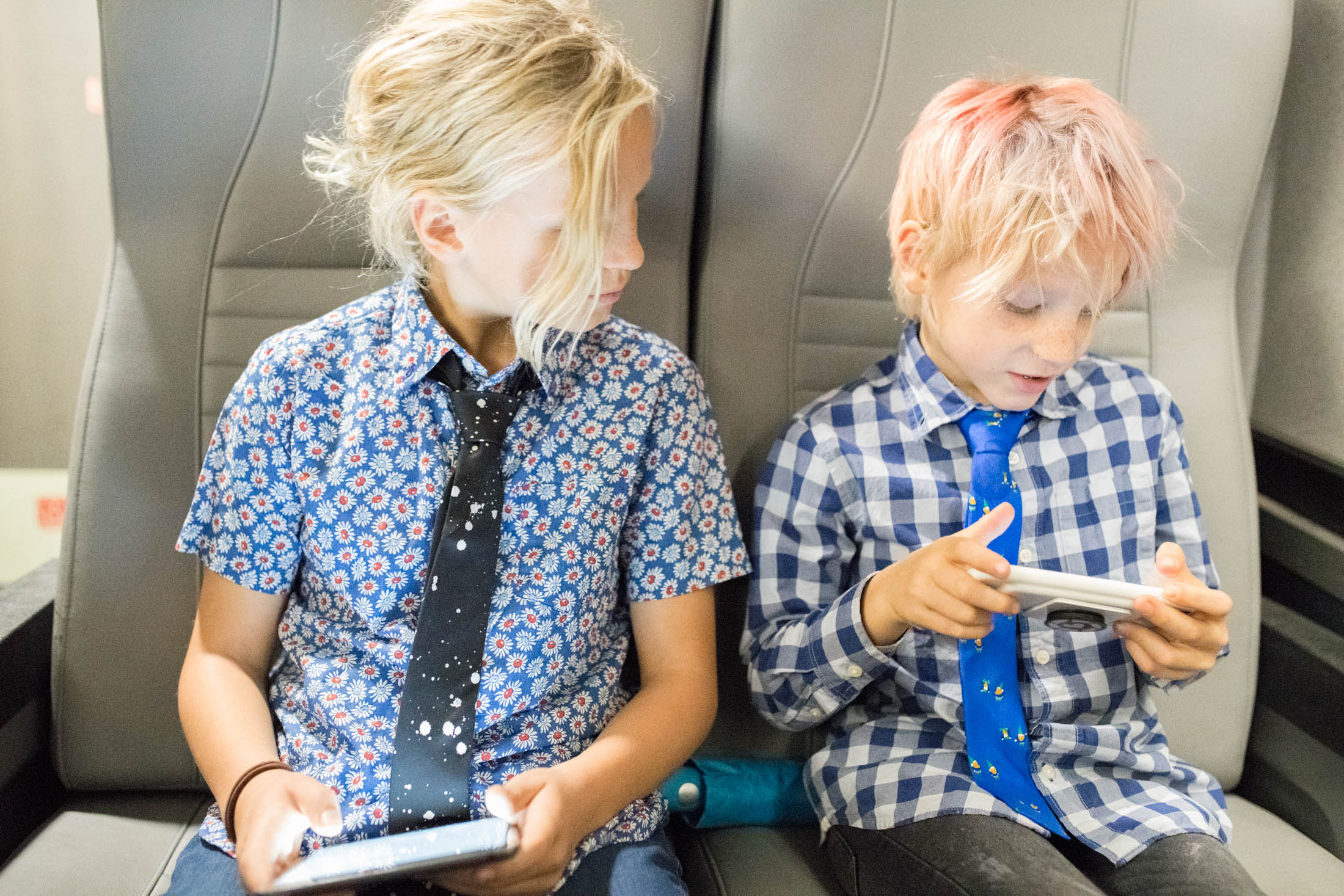 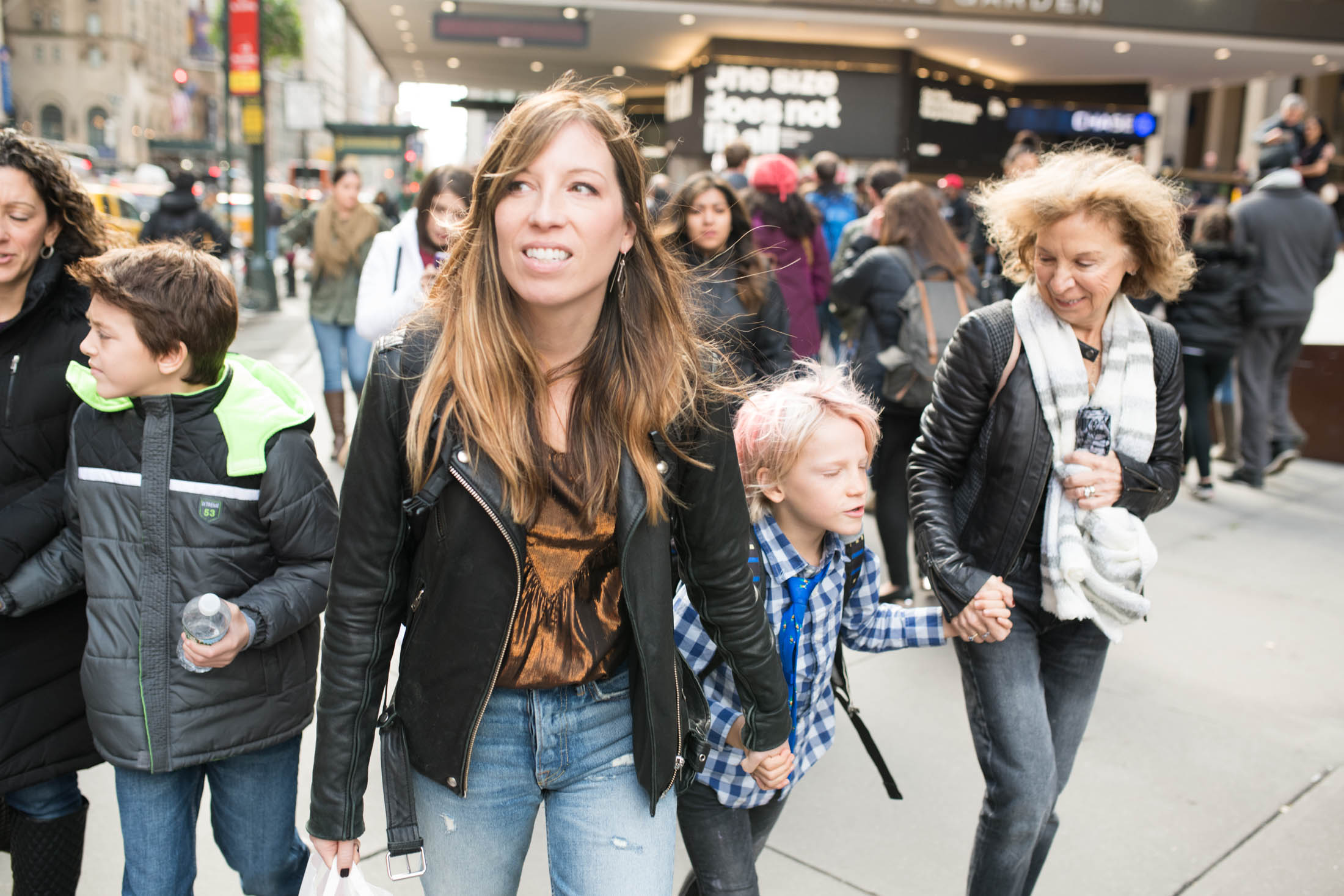 I think my Mom, as big of a Potter fan as she is, was actually more excited about Going To Broadway. This is a very big deal, this Going To Broadway. While I am not a big Broadway fan in general, my parents, sister, and big brother are HUGE FANS. (That’s a joke — my brother hates ’em -— just checking to see if he ever reads.)  In any case, when Mom realized that the Lyric Theater was merely blocks from Times Square…I Thought She Was Going To DIE. 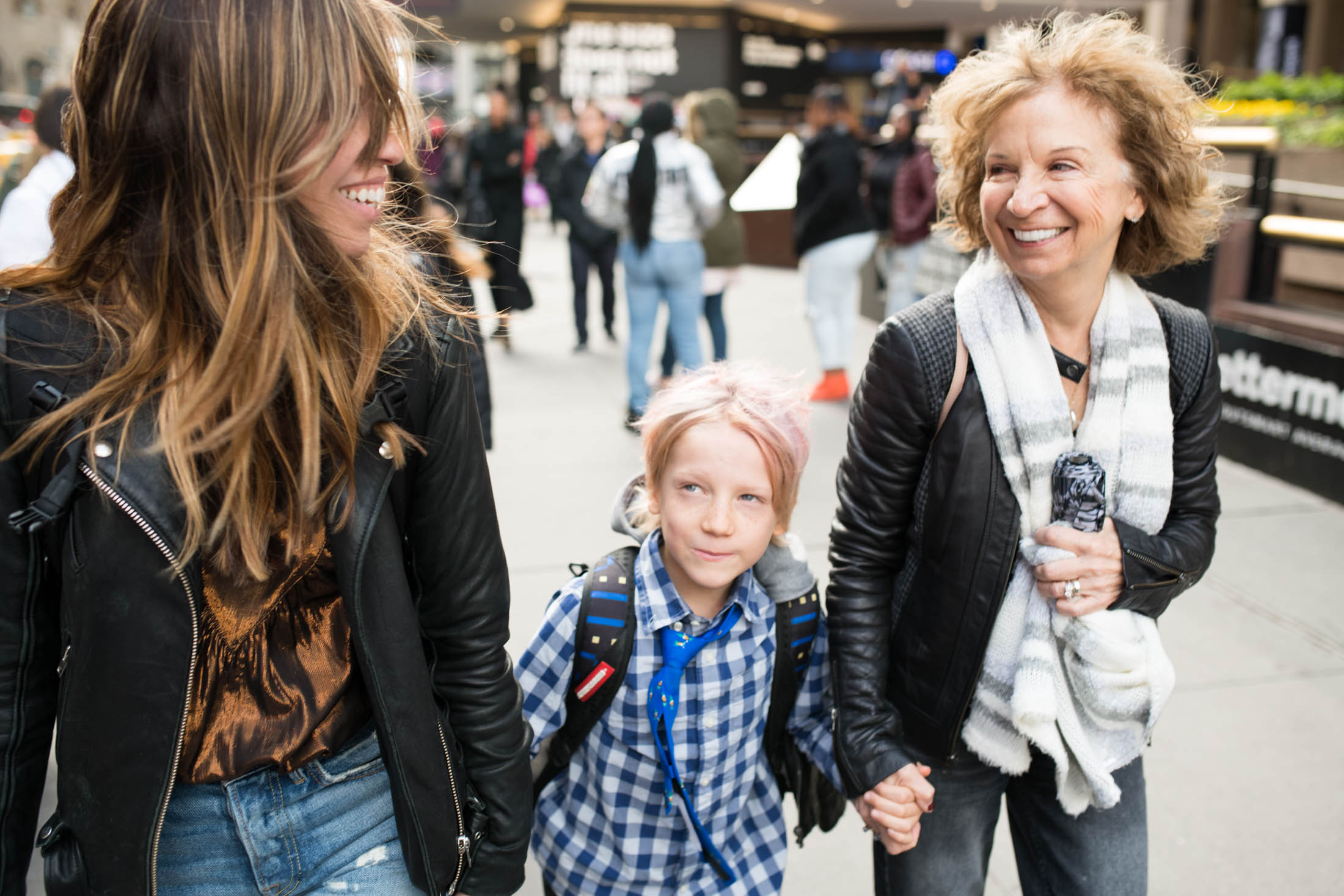 Raines, on the other hand, is turning into a true Philadelphian. Which basically means that the entire time we were in New York, his face looked like this: 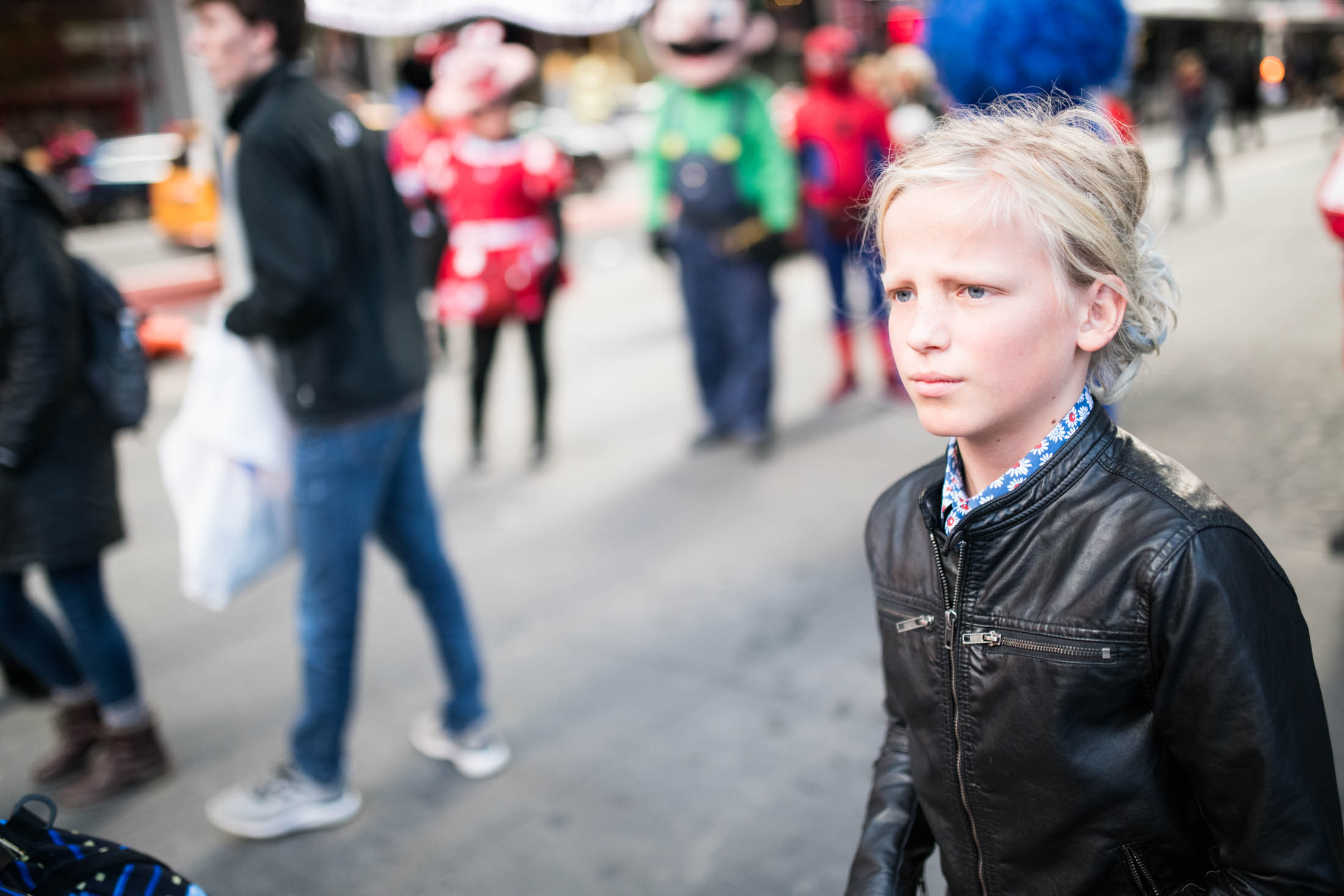 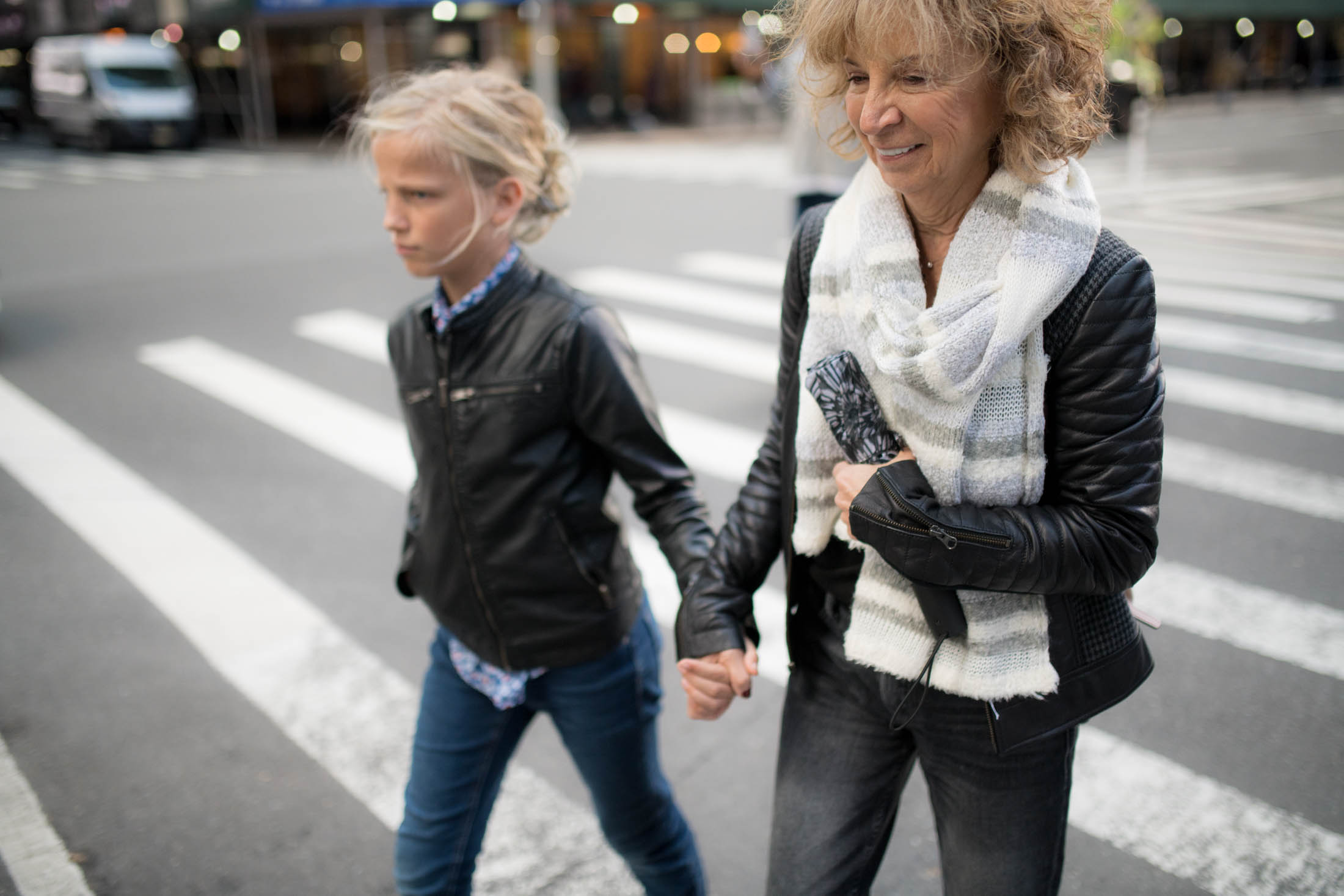 You can just see him thinking, “I’M DOING THIS FOR NANA.” And then Dirty Elmo & The Gang came out to try and force a photo, and that was juuuuust about it for Raines. “Why do people want to live here, Mom??? This place is terrible.” And then he asked for some ‘wooter‘ and talked about how he sawl something over there, and basically his transformation was complete: There is no Denver left in this kid. He is all Philly. 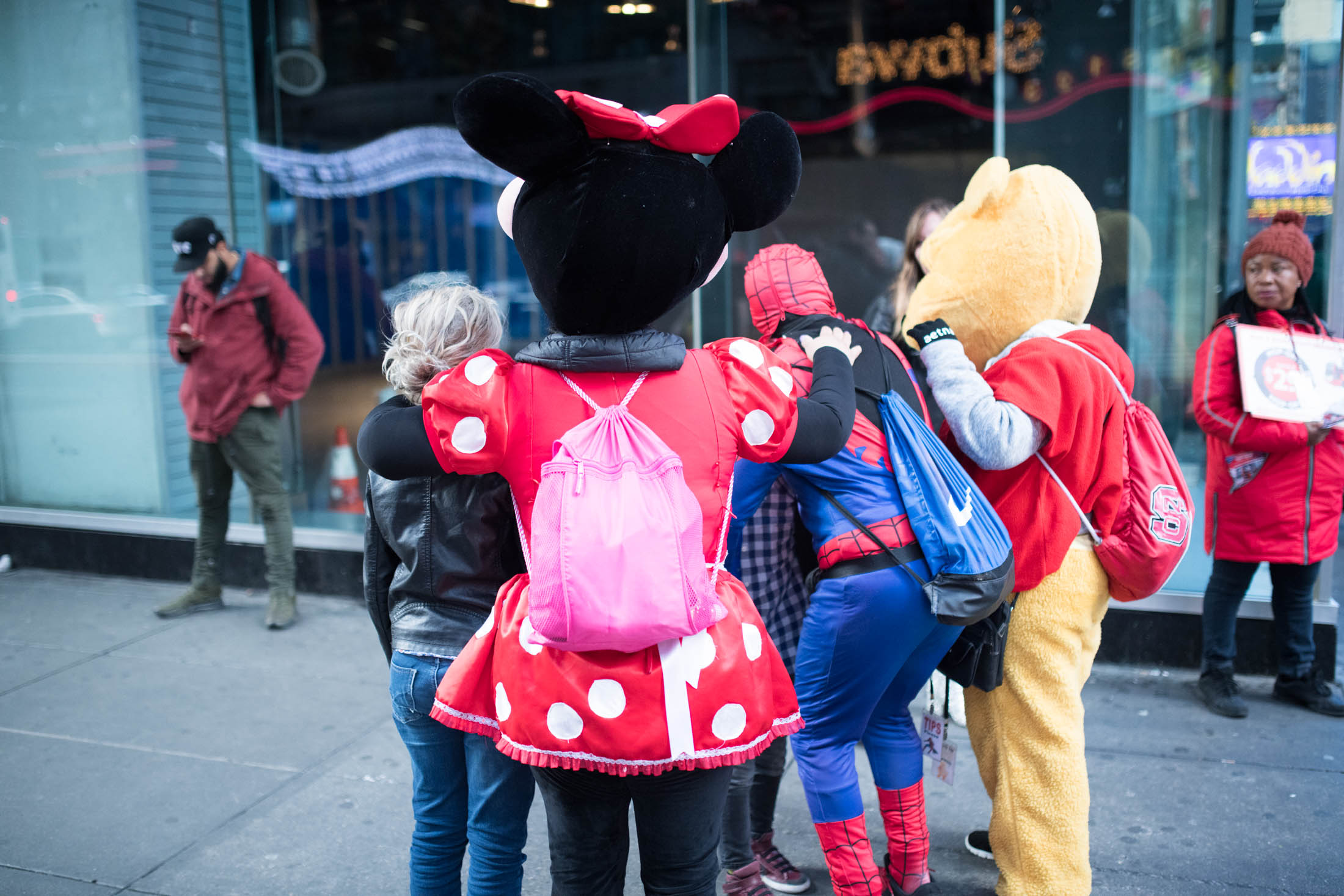 On the other hand, Pax was very impressed. 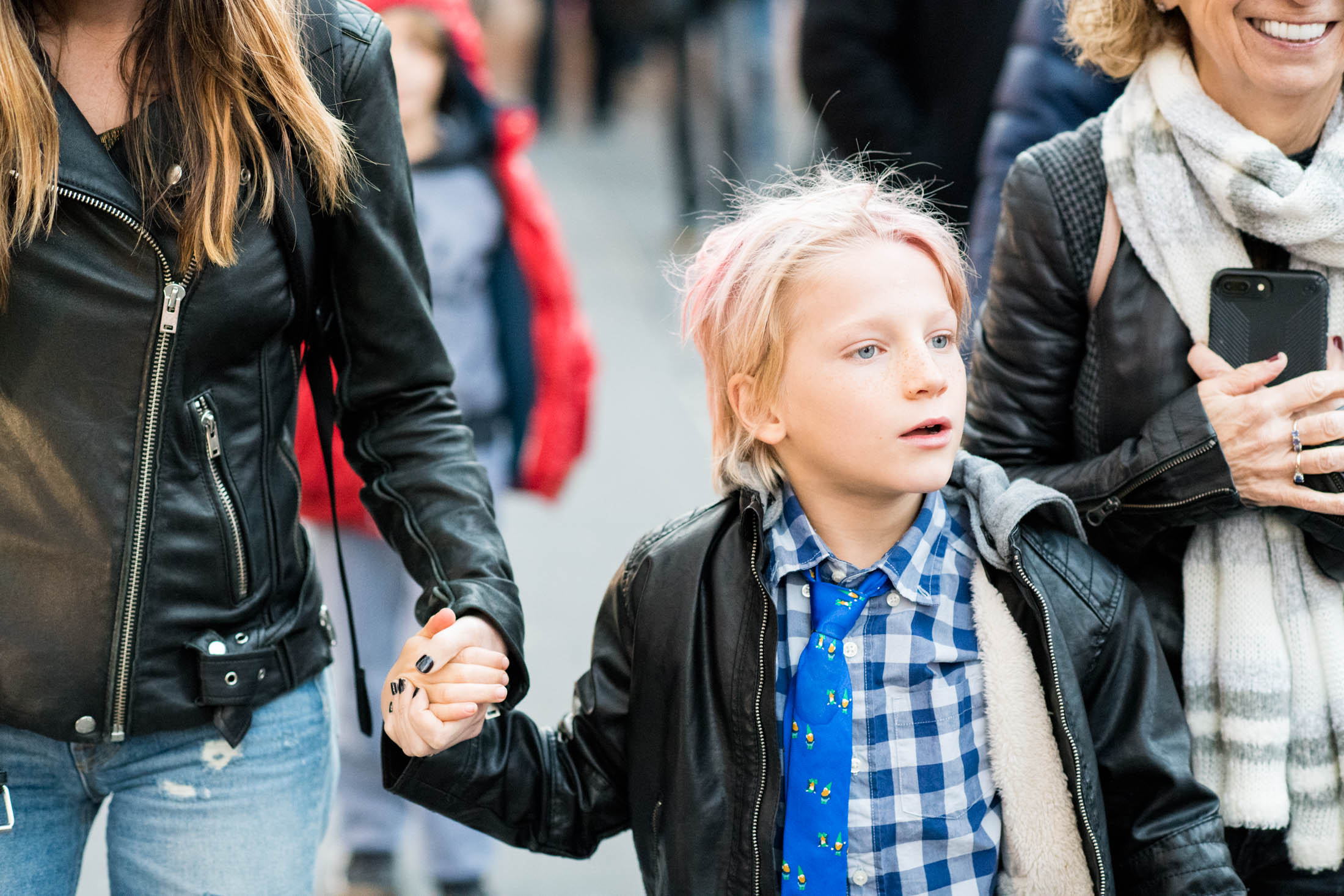 The good news, if you are taking the train to Penn Station, is that it’s an easy walk to most Broadway shows, especially Harry Potter. 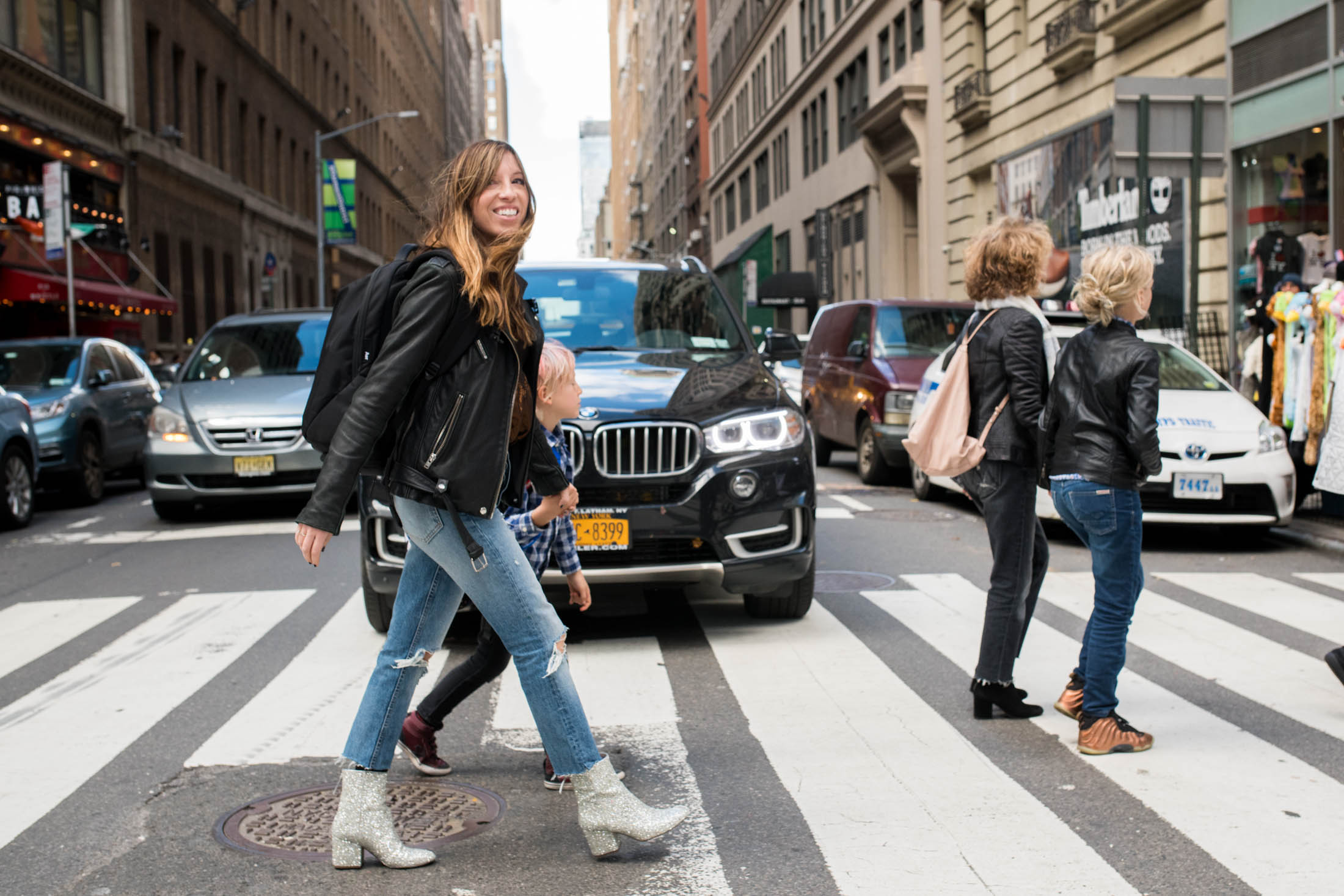 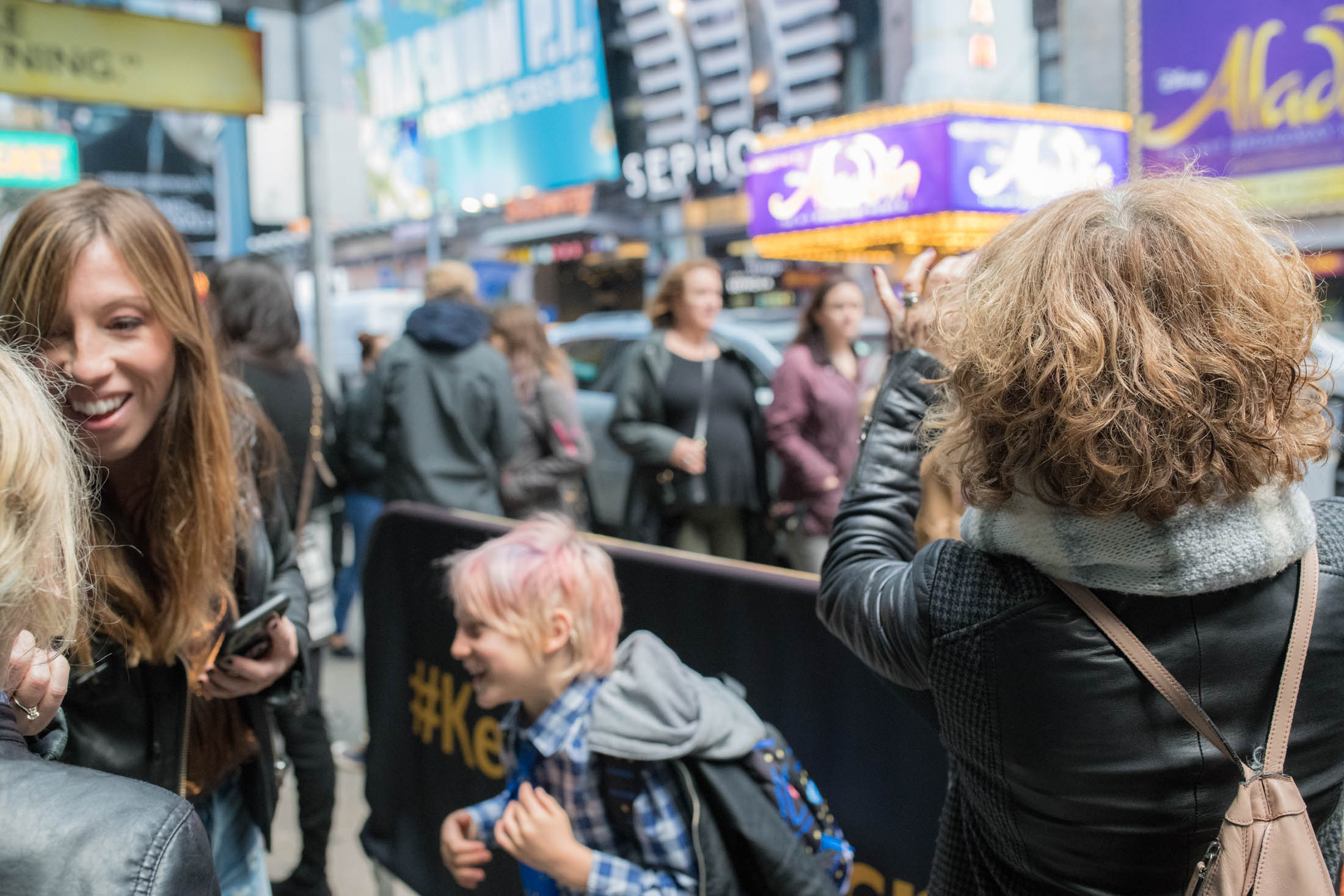 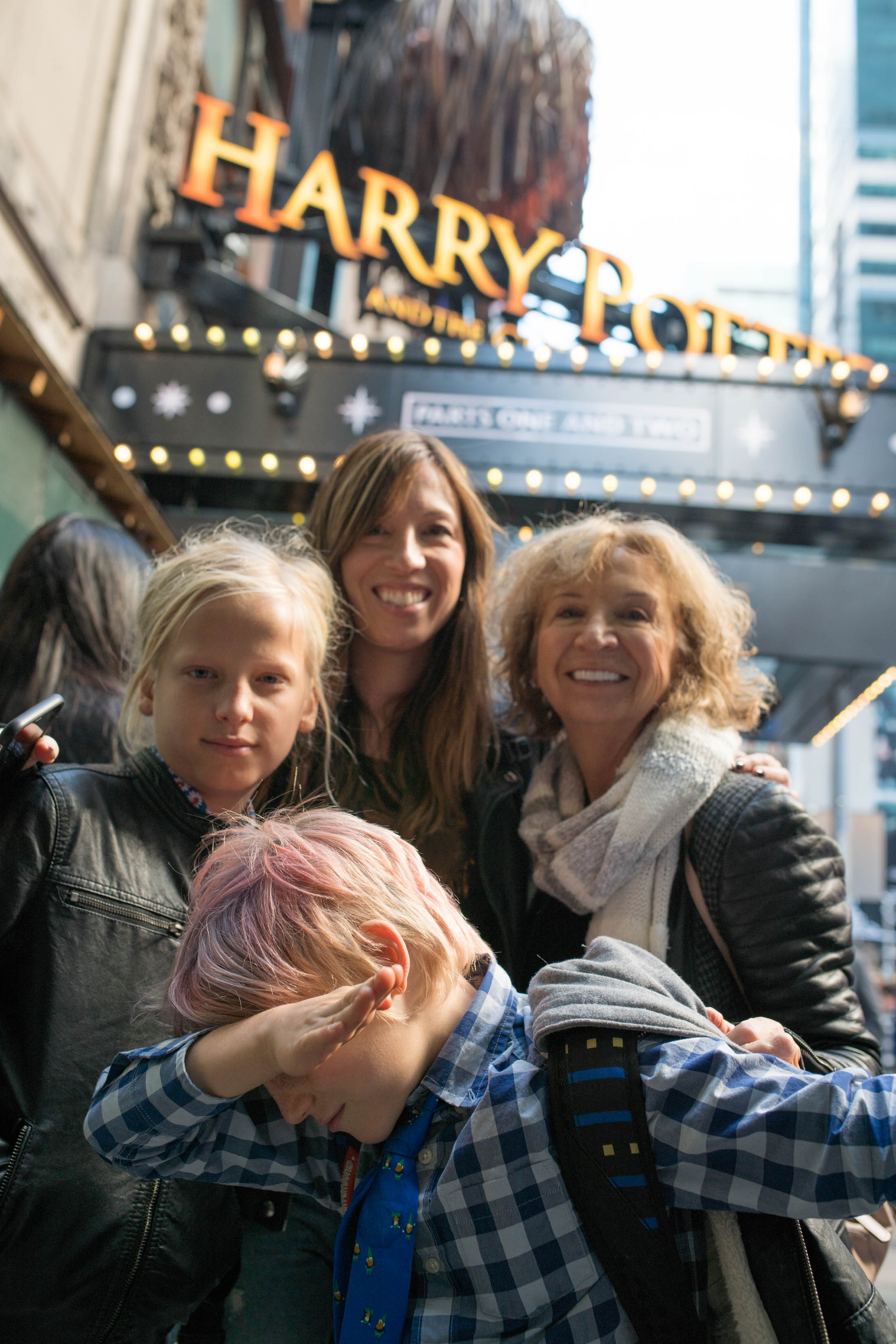 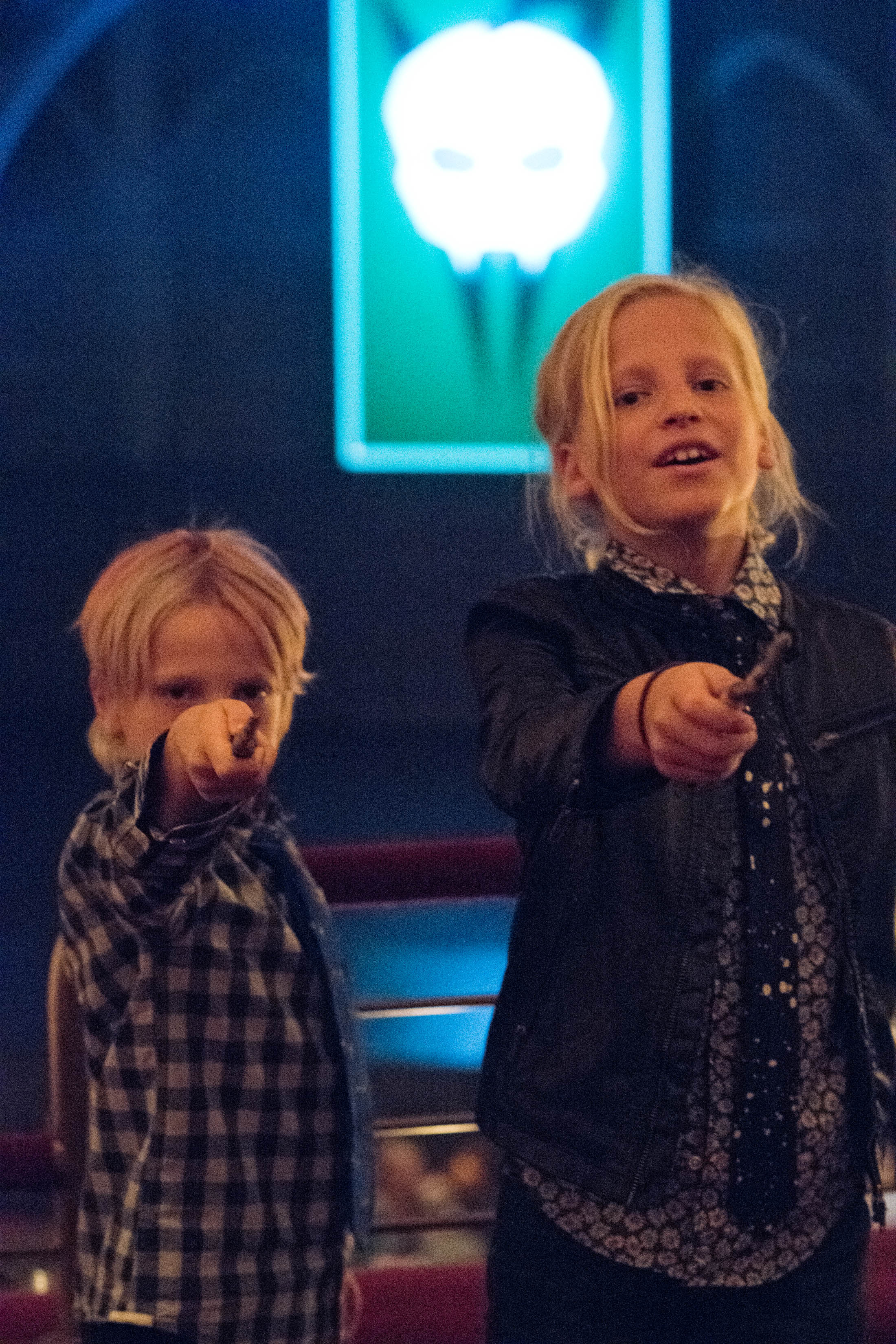 Between shows we walked Mom to Times Square for the requisite photo op, and then grabbed hot dogs from a cart. 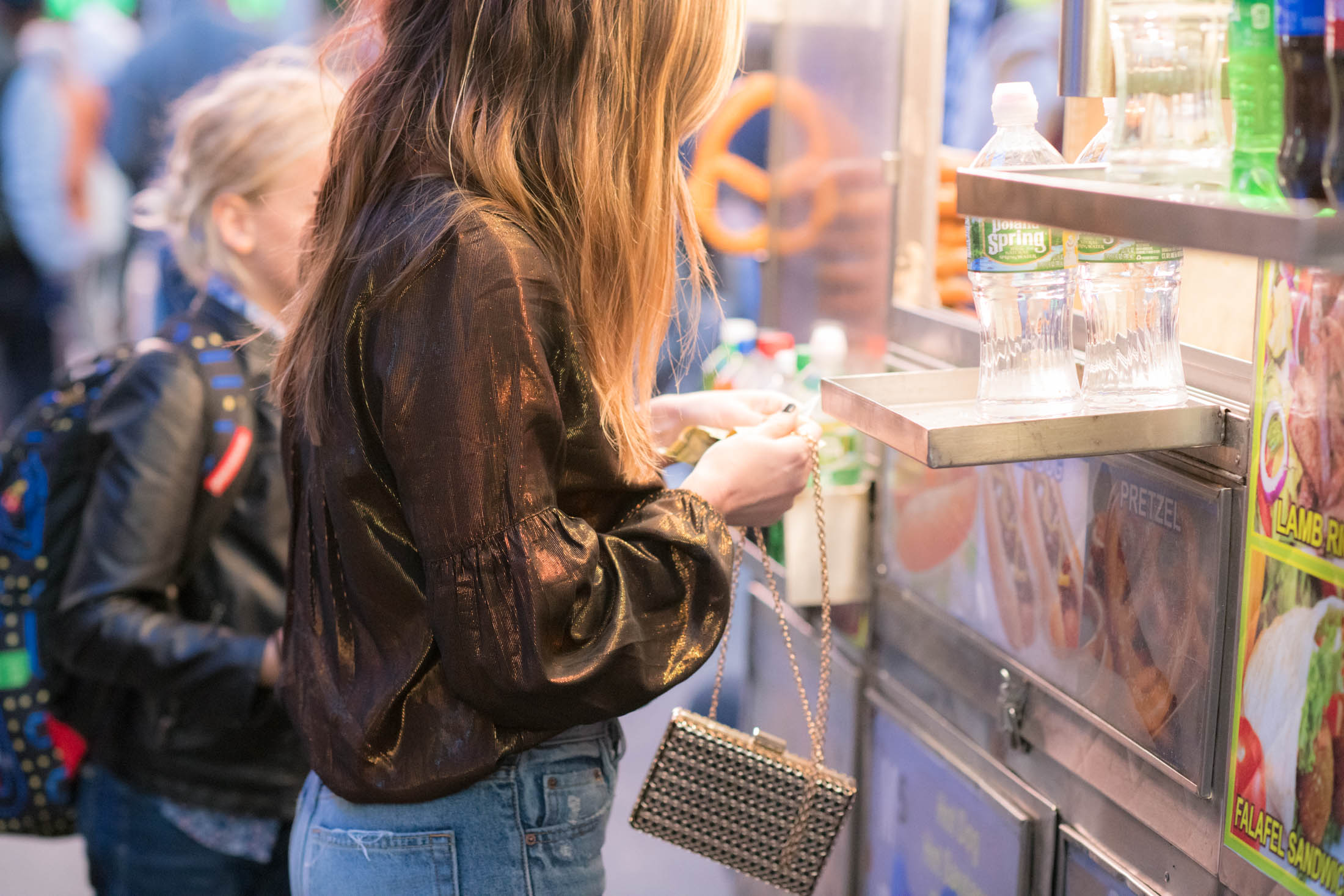 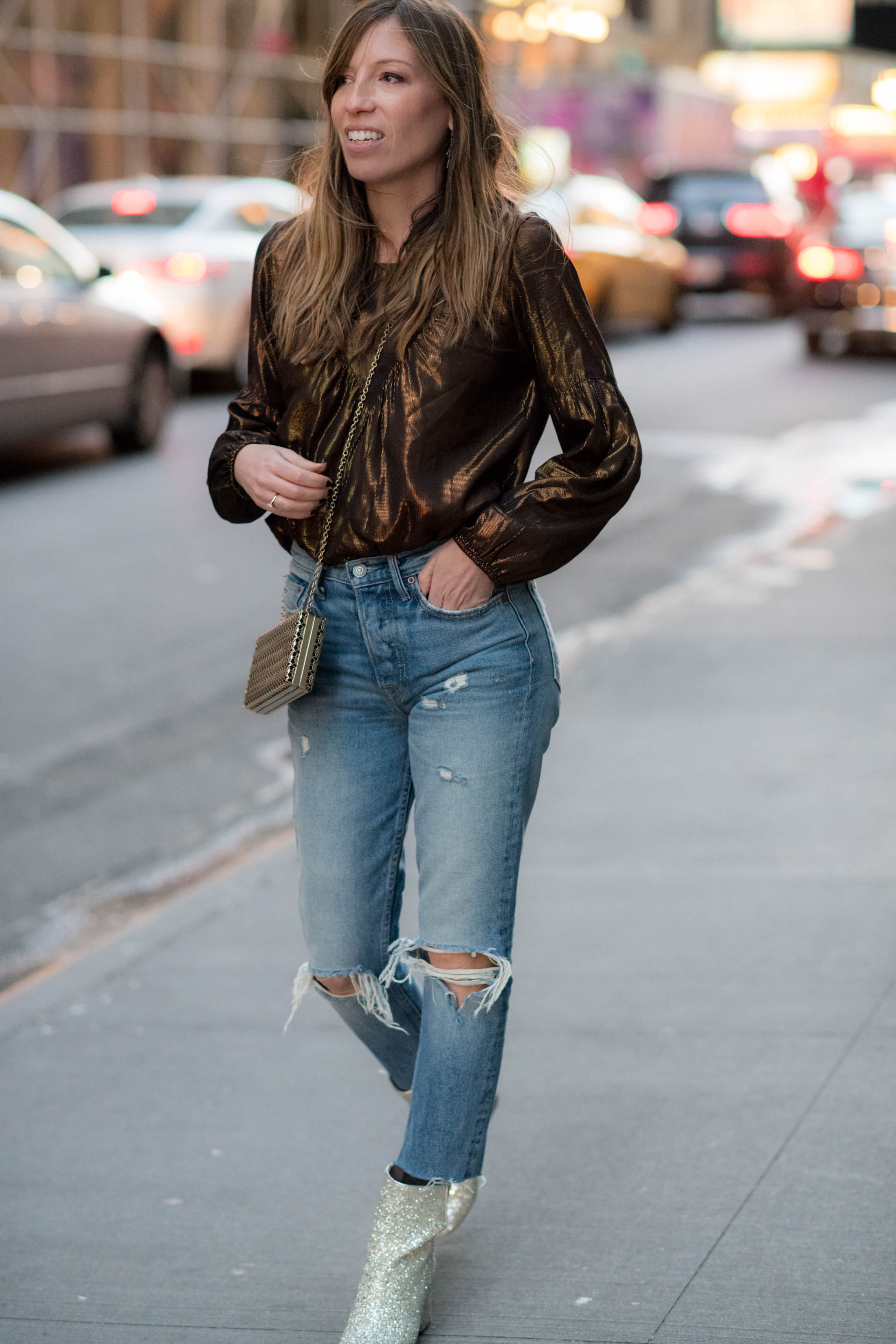 The last show ended around 10 PM, and we had just enough time to walk back to Penn Station and catch the 11 PM train back to Philly.

Which was delayed. By three hours. 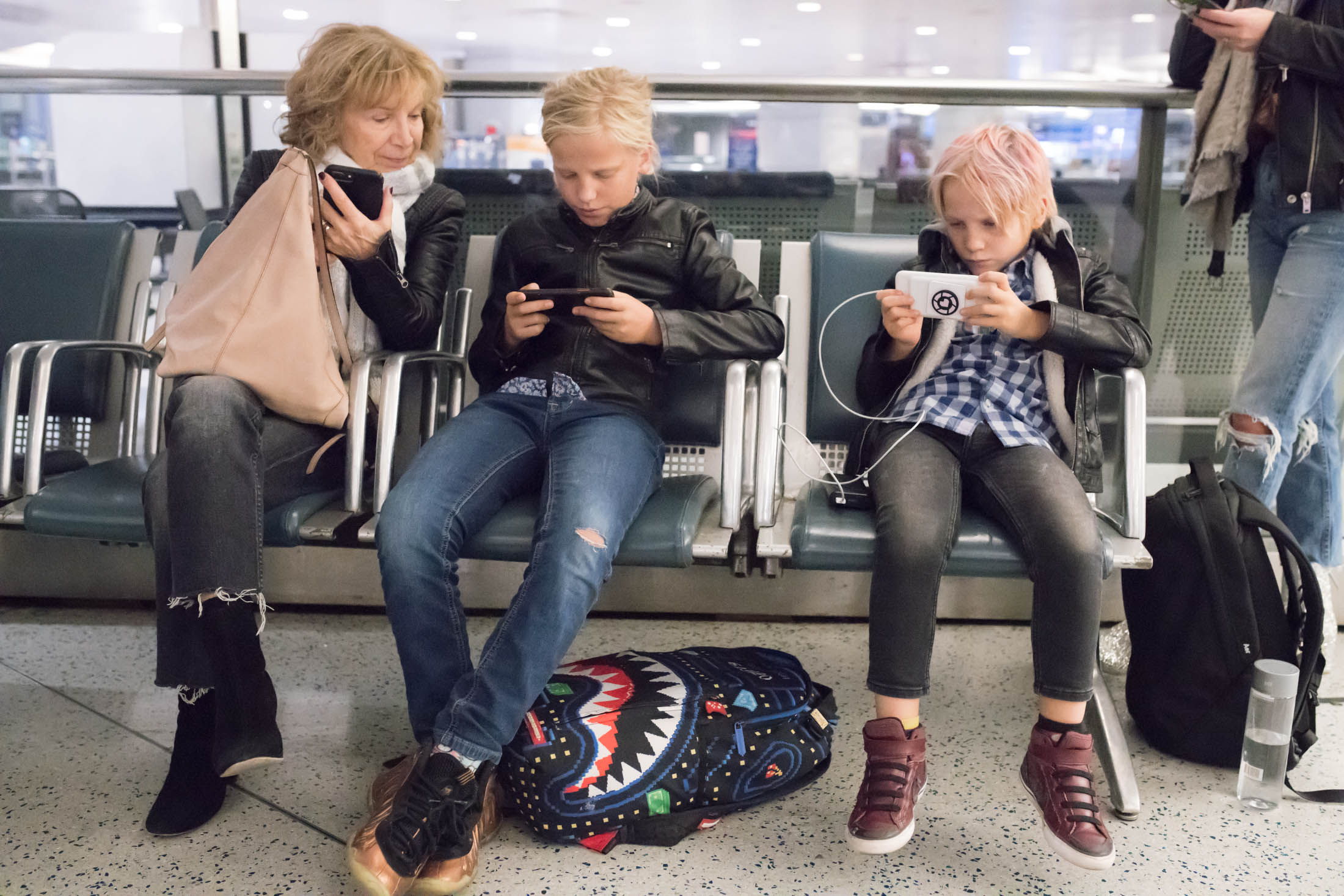 What We Wore to Harry Potter and The Cursed Child

If you’re interested…here’s what we wore. Comfy enough for all day, but a little fancy, too.

I love the idea of dressing up jeans with mismatched metallics. It’s just…fun.

This was totally a team effort. Mom’s top and jacket, everything else was mine. (So fun dressing my Mom!)

We find that sneakers, jeans, and a tie goes a long way. (And affordable leather jackets from H&M are a yearly staple for us.) 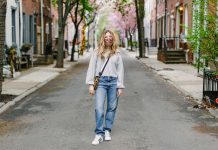 Baggy Jeans Are The Next Big Denim Trend: Do We Care?

The College Trend I Have to Break Up With 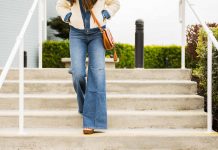