The Mom Edit
Home #momlife Play Hate Throwing Your Kid In Front of the TV? Here’s a... 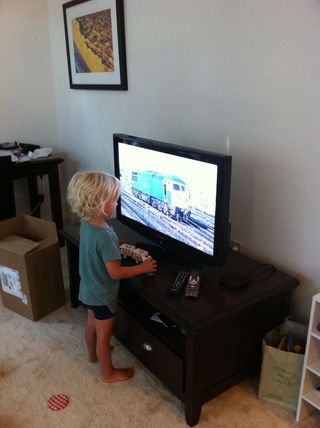 There's all sorts of warnings about kids and TV exposure.  Too much TV may inhibit babies' language development.  And toddlers?  To summarize another recent study, too much TV makes toddlers fat and dumb.  Whoa.  Think I'm exaggerating?  Dr. Linda S. Pagani, the lead author of this study, says (much more eloquently than I do):

We found every additional hour of TV exposure among toddlers corresponded to a future decrease in classroom engagement and success at math, increased victimization by classmates, have a more sedentary lifestyle, higher consumption of junk food and, ultimately, higher body mass index.

Bad enough, right?  But it doesn't end there.  Even in teenagers, there seems to be a link between too much TV and depression.  However, experts aren't sure if this link (or any of these links, really) are because of the programming itself, the commercials, or the fact that TV time takes away from other, healthier activities.

I don't know about you mammas, but this mamma has a serious case of guilt everytime I use the TV to
"parent". worry about it:  when we're traveling, or out to dinner…bring on the iPod stocked with movies!! (Someday he will have to learn to converse at dinner, I know…but for now, he's three, and I'm OK with an iPod in restaurants.)  But other than that, I really struggle.  I'm not saying that we don't use the TV with him, it's just that I feel SO guilty when we do.  I mean….for hundreds of years, parents have been raising kids without technology, right?  How hard can it be?

So I do the best I can:  we only show movies that I'm…uh…*OK* with, we only watch TV shows on streaming Netflix to avoid commercials, and sometimes (like the pic at the beginning of this post) he's entertained by watching pictures of trains on Flickr (which you can stream from Apple TV).

But despite my best efforts (and mommy-guilt)…there are times, during the day even, when I end up turning to movies or streaming Netflix.  When I'm sick.  When he's sick.  When little P is sick and has taken up too much of my time.  When R's bad day aligns with a day when I HAVE to pack, or clean, or cook, or do anything on a timeline that isn't negotiable and we don't have a sitter.  Then the movies invariably come out.

However.  HOWEVER!!!  I'm am crazy-excited about my latest find.  These aren't new, by any means, so this might be old news to some of you…but Scholastic has come out with DVD sets of – get this – kids' books!!!  Like, the actual classics.  The books you know and love…and a few new ones  Some of the stories are set to simple animation (using the same illustrations as the original book), and some of the stories just pan over the book's own illustrations while they read out loud.  For beginning readers, you can choose to have the text of the book show up on the screen as they read…or not.  Think Harold and the Purple Crayon (R's new fav).  Curious George.  Goodnight Moon.  Where the Wild Things Are.

I'll admit, when I first busted these out, R was like, "Noooo…I wanna watch Caaaaarrrs…."(whine, whine).  But once he realized that it was books-on-TV or nuthin', he grumpily settled in to watch.  Now stories are stories, so once he watched….BAM!  He loves 'em.  Even better, some of those reallyreallyreallyreally annoying books he can watch over&over again without requiring me to say, for the 568th time, "Drummer Hoff…fired it off!"

But Drummer Hoff…fired it off.

There are two DVD box sets:

So I don't know if these DVDs will prevent speech delays, or keep the kiddos from having "a higher body mass index" or "increased victimization" or depression…but I do know that these DVDs have got to be better than most of the crap out there, and they certainly help to assuage my mommy guilt.

Happy…NOVEMBER?  Whoa.  Add these to your holiday wish-lists. 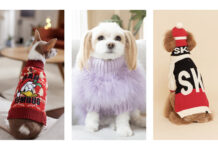 10 Sweaters For Your Dog’s Next Ugly Sweater Christmas Party 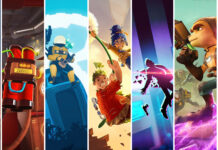 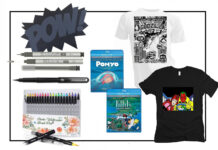