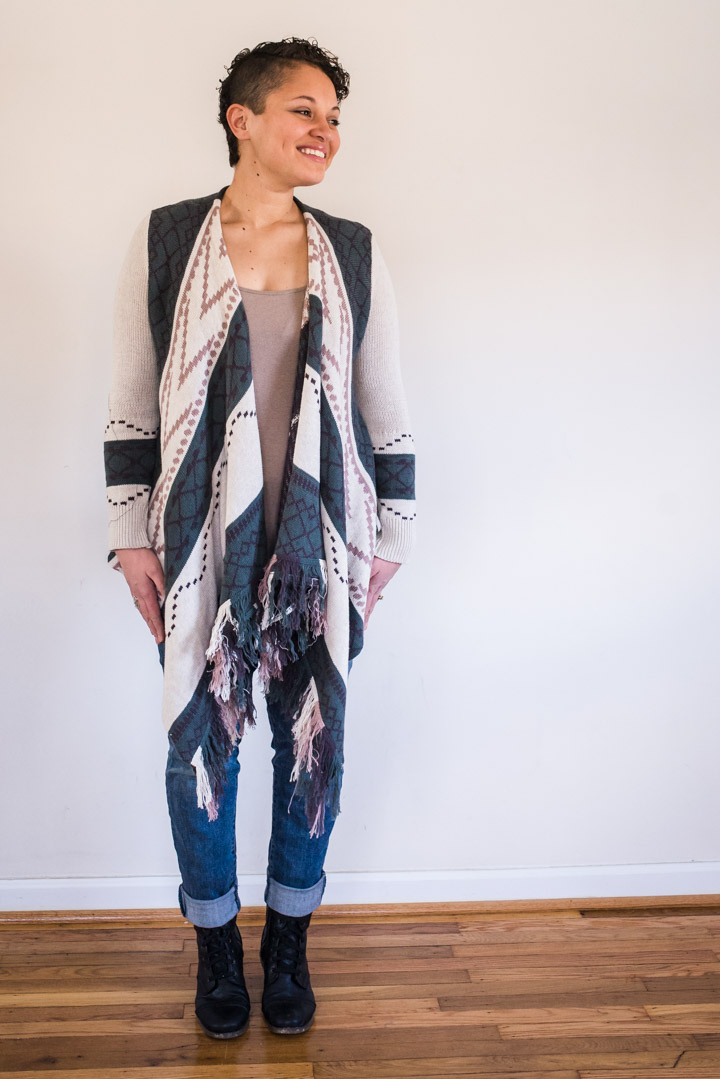 You guys, meet my friend Teri.  She’s my neighbor, the mum of Raines’ best friend, and one of the biggest reasons why we may never move from this neighborhood.

Anyway, we were chatting one day, and Teri mentioned that she was struggling to style her lace-up combat boots.  Once again, those darn short boots were causing a proportion problem!  (We’ve talked before about this exact issue here.)  What to do?

Shopping, obviously.  Not only did Teri (sportingly, I mean really) try on different types of short boots to find which pair is the most flattering (and we found a clear winner), but we messed around with ways to make her combat boots work.  So.  Keep on reading to see the various ways we “fixed’ Teri’s outfit.

Which Boot Is Best?

The first thing we did was try an actual pair of Doc Martens.  They’re heftier than other combat boots, and do provide more balance. Next we tried on a pair of short moto boots.  Cute, but NOT FLATTERING.  Know why? Two reasons:  First, they create a very solid horizontal line in an awkward place on her legs.  Unless you have really skinny legs, boots should not hit horizontally right where your calf starts to widen.  Secondly, the top of the boot is more narrow than her jeans, so the jeans don’t tuck nicely.  (This last problem can be worked around with cuffs, etc. but requires extra styling trickery.)

Frye’s Veronica Shortie Slouchy Boots are the clear winner.  In fact, I’d like to offer up these boots as THE most foolproof, flattering short boot out there. 1.  The slouchy nature of the boot allows for a cleaner tuck of skinny jeans.

2.  The slouchiness also prevents a harsh, solid, horizontal line from forming across your leg.  The whole effect is softer, less pronounced, and more flattering. Sometime after our shopping excursion, Teri got a badass new haircut.  I credit the boots.  (haha…no.  That’s all Teri.) But let’s fix this outfit a little bit more – Teri’s got the long-cardi proportions down pat, but what if we replaced her plain cardigan with something a little more exciting? I love these cozy waterfall cardigans – especially on tall mamas.  They whittle waists, and are an instant style upgrade. For the combat boots, Teri just needed a little bit of balance.  Her magic cardigan helps, but for the finishing touch, we swapped out her skinnies for a pair of cuffed boyfriend jeans.   This works best with boyfriend jeans that are a little bit slim (more like straight-leg jeans). One Final Thought…..OVER THE KNEE

I LOVED how Blondo’s Eden Over-the-Knee Waterproof Boots looked on Teri, but she wanted something a little more low-key.  “Where would I wear these?  To school drop-off?” she joked.

These boots do feel slightly….dramatic the first time you put them on.  Once you get used to how you look (so sexy!!), they quickly become everyday boots. Since our shopping excursion, Teri has admitted that over-the-knee boots are now haunting her dreams.

Teri, you gorgeous thing, thank you for putting up with me.

I found a few additional statement cardigans and Frye’s slouchy moto boots (some colors are on sale!). 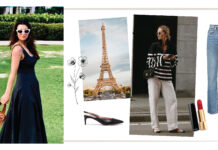 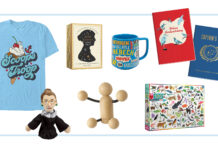 Too School For Cool: Fun, Giftable Finds From Zulily 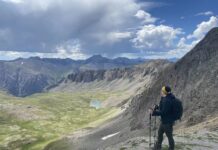 Conquering My First 14er: Tips For The Big Hike