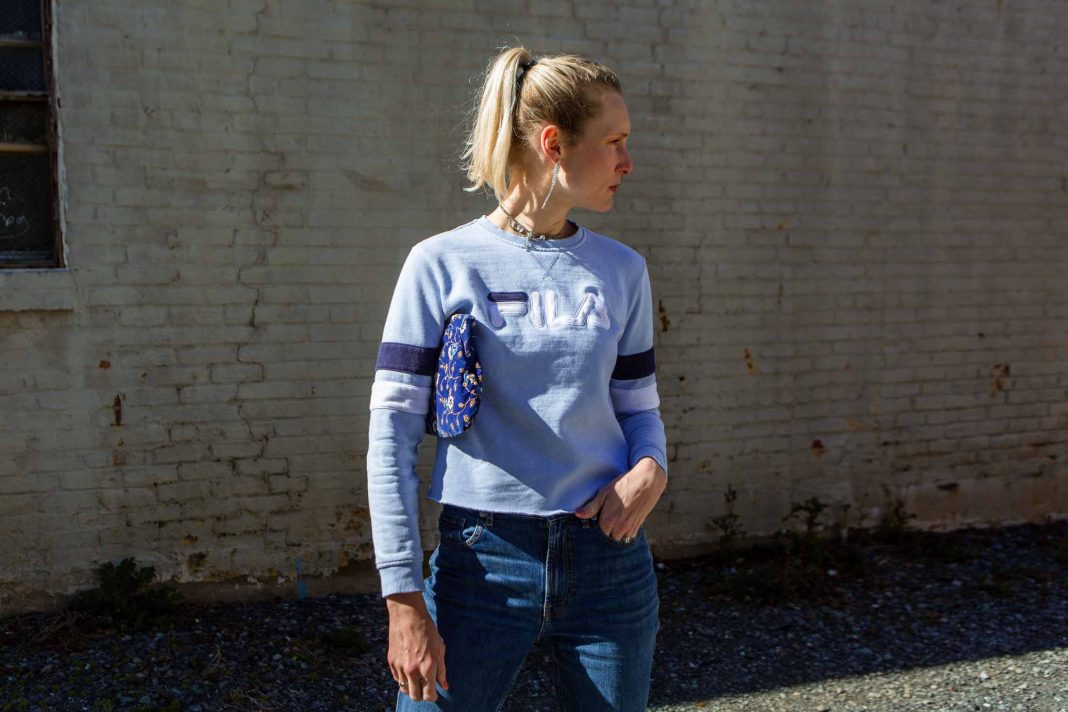 I’ve always been able to appreciate a dependable sweatshirt. Back in middle school, I recall a grey Champion that I’d pull on over my Catholic school uniform — a crinkled white button-down (that I didn’t wake up early enough to iron) and pleated plaid skirt. Hawt.

In high school, it was a zip-up Reebok with stripes down the sleeves.

College was a really awful PINK sweatshirt that read ‘PINK LOVE SNUGGLE’ or something equally abhorrent. The only thing that could have made it worse would be a pair of leggings…that I definitely wore. Ya know, SO hard to make those 8am-ers. I definitely didn’t have time to get up and put real clothes on.

[dramatic eye roll to my 19-year-old self]

This Cute, Comfy Cropped Sweatshirt Is Giving Me Life

sweatshirt (similar, but would have to be cropped, like I did my own) | jeans (TTS, wearing 27 REG) | booties (wearing half size down) | earrings | clutch (thrifted, similar here and I am obsessed w/ this Frida clutch)

So, semi-recently I found this FILA sweatshirt at Costco (while I was hoarding every snack food known to man into my cart, of course). I decided that it was *the* sweatshirt of my 30s. It has that cool athletic vibe to it, and, being the cool, athletic mom that I am, it just made sense. I mean, I lift boxes of granola bars and frozen waffles in bulk, so yeh. Ath-let-eeeck AF.

How I Wear A Cropped Sweatshirt

Anyways, I was excited! That is, until I tried it on and attempted to make it work with my everyday outfits and…something just didn’t work. It made me look frumpy, instead of cool…and we just can’t have that, can we?! I realized I had only one option — and that was to HACK IT. All of my jeans, for the most part, are high-rise, so it makes sense that the longer sweatshirt did nothing for my waistline.

Once I grabbed a pair of scissors and cut just above the stretchy ribbing, it magically became a cropped sweatshirt. It has changed my life. I can now wear this ever so cool sweatshirt with allthejeans and feel really good about it. Now, if you’re not about That Scissor Life, never fear! You can scroll to the bottom of this post for a slew of sweatshirts that are actually cropped already (wow).

sweatshirt (similar, but would have to be cropped, like I did my own) | jeans (TTS, wearing 27 REG) | booties (wearing half-size down) | earrings | clutch (thrifted, similar here and I am obsessed w/ this Frida clutch)

Find me over on the gram (@camilledipaola) for more #TotallyCasualMotherhood moments. 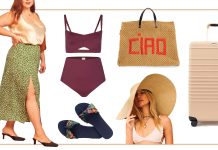 Somewhere Sipping Margs on a Beach: A Capsule Wardrobe 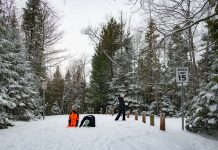 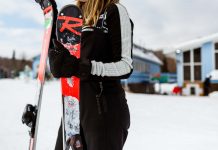 Worth It: Sweaty Betty Astro Softshell Ski Pants (With A Bib)