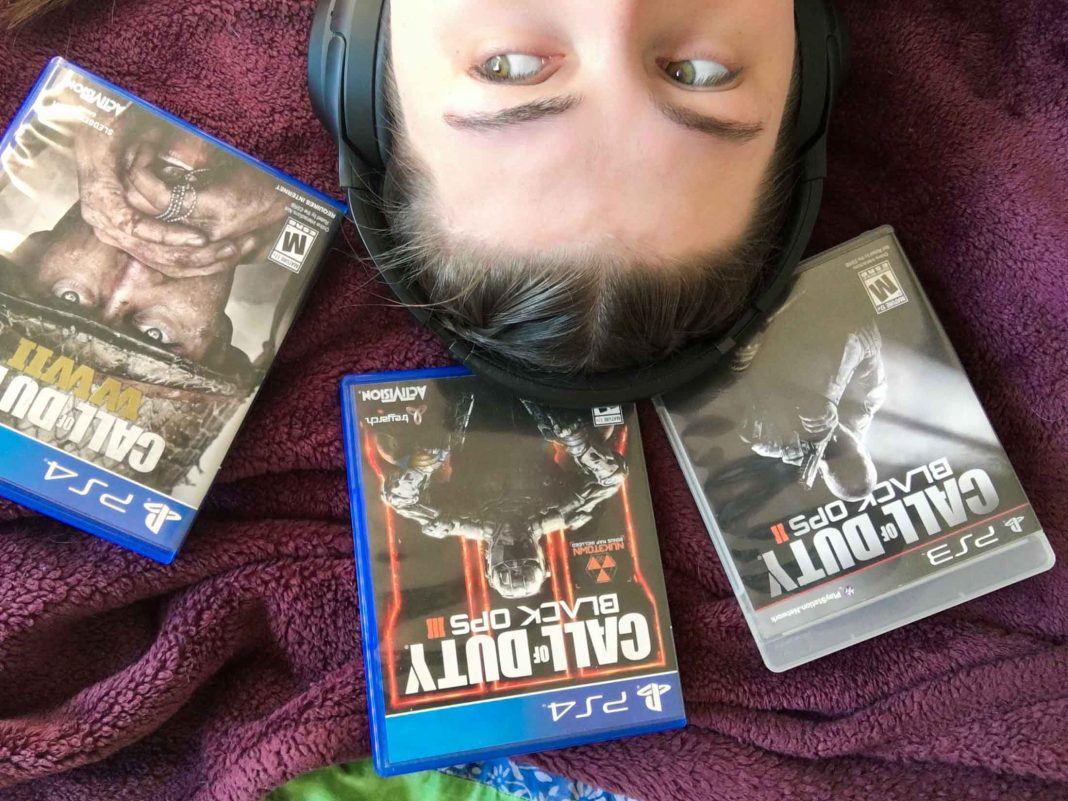 Should kids play Call Of Duty? This is, in very simple terms, a big ol’ can of worms we’re about to crack open. And before we even get into what I think, I want ya’ll to know there are plenty of correct answers to this question. And it’s definitely not just Call of Duty that people have asked about. “Is it okay for my kid to play Assassin’s Creed, Red Dead Redemption, Dark Souls, etc., etc., etc.,” The list goes on and on as games become more and more of a forefront in entertainment.

Games have always told stories, and many of the stories in recent years are very human stories. That means these games are coming with fun and triumph, but also with the very messy side of being human, which, generally, means more adult themes. But the question remains (and my answer is by no means the end-all-be-all answer), should you let your kids play games like Call of Duty?

When it comes down to it, I have two answers. The short answer? No, you shouldn’t. (Sorry, kids.)

Should You Let Your Kids Play Call Of Duty?

To expand on that very quick no, games have ratings just like movies and TV shows. Most recent Call of Duty games are rated M for Mature 17+ by the ESRB (Entertainment Software Rating Board). What is the ESRB? In their own words: “We are the non-profit, self-regulatory body for the video game industry. Established in 1994, our primary responsibility is to help consumers – especially parents – make informed choices about the games their families play”.

AKA, a very cool resource for decision-making parents. If they say it’s for people age 17 and up, they’re probably right. If you’re looking for a particular game’s ESRB rating, check the back of the box. In the age of digital copies (don’t even get me started) you can check any game’s rating here. It’s been a hot second since I’ve purchased a game in person, but I’m pretty sure you need ID to buy games rated M anyway. The ESRB rating comes with a little breakdown of why that game got the rating it did whether it be Strong Language or Blood and Gore.

Is this my final answer? Well, no…so let’s keep talking.

Alllll of this being said, ‘no’ is probably not the answer I would give my kid. If you’re interested in my long answer, buckle up, because this one requires some backstory. After talking with Shana more about this post, she made it clear she wanted me to talk about me, not some hypothetical kids. Oh boy. I feel like I can best explain by first talking about my childhood with games.

My earliest gaming experiences were playing Sonic (don’t ask me which one) and Gran Turismo with my dad. We played a lot of racing games like Need for Speed: Hot Pursuit and Test Drive: Eve of Destruction. Fast forward to when I was about 12 – 14-ish and we owned a PlayStation 3 (I think) and a Wii (very exciting at the time). This was around the time I can remember starting to play Call of Duty (World at War, specifically) among other “violent” games. This was around the time I had already studied the World Wars. I had learned about the Holocaust; I’d been to the Holocaust Museum. My teachers had read to us from soldiers’ journals and re-imagined letters from the Revolutionary War. I was definitely one of those kids who had garnered a fascination for historical wars, and I started playing Call of Duty: World At War around that time with my dad and younger sister. Was my mom happy? Not at all. Did my dad and I have waaaay too much fun? Absolutely. Did I turn out okay? Yea, I’d like to think so.

Call of Duty: World at War was set in World War II and the opening scene to the campaign holds no punches. While the other games I was playing at the time had fantasy violence, Call of Duty was real world violence. **Small warning of graphic descriptions ahead. If that’s not your thing, skip ahead to the next paragraph.** You start the campaign (basically the story mode) as a prisoner of war and watch an ally get interrogated and beaten before having his throat cut. Not a pretty sight even with the graphics of the time. (Here’s the first mission including the opening scene, if you’re interested in what I was seeing.) Compare that with the opening of the newest game, Call of Duty: Modern Warfare. Less blood, less obvious violence, but a very intense message. (Here’s that opening scene and first mission). Your kiddos are most likely going to be asking for one of the newer games so a quick Google of the title along with the words “opening mission” or “first mission” would give you a look on YouTube. You’ll also often see a warning like the one below when starting up the game.

Not to mention, graphics are ever-evolving. When I started playing, the game was still pretty distinguishable as…not real. Now with advancements, you can see every hair on a dude’s face. His shoelaces bounce. Surround sound headphones make air raids and gunfire come from all around you. The times they are a-changin’.

Why Is The Idea Of Kids Playing Video Games Like Call Of Duty Controversial?

“Can I get your opinions on kids playing games like COD?” I asked, while waiting for my respawn timer to count down.

“I mean…what do you mean? Like is it bad?” a friend says, clearly only half paying attention as he tries to pull off a maneuver.

“I mean like…do you think it’s okay for kids to play games with that level of violence and adult themes?” I rephrase, realizing my random question might seem a bit too out of the blue.

“Ohhh, well I don’t think it’s exactly great, but…it’s tough to just be like NO!, y’know?”

I’m left with a weird wishy-washy yes-but-no feeling about answering this question.

What To Consider Re: Kids Playing Violent Video Games

My friends and I continued to talk on and off about whether kids should play COD for a few hours and came to a…vague conclusion.

We all agreed that kids are super-perceptive.

We all agreed that games are a social outlet.

And as we continued to talk, my friend brought up something I hadn’t thought of. He brought up Doom. If you know anything about Doom, you know it’s a rip-and-tear, demons-from-Hell shooter with the perfect number of chainsaws. Think: gore and violence reaching an almost slap-stick level of humor set to heavy guitar solos. But the point he made about it was that it’s not a morally violent game. There’s no challenge to the player’s morals about killing some demons.

It’s much harder to say the same about military simulation games. We all had that “Aha!” moment when the words “Ask yourself if the game is morally challenging and morally violent” were spoken.

Honestly, there are probably hundreds of people who have done the research and can explain this better than I can (including my friend who brought up Doom). What I can suggest, and always will, is seek out more information from scholarly people. Think of this article as a jumping-off point and a personal anecdote on the topic.

I think one of the important things to note is that I played these games WITH my dad a lot. We had nights where after dinner we’d start up the PS3 and hop into a zombies game in Call of Duty and just spend an hour or two trying to survive. We STILL do this and I’m now 23 and living in the far off land of New Jersey. Games were a big part of my life growing up, and they still are today (heck, they had a big enough impact that I got a degree in them).

I’ll expand on online games in this post because I think it’s important to talk about and also the big question a lot of parents tackle. Playing online is kinda…a big deal. Especially now. Even before quarantine, a lot of my free time was spent in a chat server with my friends who live alllll over the place playing games together.

Now that quarantine is in place, online games are how my friends and I connect. We jump in a group and take silly screenshots together, then run off and hunt monsters (proof below). Our evenings are spent together laughing, shouting, working as a team, and sometimes creating a server-wide dance party with all the random players we can find. Basically, games are how we hang out now that we can’t meet up in person, (plus how I stay in touch with long-distance friends).

Games are a social outlet. My good friend from high school recently mentioned that if we weren’t playing games and streaming together on a weekly schedule, we’d probably be talking a lot less.

What brings us back to the original topic is the fact that a lot of mainstream squad games have a tendency to be violent. Call of Duty is one of them. They have a battle royale game mode, point control, search and destroy, deathmatch, etc., etc. All online. All with random people you don’t know unless you’re making a squad with friends. There’s a ton of other people, of all different ages and backgrounds, with access to text and voice chat.

I won’t ever say playing online is safe, but there are measures you can take to make it…not as terrible. You can mute curse words in most text chats, you can automatically stay off voice chats, and for the most part, you can entirely ignore random teammates. The ESRB has a set of guidelines/discussion points for parents whose kids are playing online multiplayer games.

Conclusion: Should Your Kids Play Call Of Duty & Other Online Games?

SO, Sydney…do you have a conclusion from all this?

Uhh…at the end of the day, yea I’d probably let my kids play a game after checking the ESRB. And if you see the ESRB and have some reservations, there is more than likely full play-throughs of the game out there on the internet.

Pull up a few google searches with your main concerns for some clarification on things. I’d base my judgment call off of my kid’s age, what they’re learning in school (ex. wars, historical events), the ESRB rating, and pull from my own experiences in social circles while playing games. At the end of the day, I’d hate for my kiddo to miss out on moments like these.

Hopefully my thoughts are helpful for some of you juggling this question. Go with your gut on this one, mamas. And if you have any questions, I’m more than happy to talk more!

This one’s for the pinners… 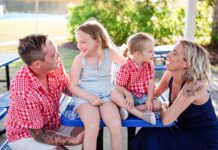 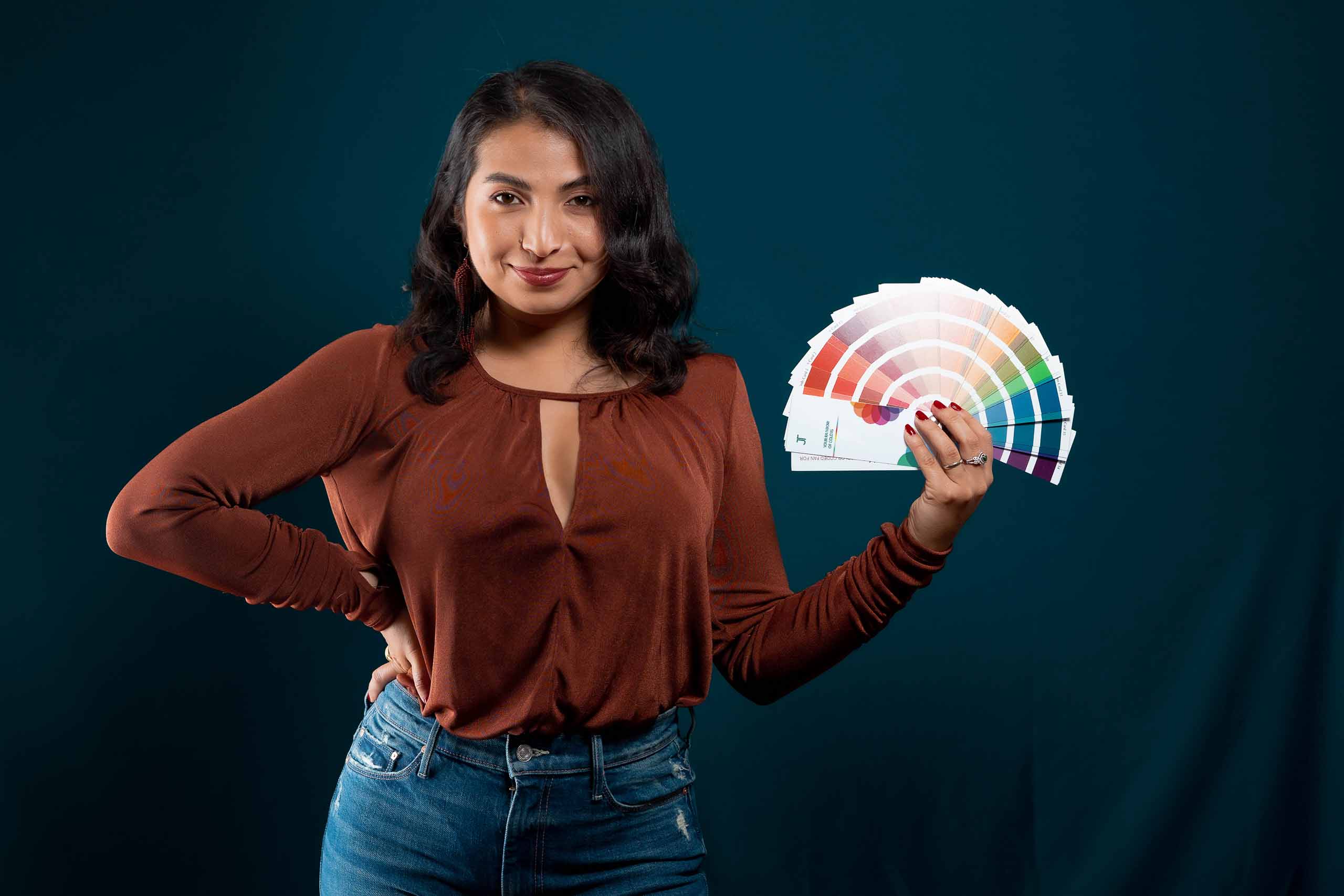 Sign up for The Mom Edit Daily and be instantly entered to win a free virtual color analysis from Colors By Julieta!