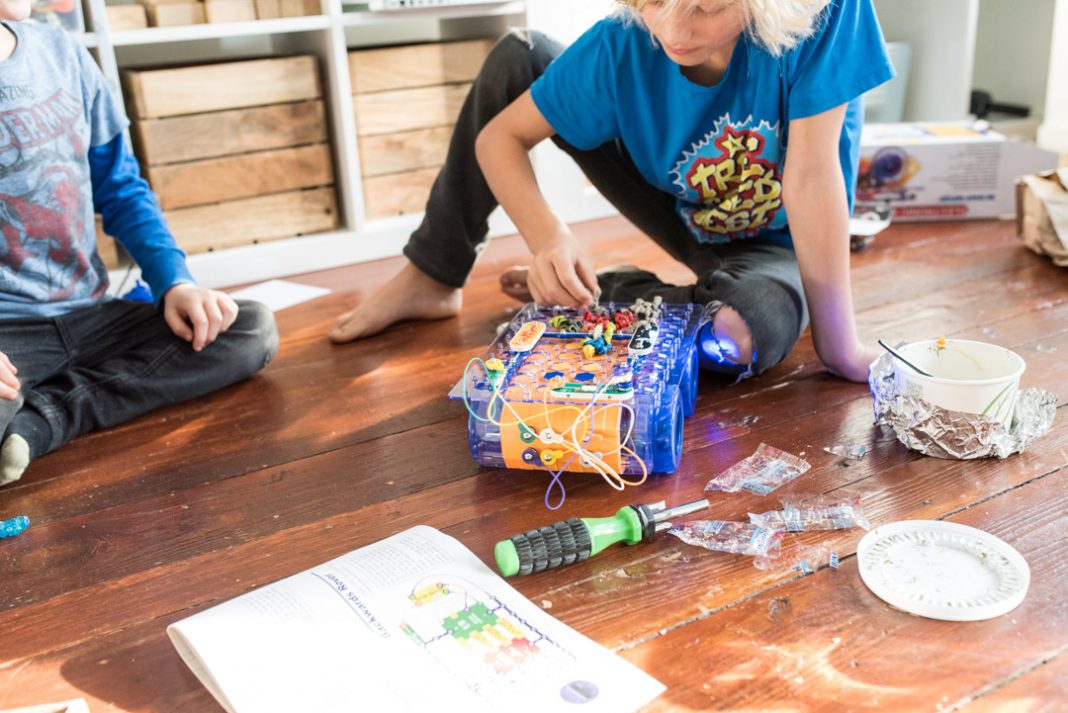 When the boys were really small, I had Christmas down.  We did holiday-themed art projects, advent calendars, Christmas stories, and went to see Santa right after Thanksgiving.  Their stockings were filled with carefully curated items, and Christmas cookies were baked.

For the last few years, Christmas seems to take us by surprise.  Now it’s as much of a Christmas tradition to have Mike and I on Amazon at 1AM three days before Christmas chanting, ‘Prime shipping!!  Filter on prime shipping!!”

So.  If you are riding the crazytown train right into Christmas, turnaround and say hi.  We’re sitting one row behind you.

Happily, Amazon does have some seriously amazing options.  We’re talking really and truly special gifts with high levels of Morning-of-Excitement, and even some toy options that were included in this year’s STEM guide (available to newsletter subscribers), but are worth talking about again. (Also check last year’s STEM guide – most of the products featured come with prime shipping options.)  Additionally, I found a few subscription-based gifts perfect for little (or teenage) engineers and artists.

Without further ado….here are a few last-minute gift options that will make it look like you’ve been planning this all along…

You’ve probably already heard of the original Snap Circuits, or maybe even Snap Circuits Lights or Motion, but our favorite around here is the Rover.  Because most of the projects stem from the idea of making the Rover do something specific (move forward, move backwards, flashing lights), my kids identified with the problem-solving aspect in a way that escaped them with the traditional Snap Circuits.  There’s something about the Rover that makes it feel more real world, and my boys really responded to that.  True, the original Snap Circuits has flashing lights, sirens, and other similar projects to make, but the payout – when you figure out the circuit – is much bigger on the Rover. Mike tried to teach the boys Python.  It was a disaster.  I reached out to Wonder Workshop, and asked them to send me a Dash robot.  Within minutes of receiving the package, Raines was using the app to put the robot through it’s paces:  creating obstacle courses, and “coding” the robot to get through them.  “Forward six feet, then turn…..no.  That didn’t work…….forward FIVE feet, then turn….yes!!!”

It was amazing.  It’s visual coding, but frankly, that’s the best way to start (for kids or adults).

You can buy the robots separately, but I really like the wonder pack.  It includes both robots (although my boys like the bigger one better so far), and all of the accessories – the launcher is the boys’ fav. The wonder pack is available at Amazon with prime shipping, or you can find just Dash (the bigger robot) at either Amazon or Target.  Don’t forget the launcher pack (Amazon or Target).

Anki Overdrive, $99 for the Starter Kit

This is what we got the boys last year for Christmas.  It’s a racetrack that lets you race remote controlled….robots.  They look like cars, but each car is controlled by the Anki overdrive app (you’ll need an iPhone or Android), and each car is equipped with various weapons so they battle as they race.  There’s plasma cannons, a tracker beam that pulls the other cars back when caught in it, electro pulses and….a bunch of others.  Even better, you can constantly change up the track.  At the beginning of each game, the robot cars take a lap to “learn” the new track, and then when you are ready…game on.  I highly recommend getting a couple of additional cars (especially if your kiddos are older – Raines has been testing out the cars to see which is the best) and some expansion track.  Anki’s website has some pretty sweet bundles (here), with expedited 2-day shipping. Seedling Design Your Own Marble Maze, $59

Seedling sent out this kit, and I was surprised by how well it worked.  It’s a basic marble maze, but the kids get to design and build it.  Then, once the finished product is ready, you can use Seedling’s app to scan the maze, and turn it into a game they play on their phone.  Both boys got a kick out of playing an app based on their own design.  There’s also a virtual reality component that was a little buggy, but worked well enough for some ‘WHOA!’ moments. This one is a serious contender for Raines, who will be nine in January.  It’s a build-your-own computer kit with a genius premise:  Minecraft.  The goal of this kit is to encourage kids to tinker….to no longer see computers as a black box, but to give them a real, hands-on understanding of what goes on inside.  Mike is also thrilled that the modules (once built) will ease the kids into Minecraft programming, which is where things get really fun.  Who knows….maybe they’ll even be ready for Python.  (Down, Mike, down.) I reviewed the original subscription box, Kiwi Crate several years ago.  We had a subscription (along with the now defunct sibling upgrade) and my boys loved it. Once a month we’d get a box in the mail filled with little projects (some art based, some science based) that the boys could often do on their own.  I let the subscription lapse over a year ago because they were starting to grow out of it, and we were moving, etcetcetc.

But Kiwi Crate has been expanding, and they now have several different subscription boxes, for a wider range of ages and interests. Koala Crate: like the original Kiwi Crate, but geared to the pre-school set

Kiwi Crate:  this is the original, and does a good job of doing both art-based projects and science-based projects.  This crate is especially good for the mom who wants to do more art projects with her kids but hates messes, or isn’t sure how to start.  Personally, I started to find the kits a little limiting, but we’re pretty into messy art projects over here.  I ended up using these kits as a starting point for projects.  Based on the kit, I’d add some of our own materials to make them more open-ended.  They were perfect for days I didn’t have enough brain power to come up with anything on my own.  (And during the winter this was very appreciated.)

Tinker Crate:  I’m totally intrigued by the new Tinker Crate, geared to older kids. Not only are these projects right up Raines’ alley, but if the ‘Tinkerzine’ is anything like the ‘Explore!’ magazine (which comes in the Kiwi Crates), the add-on science experiments would be seriously cool.

Doodle Crate (not pictured):  There’s also a doodle crate for ages 9-16+, but after looking through it….it probably wouldn’t be my first choice.  If you have a kid who wants to make crafts (and likes to follow instructions), this would be a good fit.  But I have concerns about the open-endedness of this crate….out of all of them, this one feels the most prescriptive.  If you do have an older kid who is seriously into art, I actually like the next idea better…..

First of all, this box subscription isn’t really for kids.  Instead it’s a well-tested, heavily curated set of professional art supplies (3-4 pieces) that the ArtSnacks team thinks will work well together.  I’m a huge proponent of high-quality art supplies, even for kids, and I can see Raines really getting into trying out some amazing supplies each month.  I also love the Instagram community where you can see how others are using the supplies in each box.  Very cool stuff. Also available at Nordstrom (Amazon is really low in stock right now).  This set is a gateway set into the world of Rube Goldberg machines.  What I find confusing, however, is the age range.  Hape states that this set is for 3+….no freaking way.  It may be durable for preschoolers, but setting this baby up is a serious challenge.  Feisty little Pax love-hated it (couldn’t stay away, couldn’t quite get it right), but 8-year old Raines loved it.  In the end, they worked together…setting up a little, testing it out.  Setting up a little more, testing it out. Just like real engineers.  This would be a perfect set to bust out at Grandma’s house, or an adult party where there aren’t huge numbers of kids.  Somewhere where you need something novel and engaging, but quiet. 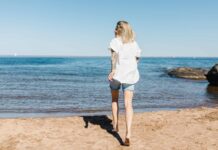 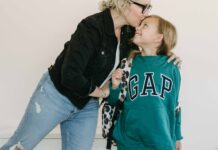