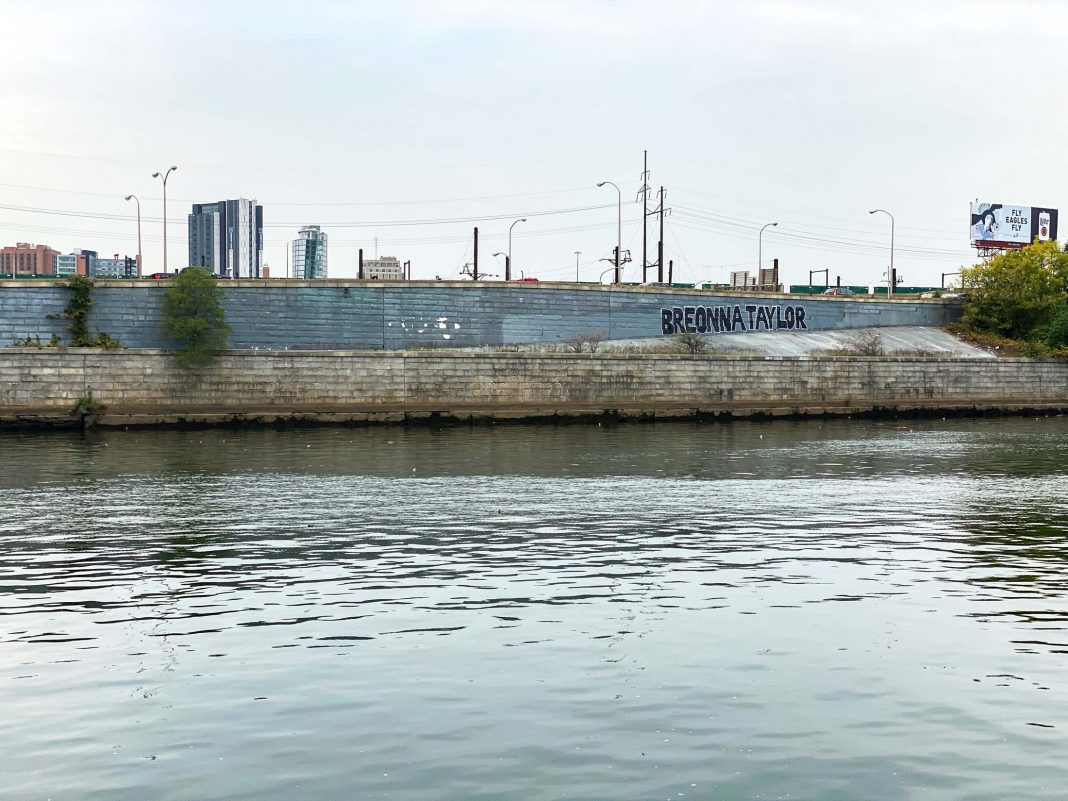 One of our team meetings this week was horribly unproductive. We were all distracted by the Breonna Taylor decision and feeling sad, angry…helpless. Figuring that we weren’t alone, we researched a few ways to channel those helpless feelings into action, and Syd wrote them up here.

Of course, Facebook erupted. There were the usual (tiresome) cries of “stick to fashion!” and “stop being political!” Obviously, those people are new here. And I’m always blown away by how eloquent and thoughtful some of our readers’ responses can be — thank you for being so vocal.

But there were also a few (a very few) who, it seemed to me, were actually trying to understand why we are so angry. There were a few who just assumed that we simply didn’t know the facts of the case.

Our anger isn’t only about this one particular decision — frankly, the Breonna Taylor decision was not surprising. But it did bring into focus some fundamental flaws in our justice system.

At a the highest, broadest level, to summarize the Breonna Taylor case thus far, police officers killed a woman while executing a search warrant…and then two were placed on administrative leave, and one was fired as a result.

Sure, one of the police officers involved will likely go to jail for wanton endangerment (shooting into a wall shared by a neighboring apartment), but for the unspeakably tragic loss of life?

To be clear, I don’t believe that this outcome was the work of an evil, racist grand jury. We didn’t arrive at this outcome simply because the attorney general didn’t care about Breonna’s life. This outcome — which again, not a surprise — is exactly this unsurprising because the outcome followed clearly established rules of law. Under the existing laws, there was no other “just” outcome possible.

In my mind, part of the application of justice (especially in criminal cases) has to involve the notion of deterrence. Can we make the punishment bad enough to prevent a similar crime?

In the case of Breonna Taylor, the application of justice did not include classifying her death as a crime. That alone gives me pause. Nor can I find a reasonable deterrent in the outcome. Two police officers were placed on administrative leave and one was fired, but job loss is clearly not the same as the loss of life. It’s not even close.

I think about what I would do if I heard pounding on my door in the middle of the night. If I was woken from a deep sleep to someone yelling, “Open up! Police!!”

I’m 99% sure that the last people I would think were outside my door would be actual police. Frankly, I’d be terrified, and immediately call 911.

So I have to wonder…why did the police think that the early hours of the morning were a good time to execute this search warrant? In an apartment complex where other people live? In a ‘stand your ground’ state — one where citizens have the right to defend themselves with force? Why did they think that this was their best option?

And what prevents this situation from happening again?

For me, this lack of prevention is the crux of the issue and the source of my anger. We have not addressed the system that allowed this situation to unfold, the system that will continue to allow situations like these to unfold.

According to this Vox article, we execute roughly 20,000 no-knock warrants every year. An ACLU analysis showed that only 35% of these drug raids actually turn up anything, 36% of them turn up nothing, and 29% of the resulting reports don’t mention it either way (leading most to believe that nothing turned up). Oh, and thanks to a little thing called “civil asset forfeiture,” in the cases where police do find illegal money, their department can keep it. Heck, sometimes they can even seize and keep the house.

Unsurprisingly, these no-knock warrants have also caused civilian death and injury (including a 19-month-old who was burned by of a flash grenade thrown into his crib, and a 7-year-old girl who was shot while asleep on the couch).

And of course, throughout these decades of no-knock warrants, when things do go wrong (and they do)…civilians have very little recourse. As some of us are now learning, it’s very hard to charge the police with anything.

So this system of no-knock warrants, of middle-of-the-night, burglary-style entry by police, of chalking up civilian injury and death as simply tragic accidents — this system has been in place for decades. It’s a system I’ve been able to largely ignore, thanks — I suspect — to my whiteness.

Because that is part of what is behind our angry cries of ‘racism’ now. I have never — not once — been awoken to the sounds of police battering down a door in my apartment complex in the middle of the night. That action, at that time of day, speaks to a certainty that The Police Are About to Apprehend a Dangerous Criminal By Any Means Necessary. I’m not sure what it says about due process, nor innocent until proven guilty.

And I suspect that police do not often treat white neighborhoods this way.

If Breonna Taylor was your child, would you feel — given the recent decision — that you had been treated fairly by the law? That your child’s life had been dealt with in a reasonable way?

There is nothing fair or reasonable about Breonna Taylor’s death.

This is also why I cannot just ‘stick to fashion’.

Confronting racism and calling for the reforms of racist systems should not be a political issue.

It’s a human one.

Support the ACLU. 100% of the purchase price of Madewell’s VOTE tee will be donated to the ACLU.

Maybe next week will be better. Frankly, gang, I’m not really feeling the fashion part at the moment. If you do need a distraction (and I get it), head on over to this week’s Weekly Sales Report. It’s a really good one. (And if I end up doing a little shopping-research-as-distraction, I’ll pop my finds in there, too. Right now I’m just eyeballing up Parachute’s new waffle loungewear set. I would like to wear that and eat my feelings this weekend. Specifically this pasta…and peanut m&ms.

Oh! One last thing: If you aren’t yet following the story about Tanquerey on @humansofny, get comfy. It’s a totally wild ride — I’m addicted. Start here. 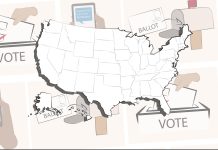 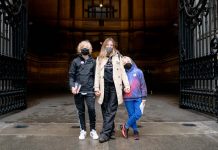 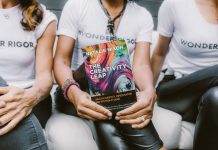 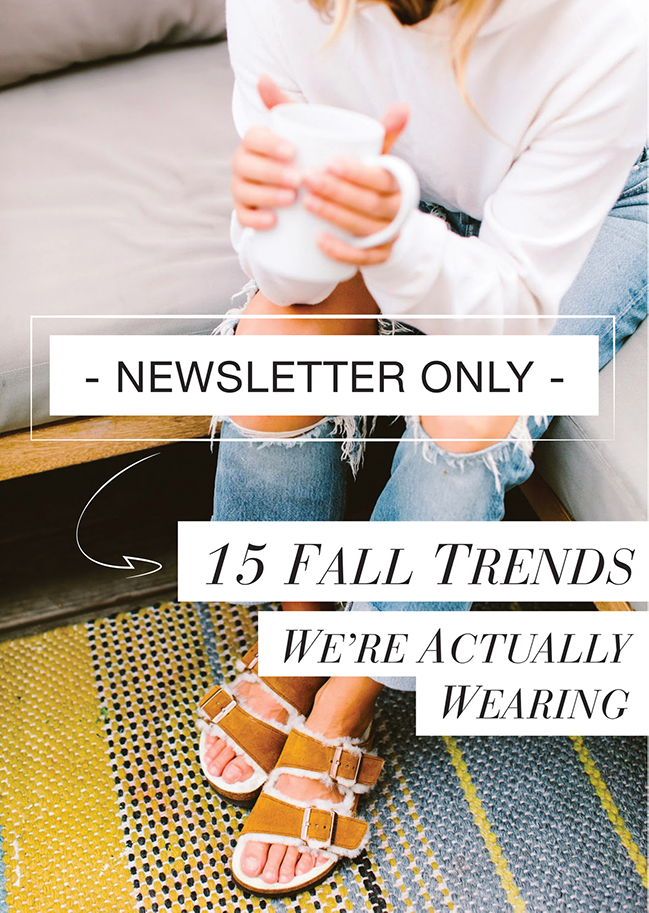 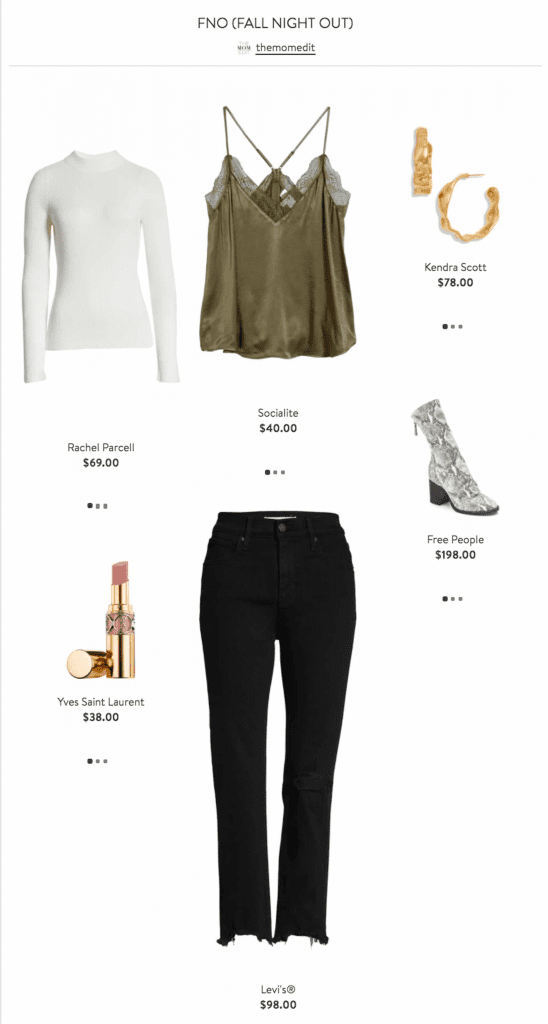