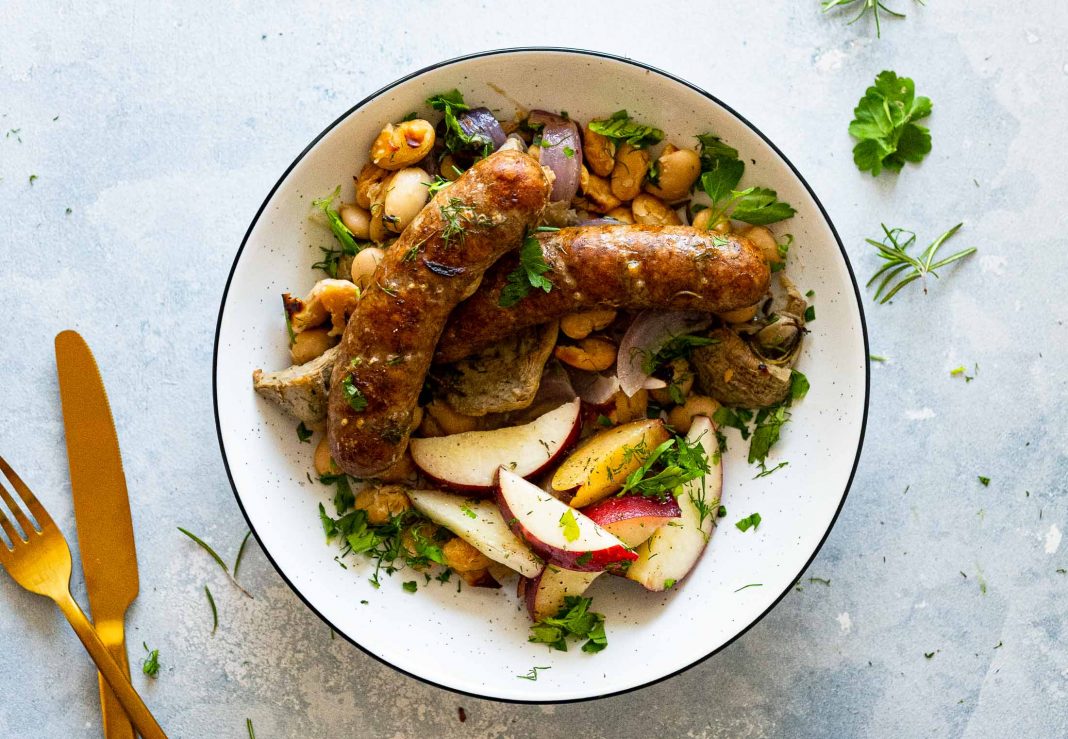 Sausage, White Bean + Artichoke Hearts Sheet Pan Meal — a simple, summery, family-friendly meal that packs huge flavor and comes together on one pan in less than 30 mins. Gluten-free and dairy-free with vegetarian and vegan suggestions.

Yes, another white bean meal from Em. But bear with me, friends — it’s worth it. When we had our team call last week, Shana mentioned how much she relies on her Instant Pot for easy meals in the fall and winter — and how much she doesn’t want to be eating soups and stews in the summer. And we all kinda nodded in agreement. Enter: a challenge to develop a recipe that comes together with the same ease as an Instant Pot meal but with more appeal in the current season. And guys — I’m gonna just give my own horn a little toot here, because this Sausage, White Bean + Artichoke Hearts Sheet Pan Meal is about the biggest flavor payoff you can get from a recipe with very minimal effort. Oh, and the dish-washing game is pretty slick here, too. There’s just one.*

*Unless you’re a food photographer, and then you dirty 17 little dishes trying to make your one-dish meal look Instagram-worthy. Don’t be like me, guys. Use the ONE pan.

The key to the huge flavor and ease of this Sausage, White Bean + Artichoke Hearts Sheet Pan Meal is in the entire jar of marinated artichoke hearts that gets dumped right into the bag. Let’s say it again: marinated artichoke hearts. Not canned in water. Not the frozen guys. The kind in a glass jar packed in oil, vinegar and typically a variety of other vaguely Italian herbs and spices. Any brand that you can find/enjoy will do the trick so long as you have something in the range of 12-15 ounces. (TJs has a jar that will work, and if you shop at Costco, the HUGE jar they sell there will generously cover this recipe two times over.) For the purpose of this recipe, whatever brand your local store or grocery delivery service carries will do the trick.

And then we’ve got sausage — i.e. another element that adds lots of flavor with no work on our part. Chuck the sausage and artichokes, liquid and all, into a large zip-top bag (or a baking dish, if you’re anti-plastic or pro-dishes) with a sliced onion, two cans of drained white beans and a few sprigs of fresh rosemary, let it hang out for a bit, and then dump the whole lot onto a sheet pan. Like so…

In a pretty hot oven, it bakes up in 20 mins — plus a couple mins under the broiler at the end to crisp up the beans and the sausage skin. Fresh herbs over the top. And that’s it, friends. Dinner is done. In the vein of summer, we served ours with a simple stone fruit “salad” (peaches + plums tossed with a little olive oil, salt, pepper and dried thyme) — but you could pile this all atop some arugula dressed with olive oil and lemon, if you’re craving a little more green on the plate. Either way, you’ve got an extremely simple, genuinely satisfying summer meal — that, honestly, would be pretty dang enjoyable any time of year.

Except, you say, why would I want to crank my oven in the middle of summer?

I hear you. So let’s discuss some mods.

Portions: The portion for this meal is easily scaled -- we generally buy five sausages, which amounts to about 1 1/4 lbs, for the three of us (this recipe typically feeds us for one meal, plus one serving leftover) -- but if you're feeding a family of four or more, just nestle a few more sausages onto the pan. If you're really looking to feed a crowd, you can always double the recipe across a second sheet pan, too.

Vegan/Vegetarian Modification: Swap the sausage for your fave veggie sausage. If you eat dairy, I also love the idea of doing this meal sans-sausage, adding a third can of beans and grilling up some halloumi to enjoy alongside. Get creative. It's hard to go wrong with the easy flavors in this recipe.

Side Dish: we serve this meal with a "salad" of stone fruit (a couple each sliced peaches and plums) dressed in olive oil, salt, pepper and a little dried thyme. Highly recommended!

I think it’s fairly clear at this point that I’m very excited about this Sausage, White Bean + Artichoke Hearts Sheet Pan Meal — and, moreover, the ease with which it comes together. We might even whip it out for a social-distanced supper with friends this weekend. First time entertaining in more than 3 months, so something low-key and low pressure sounds juuuuuust about perfect. 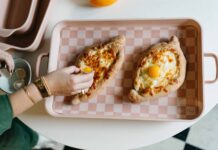 This New Ovenware From Our Place Is Simply Lovely 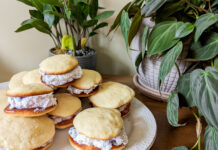 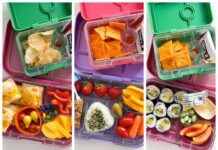 The Mom Edit may use affiliate marketing links and receive a commission based upon sales made from them. This type of revenue helps to keep our website running without passing the cost onto our readers. As always, all opinions and product choices are our own. Thank you!
© 2023 The Mom Edit. All Rights Reserved.
Skip to Recipe
MORE STORIES