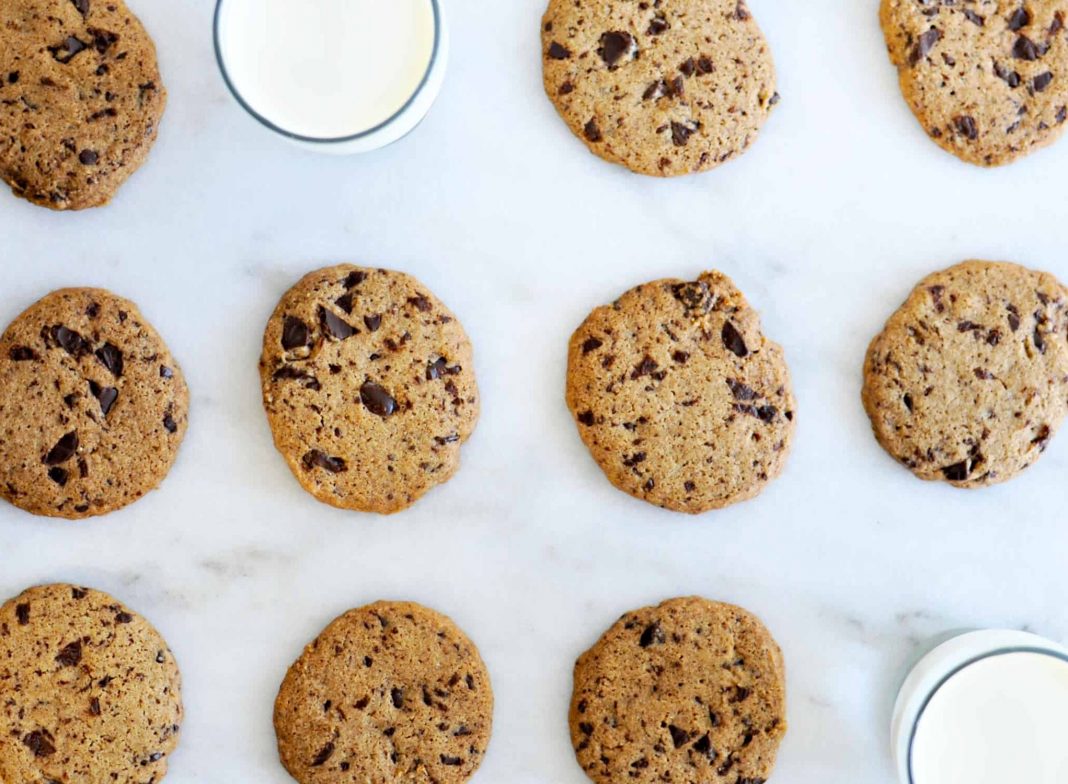 Greetings from the land of lunchtime! We’re about a month into the adventure that is packing a full-blown meal for an only partially-attentive diner, and I’ve already learned a lesson (or three).

Lesson one: items that are quickly eaten fare MUCH better than elaborate (albeit tasty) entrees. Typically, that means items that are handheld — salami and cheese, spam musubi — with the biggest bonus being that when I pick up Lana from school and she claims she’s “starving,” she can easily eat any leftover lunch bits on the drive home with minimal carnage. (Pun so very intended. Even patting myself on the back a little…)
Lesson two: Lana is more likely to eat more of her entire lunch if a dessert is present. Yes, more of the good stuff, too. Even if she eats the treat first, it’s almost as if her little 4-year-old conscience reminds her to consume plenty of “growing foods” (as they’re called at school) alongside. Who’da thunk.
Lesson three: Nuts are a no-no. OK, so I saw that one coming. But I didn’t expect her class to also be egg-free and gluten-free, which has forced us to get a little creative, mostly where those aforementioned desserts are concerned. Which brings us to this: another roundup resulting from a late-night deep dive into lunchbox research — this time to the tune of Succession humming along in the background. (Which, if you haven’t seen — well, the writing for Matthew Macfayden’s character is about as good as it gets.)
But I digress.
So without further ado: 10 Homemade Lunchbox Desserts that are Nut-Free, Gluten-Free and Egg-Free. Happy lunching, guys. 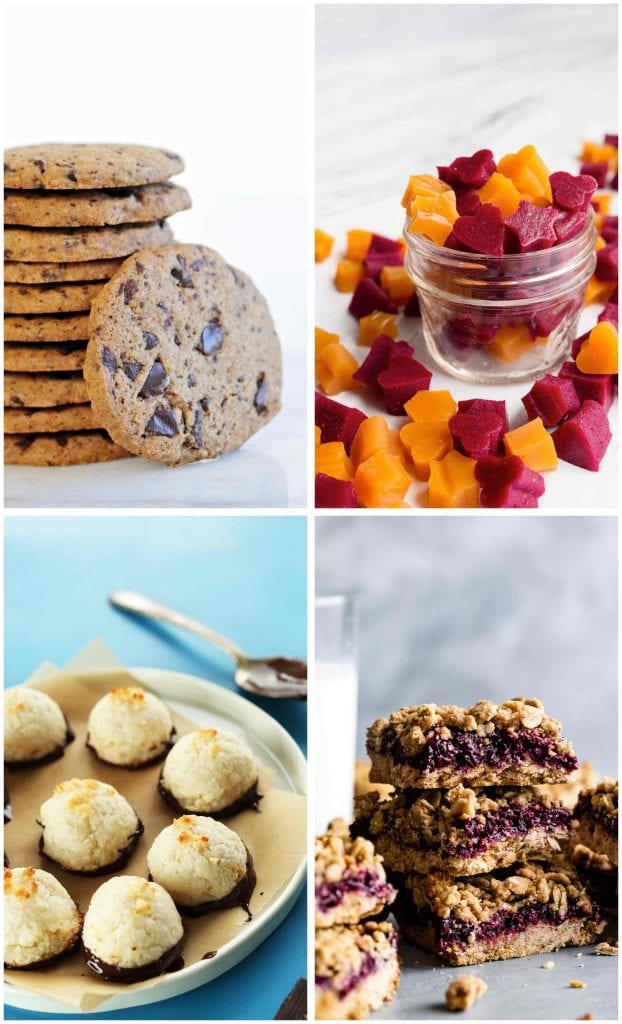 These thin + crisp cookies are rolled and chilled before they’re sliced and baked, and they’re a near copycat of Tate’s. They store great, too. We eat them by the stackfull.

Ah, the Coconut Macaroon (not to be confused with those little buttercream-filled macarons). There’s a cafe in my hometown that sold giant, sticky-chewy macaroons the size of softballs. Literally so big that I would pack a slice in my lunch and it’d last me a week. Conveniently, these little guys are a little more appropriately portioned for the kiddo’s bento, and no less delicious.

OK, this one’s a little goofy, but bear with me. This no-bake, crustless cinnamon cheesecake is 100% lovely as-is (we’ve served it for dessert when entertaining several times and it’s such a decadent cinch) — but it also makes THE BEST dip for apples in a lunchbox.

There are quite a few variations of vegan + gluten-free brownies floating around out there, but the fudgey texture on these looks legit, and there’s no weird substitute in the place of eggs (looking at you, chia egg!). Rather there’s just…no eggs. I love how the author did a little investigating to make sure the recipe was working as written when commenters had issues, too — so make sure you read the post through for best results. Totally looking forward to giving them a try.

You guys might realize by now that, when it comes to GF baking, my friend Sarah can do no wrong. I love these jammy bars that are seriously packed with fruit. And she’s claiming they count as breakfast, too. I mean…if you insist.

I see the use of the word healthy here as a bit of a stretch, but the use of brown rice syrup in place of marshmallows is intriguing. (To be fair, traditional marshmallow Rice Krispie treats would fit the bill for my nut-free/gluten-free/egg-free criteria, but we all know the drill on those guys.)

These little homemade fruit gems are so stinkin’ cute. My friend Christina, who developed the recipe when her daughter was just a babe, said the mango ones were the biggest hit by far (Lana is similarly obsessed with anything mango). Full disclosure: when Christina and I talked about these guys a couple of days ago, she admitted she might sweeten them a bit more for the palate of her now 4-year-old, but either way, they’re a fun alternative to store-bought candy.

I’ll be the first to admit I kinda like sunflower butter, probably because most versions are sweetened. (Trader Joe’s sells an unsweetened version that is admittedly not as tasty, but still tolerable if you like to feel like you’re, um, eating pureed sunflower seeds.) Combined with chocolate, raspberry jam and/or crunchy coconut, these little cups sounds downright decadent.

Back to Christina for another homemade riff on a fave store-bought treat. These little fruit rolls are admittedly time-consuming, but it’s nearly all hands-off. You puree the fruit with a little honey, spread the mixture on a parchment-lined pan — and then let them dry out in a low oven for 4 hours. Perfect rainy day kinda activity when you know you’ll be around. Or pop ’em in the oven before dinner time and pull ’em out before you go to bed. And then gloat away, because any parent that’s packing homemade fruit rolls for lunch has clearly got their shit together.

You all know how obsessed I am with these exceptionally addicting homemade mochi muffins, but unfortunately, they break the rule on eggs. I can’t promise these Vegan Coconut Mochi Bites hit all the same notes, but anything with a chewy mochi texture usually gets my vote, so I’m super-intrigued. Lana loves the texture, too, and the size of these is nothing if not lunchbox-friendly.
Oh, and side note: I ran a little giveaway on my personal Instagram last week (now closed), and the accompanying lunch-packing tips on this post are pretty dang good.
Look forward to hearing if you make any of these for yourselves. Have a great week, guys!
xo,
Em 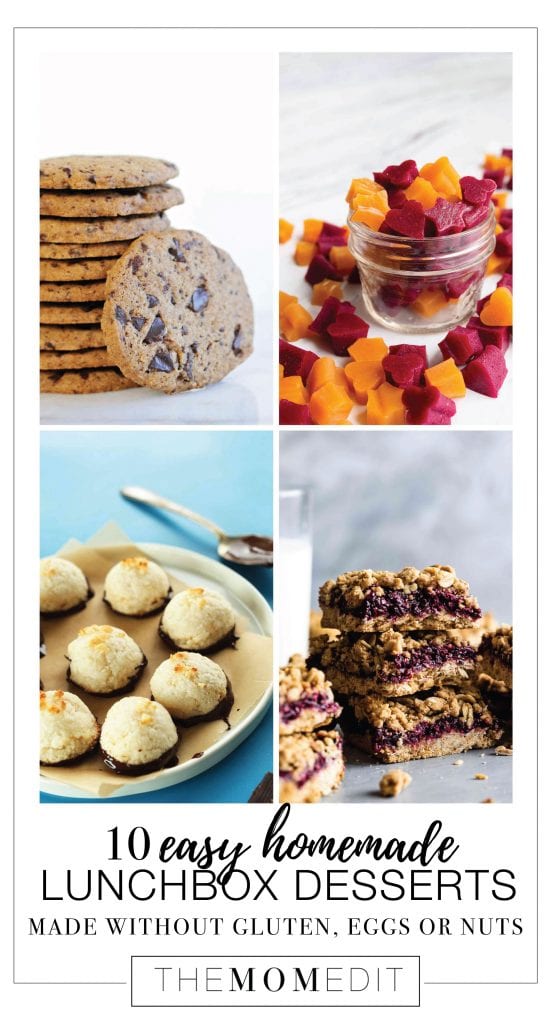 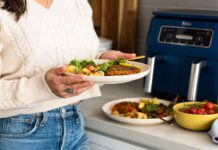 Making The Case For The Ninja Foodi Dual Zone Air Fryer (Or, How We Manage Dinnertime With A Newborn) 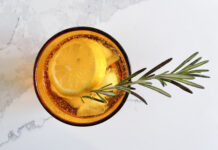 10 Fun Mocktails To Cheers With This Holiday Season 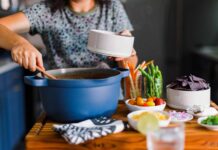