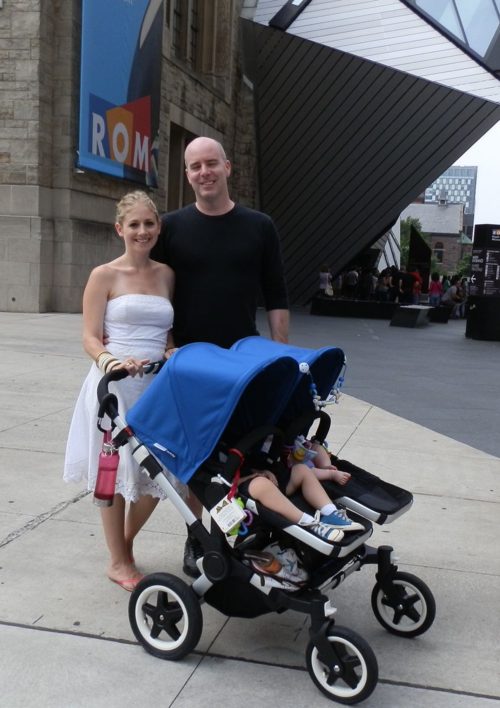 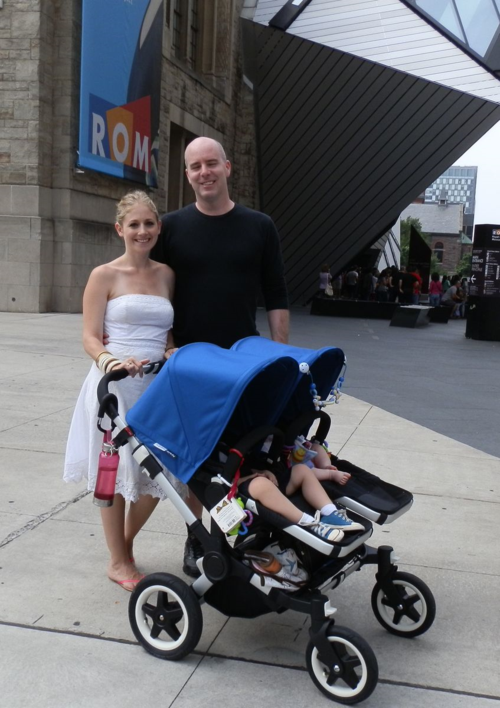 I am honor bound to begin this post by writing, “S. was right.”  We hotly debated the merits of the Bugaboo Donkey convertible double stroller when we heard about it last year.  I balked at the name and the $1,700 price tag.  S. pointed out that the side luggage basket would be perfect for icing beer and wine for jazz in the park.  I conceded that point and softened to the Donkey’s appeal, but it was not until I had my first Donkey sighting outside of the Royal Ontario Museum in Toronto a few weeks ago that I actually fell in love—serious, covetous love—with this stroller.

Meet Elizabeth and Bruce, and their adorable little family, visiting Toronto from London, England. They are total perfection and were so sweet to stop and chat with the crazy lady stealing glances at them from 20 people ahead in the 1-1/2 hour-long entrance line to the ROM. The crazy, sweaty lady, I should add (it was roughly 98 degrees, with about a thousand percent humidity, and I had been fooled by the gray skies and intermittent drizzle, seen from our 6th floor, hermetically-sealed hotel room, that it would be somewhat cool outside and was thus wearing a pair of melting J Brand maternity skinnies and an Isabella Oliver tank with a scarf—yes, a scarf, perfect for a pregnant lady in hellishly-hot and humid weather). I should also add that it was my adorable and outgoing husband who stopped them because I was too awe-struck and dumbfounded by this rare sighting in the wild. It was like seeing a moose for the first time.

At any rate, Elizabeth, a U.S. expat (who, unlike me, was dressed impeccably for the day in a white eyelet strapless dress accessorized with a stack of neutral bangles, with pink flip flops and her hair tied in a beachy chignon), and Bruce, a Toronto native, explained the trouble they’d had with their former stroller, a Phil & Ted’s Explorer: flat tires (I can relate to that—we’ve had several flats on ours), and at 26 pounds (a normal, and very respectable weight for a double stroller by any standards), with no detachable parts, it’s very heavy to lift for the super-petite Elizabeth (tiny S. is nearly outweighed by hers, so I know she’s nodding now, too). Add to those facts that their stroller is their main mode of transportation in the city and that the current exchange rate on the British pound is $1.63 U.S, and in that context, the Donkey makes total sense. I only wish it made more sense for my every-other-day park outings and grocery runs, because it was fabulous in literally every way—the styling, the cargo space, the fabric, the size, width and handle. Truly. Perfect. 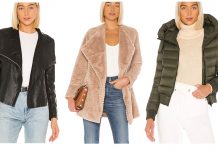 Revolve Is Having A Huge Outerwear Sale (& It’s GOOD) 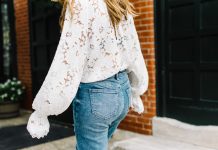 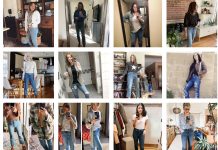