Time goes by, life continues, and suddenly you realize that you don’t remember…everything. That some things from your past are not quite clear. When you look back, there’s something that terrifies you, but it hurts so much that you put it into oblivion.

Something makes you block that lived moment, something your mouth can’t let out, but something that has ingrained itself in your body and mind, and little by little has started to create its own voice. A voice whose origin is unknown, yet a voice you’ve decided to normalize and attribute as personality traits, as a part of who you are. A voice that comes out as our worst defects and weaknesses.

We normalized what wasn’t normal. We accepted the unacceptable and submerged ourselves in a world that resembled that hell we unconsciously wanted to escape. One way or another, our subconscious looked to reprogram the same emotions, feelings and reactions in our present, affecting every decision in our life.

But we didn’t know we were part of a toxic cycle we needed to escape.

That person — the one responsible — doesn’t know what his actions caused. He doesn’t even know we started to suspect, and that one day, we confirmed the truth. He didn’t make adequate math and forgot that two are more than one. He forgot that one day, one plus one would result in survivors who wouldn’t completely forget the images of what happened, who were — without knowing it — waiting for the moment in which the youngest would remember the unforgettable, giving value and credibility to all the memories we both thought were products of our imaginations.

He thought our young age would make us forget it all. He forgot that life is a boomerang, and what goes around comes around, failing to keep distance and having the nerve to always stay close, very close — being part of our lives every passing year. Maybe hoping the good memories would erase the despicable ones.

That person, victim of other victims, became the victimizer, and he made the mistake of choosing us, but he didn’t know. He didn’t know that those two innocent, vulnerable and shy little girls would become the women they are today. He never imagined that destiny would have so much for us…and that God would lift us so much that now he’s the vulnerable one. The one who fears and hides like we did many times.

Our childhoods were marked by depression, anxiety, self-injury and the desire to leave this world. Our adolescence was marked by a lack of self-love and the thought that we would only be loved because of our bodies and what we did with them. Sexualities destroyed, marriages affected, fearful motherhoods, panic attacks, eating disorders, suicide attempts.

Insecurities and loathing when we looked in the mirror or tried to do natural things like showering or being intimate with our partners. Adult women who didn’t recognize themselves. Adult women who relive what happened time and time again in their nightmares.

But we’re still standing after all our falls. Our legs are trembling, but we’re learning to walk again. This time we’re holding hands together, knowing how lucky we are to be each other’s witness. We’re looking back to comprehend, living in the present to heal and end the cycle, but looking forward to this unbearable pain becoming our greatest strength. We’re no longer victims; we’re survivors.

(The above was written mostly by my sister, who can make magic with words, I only added the last paragraph.)

My sister and I are childhood sexual abuse survivors. We had the best childhood our parents could have given us in our circumstances, but we always hid unbearable pain without knowing it. We developed our own defense mechanisms to endure the trauma.

But in our adulthood, we started to have flashbacks and nightmares. We thought we were crazy, that it was all a dream. We kept it to ourselves, but our bodies and minds wouldn’t go silent, so they stopped whispering and started screaming. My sister fell into a deep clinical depression and started treatment, discovering her abuse. One night she shared it with me. My face froze, my body started shaking, and tears came down my cheeks. The suspicion I’d had for six years, since I had my first child, was real. I wasn’t crazy. It wasn’t a dream. “I have those flashbacks too,” I said. We cried, hurting for each other, but we also cried in relief. I believed her, and she believed me. Even if the rest of the world would not, we knew we had each other and God.

This was over a year ago, and since then, we have uncovered the infected wound to clean it and let it heal. Our bodies, minds and spirits have been able to express what our brains had to block to protect us when we were innocent children. The healing has hurt like hell, the recovery is tiring, and sometimes we think it will never end. Still, those parts of our brain that shut down almost 30 years ago are now awakening and showing us the potential we never thought we had. Because the truth, even if it’s been buried for too long, will always set you free. The wound is healing properly until one day; it will only be a scar that will remind us how far we’ve come.

If you’ve never told anybody…we believe you. If you have a suspicion, follow it. Your inner child may have something to tell you.

My sister Laura is a makeup artist and mom to two little girls, one of them with special needs. She shares everything from motherhood and mental health to makeup. If you speak Spanish, you can find her at (@lauratorres.artist)

If we’re not IG friends yet, you can find me at (@julietatorresd). I’m currently in Colombia, where I was born and raised, for the first time since I started treating my trauma. Seeing my life with new eyes, but feeling stronger than ever. 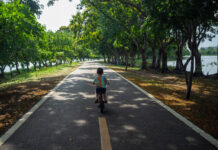