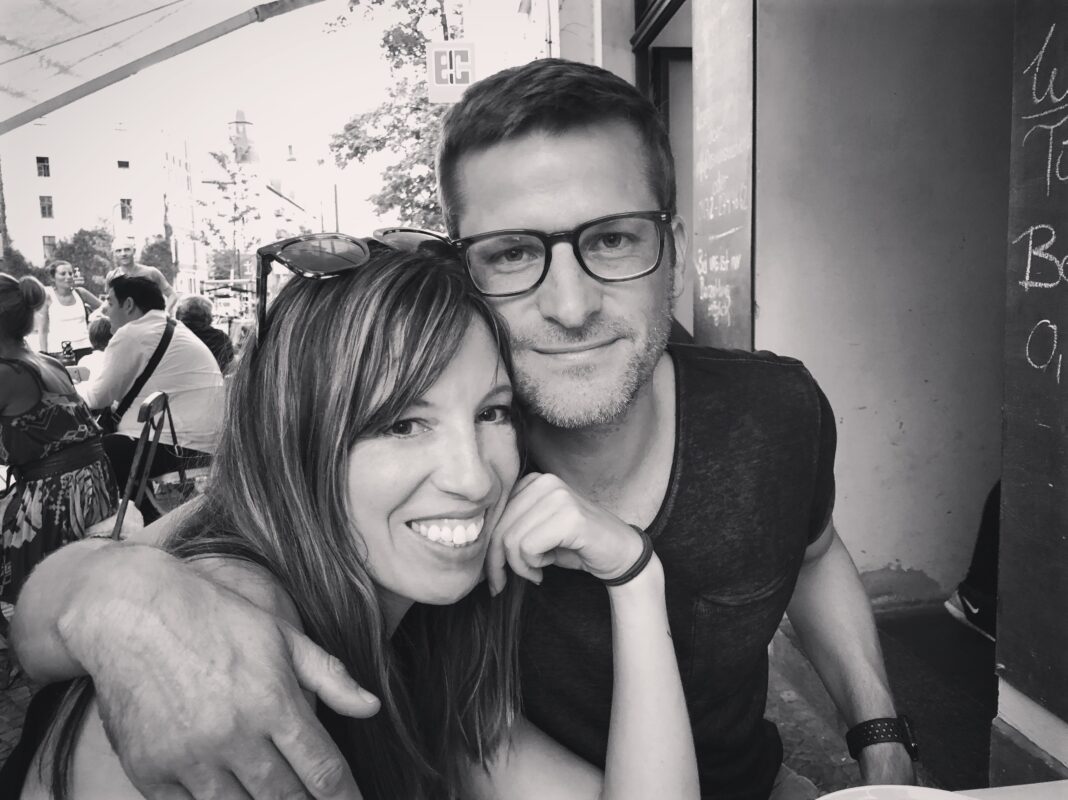 Mike had eye surgery last week. The man sees double (he has for the last 20-something years) and therefore has had, in addition to regular prescription lenses, a prism, making his glasses Coke-bottle thick.

Technically speaking, he could’ve had this twelve-minute surgery at any point, there was no particular emergency, but he had simply never gotten around to it. I suspect he hadn’t gotten his vision corrected for the same reason he didn’t see a doctor when he hurt his foot.

Or stopped PT after his knee injury.

Or refused repeat appointments after hurting his shoulder. And then refused to follow any instructions.

I mean…why would the man see a doctor when instead he can just Google and pontificate?

Why should he, man of giant brain, follow medical advice when instead he can buy random shoe inserts on Amazon?

Why would such a specimen do physical therapy for sport X when he can just switch to sport Y?

Why schedule these meaningless appointments with real, adult doctors when he can just text his vet buddy?

Why seek professional help when he can just regularly moan to his wife?

Why indeed. I have to assume that the moaning — from his perspective — must have been sufficient, because that was literally all he was willing to do. Regular bouts of moaning (interspersed with Googling and pontificating) was his treatment plan for years. But as Mike’s double vision worsened, he became convinced (fairly recently) that it was ruining his “squash game”.

Some items of note:

Did Mike play squash in college? No.

Has Mike ever played squash in a tournament? No.

Does Mike belong to a squash club? No.

Does Mike think that he is a natural athlete and therefore should be amazing at ___ (fill in the blank) without any sort of practice/training/experience? Yes. OBVIOUSLY.

So last Thursday, I picked up the would-be Olympian at the hospital, groggy with anesthesia, blinking back a few bloody tears. We won’t likely know how well the surgery worked for a few more weeks yet, and won’t really know about his “squash game” for a couple of months. But he is already seeing straighter, without prisms, so we’re cautiously optimistic.

And within hours of getting home, as I was fussing over him a bit, he started giving me “the eyes” with his one good/not bloody one, so.

I think Hercules is gonna make it, guys.

Still the best value sweater. I’ve owned Everlane’s Oversized Alpaca Sweater for three years now, and it’s a GOOD one. Shockingly warm, soft, and layers nicely over tees or button downs. I have the ‘charcoal heather,’ which is still available, but Everlane just released their new fall colors and the ‘spruce’ (a green) is seriously gorgeous.

Happens every fall. Leaves start to turn and suddenly I want corduroy. I can’t decide between Reformation’s sustainably made high-rise, wide-leg cords (in either ‘bone’ or ‘cafe’) or…these trouser cords by Treasure & Bond (also in plus sizes). Would make for a killer back-to-work outfit.

But it’s hot, so. My tourist dress from Tiny Closet was just re-stocked. It’s pretty perfect for right now (see it on me, here.)

My latest purchase. This cropped La Ligne sweater (navy). It’s 100% cotton and ridiculously cute on. For a more affordable dupe, try this sweater from J.Crew or — whoa — this one from Alex Mill.

My next purchase for Mike: Pendleton’s Shawl Collar Cardigan (on sale!) – so good for chilly outdoor date nights (beer gardens, dining outside, etc).

The problem with ‘charming’. Years ago, I bought a Sodastream in a penguin shape (I KNOW). The boys were really young, and it seemed like a good idea at the time. We actually still use it, but this product is HUGE and takes up wayyyyy too much counter space in our tiny kitchen. I’m actually eyeing up the beautiful (and slim) Aarke Carbonator — does anyone have it? And do I care that the bottles are BPA-free plastic instead of glass? (Hmmm…I really love our glass bottles.)

I bought the cookbook. Many of you left the most helpful, amazing comments on my vegan meal plan post. And since several of you recommended Jenny Rosenstratch’s Weekday Vegetarian…I ordered it. Thank you!

Documentary Sunday. Mike is trying to start a new thing where every Sunday night we either watch a documentary or listen to a podcast together. Last Sunday, we watched The Social Dilemma on Netflix and WHOA. While this documentary certainly has its limitations (Mike winced when they started talking about AI, and I agree with Maria Farrell’s distrust of the ‘prodigal techbros‘ who make up the bulk of the “experts” featured), but what the Social Dilemma does best is artfully illustrate exactly how manipulative social media algorithms are. It’s stuff we knew…but was still rather horrifying/illuminating to see it play out on screen. It IS the kind of documentary that makes you want to delete all social media accounts, but it also provided us with some seriously good talking points with the kids. In the end, we want to spend our time intentionally, doing activities of our own choosing, not facing off against an algorithm that’s intent on keeping our attention glued to a screen. Highly recommend.

On that note…I’m outta here. 🙂 Have a good weekend, everyone.