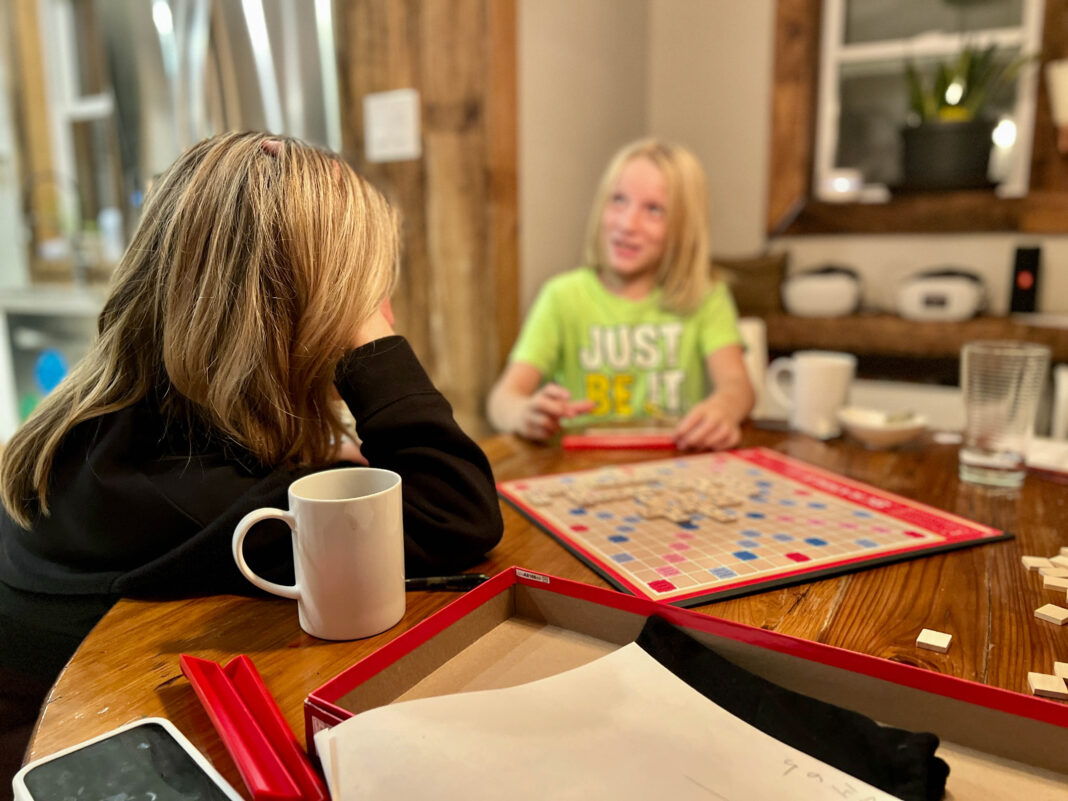 We have a new crossing guard. This may not seem like a big deal, but in the Philadelphia public school system, one is not guaranteed a crossing guard…or a school nurse or a counselor or art classes or windows that open or…anyway. I’m getting off track.

So yeah — we have a crossing guard now. And? He’s awesome.

From a block away I can hear him, shouting at cars. He even takes on big trucks! “THAT’S NOT A TURN LANE!!” he’ll yell. “YOU STOP RIGHT THERE! STOP…YEAH, YOU STOP AND WAIT TILL I TELL YOU…THAT’S RIGHT…” And then, when he’s ushered kids and parents across the street, allowed the rule-following cars and trucks to turn, then he’ll make a big, dramatic show of holding up traffic, and gesturing wildly for the offending vehicle to turn, after making them back slowly up into the turn lane IN SHAME.

Parents, of course, love him. And the kids watch him with wide-eyes and undisguised glee.

I don’t know who is more fun to watch in the morning: him, or the kids watching him.

But the reason I’m obsessed with this man (not only for his fearless confrontation of Philadelphia truck drivers) but because, several times a morning, he’ll throw his arms out and boom, “GOOD MORNING, YOUNG SCHOLARS!!” to the kids as they cross.

THIS is the kind of big-morning energy I need. Scholars. What a seriously amazing reminder to the kids as they walk to school. There’s something about that word that makes me feel so dang lucky, and I think the kids do, too.

There are high-fives and thank yous, and I always see a little extra pep in everyone’s step.

This man is a gem.

I’ve started using his catchphrase, too. “GOOD MORNING, YOUNG SCHOLARS” I’ll cry, as the kids come down for breakfast. Pax blinks at me, sleepily, rolling his eyes, while Raines just shakes his head.

But I see their reluctant little grins.

Can’t hide those from Mama.

Holidays, coming in hot. Black Friday sales have started in full force (see our Weekly Sales Report for proof) and I find myself inexplicably drawn to the faux trees (and greenery) on sale at Nordstrom (of all places). Mike had “misplaced” our old winter Birch light-up tree, so I’m sure he’ll be DELIGHTED to hear that I found it on sale!

I set fancy tables now. In addition to looking at light-up trees, I just bought these pretty pinecone placeholders and this light-up snow globe. I am irrationally excited.

Everyday Boots. I’ve been looking for a pair everyday boots to wear with straight-leg jeans this winter. Not snow boots (I already have this pair) but rather an everyday boot rugged enough for the snowy (and sometimes mucky) north, yet chic enough for city life. I’ve been testing out these Ganni boots (in olive green) and LOVE them. Additionally, in my quest, I stumbled upon these Sorel boots, which also work, but with a slightly different vibe. Honestly? Both are great.

Smoother shoulders: I just ordered Oui The People’s Resurfacing Body Serum. I also want to try their (cult fav) razor, but am waiting for the rose gold to be restocked.

Mike needs a new ski helmet…so obviously I bought a pretty one for myself. With matching goggles. (In my defense, they are both on sale.)

Scrabble, But Pretty. Pax and I have been playing a bunch of Scrabble lately, and we love it. I hate, however, that the box is broken (it ripped the first time we played), and that the pieces are just rumbling around. I’d love to find a really nice set — maybe even something to leave out? I’m debating between this cool CB2 set with a built-in lazy susan and this cool, personalized set that would be much easier to store. Thoughts?

Have a good weekend, everyone!