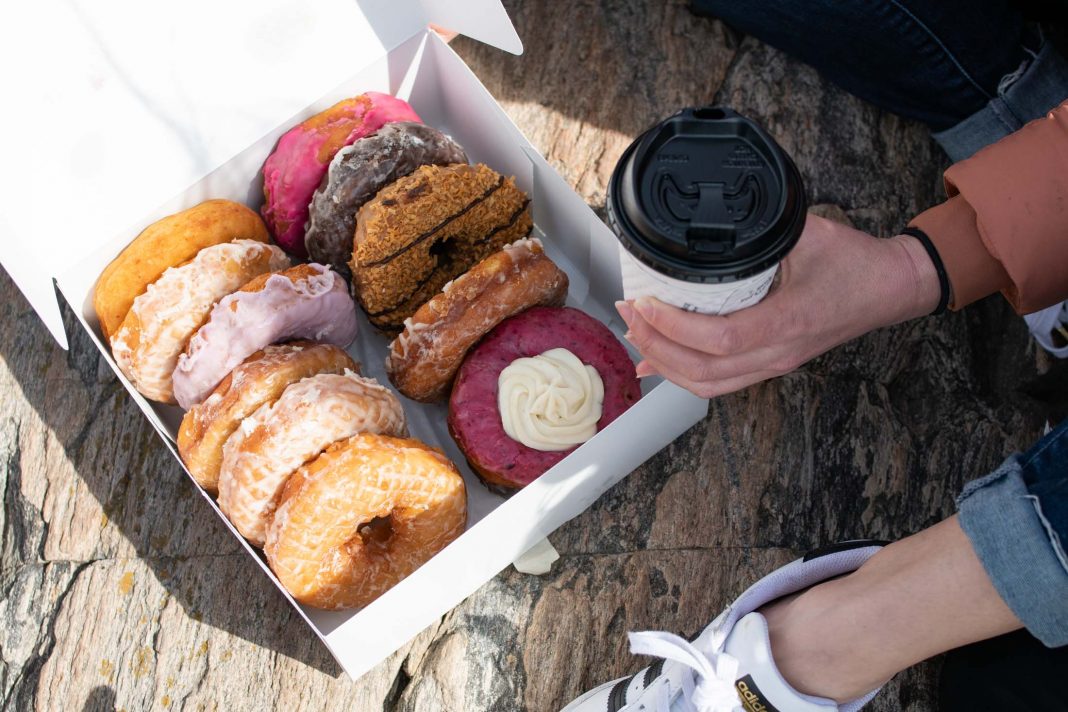 I’ve been a little quiet about recent events in the news lately (not my usual move, I know) but I’m having trouble sorting through my own messy thoughts, much less finding the right words. I keep thinking that long-lasting change probably does come with a certain amount of upheaval and discomfort and so maybe we are heading in the right direction after all.

I do know, however, after reading through/watching the defense in the Derek Chauvin trial — which is making me lose faith in humanity — that I needed to see this IG from @mommahorsetales. “This isn’t political” she says. “This is humanity. Are we going to stand for a public execution?”

I think it’s important to call things what they are. And what happened that day was clearly not “policing.” Based on the outrage and horror expressed by the police officers testifying against Chauvin, many would agree. It was, however, to use @mommhorsetails’ very apt words, a public execution. It’s already too late for justice — justice would be George Floyd, alive, having his day in court for any crimes committed, rather than being publicly executed — but I can only hope that his wrongful death doesn’t go unpunished.

It feels strange to be hoping for punishment…that’s not my thing, typically. Punitive anything always gives me pause, but I see no other valid alternative in this case. Perhaps that’s part of why I’m feeling so unsettled.

I was also bummed out by @sharonsaysso’s handling of the Georgia voter laws. If you don’t know her, Sharon is a Minnesota-based government teacher who has taken to Instagram to teach people how to sift through media bias and examine facts. She can also throw down some serious knowledge about how government works. I have tons of respect for what she does.

Sharon recently did a series of IG stories on the new (and controversial) Georgia voter laws — after reading through all 98 pages herself. She saved her stories into a highlights reel called, “GA voting law” and I’ve found that it’s the most comprehensive outline of the new voting laws I’ve found online (beating out NYT and other news outlets).

She starts with some historical context: the advent of Jim Crow laws (including a definition of the term, ‘Jim Crow’), the Voting Rights Act in 1965 (and why it was necessary), and the 2013 Supreme Court case, Shelby v Holder that — ultimately — struck down a pivotal section of the VRA (preclearance) as unconstitutional.

Sharon goes on to cite findings by the Pew Research Center: in the years following Shelby v Holder, more than 1,000 polling places were closed…most of them in predominantly Black areas. (If you want a better understanding of some of the obstacles to voting over the years…Lex wrote a really darn good piece last fall.)

Sharon even spells out, very clearly, this unsettling-but-true statement: “The United States has a recent history of legal Black voter suppression.”

Here I had to pause. I needed a moment for those words to really sink in. The fact that we, as a country, have passed and allowed, and continue to pass — in my children’s lifetime — laws that allow the suppression of votes by Black citizens.

And now we have the new Georgia voting laws.

If you are interested in the details of Georgia’s new voting laws, I recommend going through Sharon’s IG stories. As you likely have already heard in the press, these new laws do make it a crime to hand out water to people waiting in line to vote, they’ll likely restrict voting hours in urban areas (while expanding them in rural), and reduce access to early vote drop boxes in urban areas….while, yup, expanding access to them in rural areas. Even more targeted, the law now makes the two mobile voting buses of Fulton County — purchased as a way of alleviating long lines at the polls — illegal.

If you are wondering about Fulton County demographics: primarily Black, typically Democrat. (ps. This is John Lewis’ district.)

If you are wondering about actual voter fraud cases in Georgia, the number is 24. Over a period of four years.

So why was I bummed by Sharon’s coverage?

When Sharon covers a topic, she really gets into the details, providing context, and listing out the facts. She’ll then open it up for questions, and then, finally, responses, asking specifically for conservatives to respond, moderates, and liberals. She’ll then post common responses from each group. In terms of the GA voting law, the comments from each group were unsurprising, exactly as you’d expect. And then, when wrapping up, Sharon thanked everyone for sharing their thoughts and said something like, ‘it’s also good to remind ourselves that most of us want the same thing: fair and free elections. We just have different ideas on how to get there.”

It’s this last part that doesn’t sit well with me. It doesn’t sit well because I think it’s important to call things what they are. And I think it’s pretty clear that these Georgia voting laws are not trying to achieve fair and free elections. They — the party currently in power — are trying to win. To hold onto whatever remaining power they have for as long as possible. And if that is done at the expense of Black voters?

While some may argue whether or not these Georgia voting laws are Racist Laws, or if they are laws written by racist people (and this Newsweek article does say exactly that), what is clear, is that these laws will lead to injustice.

And while I appreciate that the ‘we’re all friends here!!’ approach is what often keeps people around, there’s something about this mindset that, ultimately, strikes me as dangerous. These words feel too soothing for the topic at hand. They’re like a reassurance, a permission to pat ourselves on the back (we learned something new today!) and then go back to our daily lives. An affirmation, of sorts, that our good intentions are enough — regardless of outcome.

So this is the part that keeps me up at night. Because I don’t want to hide behind good intentions, especially when the outcome is injustice. Knowing the facts is important, but truth — real truth — lies in understanding where those facts lead, and the consequences that result. And when these consequences are injustice…does intent really matter?

The most flattering everyday dress. I just picked up this ribbed midi t-shirt dress from Good American and it’s freaking PERFECT. Runs a bit small (I’m wearing the size 1) but it has some sort of inner liner that holds you in, but is, essentially, a super comfy ribbed knit. The length is great, and the flare at the bottom makes it easy to walk in AND a little sexier. Highly recommend. (Also available in plus sizes!)

Affordable dupes. I love my ribbed Bardot top from Reformation, but it does require a strapless bra. Everlane has a similar one that might work with a regular bra, and is only $30.

One more, while you’re there. Somewhere between Vermont and Philly, I lost my beloved x Karla long-sleeve white tee…and my size is no longer in stock. BOO. But Everlane’s new oversized tee looks really similar AND it’s organic cotton AND it’s half the cost. So.

Reunited at last. I’ve been messing around with various under-eye creams for 6+ months now, trying to find the one that will restore my eyes to their 20-something state…and finally gave up went back to this one. It prompted an almost immediate sigh of relief. Not 20-something results…but still the best.

OOOO…with baggy jeans?? The Tiny Closet just came out with a few spring tops and this linen tie-front number is calling my name, HARD. I’m obsessed with the styling (baggy jeans yessss) but it would make a seriously cute cover-up, too.

Let’s do ‘slouchy’ instead. I’ve been working with our new Gen Z interns (they’re SO fun), and we’ll allllllll drooling over baggy jeans. But nobody loves the word baggy so we’re going with ‘slouchy, relaxed denim’. I count my beloved Levi’s 501s as slouchy. And this pair (on sale, fully in stock) has a perfectly faded wash and feels like a pair I’ve been wearing for years. (Wearing ’em now, actually.)

Kitchen refresh? I don’t know why I found myself on the Our Place Dinner For Four page…but you can pick a pan color, dish color, bowl color and glass color(s) to see how they’ll all look together. It’s totally addicting.

Hate has no home here. One of Jess’ friends started Crowdsigns, and the social justice yard signs they’ve designed are great. Black Lives Matter, Stop Asian Hate, and This House is Proudly Vaxed are a few of my favorites.

Total badass. Tammy Duckworth just came out with her memoir, Every Day Is a Gift (also at Amazon) and I can’t wait to read it. Her mom is Thai-Chinese and her dad was an American soldier, and she grew up in Southeast Asia in the 1960s. As you likely already know, she served in the military, losing both legs in combat, only to become a senator — I’ll never forget the photos of Duckworth in Congress, holding a newborn in her arms — a first in the Senate. NPR did a recent interview with her, and it’s fascinating — especially the part about why Jan 6th felt like a particular betrayal.

Help Stop Asian Hate By Seeing Someone Safely Home. Over 1,800 people have volunteered in NYC’s Chinatown to escort people to their destination. Additionally, @cafemaddiecab has started a fund to provide Uber/Cab fares to elderly Asians, Asian women or Asian LBGTQ folx who are afraid to take the subway but cannot afford an Uber. If you’d like to donate, check out their IG page for instructions. 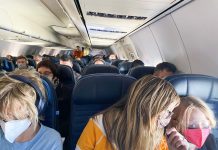 Tips For Flying During COVID (Even With Kids) 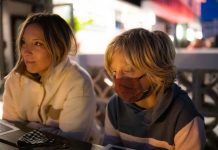 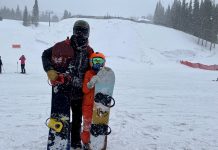