The Mom Edit
Home #momlife My Year of Breast Cancer 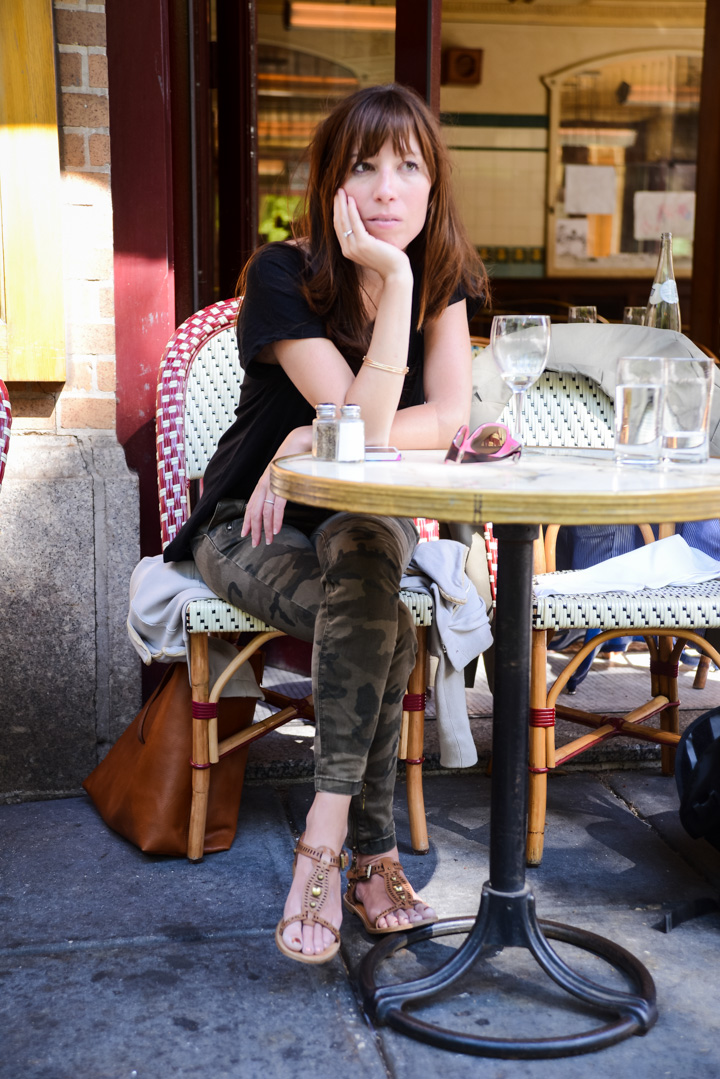 At this time last year, I had just been diagnosed with breast cancer.  Can you believe it’s been a year already?  A year.

I found this old picture the other day.  It was taken after our first visit with the oncologist – the one where we learned that the mastectomy wasn’t enough; I needed chemo. I’m not sure why we snapped it (probably for the blog – such an odd thing to do I suppose) but I love the look on my face.  It so clearly captures the WTF of my life.

As I plodded along this past year, recovering from one surgery, then another, from one chemo treatment to the next, until there was no recovering anymore, just a vague sort of blur, of simply existing…I often focused my energies on this point:  one year out.  “Imagine the difference a year will make” people said.  And I would.  I’d dream about it, actually.  Long for it.

I had expected? hoped? that one year later I would be healthy (check), but that I’d also have some answers.  Life answers, big stuff solved.  This is where wisdom comes from, right?  Traumatic, life-changing events?  I feel like I’ve earned a few nuggets of wisdom. I imagined, on my one year cancer anniversary, that I’d sit down and write something profound.

Instead, if I’m completely honest here, I’m left with this overwhelming feeling of bewilderment, major memory gaps from the last year, and an over-active imagination that turns every runny nose into chemo recovery – complete with imagined symptoms (that feel very real).  You should see the level of drama I’m now capable of over a cold.

Like seriously, who am I and WTF just happened?

My one-year cancer anniversary (Cancerversary?) corresponded with my 6 month post-chemo checkup.  And no worries – all is well.  I’ve become one of the most uninteresting patients at Penn Medicine.  Yay for boring!

But it was surreal, heading to that appointment.  Just like all of my other doctor appointments throughout the year, this one was during the day, Mike showed up, and we walked into that beautiful, awful building at Penn Medicine that we know all too well.  After the appointment, we stuck with our tradition of going out for a drink.   Or two. There are a few things I’ve learned while fighting breast cancer, I suppose.

2.  If you are going to get a breast lump checked out, think PANTS.  NOT DRESSES.  Otherwise you could find yourself clad in only high heels and a thong while clinging to metal bars high above your head as two icy metal plates squash your boobs flat in a room with the same variable temperatures as Antarctica.

3. It’s normal to think your doctors are making this shit up just to f*ck with you.

4. Flirtatiously asking the “Chief Breast Imaging Specialist” if his title is really “Chief Breast Inspector” because that’s all you can read in the folds of his lab coat while he positions the world’s longest biopsy needle above your breast is really not funny, apparently, to anyone else but you.

6. Losing eyebrows and eyelashes is worse than losing hair.

7.  If you are going to use this Brian Joseph Lash and Brow Gel to keep your eyebrows through chemo, be sure to follow the instructions exactly and use it for THE FULL 60 DAYS POST-CHEMO.  Otherwise, they’ll fall out within a few days.  Trust me on this.

8. It’s OK to start hating the color pink with a surprising passion.

9. If you are out and about wearing a head-scarf, you will be like an invisible person.  Even if you otherwise look healthy and happy and are wearing lipstick and a cute outfit, no one will look at you because you are a BUMMER.  So ditch the wig on days you need to do errands without interruptions.

10. It’s OK to not feel strong.  Strength has absolutely nothing to do with it.

11. It’s OK to be annoyed when everyone tells you how strong you are.  They obviously haven’t witnessed your tearful ‘why me’ Dynasty moments while you gazed at your bruised, bandaged, alien reflection.

13. Even if your pre-cancer life was all organic, paraben-free, hippy-happiness, it’s OK if you want to throttle those who suggest that vitamin C could take the place of chemo.  I’m PRETTY SURE that if Vitamin C ACTUALLY WORKED, doctors WOULD USE IT.

14.  It’s normal to start seeing “signs” of your impending death.  As a wise woman once told me, you can’t believe everything you think.

15.  It’s normal to want to see pictures of other’s massacred, post-mastectomy boobs.  And it’s OK to think of these things dramatically, using terms like “massacred”.

On that note…I have a slideshow from the last year.  It’s a tad self-indulgent, made primarily for myself as a way of…lessening my bewilderment, I guess.  Of providing closure, if I want to be cliche.  But here’s the thing:  there are a couple of pictures of my post-mastectomy boobs.  Not pretty.  Consider yourself warned.

Why did I include those pics?

Not only are they so. totally. part of this story….I remember, a year ago, being frustrated at the lack of imagery of the in-between state.  Plastic surgeon’s offices have entire books with pictures of completed breast reconstruction (and the nipple tattoos are amazing)…but no one had pictures immediately following a mastectomy.  I was frightened by what I would see, what I would have to live with for a few months until my reconstructive surgery.  Sometimes the knowing – even if it isn’t pretty – is better than the unknown.  (And I owe a huge debt of gratitude to the awesome Mama who emailed me pics of her post-mastectomy self one year ago.)  And all things considered….it’s actually not that bad.

Here’s a little peek into my year of breast cancer.

I have no words to properly express our gratitude for all of the love and support this family has received over the last year.  We are humbled, grateful, and so very blessed.  Thank you for being a part of our journey.  Thank you for helping me fight like a girl.