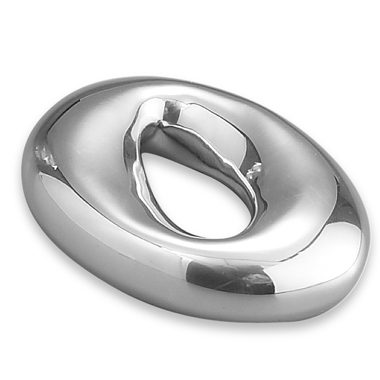 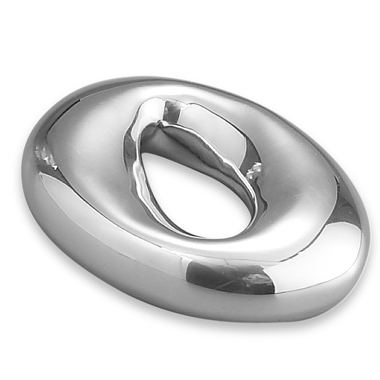 For some kids, teething is no biggie.  “I never noticed my babies getting teeth,” many a mama has told me, as I melted her with my laser-like glare.  For others, teething is a personality-altering event of head-spinning, Exorcist-esque proportions.  That would be my children.

That’s when you need to call in the big guns.  Tylenol.  Ibuprophin.  Hyland’s Teething tablets–if you do that kind of thing, that is–and you’d better believe I do. . .  But when you’re in between alternating doses and the apple of your eye still resembles The Scream,  you need a serious teether and I do declare I’ve discovered the holy grail.

I’ve tried just about every type of teether, from conventional grocery store brands to the adorable Vulli natural rubber and BPA/PVC/Phthalate-free versions, to knotted hemp and chilled spoons.  But I’m not a big fan of plastics, neither of my two boys took to the pricey Vulli versions, the hemp led to cotton mouth (they’re too little for that!) and seemed a little germ-ey, and I don’t know what it is about my boys, but they just can’t seem to gum a spoon without gagging themselves.

I’ve often been advised to try a sterling silver teether, but have you looked at the price tag on those?  $44 sounds like a lot for a teething ring until you’ve sat through a day of wailing with one of my children, but outside of Valentines Day, I object to heart decorations of any kind, ever, unless they’re really ironic, even for the under-2 set, so these are not an acceptable splurge.  Prior to Tiffany & Co’s contentious recalls (they’re apparently out of the teether business now, as I couldn’t find even one on their site), I certainly wouldn’t have minded a Man in the Moon sterling silver teether, but at $150, I, and apparently no one I know, was willing to drop the cash for that little keepsake.  And I love the clean-lined, modern design of the chiming silver rattle I found at Uncommon Goods, but $70 is still really pushing my price point for stuff my kids can chew on.

Enter teething ring perfection: the Nambe Baby Rattle for $25 at Bed Bath & Beyond in 18/8 stainless steel.  Like all things Nambe, it’s simple, fluid and satisfying to even the tiniest touch, and it’s also easy to clean and chill.  At $25, it feels less insane to let my sweet Lou gum it all the day through than say a $70+ version and it costs about 50 percent less than all the un-used teethers I've purchased throughout my mama tenure combined.

What’s that sound?  Silence?  My family breathes a collective sigh of relief.  Ahhhhhh. . . 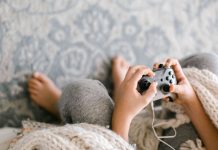 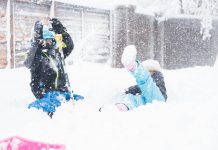 How to Be A Super-Fun Snow Day Mom 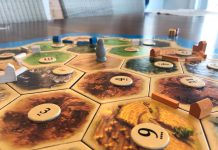