Hey Gang!  As I mentioned a few weeks back, Gwen and I took it upon ourselves to smell test alllll of the Native deodorant.  We had asked this community which natural deodorant was their favorite, and Native was the hands-down winner.  The only problem?  There are so many scents to choose from!  So we sat down in front of the camera for a little (unfiltered) smell test.

You’ll have to watch the video for our initial thoughts on each scent.  Since we filmed, we’ve been off testing the deodorant to try and determine if our initial favorites are still, in fact, our favorites.  It turns out there were a few surprises.

Citrus & Herbal Musk – This one is also a fresh scent…but smells a little more like a traditional guys’ deodorant when worn.  On it reminds me even more of ckOne.

Eucalyptus & Mint –  While this is a unisex scent, I found it surprisingly masculine when worn.  It’s also really light, so perfect for when Raines starts wearing deodorant.

Coconut & Vanilla – We had initially pegged this one as WAY too sweet…but the scent is much lighter when used.  It’s actually perfect for weekends at the shore.

Lavender & Rose – When worn, it barely has the faintest scent of lavender.  I was a little underwhelmed compared to the others.

Lychee & Goji Berry –  This is the one that smells like a Strawberry shortcake doll.  But on, it’s not nearly so sweet, nor overpowering.  It’s actually the one I’ve been using the most!

Gardenia & Orchid – Hey all, it’s Gwen! I’ll speak to this one since I actually brought it home after our little smell test. S was a little wary of this one (she worried it would smell ‘old lady’) but it smells perfectly ’24-year-old’ to me and she loved the scent too. Truthfully, this IS my first rodeo with natural good-for-you deodorant (I like the bad stuff..it’s all I’ve ever known!) BUT I’ve made a point of switching over…most of the time. My only qualm is that I have to reapply a few times throughout the day, but otherwise it stays smelling great and I’m not noticing any extra sweat.

Fig & Honey –  This one smells stronger on than in the container.  I just reads as sweet, and ever-so-slightly sour.  I didn’t love it. 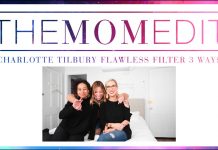 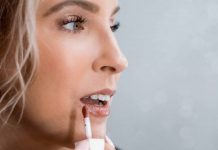 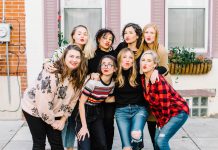 Does This Red Lipstick Really Look Good on EVERYONE? We Tried It…