What happens when you invite over 15 newish moms (one of whom is an OB), feed them copious amounts of wine and chocolate and tell them that the topic of the day is sex?

This is exactly what I did a few years ago, when my oldest was roughly a year old.  This wine, chocolate and sex night came about because one of the moms I hung with suddenly blurted out, “I hate sex.  Can we talk about this?”

So we opened the wine, unwrapped the chocolate, put the dads on bedtime duty and all got together to hash through the nitty gritty.  It took us roughly two minutes to reach consensus:  sex after baby sucks (and no, not literally).   Initially…we were OK with nonexistent/bad sex.  Initially, it makes sense:  your body is in recovery from the delivery, and you are so exhausted and sore that the sex moratorium imposed by your OB is often welcomed.  However, even once the sex ban was lifted, many of us moms found ourselves far, far away from “all systems go.”

Nursing, especially in the first few months post-delivery, can reduce your estrogen supply so significantly that this early nursing period was compared to menopause by our friendly OB.  The result?  Vaginal dryness resulting in very painful sex.  Lube can help, but it can only go so far.  The OB’s recommendation?  A prescription for Premarin Vaginal Cream, which basically uses local estrogen to help counteract the dryness.  You can pick up a tube from your OB in varying strengths.

Additionally, it turns out that the whole….vaginal area/pelvic floor…can actually change shape after pregnancy.  Specifically, it sags.  I was surprised to hear that this post-pregnancy shape-changing happens to both women who have had vaginal deliveries and women who have had c-sections.  Getting your pelvic floor in shape is important not only for your sex life, but for long-term health as well.  (A weak pelvic floor can eventually lead to back pain, incontinence and a poochy stomach.  AWESOME.)

But a larger issue quickly emerged, one that had nothing to do with dryness or pelvic floors.  The issue was this:  many of us would rather sleep (or pick up the house or run errands or empty the dishwasher) than have sex.

One girl, let’s call her Daisy, eloquently (and heartbreakingly) shared that since having a baby, she felt like a part of her – the part that used to love sex – had died.  And Daisy was worried that she’d never get that part back.

“I need to come to terms with this loss, and personally, I’m in mourning” she said.

And so are our husbands.  At the heart of this issue is that fact that most of us – still young, sexy, cocktail swilling, “hip” moms – never pictured that we would be this kind of women:  the kind who finds sex obligatory.

Many of us admitted that once we get into it, it’s fine.  It’s….nice.  I was waiting to hear someone mention that they recently had sex that rocked their world…but “nice” seemed to be the order of the day.  Anyone still talking dirty?  Not so much.  A few glasses of wine later, one girl bravely revealed that an orgasm, since kids, seemed completely out of reach.  Relieved, most others quickly agreed.  Some (ok, ME) wanted to blame some kind of post-baby hormonal imbalance, but our OB quickly dashed that hope.  By the time your kiddo is a year, nursing or not, your hormones have returned to normal.

The problem is mental, pure and simple.

So where does that leave us?  Has something shifted so permanently in our brains, we wondered, that, like Daisy, we need to mourn our loss of lust?  Are we destined to a life of obligatory sex?  Why can’t we be both mothers and bad, bad girls?  Or is it that this vision of “sexiness” is actually part of the problem?

But here’s the thing:  I missed something, all those years ago.  I missed the fact that two of the moms who attended – the two with the oldest kids, the two who had been moms years longer than the rest of us – they weren’t worried about their sex drive.  Their biggest obstacle to sex?  Finding the time.  One joked that her oldest had recently busted into her bedroom yelling, “WHAT’S ALL THE RUCKUS?”  These moms weren’t mourning their loss of lust, they were just trying to find time to install a lock on the bedroom door.

It takes time to physically become a mom.  It takes more time to emotionally feel like a mom (was anyone comfortable on that first ride home from the hospital?)  And it takes a really long time – years, even – to reconnect who we are as mothers with who we are as people.  But when that reconnection finally happens?  When we’ve broken through the compartmentalization of ourselves as mothers vs. ourselves as multifaceted and complex individuals?

We’ll feel a whole heck of a lot better – we’ll feel like ourselves.

And, I suspect, you may even feel like a bad, bad girl.

ps.  We did a round-up of the best vibrators, if interested.  A little cringe-worthy but HEY.  Life. 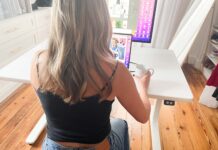 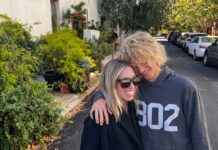 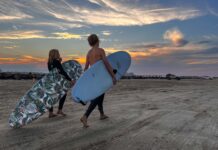