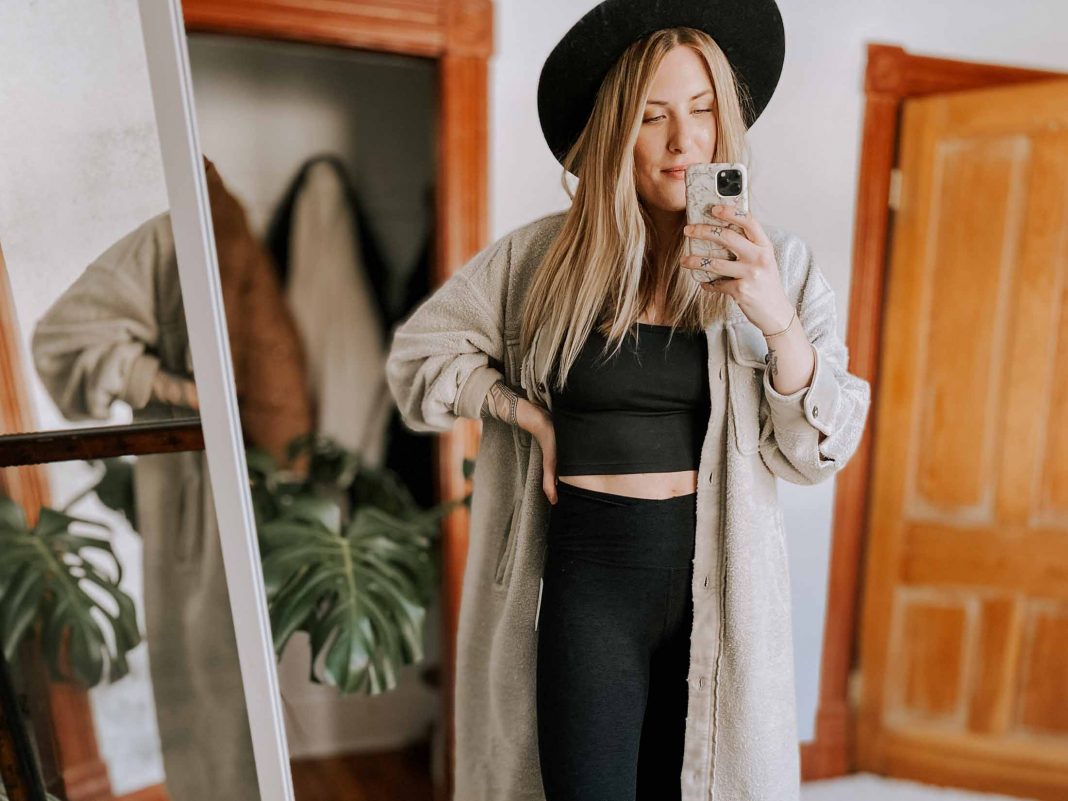 The wonderful world of TikTok has really proven itself for setting trends. Thanks to the social media platform, roller skating became cool again, everyone learned how to make bread during lockdown, and we’re all wondering how we survived this far without sea shanties on our playlists — among so many other things. Love it or hate it, TikTok has proven it’s a force to be reckoned with.

Do Crossover Leggings Of TikTok Fame Live Up To The Hype?

Which is how I got here — to “crossover leggings.” Thanks to a TikTok influencer posting about this pair from Aerie last November, the brand has sold out of the leggings three, almost four times (maybe more by the time you’re reading this, who knows). It appears a few other brands have had their own version of the crossover leggings sell out since they became a viral sensation. So what’s the catch? Why does everyone want them so bad?

Apparently, crossover leggings perfectly hug your body in such a way that makes your waist look trimmer and the rest of you curvier. So, The Unicorn Of Leggings? I had to find out for myself.

(*Update: I scored a pair of the Aerie (original) high-waisted crossover leggings….if you’re wondering about the pair that sparked the trend, check out that review here.)

The Aerie leggings were sold out at the time of my hunt, so I went with a pair from Beyond Yoga after finding out that the brand is a super-favorite of both Kat and Laura (and she just did a post on them!). The Beyond Yoga pair has since sold out on Revolve, (go figure) but never fear — I found a handful of crossover styles from other brands still in stock and rounded them up at the bottom of this post!

Here’s the thing, I naturally have no curves. My friend in middle school once described me as having “the body of a male swimmer” (she meant it lovingly…I think). It’s true; I have zero hips or butt — and very broad shoulders (but don’t get me wrong, I love and am very proud of my body). So I was curious when this style of leggings boasted the idea of trimming my waist and giving the appearance of curves.

Could that actually work on my boxy frame? Scroll to find out!

Uhhh, well…hmm…maybe if I pull my top down?

Maybe if I try styling them with an outfit.

Well, while I love this look I threw together, I suppose that defeated the purpose of the leggings since they’re mostly hidden. Oddly enough I DID feel more confident with my midsection peeking out for this outfit with the crossover leggings than I normally do. But it still didn’t seem like anything was happening. Maybe I’m not wearing them right. I did a quick internet browse and realized that perhaps I should emphasize the belly button and pull up on the sides of the leggings more.

Better, maybe? In the end, I wasn’t so convinced of their magic on my frame (I tried really hard not to pull any posing/camera tricks that would fool the eyes). Perhaps you must have curves to begin with for these to really shine. Perhaps the Aerie ones really are that amazing and do better at showcasing all the right parts. Even so, I found I disagreed with the reviews that said this crossover legging emphasized their midsection spilling out over the top of the band. I felt it held me in, and from the side angle was very pleased with the view.

Other than the aspect of the crossover leggings magic (or lack thereof), I did fall in love with the “space dye” leggings from Beyond Yoga (their super-soft legging style, and there are amazing colors available right now — sans crossover design — over on Revolve). The material was so insanely buttery and might just be the closest any brand has come to matching my love for the Align legging by Lululemon. DID I MENTION I’M WEARING BOY SHORT UNDERWEAR? You can’t tell at all! I wore these around the house all day (after deciding to keep them — yes that tag came off!) and for an evening ab/booty workout, and these performed amazingly. I wondered if the waistband would be quick to roll down from the crossover design, but they stayed put throughout it all.

I may have missed out on the magic of the crossover leggings affect with this pair from Beyond Yoga, but ironically still fell in love with them purely for how they felt on my body. I’m not giving up on this unicorn concept just yet, though, as I finally scored a pair of THE Aerie Crossover Leggings and am eager to see how they hold up against this pair and the hype of TikTok — the full review is here. 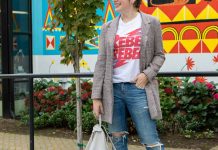 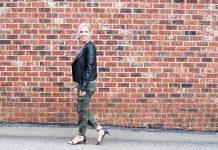 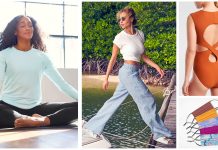