The Mom Edit
Home Style Shoes & Boots Are Stuart Weitzman’s 5050 Over-The-Knee Boots Worth The Cost? (A Comparison With... 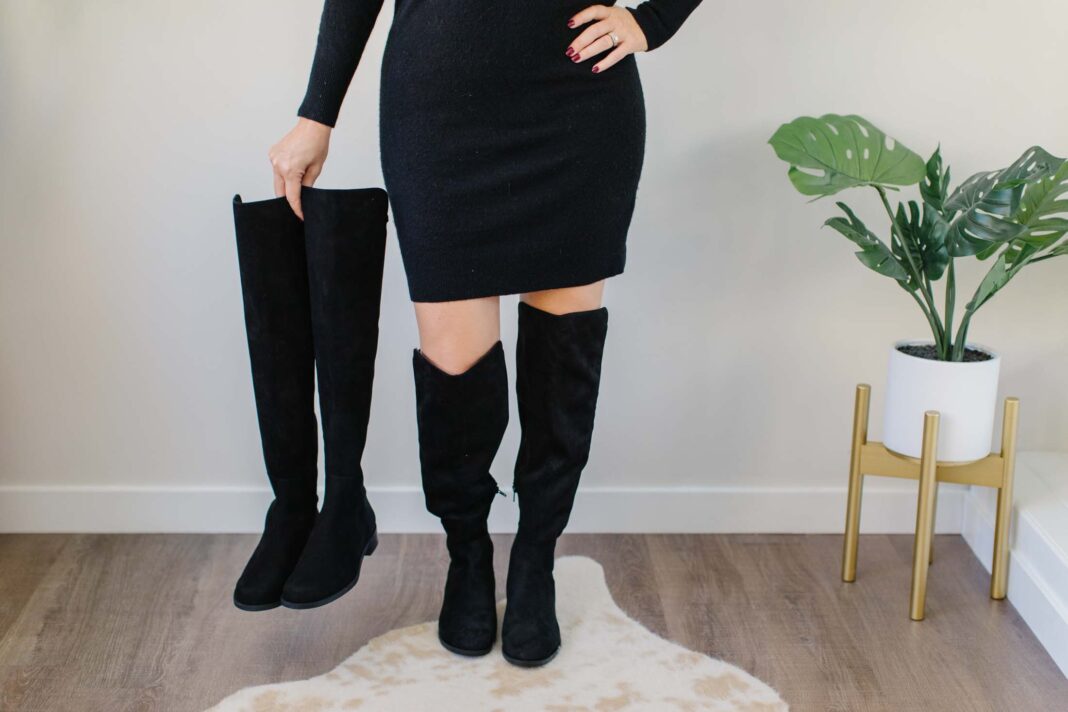 I can’t tell you how long I’ve been lusting after these Stuart Weitzman 5050 Over-the-Knee Boots. It’s been years, my friends… years. That price tag, though… I mean, I’ve bought what I consider to be “expensive” boots before, but they’ve always been on crazy sale (or on eBay).

But the reviews are soooo good.

Aaand that’s pretty much been the conversation I’ve been having in my head every. Single. Time. I look at them.

So I finally just decided to take the plunge and try them. But I also purchased a pair of Nine West Over-the-Knee Boots at the same time so I had something to compare them to at a much (much) lower price point.

So…the splurge or the steal? Are Stuart Weitzman’s 5050 boots worth the price?

I have to admit, the fit of the Stuart Weitzman boots is just…perfection. These feel so good…they just feel…expensive. From the suede to the stretchy back panel that adjusts to your leg, to the higher front side that doesn’t squeeze the back of your knee, to the comfort of the actual shoe part…gahhh. I LOVE these boots.

But for over $700, I would expect nothing less, right? I mean if they didn’t feel like gorgeous expensive boots, they would be an easy return. But…they are just so good, you guys. So let’s go ahead and compare them to the more budget-friendly Nine West boots…

Even though both boots are basically the same height and shape, the Weitzman boots on the left just look so much sleeker. The Nine West boots didn’t stay up without slouching a lot and the zippers stuck out.

The difference in fit is even more noticeable from the side. The Weitzman boots hug my legs and stay up with minimal creasing, while the Nine West pair just look slouchy and ill-fitting. The fabric on the back of the Weitzmans makes all the difference here; I hate how the fabric bunches up all around the Nine West boots and looks sloppy.

The biggest difference is in the fabric and ultimate comfort of the each boot. The faux suede on the Nine West boots isn’t as substantial or as soft as the Weitzmans and the footbed itself is stiff. I found the toe and heel area to be hard and my foot kind of slid around in them.

In the Weitzman 5050 boots, my foot stayed put without sliding and they felt ready-to-wear the second I put them on. So I guess I’ll say that they most definitely lived up to the hype I’ve created for them over the years — years! — of lusting after them.

And in case anyone is wondering how the heck you’re supposed to get the Weitzman boots on without a zipper, here’s the trick: just fold them down! This make it SO much easier to get your foot into them and to pull them up over jeans.

Unfold them to pull them all the way up and then fold them down again when you want to take them off.

So it’s probably no surprise that the Nine West boots went back immediately. The Stuart Weitzman pair didn’t. But… they haven’t been worn yet either. (That sticker shock is real.) What do you guys think? Is it crazy to spend that much on shoes or is the price of the perfect fit totally worth it?

There are a ton of retailers who carry the Weitzman boots I love, and they’re up to $200 off right now during Stuart Weitzman’s Sale Event!

If you love the quality of Weitzman boots but aren’t ready to shell out over $700 for a pair…we’ve got you. Here are some alternatives for less. 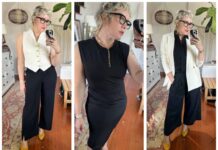 3 Athleta Pieces You Can Wear To Work 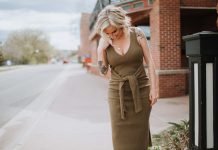 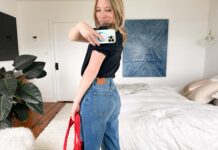 J.Crew: What To Buy (And Skip) Right Now