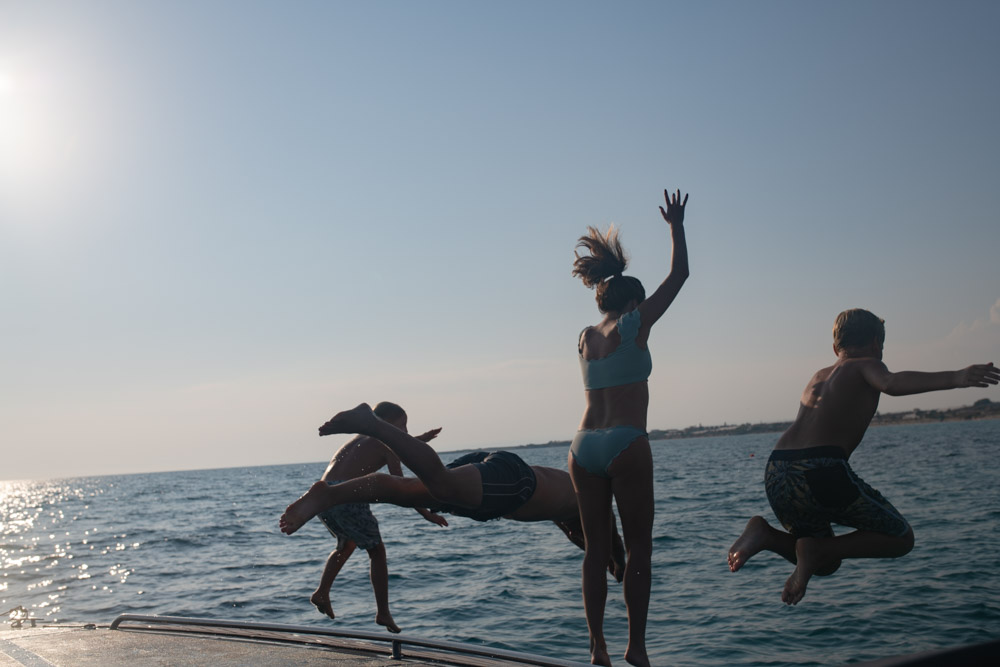 I had booked a total of two pre-planned experiences for our week in Sicily. That’s pretty much my usual speed: two per week. I’ve found that nothing stresses me out more than a fully packed schedule, especially on vacation. I need my headspace. I need time for…spontaneity. I need to wander.

I had booked a private boat trip through Wish Sicily, the same place we booked our flat. I didn’t really know what I was asking for, I just knew I wanted a day on the water. I think part of me was trying to — in some small way — recreate our Greek Island experience from last summer.

I was imagining a small little boat, taking us into a few of the caves that dot the coastline near Syracuse. That would’ve been fun, too.

Instead, we had chartered a pretty epic speedboat, one capable of long distances, intense speed and major wave action. Our boat came with Captain Andrea to drive the boat (thank god) and a hostess, Theresa, to interpret (although Andrea’s English was just fine — better than my Italian, haha). Our day at sea ended up being a wild experience, one the boys won’t soon forget.

We took off from the Ortigia (the older part of Syracuse), and headed south. Our first stop was a swimming area known for snorkeling. I grew up with speedboats so, undaunted by the waves, I sat on the back. The boys, completely unaware of speedboats, sat with me. The second we were out of the harbor, I realized my mistake:

Luckily, Andrea was the kindest captain (who had boys himself, similar ages and temperaments), and so we played musical chairs for a while, while he messed with boat speeds (sometimes slower isn’t always better) and eventually we made it to the snorkeling spot.

I could go into details about all of the various places we stopped, but suffice to say that this day ended up being one of our very best. We snorkeled, spent countless hours jumping off the boat, and stopped at a very Italian beach resort for a late lunch. It’s called the Baiamuri Beach Club, and ended up being one of the best meals we had in Italy.

Reaching a restaurant by swimming was a new one. We LOVED it.

After lunch we continued on to the most Southern point of Sicily, where the Ionian Sea meets the Mediterranean. And of course, in the glowing afternoon light, we all jumped in.

“Right over there…” our captain, Andrea, points to a vast expanse of blue, “is Africa.”

There’s something so mind-blowing about that. Especially for a girl from the Midwest.

I love pushing past our comfort zones (or maybe ‘gently nudging’ is a better phrase), and this was certainly one of those times, especially for Raines.

Raines, who was — as a little boy — completely and terrifyingly fearless…is going through some sort of tentative phase right now. He sees danger almost everywhere, and has taken on the role of protector. He tries to keep his brother from flinging himself off of cliffs to the rocks below (Pax wouldn’t, trust me) and has even started walking on the outside of the sidewalk — to protect me from cars.

“I am THE MOM,” I keep reminding Raines. “My job is to protect YOU.”

He just gives me his little grin and takes my hand and nudges me to the side. “Yeah, well…” he says. “I’d die before I’d let anything happen to you.”

But here we are. With Raines in a rather tentative (and dramatic) phase.

This day of boating was such a treat…but perhaps even more so for Raines. Getting used to the waves, jumping off the boat (Raines even tried a flip after much begging from Pax), and, eventually, driving the boat. Andrea, our captain, let Raines drive from the Med back to the Ionian Sea — a good long while. His pride was palpable.

My favorite part? When we turned to finally head back home after our last stop, right as the sun was beginning to set, and realized that our anchor was stuck under a rock. Our captain dove in, was under water for a few seconds, then emerged, shaking his head. Stuck. We were stuck. He climbed back into the boat.

Theresa, the hostess, was this gorgeous Italian girl who wore — in addition to the boat uniform of white tee, black shorts — makeup (lipstick, even) and gold jewelry. She conversed with the captain in Italian for a few moments. Then, without further ado, slipped out of her boat uniform, donned some goggles, and dove in — makeup, gold jewelry, thong bikini, ya know. Everything.

She emerged a minute or two later, dripping wet and still perfectly put together, nonchalantly announcing that the anchor was now unstuck.

“WHAT???” Pax was incredulous. She smiled at him, toweling off and ruffling his hair. “I was a swimmer for….oh…twelve years?” she countered. “Pfft. It was easy.”

“Hey….Mom?” Raines whispered, peering into the depths. “I think that girl…is a badass.”

It’s Italy. I told him. They all are.

And then Captain opened some Prosecco to celebrate the unstuck anchor, and we rocketed back through the waves — all of us now completely at ease — while the sun set over Sicily, and the lights of Ortigia welcomed us home. 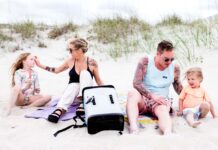 Family Beach Days: The Essentials We All Love 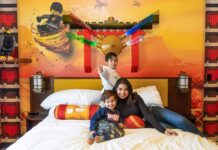 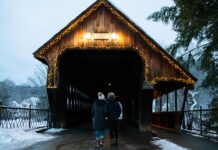