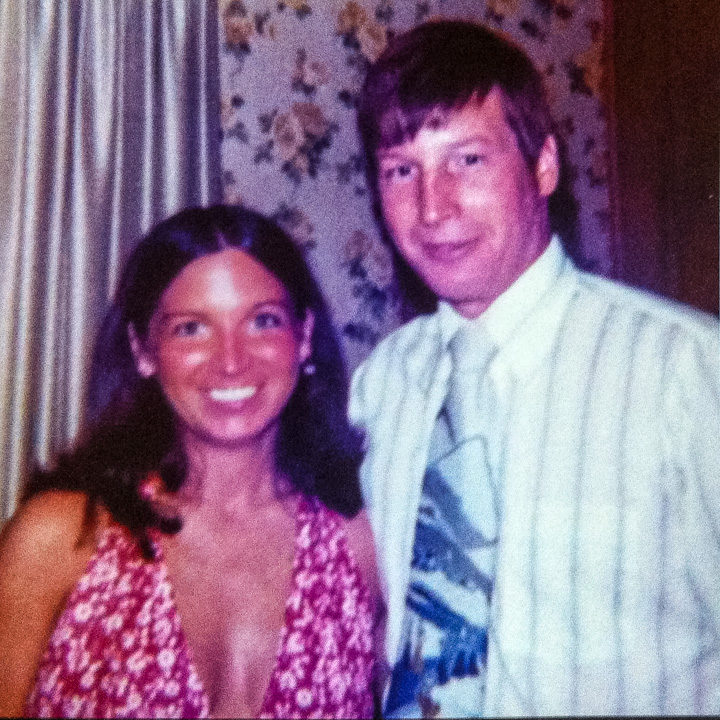 It’s so nerve-wracking getting dressed for Fashion Week events.  I always make a bigger deal out of it than is necessary, and in the end always wear something comfortable.  Especially when Mike comes along – we try to make a day-date out of the whole thing.   So this time, with temps in the 90’s and threats of rain…I wore my mom’s dress (and wedges that I later regretted).

Anyway, we had a blast.  We also spent way too much time in the subway (at this point, I’m convinced that the “C Train” is purely mythological and am pretty sure that the world’s energy crisis could be solved by studying the New York subway stations’ ability to retain heat)  but New York never disappoints. Mike indulges me with this whole fashion blogger thing, but we both genuinely  love RewardStyle parties.  I have very few pics because we were too busy gabbing.  And eating fashion food.  (Think: small) Of course I had to take Mike over to Lincoln Center to see Carnival I mean Fashion Week.  It’s a trip. My friend Brent recently pointed out that NYFW crowds are growing – more photographers, more bloggers, more style stars, more onlookers.  As a result, photogs are relying on their big-gun zoom lenses to get the shot.  Otherwise, too many people are in the way.  I think Brent’s right.  The vibe outside of the Lincoln Center felt a little more…forced than it did a couple of years ago.  Mike called it “peacocking”.   He’s dead on.

To be fair, it was also a million degrees outside with loads of humidity.  Which may have contributed to the “forced” feeling.  In my case, as you may know, this sort of weather is perfect for short, curly hair.  [fist pump] Snort.  Which reminds me….I need to pick up another baseball hat.  Or twelve.

Anyway, after all of this, we grabbed seriously good Thai at Room Service (Mary, you babe, thanks for the recommendation!!), walked around Chelsea in the cool night air, and smooched a little bit.  Feeling refreshed, relaxed, and happy, we went down to the subway. I mean seriously WTF New York.  I thought I was going to pass out.  It was like Death Valley with 300% humidity. So of course Mike took pictures of my boobs. Aren’t they pretty?  You’d never know I’m still missing a nipple.  Gotta get that thing tattooed on soon.  (Hi New Readers!  Don’t be scared – it’s just breast cancer humor…ha,ha…ha.  And you guys – at this exact time last year I was about to start chemo.  Sofreakingcrazy.)

But you know my favorite thing about Fashion Week?  My most favorite thing?  Is how – each time – I leave feeling totally inspired by all of those bat-sh*t-crazy outfits.  I KNOW.  But the thing is….those Peacocks (as Mike would call them) – they’re expressing themselves in a harmless (and fun) way, exuding confidence, taking a break from the norm.   And because the Peacocks exist, the rest of us, at least during Fashion Week, Get. Dressed.  In a major way.  So instead of grabbing any ol’ pretty dress, I worked a little harder….and ended up in my mom’s stunning vintage dress.  Something I don’t wear nearly often enough.  And I felt gorgeous, darling.  Glamorous, even.

One of these years I may go for it.  Find something unique and crazy-fabulous and dress totally up like the Peacocks. Maybe.  Or maybe I’ll just start wearing more dramatic pieces on the regular.  There is something to be said for a stunning maxi dress.

Thanks, Mom.  Love you to pieces. dress:  my Mom’s (see below for a few others I love)

accessories:  Kate Spade Henry duffle – sold out, but the Kate Spade Charles Street Kenton is similar, Marc Jacobs sunglasses, Target hat but am really crushing on this seriously chic hat by Kate Spade or this pom-pom baseball hat by Echo, Bauble Bar Arrow necklace, and my mom’s bracelet (that she bartered for in an Ethiopian bazaar while in the Peace Corp when Haile Selassie was overthrown and a military coup happened.  True story – my mom’s a badass.) In honor of Fashion Week, here are a few dramatic maxi dresses that you could work into your real life. 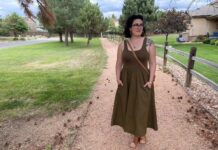 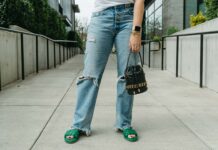 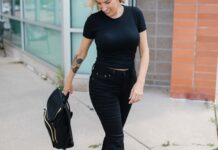