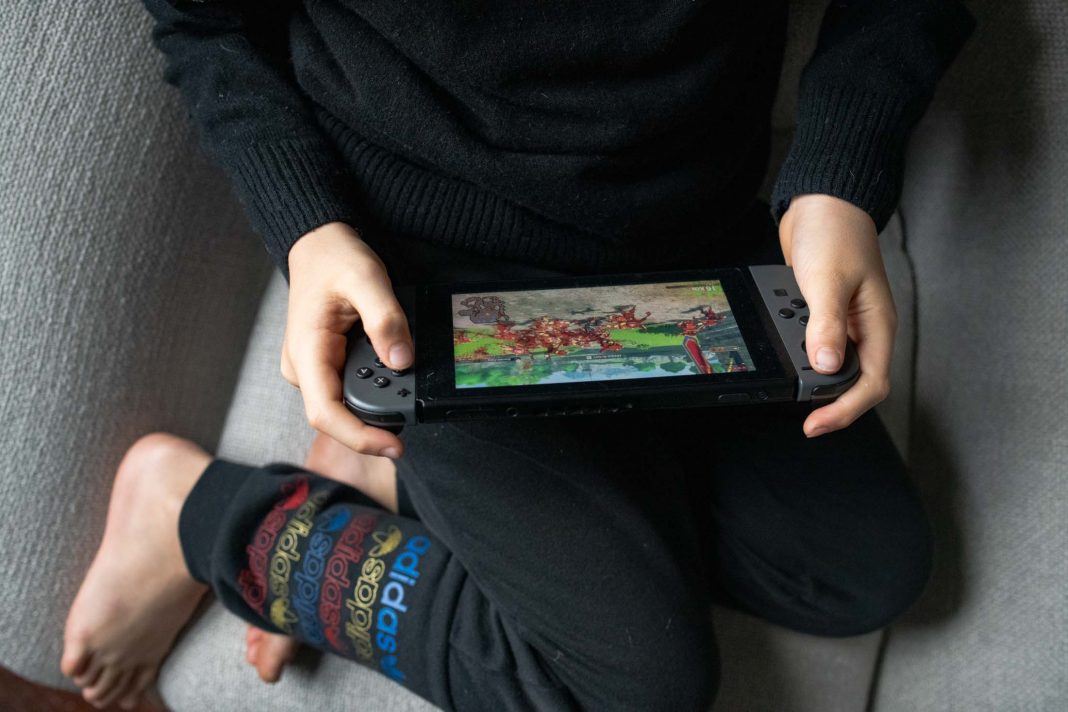 I originally wrote this post about the Nintendo Switch in 2018, but my recommendation for the Switch as the best gaming system for families is still firm. I will, and often do, advocate at length for the Switch over all other video game consoles. Especially if you’re looking for your kiddo’s FIRST gaming system, the Switch is hands-down my absolute top pick.

So much so that we bought an additional Switch for my younger son. My older son of course was furious that we made HIM wait until he was 10 years old to have a video game system and his younger brother got one at age 8. Sorry, bud…being the younger sibling does have some perks.

They’re now both counting the days until the release of the long-awaited and highly anticipated sequel to their favorite game, Legend of Zelda: Breath of the Wild. Now keep in mind that this sequel, Legend of Zelda: Tears of the Kingdom, is not scheduled to be released until May 12, 2023, but both of my kiddos have secured (for quite some time now, through birthday promises from their uncle) their preorders.

Some history: Sydney (our gamer guru at TME) wrote this piece on why she thinks the PlayStation is the best gaming system (with Shana’s husband, Mike, chiming in on his argument for the Xbox). I vehemently disagreed with their reasons and felt pretty feisty about it, so I declared all my arguments in the original post below.

From A Choosy Mom: Nintendo Switch Is The Best Video Game Console For Kids

In addition to trying to convince ALL TME readers to wear Danskos (mwah-hah-hah, Shana….I WILL get there someday), I started my campaign for the Nintendo Switch over all other gaming systems.

Since this post was originally published, there is now a Nintendo Switch Lite and a Nintendo Switch OLED. The Lite is smaller and less expensive, but you can still play the same games (just not connected to a TV). We MOSTLY play without connecting the Switch to a bigger screen (even with friends), so this is an exciting, budget-friendly option. As for the Nintendo Switch OLED? The changes look fine but not remarkable, and neither of my kids has expressed any interest in the newer model. We’re all still SUPER-happy with the original.

A Mother’s Reasons: Why I like The Nintendo Switch

It actually took me a bit to get to the point where I was OK with any gaming console. I held strong for quite some time and resisted the pressure — I have an obsession with the idea my kids will play with wooden blocks until they go to college. Once I caved, though, I really have been delighted with our decision (as have my two sons and husband).

This is my biggest reason for liking the Switch by FAR! The deal-breaker for sure. I was thrilled to see Nintendo’s great selection of family-friendly games. I love that the popular shooting games aren’t even available on the Switch. Keep in mind — I have another son who is five years younger than my older one and is exposed to pretty much EVERYTHING he does and talks about. Even if I didn’t have the younger one, though, I appreciate what Nintendo is trying to do with its family-friendly focus, including a lot of “all-age” games and parental controls. Sydney looked at video games that aren’t first-person shooter/mass warfare here, but I hold strong that Nintendo has the best selection.

I love that even if he’s not playing some of the more popular games that are out there on other systems (Call of Duty, Halo, Battlefront), he has a whole different selection of unique games (all of the Mario games, Zelda, Kirby, for starters) that he takes pride in, and are fun and novel to his Xbox and Playstation friends. And these games are GOOD…fun adventures, interesting problem-solving, and plenty of games that are great to play with friends. It’s definitely not JUST a kids’ gaming system, either (as demonstrated by finding my husband up at 3 a.m. trying to master The Legend of Zelda: Breath of the Wild.)

3.  The Nintendo Switch Is Portable

During “screen time,” my son can play it in the living room with the whole family; he can take it up to his room; he can take it on the plane, on road trips,and to grandparents’ houses. More use for the $. Also…No TV needed to play. You CAN hook it up to a big screen, or even a projector if you want, but my kids have just as much fun crowding around the small Switch screen. Added flexibility.

A Kid’s Reasons: Why My 10-Year-Old Son Likes The Nintendo Switch

My kiddo wrote this list of reasons why he likes the Nintendo Switch video game console when he was 10 (waaaay back in 2018…he’s in high school now — when did that happen??), but I’m sure the overall sentiment still stands.

1.  It Doesn’t Need Internet, & I Can Take It Everywhere

You can play the Switch even if there’s no internet. A lot of games on the iPad or other systems you need internet to play. I also can take it on long car trips, so I don’t get bored, and on really long plane rides.

If your mom doesn’t let you get gun games, the Switch has a lot of “non-gun” games that are REALLY good.

In The Legend of Zelda: Breath of the Wild, you don’t have to do specific things…you can just go wherever you want. There’s a lot of problem-solving, and there’s some fighting with swords and magic and bow and arrows, but it’s not all fighting.

It’s kind of like Wii U because in some games you can move your whole hand with the controller and it makes you go faster, or tilt them to move different ways.

Other Arguments For PlayStation & Xbox

As I mentioned, Sydney wrote this piece on why she thinks the PlayStation is the best gaming system (with Mike chiming in on his argument for the Xbox). I will concede that they make some good points (I think especially for teenagers), but here’s my rebuttal:

1. Memory Storage On Nintendo Switch Is Only 32 GB: We purchased a larger memory card. Easy fix.

2. If your kids’ friends have PlayStation or Xbox, your kid will want to play online with them, and they can’t do that if they don’t have the same generation and brand of console. Am I a terrible mother if I don’t care? As I said, I may feel differently about this as my children get older, but at this point, I don’t really care if my son is left out of online playing…the whole idea of playing video games with people not in my house makes me nervous anyway (says the old-school Nervous Nellie mother)

2022 UPDATE: OK, OK…I’ve changed my mind on this one, especially during the height of the pandemic and stay-at-home orders. But lucky for me…many of my son’s friends now have Switches — or they’re able to connect up on Minecraft — so he has still been able to play with them online without an Xbox or PlayStation.

3. There are games specific to Xbox and PlayStation that your kids may want to play. For sure, this is the case. My son would LOVE to play a lot of these games. Again…terrible mother, perhaps, but I’m OK with him playing these games occasionally at friends’ houses but it not being the go-to in our household. I think it’s OK for kids to not get EVERYTHING they want.

4. Mike weighed in stating his case: “Please. Xbox or nothin’. If I can’t dominate my boys with my mad Halo skillz (I spent years honing my craft), then what’s the point? (Raines did just beat me the other day, but it was a fluke). But seriously, there’s something to be said for nostalgia, and playing with the same console you grew up with is an awesome way to bond.”

Fair enough, Mike. If you grew up playing Xbox or PlayStation, I can see this being a good argument, but if everything else is swaying you toward the Switch, don’t let this make or break the deal. You can always mercilessly defeat your kids in other activities. Ha!

Here are some of our recommendations:

A Nintendo Switch would make a great holiday gift, but need more ideas? Head over to our holiday gift guide hub for more seriously cool gift ideas for all your loved ones (or whoever).

Anyone else a Switch fan for their family? Give me some support, guys. 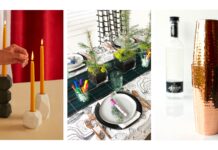 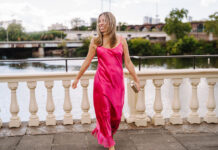 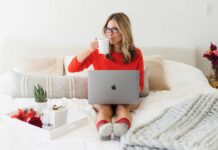