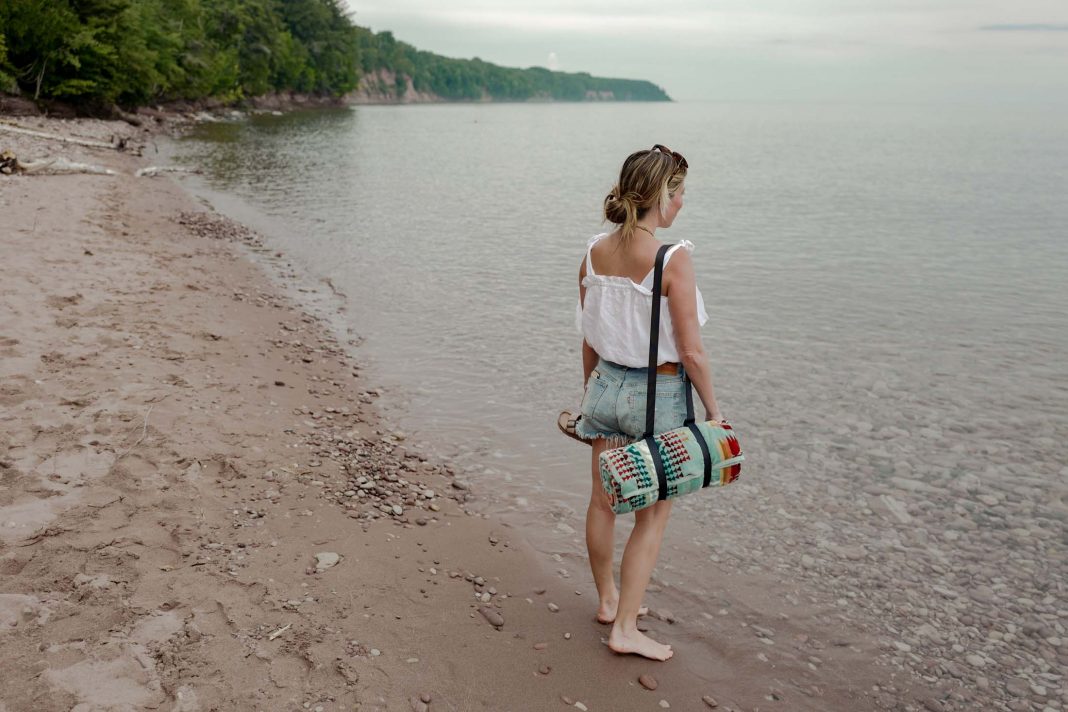 While we were in Michigan, I took the kids biking. I packed a lunch, told them to wear their swimsuits and off we went. Initially, they were full of complaints. It was a hot, muggy, oppressive day, with gray skies and that thick, heavy air you can feel on your skin. Thunderstorms were heading our way — eventually —  but we still had several hours to kill before the relief of rain.

We biked down the road for a bit, and then I pulled my bike over, hopped off, and reached into the thicket on the road’s edge. The boys stopped, staring. 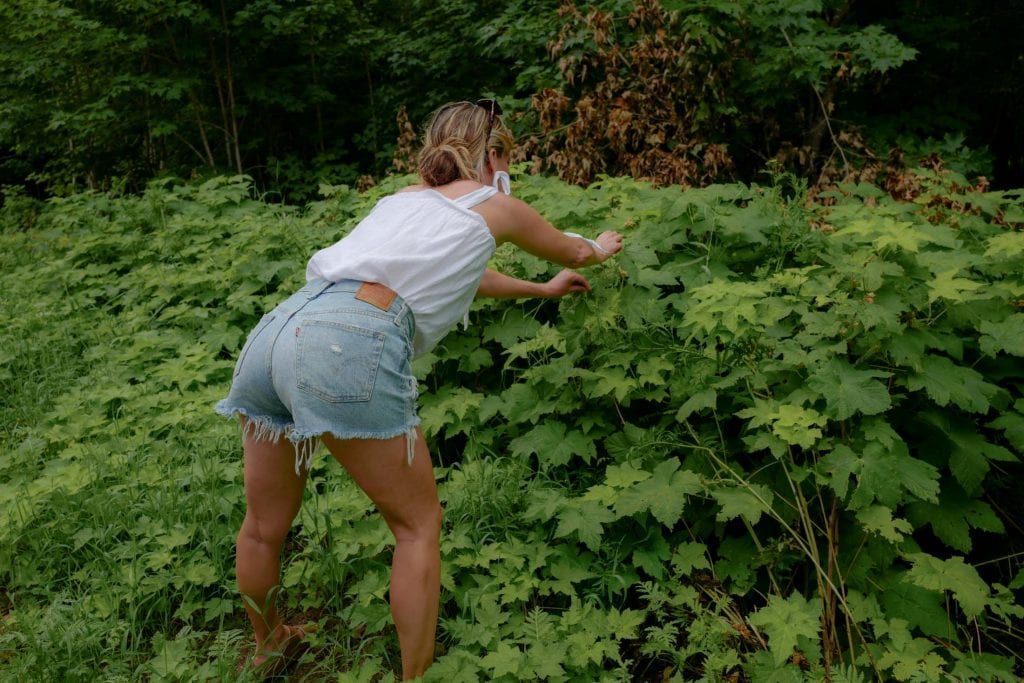 I searched around for the little red berries, then showed one to the boys. “Raspberries?” Raines guessed.

“Nope,” I responded, and popped one into my mouth. They gasped.

“MOM!” Pax said sternly. “They could be POISONOUS!”

I continued to root around — it was a little early in the season for a good crop, but there were a few ripe ones here and there — until I found a few more, perfectly formed. I carried them over to the boys, who were looking both suspicious and unhappy. God, they are such city boys. I held out my hand, berries in my palm. “THESE” I said, “are thimbleberries.  They only grow in a few, wild, secret places….and this is one of them.”

They each cautiously took one, sniffed it, and — with a nervous glance at each other — ate it.

I showed the boys what to look for — Thimbleberries are, quite frankly, hard to pick since the plant itself is somewhat fuzzy, but in a scrape-you-up kind of way — and we hunted around for more berries (or at least enough for Mike to try), the boys gingerly stepping into the underbrush.

After finding a few more, we hopped back on our bikes. 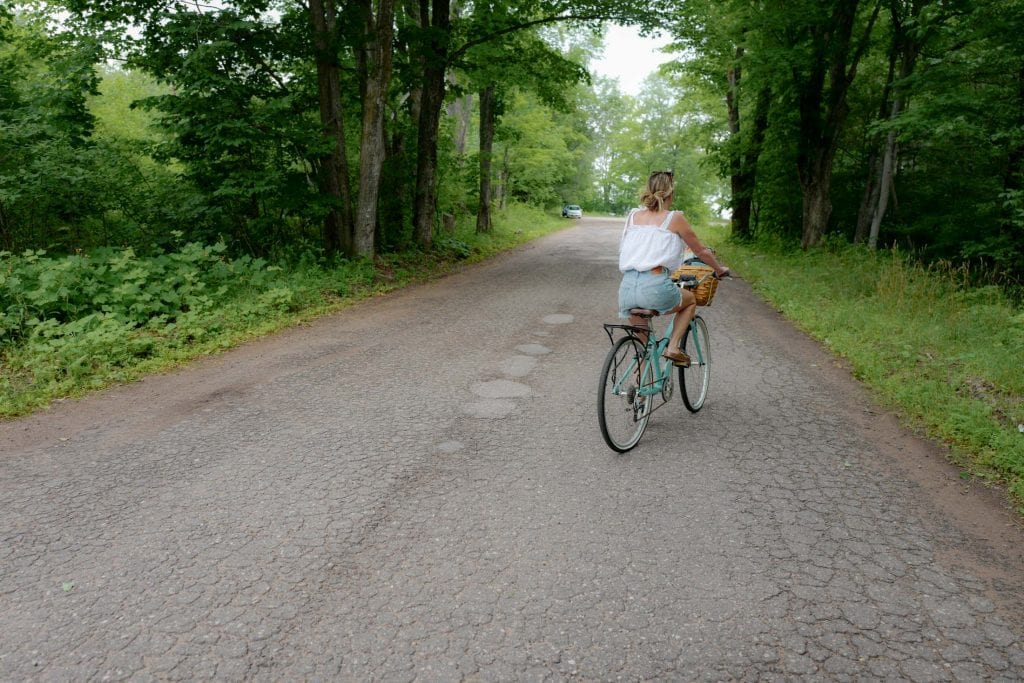 Our destination?  A little beach I’ve been going to since I was old enough to roam around on my own. In middle school I’d come here to swim and throw rocks in the water, in high school we’d sneak down at night for beers around a campfire. 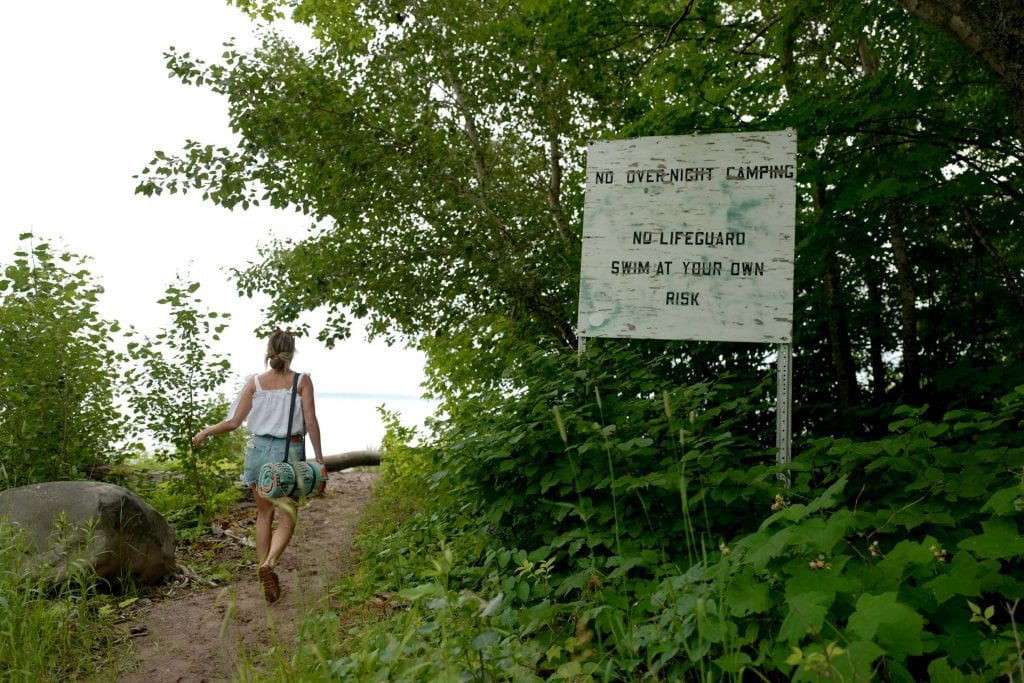 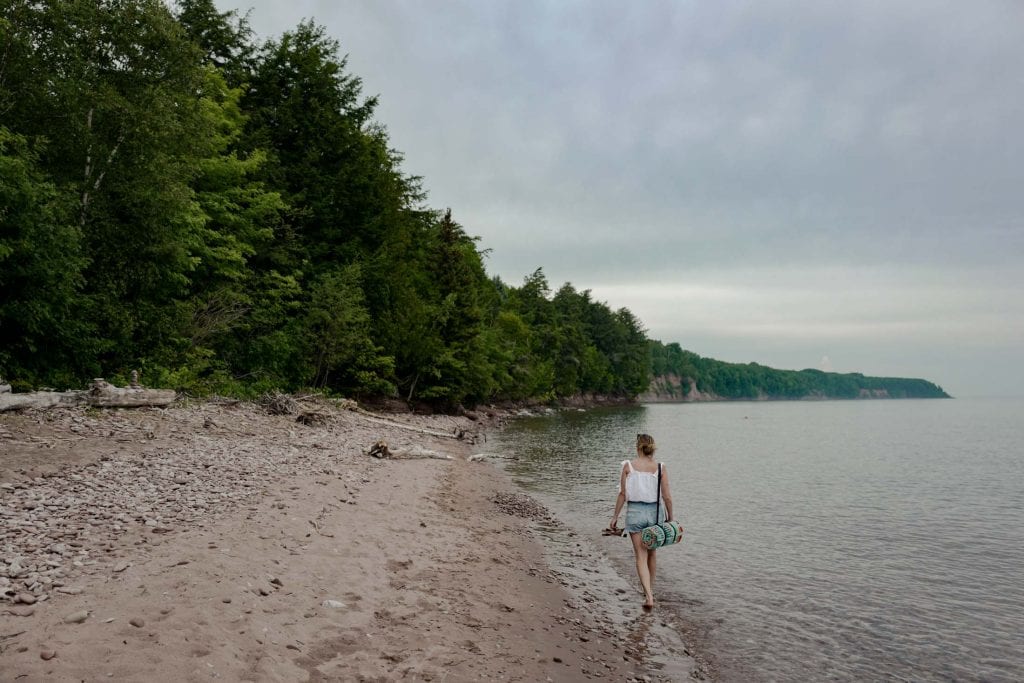 The beach has gotten smaller over the years — I remember more lakefront at one point — but the water is still crystal clear, icy cold, and the beach itself still wild. 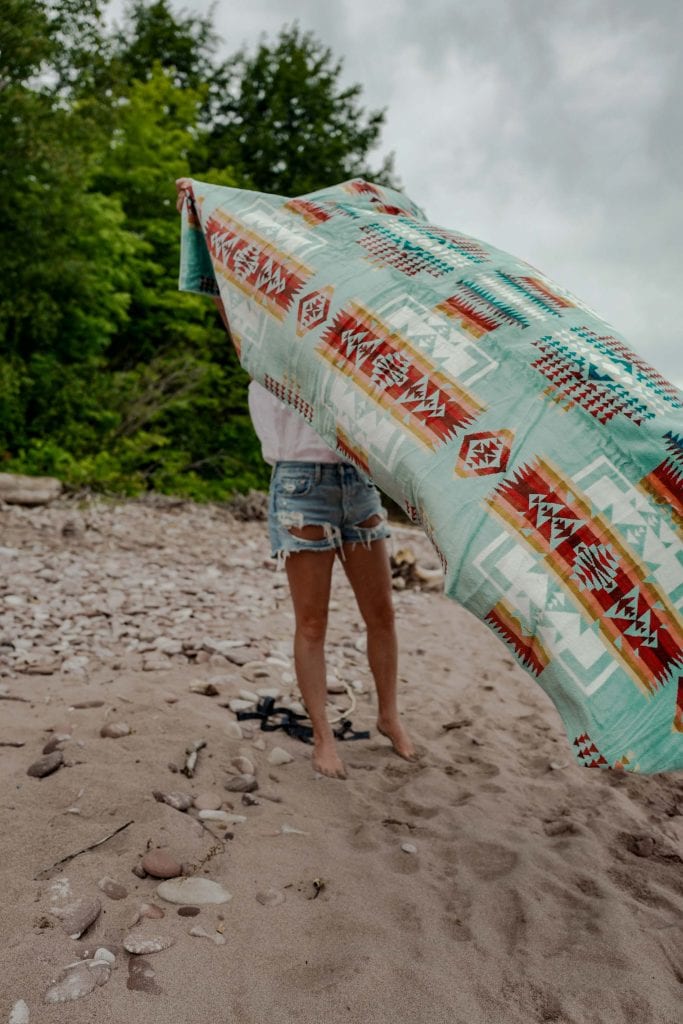 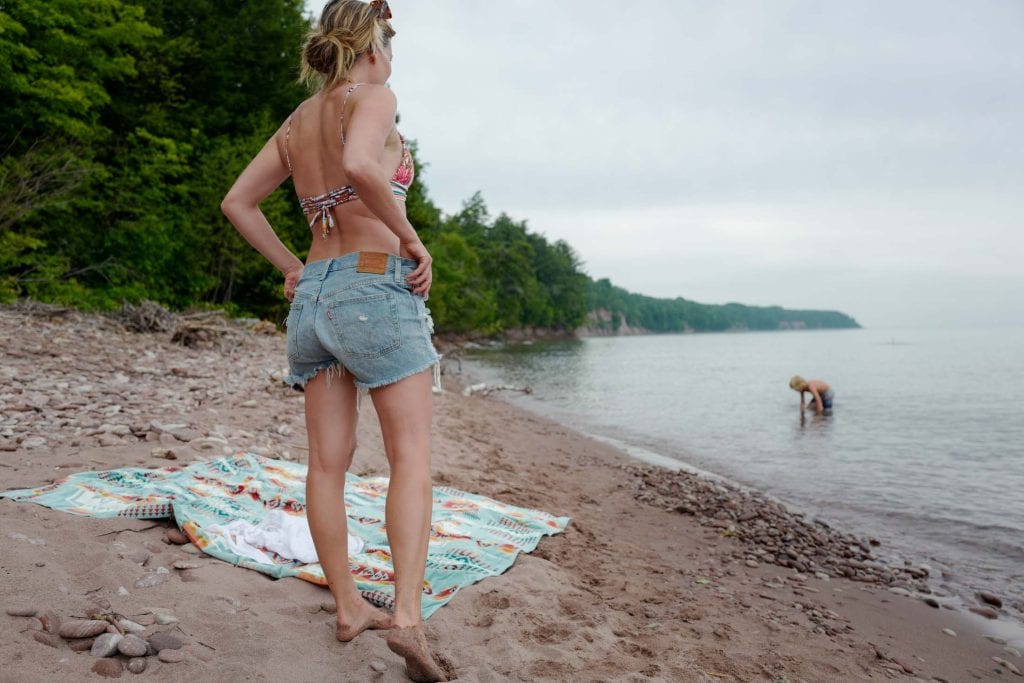 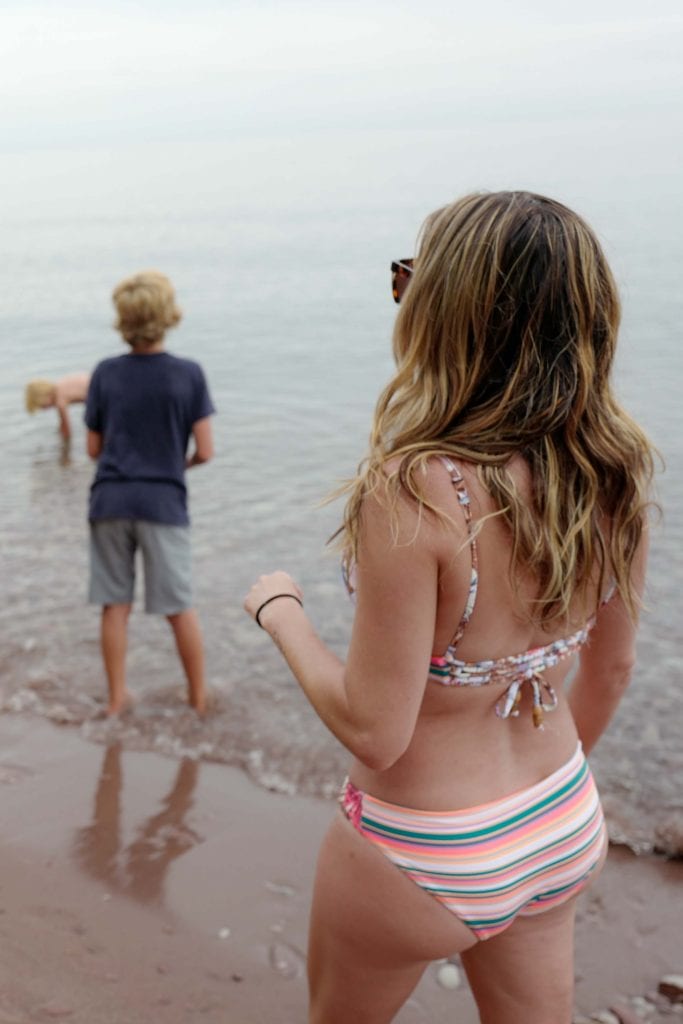 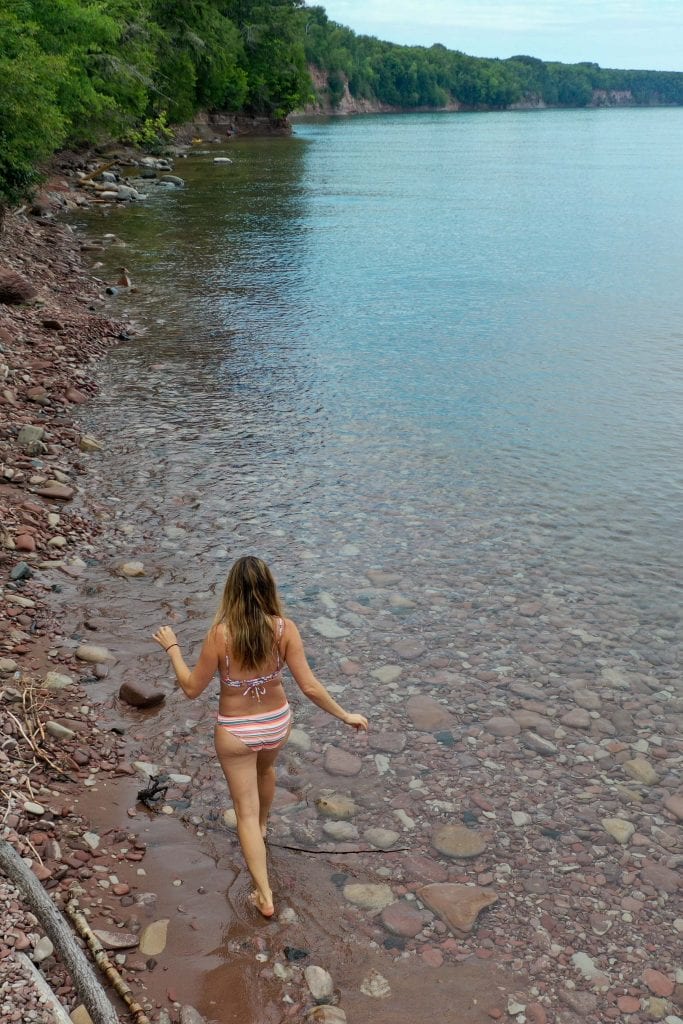 Part of the charm is the total isolation. Marquette, my hometown, is a seven hour drive from Detroit, a little less from Chicago, maybe. The nearest ‘big city’ is Green Bay, WI (go Packers!), and that’s a good three-hour drive away.

Our winters last roughly 6 months out of the year — and we’re talking real winters: my childhood memories are full of epic snowstorms and temps below 0F. But once July hits?  Glorious.

And, despite the threat of storms, the sun peeked out. 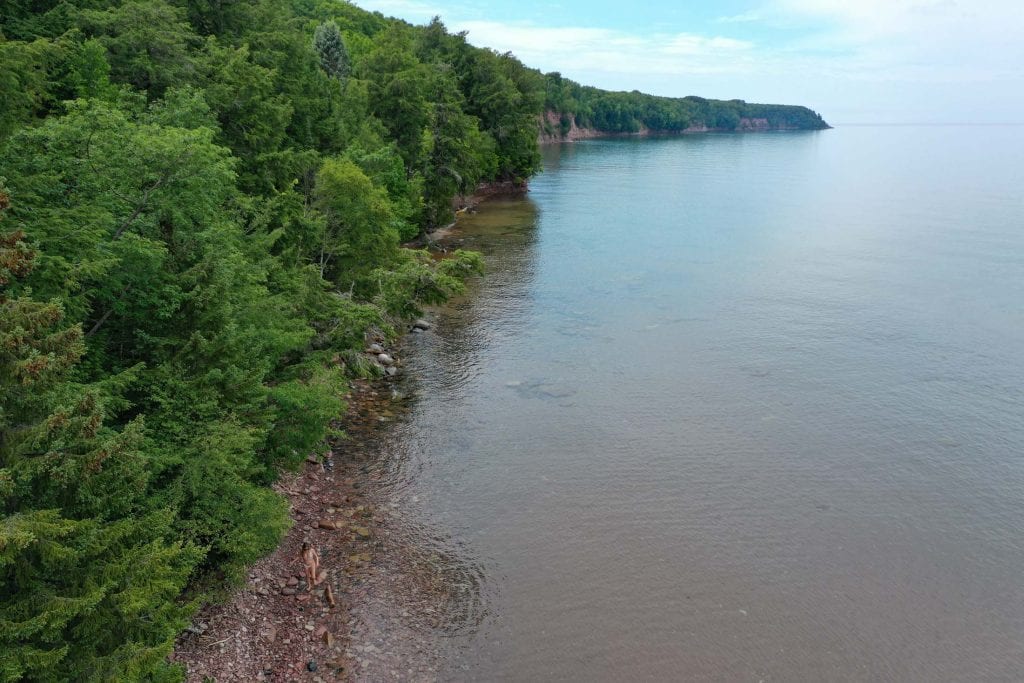 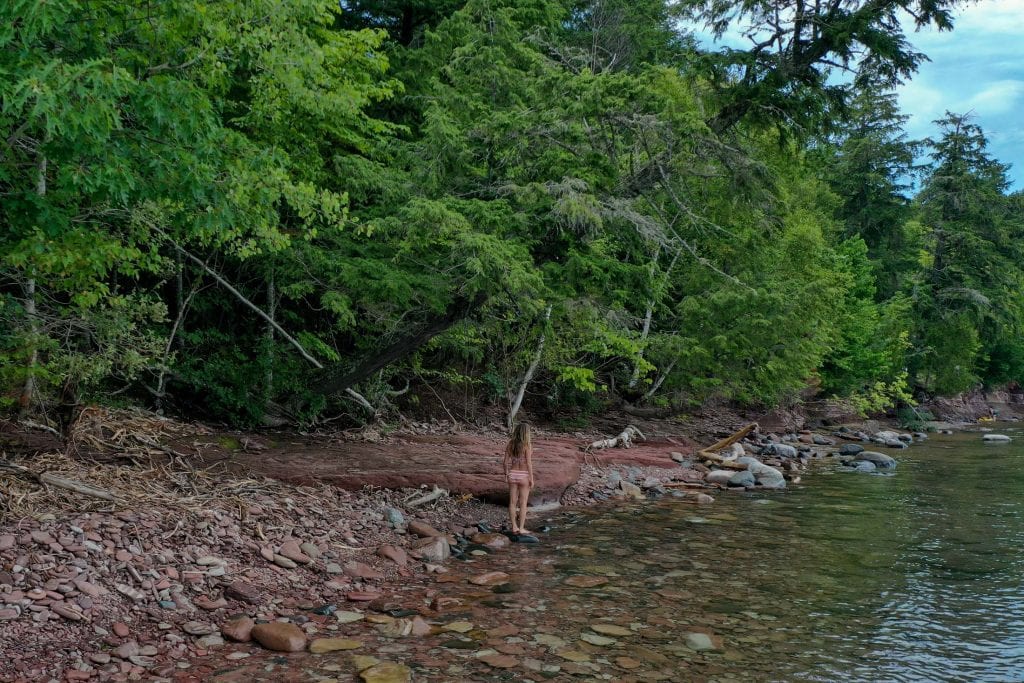 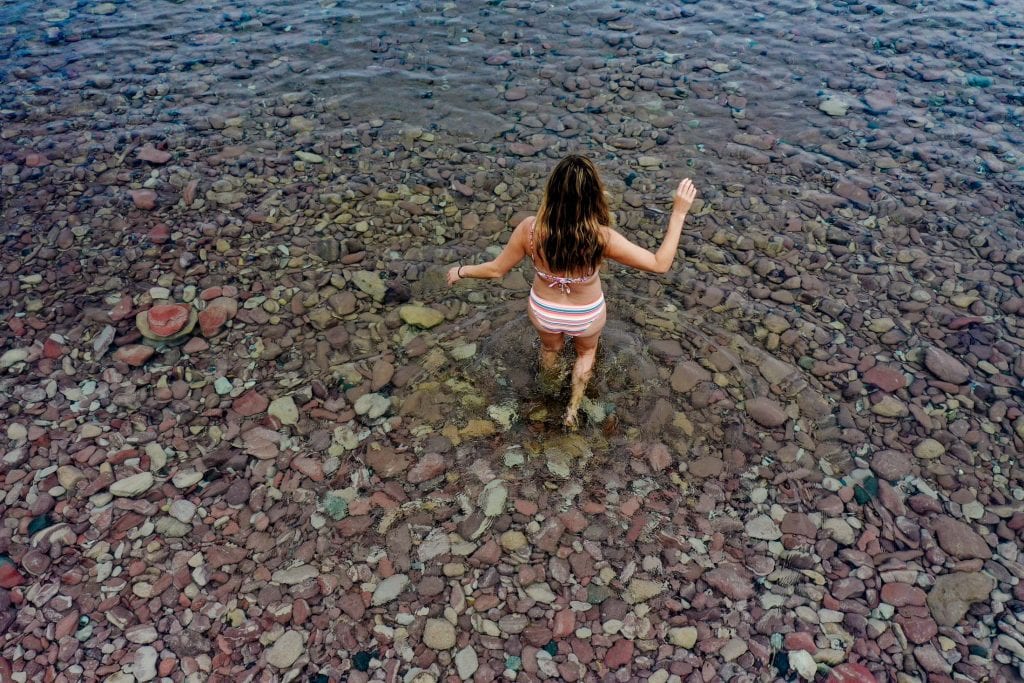 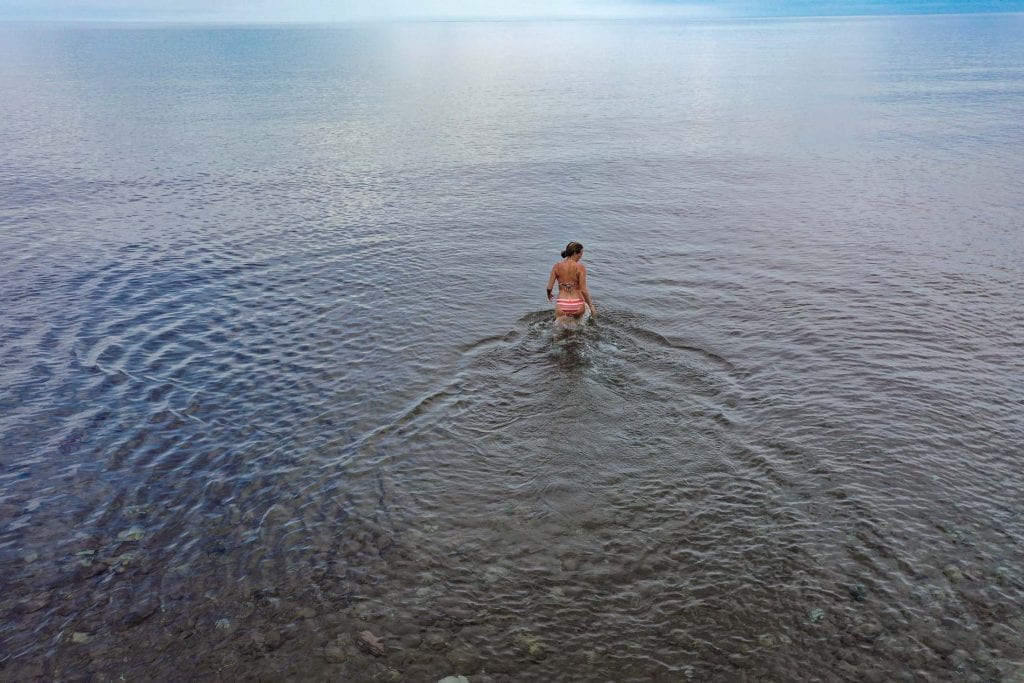 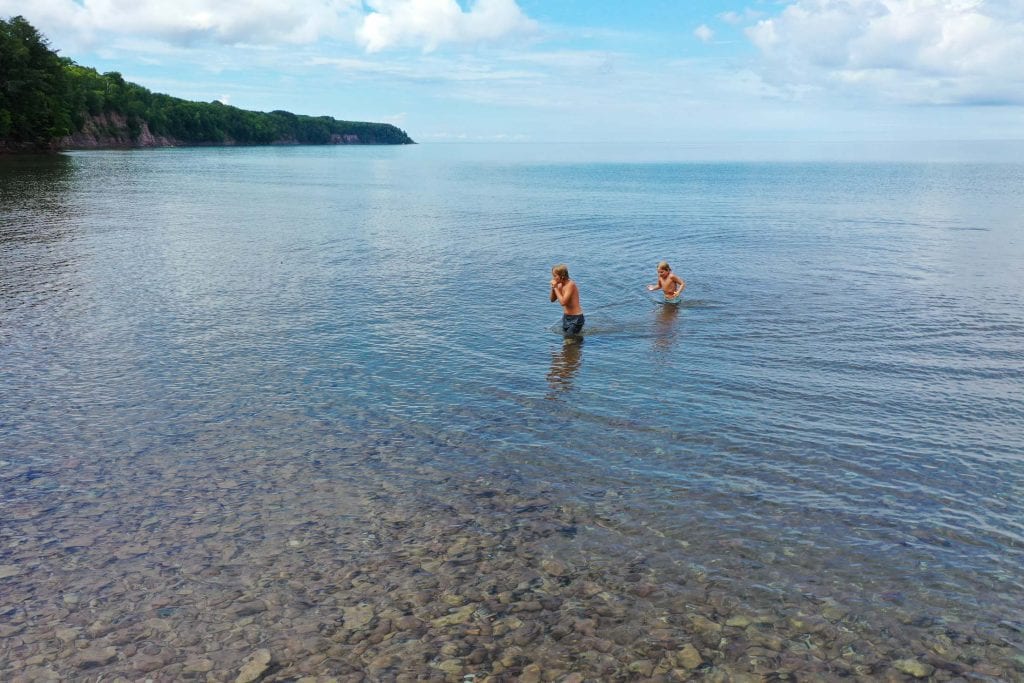 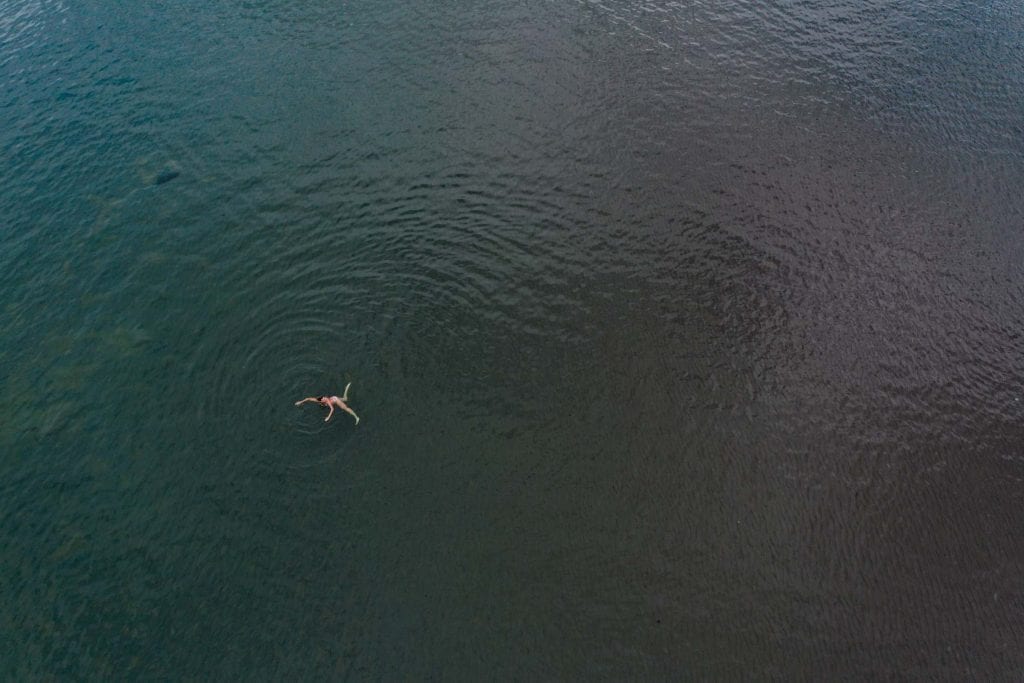 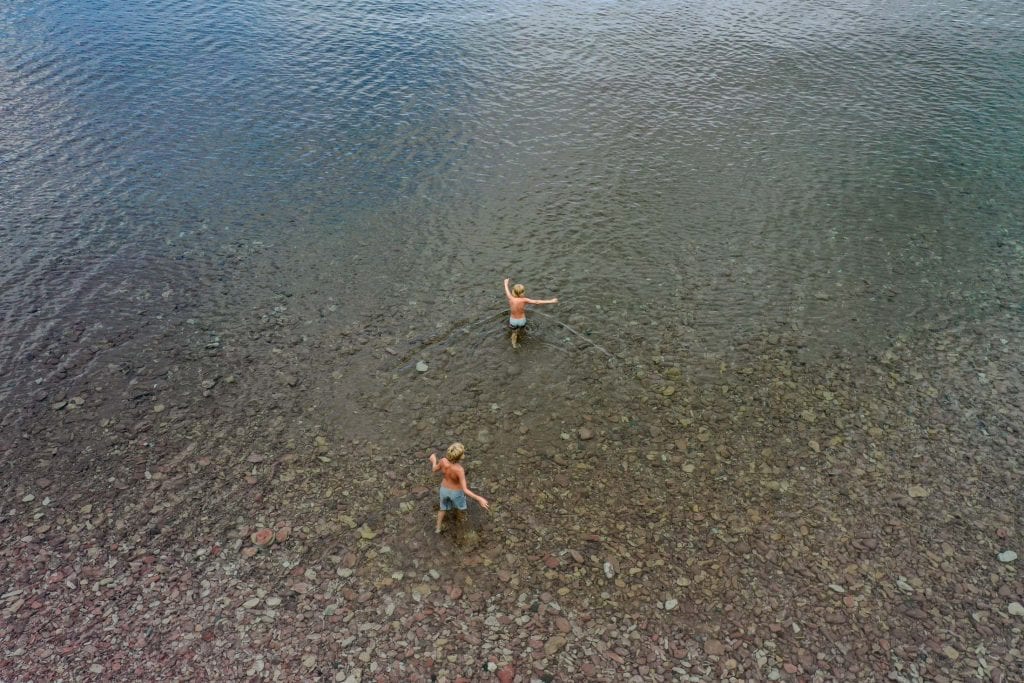 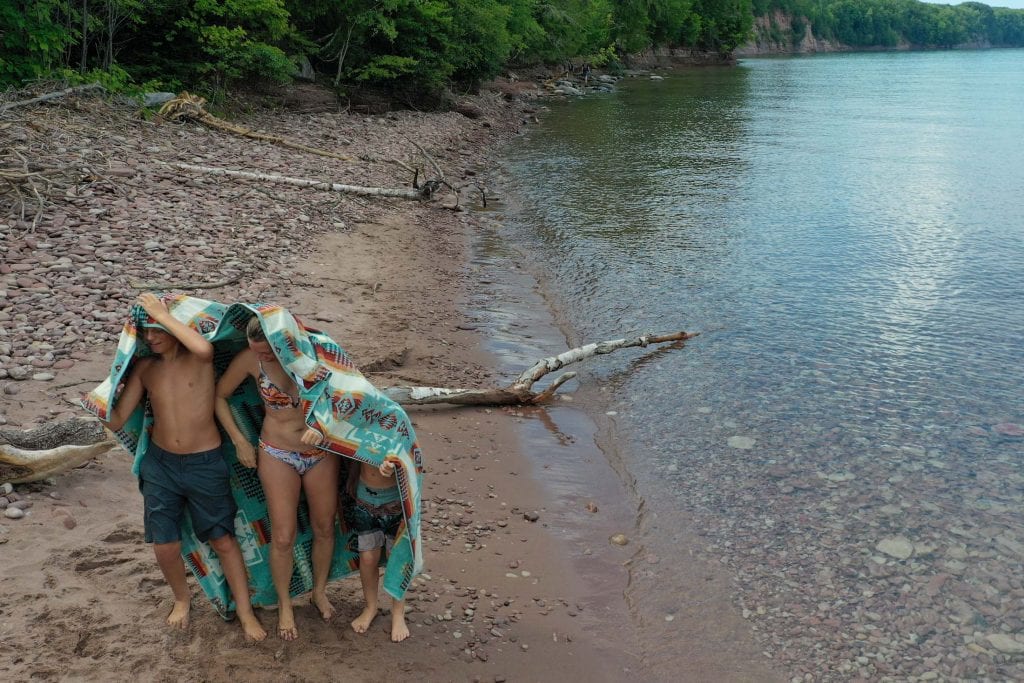 It did storm that night — lightning and thunder so loud that it shook the house awake. We stood together on our porch as the wind howled and the rain came sideways, illuminated by the flashes.

These pictures were shot in Big Bay, Michigan, population 310. The secret beach? It’s easy — just follow the thimbleberry bushes. (And if you can kayak along the shoreline, do. There are tiny little caves to explore.) 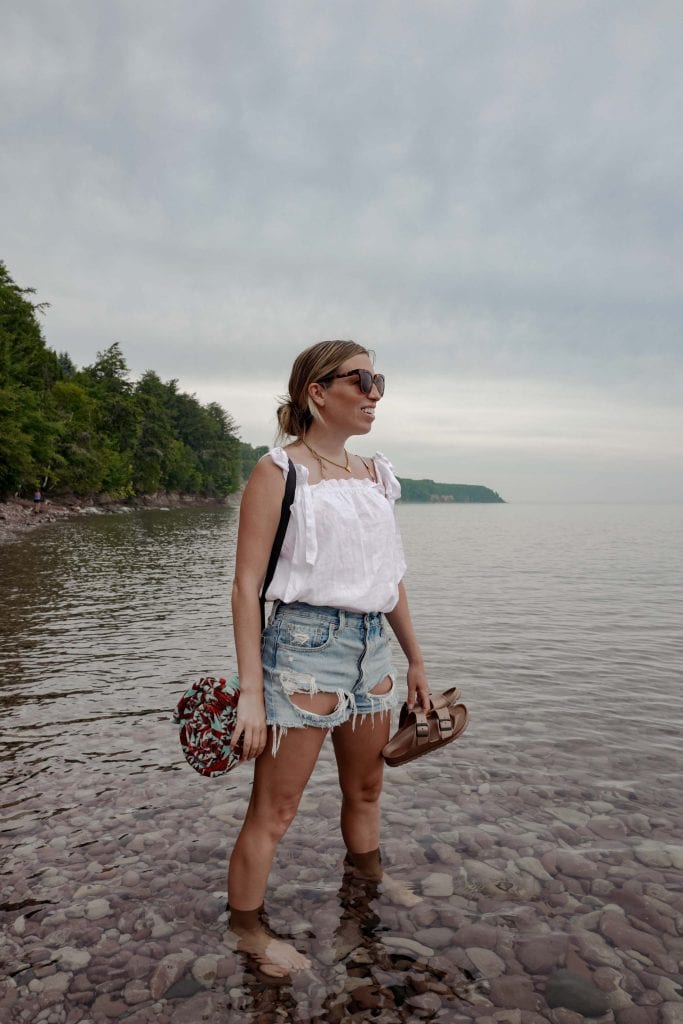 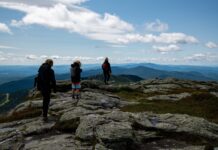 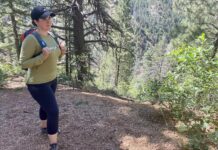 Training For My First 14er: What’s In My Hiking Backpack 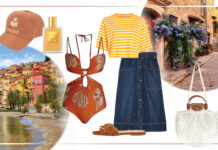