The Mom Edit
Home #momlife On Life Unpacking With Lex: Fashion On The Margins 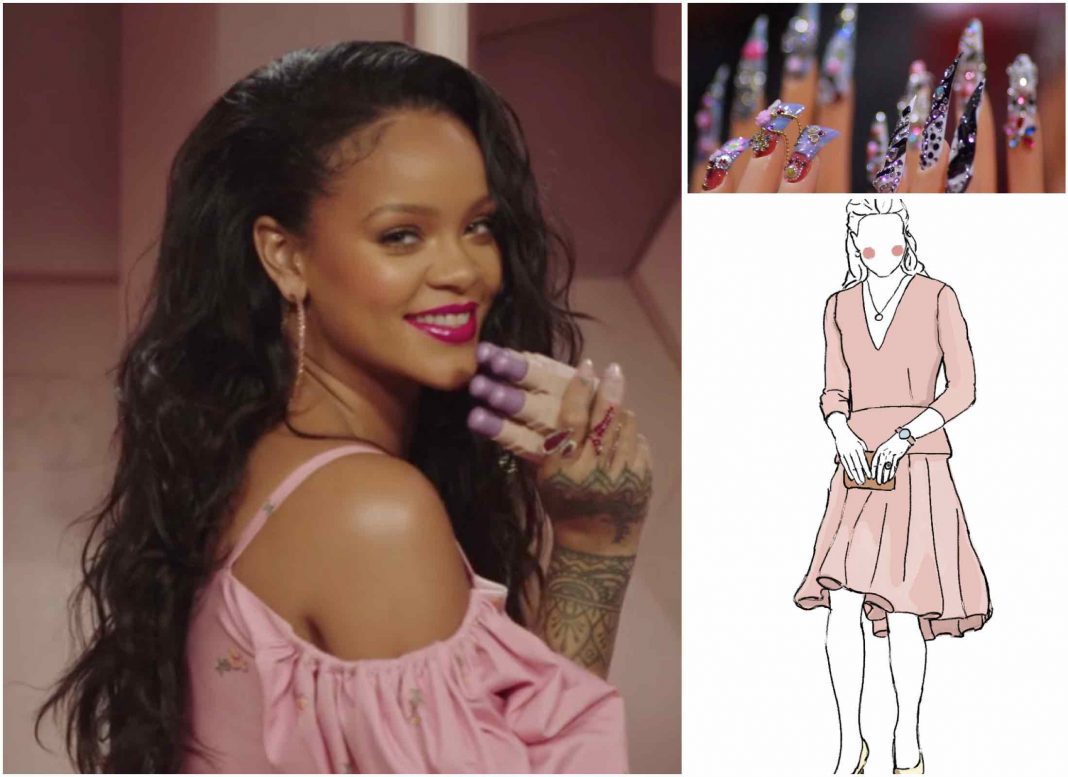 This week we’re reflecting on the socioeconomics of “dressing well”, the policing and polishing of women’s bodies, and some other fun, thoughtful nods to fashion at its intersections (hello, Rihanna!).

Unpacking With Lex is a monthly column examining current issues affecting mamas and kiddos — often outside of our respective bubbles. We welcome you. Pour a cuppa, grab your coffee or sip on a cocktail while our resident nerd provides the TME lowdown on topics worth noting. Let’s get cozy.

There’s a lot that goes unnoticed outside of mainstream fashion. On the margins, shall we say. Some are merely unsurprising murmurs and reflections of society — the recent blackface scandals of Gucci, Prada and Katy Perry, for instance — but there are few trends and movements bubbling up as we speak. Some we covered yesterday, so if you’re shopping for something to wear to a fun event (or just see some fun fashion), hop over to my last post featuring modest fashion for a lux treat.

Here’s a big one: Rihanna. Y’all know I am NOT the go-to source for all things pop culture (though I did love a good Umbrella dancing sesh, once upon a time), but if you don’t already know — the current buzz around Rihanna is HUGE. In fact, it’s likely life-altering for the generation of young people who will grow up in an era where a woman of color lords over a luxury fashion house — and Robyn Rihanna Fenty is the first such woman, currently launching a fashion line with venerable LVMH (Moët Hennessey – Louis Vuitton), the world’s largest luxury group. Put in context, the last brand to join LVMH was Christian Lacroix in 1987. So the Barbadian’s Paris-based line of ready-to-wear clothing, shoes and accessories, Fenty — which debuted a pop-up shop on Friday, and goes online Wednesday — will join upmarket brands like Dior, Givenchy and Fendi. Listen to the interview between Lulu Gargia-Navarro and Tanisha Ford, author of upcoming book Dressed in Dreams: A Black Girl’s Love Letter to the Power of Fashion. In a short 4 or 5 minutes, the two capture this milestone for the “hip-hop generation” and African Americans (buying power of up to $1.2 trillion). The New York Times Style Magazine also just published a conversation with Rihanna, you can read here.

Nailed It: You’ve likely heard about actress Tippi Hedren and her chance encounter with Southeast Asian refugees resulting in the $8 billion nail salon industry dominated by Vietnamese Americans. The documentary Nailed It is “the story of a whole community fighting for a new life. It’s a quintessentially American story of rebuilding and making something new.” It premiered on PBS last week, and can be streamed through July 6 on The World Channel. Filmmaker Adele Free Pham highlights everything from how the endeavor “gave Vietnamese American people this brand-new group and economic foothold” to the aspects “created in conjunction with African American women.” Listen to the Weekend Edition interview here, watch the trailer or stream the episodes (what I’m probably doing as soon as this goes to publish).

The Most Splendid Table: In light of Mental Health Awareness Month, The Splendid Table brought us a trilogy of topics often undiscussed: alcoholism in the restaurant industry, women of color and eating disorders, and the implications of fatphobia. Listen to it. In the second segment Stephanie Covington Armstrong, author of Not All Black Girls Know How to Eat, addresses eating disorders and the dissonance it has as a black woman — super-important because people of color aren’t often identified or even acknowledged as being at-risk for the genetic illness. Then, body image activist Virgie Tovar, author of You Have the Right to Remain Fat, talks about the mental health implications of fatphobia, fat discrimination, and the diet culture. She addresses everything from navigating inaccessible restaurants and the dearth of plus-size fashion options to the hyper-vigilance and minority stress that marginalized people (including fat people, regardless of ethnicity) experience.

Micropolicing: Poor subway behavior is the subject of everything from casual anecdotes to social media shaming. Recently, one such instance of social media shaming actually seems to have had karma on all sides of it. The short version: author takes photo of DC metro worker eating on train. author Tweets photo, in order to report the woman. Tweetstorm ensues, inspiring the hashtag #EatingWhileBlack. author (World Bank employee, Jordanian American, self-identifies as  “minority writer”) loses book deal, shuts down Twitter account. metro workers union responds, says ‘micropolicing’ is no longer enforced. suggests metro workers should get longer than 20 minutes to eat in between assignments (plus clean eating spaces). Read the full story here. 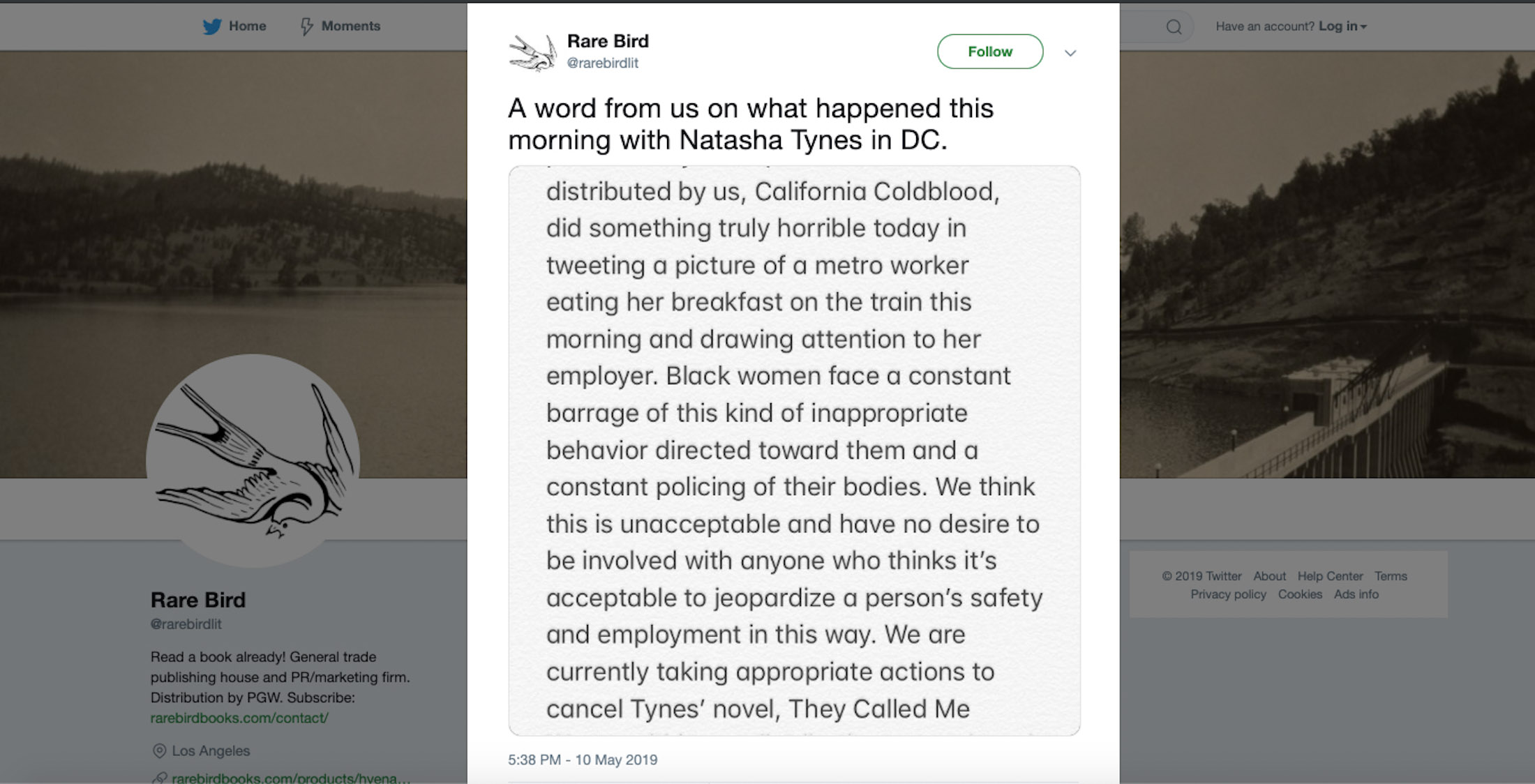 Read the full Tweet thread from Rare Birds Books here. Read The Washington Post story here. *Citing the story is not an endorsement of any of the players’ actions.

The Royals: Dressing For The Slide Show: There’s more to appreciate about how the Duchess of Sussex donned white dresses for all her big moments and a series of blush dresses for her first public appearances, as well as the consistent look the Duchess of Cambridge pulls off. “Royal enthusiast” Elizabeth Holmes examines it all on So Many Thoughts. For instance, the first meeting between Queen Elizabeth and Meghan Markle featured the Queen wearing black shoes with a black bag, and Ms. Markle wearing black shoes with a black bag. To hear more about the royal family’s visible branding through the way they dress (such as the two reasons the Queen wears bright colors), which is “managed and choreographed” precisely as a messaging tool (aka “dressing for the slideshow”), listen to this Marketplace interview.

The True Value of Dressing Well

The Poor Can’t Afford Not to Wear Nice Clothes. TRUE. I stumbled upon the title of this ABSOLUTELY AMAZING post on Medium, and I was in. Because the truth, as you’ll read in Tressie McMillan Cottom’s 8-minute essay — is that not-nice clothes or inappropriate clothes, cost A LOT. They cost in relationships, they cost in social capital, they cost in job offers, they cost in social status — they can cost your life (a hoodie, ahem, for example). READ THIS ESSAY. It depicts a very specific current of socioeconomic tension, most notably, the hypocrisy behind our opinions when people look as though they hope to thrive and not just survive, than this essay.

I remember my mother taking a next-door neighbor down to the social service agency. The elderly woman had been denied benefits to care for the granddaughter she was raising. Her denial had come in the genteel bureaucratic way — lots of waiting, forms, and deadlines she could not quite navigate. I watched my mother put on her best Diana Ross Mahogany outfit: a camel-colored cape with matching slacks and knee-high boots. I was miffed, as only an only child could be, about sharing my mother’s time with the neighbor girl. I must have said something about why we had to do this. The Vivian, as I called my mother, fixed me with a stare as she was slipping on her pearl earrings and told me that people who can do must do.

It took half a day, but something about my mother’s performance of respectable black person — her Queen’s English, her Mahogany outfit, her straight bob and pearl earrings — got done what the elderly lady next door had not been able to get done in more than a year. I learned, watching my mother, that there was a price we had to pay to signal to gatekeepers that we were worthy of engaging. It meant dressing well and speaking well. It might not work. It likely wouldn’t work, but on the off chance that it would, you had to try. It was unfair, but, as The Vivian always said, “Life isn’t fair, little girl.”

McMillan Cottom captures what our outfits do for us and in society. They are a signal. Whatever our background is, we send a message with every piece we put on. What people think they see when they look at us is where we came from, who we are and what we can achieve. It’s why some people, who, still climbing the economic ladder (or socioeconomic webs), can’t afford to wear ripped jeans or tee shirts on any given day. She vibrantly paints the difference between presentable and acceptable (“It’s the aging white hippie who can cut off the ponytail of his youthful rebellion and walk into senior management, while aging Black Panthers can never completely outrun the effects of stigmatization against which they were courting a revolution”). Everything about this essay, from McMillan Cottom’s description of her mother’s dress, to the cutdown of a woman who had the audacity to wear a tank top as opposed to a cami with her interview outfit, speaks to the incongruent manner in which we check each other out.

Much like we interrogate what a woman was wearing when she was raped, we look for ways to assign personal responsibility for structural injustices to bodies we collectively do not value. If you are poor, why do you spend money on useless status symbols like handbags and belts and clothes and shoes and televisions and cars? One thing I’ve learned is that one person’s illogical belief is another person’s survival skill. And nothing is more logical than trying to survive.”

Happy Weekend, friends! I hope you peruse The Modist, and don’t forget to check out Batsheva Hay and Tressie McMillan Cottom’s Medium post. So many things to think about when getting dressed is more than just putting on clothes.

PS — I have not forgotten about your thoughtful, Earth Day-inspired reader suggestions from the last Unpacking post. I’m working on the follow-up post, so keep an eye out.
PPS — Remember my March Unpacking post where the question of Harriett Tubman debuting on the 20 was still up in the air? Well, Secretary Mnuchin is says it’s a no-go. However, it looks like she’ll still appear on the bill (happening now) unofficially and without defacing the currency. Read it in WaPo here, and maybe get a stamp yourself? 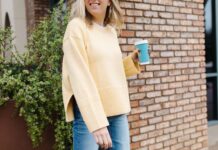 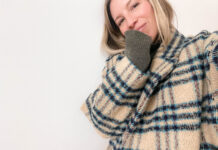 Why I Buy Statement Coats in January 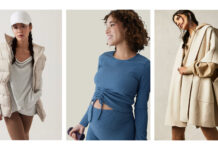