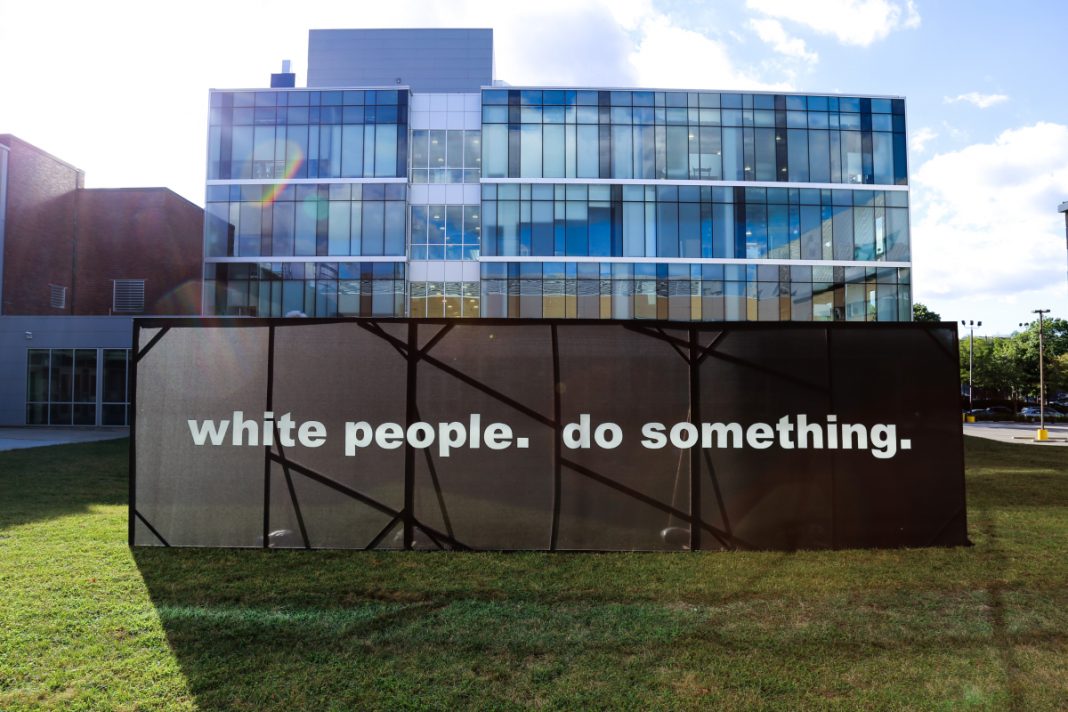 At our tag-up on Friday, Syd wanted to know what I was planning to write about in my weekend post. Something light, I said. I’m tired.

And I do have some light things to write about. The Nordstrom Anniversary Sale dates were just posted, I have a pretty epic story about Pax I’ve been meaning to share, and there are a few TME housekeeping things I wanted to run by you guys. Like I do.

And then — like every Friday — I put on my comfy blogging pants (the pineapple sweatpants for you longtime readers) and locked myself in my bedroom (after granting the young tyrants early screen time — I swear they can smell weakness from two floors down) and found my computer glasses and started perusing random sale things online aaaaand took a shower (hello, procrastination) then — then — my head was clear enough to sit down and write.

Yet on this particular Friday, as I went through my typical machinations, there was one thought I couldn’t shake. It’s the same thought that surged — unbidden and unexpected — to the forefront of my mind as I read the news this morning:

I’m talking, of course, about Minneapolis. Where protestors set fire to a police precinct after the horrifying murder of George Floyd, the latest in a shameful spate of police violence against black men and women.

Appalling as this latest murder is, it comes mere days after the world learned of the murder of EMT Breonna Taylor by police in Kentucky, which came only a few days after we had learned Ahmaud Arbery was chased down and murdered by two white men in Georgia.

We had a figurative moment of silence here on The Mom Edit for Ahmaud. I’m almost…embarrassed by that now, that pause making his death seem like something out of the norm. His death is part of our American normal. As we are learning — through social media, through a rising of collective anger — this has always been our norm. Black people have been saying this for years. Why haven’t we listened?

Growing up, my Dad was always a big supporter of police. He worked with them in schools, and was good buddies with the Chief of Police. He outwardly upheld rules (I’m choosing my words carefully here — navigating around them was a special skill of his) and would never condone violence. He would be gravely disappointed in any sort of ‘let that shit burn’ sentiment from his oldest daughter.

And yet there it is. If anything, growing stronger.

So if I use myself as a barometer — a Mostly Good Girl From the Midwest (one who loves Minneapolis) — and if even I am chanting (albeit a little under my breath) “let shit burn”…is that a sign of shifting tides? Are the White People Who Supposedly Care About the Collective Good actually ready to stand up and do something? Is this our moment? Or…are we all just frightened little Amy Coopers, hiding our inherent biases and racism behind a generic cloud of liberal values?

Is Melissa the anti-Karen? If you haven’t watched this viral Facebook video of Melissa McCreary, a white woman, married to a police officer, who is just coming to terms with the fact that racism does exist…go. Right now. It’s 12 minutes long, but 100% completely worth watching the whole thing (and gets really good about 6 min in). I think many of us can relate — and her call to arms is exactly right.

Don’t raise an Amy Cooper. This CNN article makes a solid case for showing your kid the Amy Cooper Central Park video. “Our silence teaches our kids the best response to racism is to avert one’s eyes and avoid conflict at all costs. If we want to raise antiracist children, we must engage, even when we don’t know how it’s going to turn out. And talking about how it went down with our children can itself be a form of antiracist learning.“

Context. Here’s a helpful little “primer” on IG of why black people have rioted vs white people.

Donate. Consider donating to the Minnesota Freedom Fund to bail out protestors who are being thrown in jail.

Text. Text ‘Floyd’ to 55156 to demand the officers who killed George Floyd are charged with murder. (source)

Read. A few weeks ago I stressed the importance of reading White Fragility and How to Be An Anti-Racist. I also highly recommend Trevor Noah’s book, Born a Crime. His story is set in South Africa, but it’s ultimately a really good primer for how racism fundamentally works and persists, long after laws have been changed. We listened to it as a family — Trevor Noah reads it himself, and it’s poignant and funny and heartbreaking and my kids still talk about it. If, however, you are looking for books geared especially for kids, Ibrahm X. Kendi has a board book coming out in June called Anti-Racist Baby, and I’ve been eying up A Kid’s Book About Racism. Laura has also recommended This Book Is Anti-Racist, 20 Lessons on How to Wake Up, Take Action and Do the Work. Hardcopy is sold out at Amazon, but Laura found it on Zulily.

Support. If you head over to our Instagram (this post) specifically, we’re starting to compile a list of black-owned businesses to support. The idea wasn’t mine, but intentionally seeking out products and companies owned by people of color is one small thing influencers like us can do. Read more about it on our IG.

Photo credit: The sign was a temporary public art installation (by artist Kara Springer), that was installed on Temple’s campus in Philly for just a few months in 2016. Sadly, still relevant. Photo from @streetsdept. 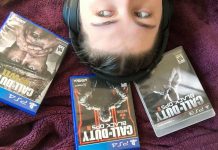 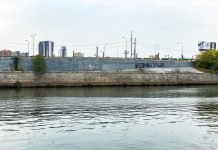 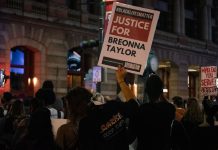 5 Ways You Can Take Action For Breonna Taylor 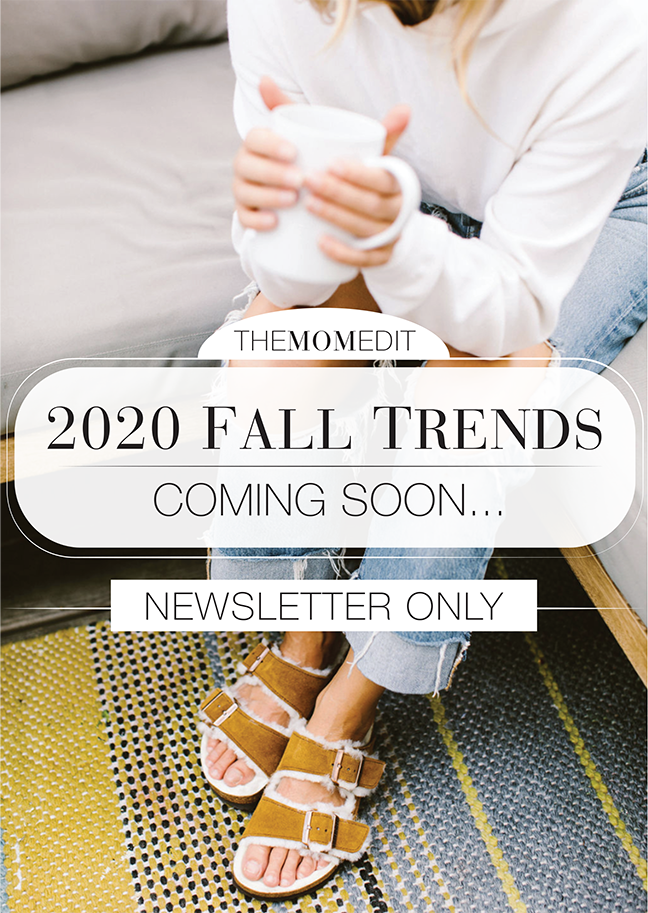