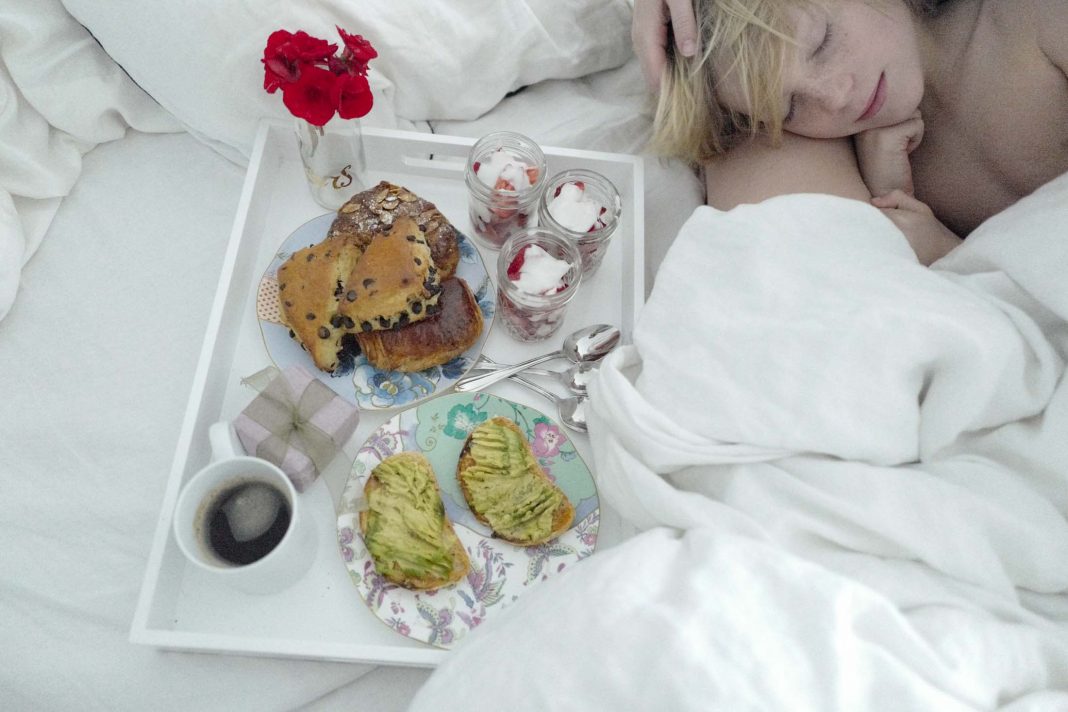 Pax has been asking me if there’s anything he can “take” — like a vitamin, I assume — to grow. His main objective has always been to grow faster, but lately he seems pretty worried about his, uh, longterm growth potential.

I can’t imagine why he might be worried: I tower over my mother. #snort

When Pax was a baby, I’d whisper sweet nothings in his ear (I still do). “My sweet baby boy” eventually became “My sweet little boy” to which Pax would reply, “My sweet big mom.”

This lasted until relatively recently when, about a year ago, Pax became very suspicious about the height of adults in general. “My sweet big Mo–” he started to reply per usual one day, then stopped suddenly. “Actually, Mom, you’re really not very big,” he remarked, thoughtfully. “You’re more like…my kinda big Mom? My Sorta-big Mom?”

For the next several weeks, Pax compared my height to all adults he could think of. “Mom, I didn’t even notice you were half-size because Linzi-Auntie is always around and she’s your SAME SIZE. You guys are both not the size of real adults!”

At some point, however, Pax realized that my obvious failure in the growth department might affect his. Pax had been bragging to Linzi’s littlest that his brother (Raines) was taller than their brother (E) when Raines nonchalantly pointed out that E’s Dad was much taller than their own Dad. Pax was confused: what does one have to do with the other? After Raines broke it down and Pax realized that not only would E likely end up taller than both of them but — egads — even E’s little brother could end up taller than Pax!!??!! Then cue E’s Dad swinging by like some perfectly timed 6’4″ angel of death, towering over everyone (my husband included)…well. Pax was horrified.

Since this is obviously not my first rodeo, I have worked his insecurities to my advantage: Broccoli, spinach, that freaking dinner that I spent all night cooking — turns out, sweet Pax, they are all designed to make you GROW.

And my little buddy did just have a growth spurt. I know this because Pax measures himself against me weekly. And suddenly — overnight, I swear — the kid shot up a couple of inches. He is, understandably, over-the-moon about this new development.

“You know what, Mom?” Pax remarked, his voice muffled through his mask as we walked over to the Amazon drop-off. He stops, pulling me closer. He verrrrry carefully measures — on me — where the top of his head hits, holding his hand to mark the spot. He looks down, checking that I’m in sneakers, not heels. Then he reaches up with his other hand and marks the air at the top of my head, gauging the distance between his two hands. “I only have a quarter left,” he says in amazement. “There’s only a quarter of you left to go!”

We head into the Amazon locker, pick up his new book, and start to walk home. “Are you excited about your book, baby boy?” I ask. “It looks like a good one…”

Pax grins up at me. “Yup,” he says. “I’m really excited…Quarter-Size Mom.”

I must blame someone. Kristina. I know I’ve been talking about white sweat shorts in these weekend posts for…a month now? Whatever. Life is a time warp. Anyway, I finally found THE ONES: this pair from UpWest. Literally a dead-ringer for those Vince sweat shorts we’ve been obsessing over. To make UpWest’s $50 free shipping minimum, throw the sexiest white tee EVER in your cart. Been wearing these pieces together nonstop. (Size xs in both, if that helps.) I have a full set of outfit selfies coming out next week (UpWest’s stuff is really, REALLY good) but wanted to close out this chapter on white sweat shorts.

100% completely worth the cost. Remember those PAIGE mules in tan suede I bought last summer for Italy? The ones I wore everywhere? The ones with the butter-soft suede? Well…they’re back in stock at Nordstrom Rack AND they’re also available in suede pink, metallic rose gold, or metallic blue. These are magic shoes you guys. No breaking in period, and comfy enough to walk all over cobblestones in Sicily last summer, or around Philly. (NOTE: These aren’t sneakers — let’s not go crazy — but I can easily wear them on a walking date night — no Uber needed.)

Only if you’re fancy. Nordstrom is having a giant sale (like more than 50% off) designer goods…but we’re talking the really high-end stuff. Of course the big guys are there: Chloe, Dior, Prada (the sunglasses are especially discounted)…but happily a few of my personal favorites are also on sale: FRAME, Ulla Johnson and Veronica Beard. As you might imagine, nothing is fully stocked, so shopping by size is probably the best bet.

What is up with LOFT’s Signature Softblend? Since I’m in the blogging business, I often get recommendations from people about what to cover here on TME…but this week I had THREE people rave and rave about LOFT’s Signature Softblend. It’s been a longtime reader fav (based on comments), but three personal recommendations in one week is pretty amazing (especially since I talk to fewer people these days). Have you guys tried them? I’m currently considering the navy sweatpants with this matching short-sleeve top.

I ALMOST found the best self-tanner. I had an old container of James Read Coconut Water Tanning Mist that — in desperation — I busted out. It was highly recommended by Adrienne, the owner of Baked Tanning in Philly, my favorite spot for spray tans. Anyway, last week, I sprayed it on (Mike sprayed my back), and I always use a tanning mitt to blend. Not only was the application (and drying time) 3 minutes total, but it developed into a beautiful, natural-looking, barely-there tan. I’m obsessed and have been refreshing my tan every few days, finally achieving a perfect glow. The only problem? It’s completely out of stock EVERYWHERE. That said, Revolve has almost the entire line of James Read tanning products (perhaps mine is discontinued, sob?), but nothing looks quite like mine. Does anyone else have experience with this brand? Would love a recommendation. I’m realllllllly into the mist + gradual tan concept.

Even Raines was fooled. I’ve switched us — mostly — to a dairy-free diet, but the boys have basically rejected any sort of fake cheese. So the few times I cook with cheese, I usually use the real stuff for the boys, and the fake cheese for myself and Mike. HOWEVER…we ran out of the real stuff, but had just gotten a bag of Daiya’s “cutting board creations” — basically an all-new formula for fake cheese (made with chickpeas, I think). Anyway it completely fooled the boys (who can usually sniff the fake stuff out in two hot seconds).

Still feels like summer in a bowl. I heavily rely on vegan crockpot recipes to make dinner happen most nights, but many of these feel more appropriate for winter. Em’s red bean and miso stew (over on the Pig & Quill), however, is our new family obsession. A stew of red beans get topped with crunchy, cold, pickled (or fermented) cabbage — I think even kraut would work — and slices of avocado. It’s insanely good.

Check your facts, bro. I was blown away by the number of people I saw sharing the bogus documentary Plandemic on social media. Plandemic — the name starts with a “plan” — should not be confused with the Netflix documentary, Pandemic. Netflix’s Pandemic is totally worth a watch. PLANdemic, however, is a false (and dangerous) conspiracy theory video gone viral. The Verge has the best synopsis of why this particular video was able to go viral so quickly, and Factcheck.org has a lengthy article that gets into the nitty-gritty of debunking each claim the video makes.

Should be a graduation requirement. The News Literacy Project, a nonpartisan education nonprofit, is taking on the task of teaching students how to distinguish between actual facts and fake news. They have a program called Checkology that offers programs on how to distinguish misinformation. During this current pandemic, the News Literacy Project is offering parents and educators free access to Checkology Premium — register here.

Doesn’t stop. Last week, I wrote about the tragic killing of Ahmaud Arbery, a 25-year-old black kid in Georgia. Days after posting that article, the murder of Breonna Taylor surfaced. Breonna was killed in the middle of the night by members of the Louisville police department in a raid so bizarrely botched…it’s hard to comprehend. Additionally, Breonna Taylor was an EMT — and has been working the front line of this pandemic. Which makes this situation even more poignant. I really appreciate Jamil Smith’s recent article in Rolling Stone:

“What value is celebrating an “essential worker” if, when the uniform comes off and she rests in her own bed, her blackness makes her disposable? If Taylor had identified herself as an EMT, would that have helped? Even if it did, is that the world we want? For black folks, “hero” is too often the bar that we must meet to avoid being murdered with wanton abandon.”

If you’d like to join me in taking action, FightForBreonna.org has phone calls to make and petitions to sign. 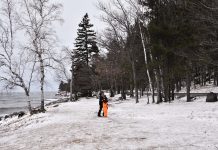 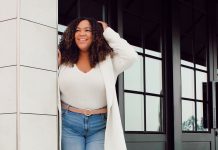 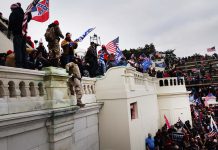