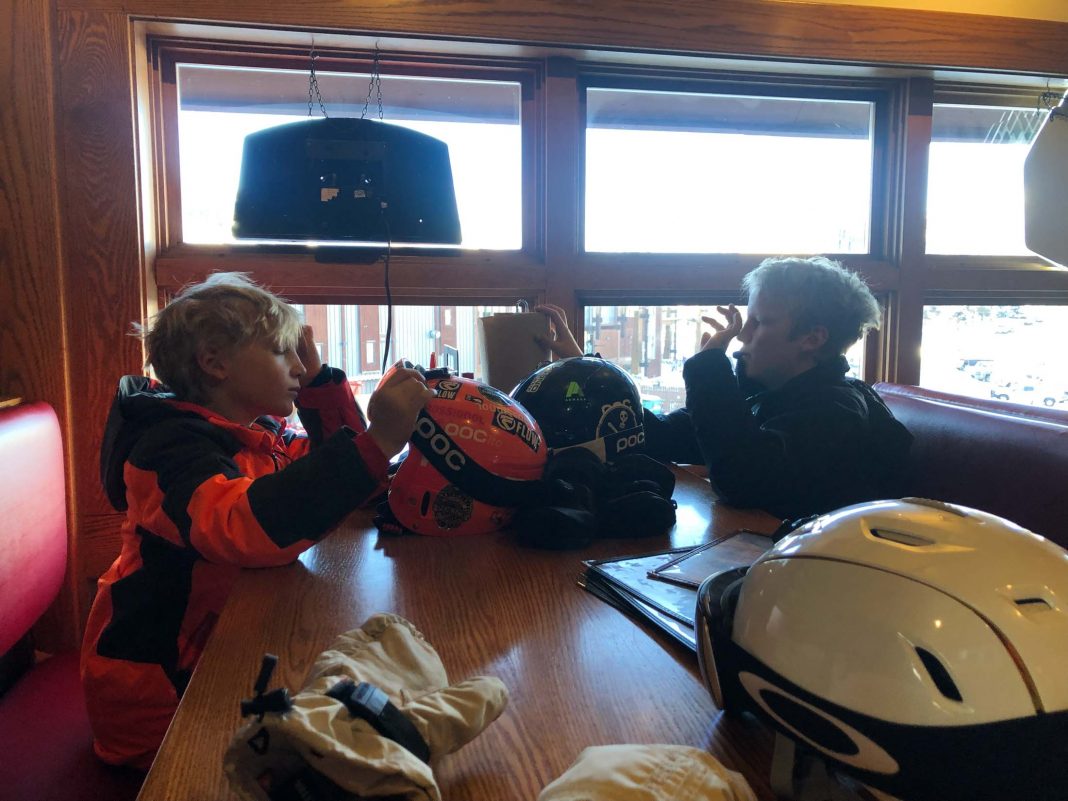 Last weekend wasn’t what one might call…relaxing. We kicked it off with a bang! (my words) or a series of bad choices (Linzi’s words) that resulted in Mike and I waking up after only a few hours of sleep Saturday morning to make it to Blue Mountain for the kids’ ski practice.

Practice starts at 8AM on the dot. Which means, by the way, on snow, skis on, helmet strapped, both mittens in hand, ready to go.

We made it. Gold star.

Both boys were training slalom that day, which I’ve now learned means one pair of skis over another pair of skis but only if your kid is old enough to “need” two different race skis. Which…(eye roll).

I’m literally cringing as I write this — I have no patience (literally zero) for fear-mongering, and these words are getting close. But the fact is that there are some real risks when one is zipping down an ice-covered mountain at high speed.

Real risks like…well…Raines caught an edge. He was doing that slalom course (and YES he was wearing his slalom skis), and I guess he came around a gate and went down hard. He later told us that he was lying on the snow and his whole leg from the knee down hurt so much he started sobbing, and his coach ran over and ski patrol was called and my son — my baby — was removed from the ski course strapped down on one of those sleds.

Of course I didn’t know it at the time. Mike and I were in the bar.

Ski patrol checked him for a concussion (thankfully no) they checked him for a major knee damage (thankfully no) and they gave him some ice for his knee. All the while his coach called us — several times within a couple of minutes (cell reception isn’t great) — so when I glanced down at my phone and saw four missed calls from the coach…I think my heart may have actually stopped.

You just…as a ski team parent…you never want the coach to call while they’re with your kid. There’s no good news that can’t wait until after practice.

So I called back with shaking hands, felt the blood drain out of my face as I jumped to my feet — Mike already had the car keys in hand and was running out the door — and finally learned that yes, he was hurt, but no, not to panic, he’s OK.

I sat back down, very still. Mike was gone, driving down to the medic building on the other side of the resort, and someone (me) had to stay behind and wait for Pax. Eventually, Pax’s group showed up, but no Pax. His little buddy gave me the rundown, his chest-puffed up with self-importance: “We saw someone get taken off — that’s never good. And then later, Coach Jen came up and asked Pax if he liked his brother and Pax said ‘I LOVE MY BROTHER’ and then she told him his brother was the one who got hurt but that he’s OK and asked if Pax wanted to wait with him” – here he pauses for breath – “and Pax was like TAKE ME TO MY BROTHER RIGHT NOW.”

This whole speech was delivered with the sweetest, most earnest expression — all giant eyes and freckles and long lashes — and I almost started to sob. And then one ski team parent was calling down to ski patrol to make sure Mike went to the right building, and another was packing up my bags, and my buddy C was dangling keys in his hand, giving me a knowing look (he’s been there before) and all I had to do was nod. A few minutes later he deposited me in front of the medic building (and — bless him — waited in the truck until he knew we were all ok).

So Raines was OK (sore, but fine), and we finished packing up all of the gear and putting skis in lockers and decided to head back to the hotel and call it a day. Tomorrow would be better…right?

Of course, the next day we realized that Raines’ helmet and goggles were left behind somewhere (cue flurry of activity), then Pax threw up during practice (another flurry) and I am sure that Coach Jen, by the end of the weekend, had had quite enough of the Draugelis boys (and, OK, probably their parents, too).

Which made her Monday-morning text, “How are the boys??” even more impressive.

Community, man. (And my apologies to anyone skiing down Widowmaker last Sunday. The good news is that it wasn’t blood, just, uh, red Powerade. Cringe.)

A new jean trend we need to discuss. I love my classic high-rise flares…but I’m staring to see some with a contrasting denim panel sewn into the leg to make the flare more dramatic? (Like these Frame flares, here.) This isn’t technically new (we did this 10-15 years ago), but the 2020 version is less costume-y, more sophisticated and chic. I think I love it.

One more. For the 1986 cool kids. In the spirit of ‘nothing in fashion is ever new’…the second (and probably more polarizing) denim trend is the drop-yoke jean. Remember those??? All the cool kids in 5th grade were wearing them. I’m picturing this pair with a retro band tee (like this one) and my Doc Martens (now) or cute mules (later). Thoughts?? (Oooo…this pair is on major sale.)

A cardigan that looks good over dresses. For Reals. I just did a photoshoot, styling up this cardigan three different ways. And now? Sizes are dwindling. The post is coming out soon(!!), but if you happen to be looking for a chunky cardigan that is more of a shrug, one that looks ah-mazing over dresses…snap it up now. I have it in black, but the ivory would be gorgeous, too.

As if we needed yet another reason to love Patagonia….the CEO has just donated 100% of their $10M Trump tax cut to fighting climate change. Feel like supporting them? My fav Patagonia pieces are this (recycled) faux-fur jacket (also on Nordstrom, here), this packable travel backpack (we bring it everywhere) and this retro organic logo tee.

Leopard. Print. Adidas. I’ve been low-key stalking Adidas’ Swift Run sneaker in this cool b/w leopard print…and they’re finally back in stock. (Not shipping for a while, but at least you can finally order them.)

Unashamedly stealing Scotti’s thunder. Scotti is coming out with a post on beauty products for dry winter skin (oh hey – it’s here) and I can’t stop thinking about the lip and cheek oil she recommends. Scotti loves the color ‘Billie on the bike’ and it’s so freaking gorgeous on her (and not nearly so bright IRL) that I’m ordering now. (And maybe ‘heavenly hop’ too.)

If I eat another Kind bar I might lose it. I need a homemade granola bar recipe. I’m so sick of Kind bars (the only desperation option I can find that is also vegan and gluten-free) and Raines refuses to eat any more of my — what he calls — “sad muffins” so I’m thinking…granola bars? Does anyone have a killer, go-to recipe? I really like how Life Made Sweeter has a ton of different options for one base recipe…but I’m hoping for something full of chia seeds and flax and nuts and, uh, chocolate chips. Obviously. SOMEBODY HELP ME.

Random stuff from Syd (from our internal TME slack channel): “Make your kids watch Treasure Planet because it is (no contest) the best movie Disney has ever made. You like space? You like pirates? Space Pirates? WATCH THIS MOVIE NOW. Bomb music, an awesome action adventure self discovery plot, and it has SPACE PIRATE SHIPS AND ALIENS. @shana please…please next movie night just experience this MASTERPIECE.”

Well….guess what we’re doing Sunday after ski team? Bring on the ‘bomb music’. 😉

Have a good one!! 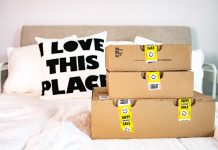 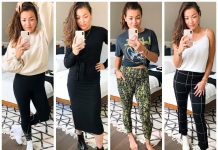 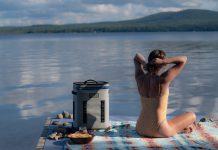 A Few of My Favorite Lake Life Essentials