The U.P. of Michigan is a wild, beautiful place. I spent a childhood with unlocked doors, and “sneaking” onto private beaches for morning runs (Hi, Mrs. Retaskie), and mosquito bites and smelt runs and a healthy fear of The Great Lakes during a storm.

It is a conservative country, where guns are important…but so are the lakes. When we were in St. Ignace this summer, we stopped by a coffee shop that had bumpers stickers on its counter: Keep Our Lakes Clean next to pro-union bumper stickers next to one that said Guns, God and Country.

So I shouldn’t be surprised that when the NYT did a piece on the U.P….they missed it. The piece was called, “In Michigan’s Upper Peninsula, Some Cracks Emerge in the Pro-Trump Wall,” and it stuck me as insufferable and pretentious.

And I can’t even tell you exactly why. I just know that I was mad, reading it. I felt defensive, angry. I felt like the author spent more time talking about — and this is obviously my interpretation — backwards Trump voters than they did talking about these supposed ‘cracks’ in the pro-Trump wall.

The U.P. isn’t perfect — far from it. And my own childhood recollections are glossing over major issues in a big way — my freaking high school is still, shamefully, the Marquette Redman for God’s sake. Trump signs dot the U.P. landscape.

But I still find myself wanting to defend the people who helped raise me, shape me.

So this is what I’m struggling with right now. I have reached a point in 2020 where — most of the time —  I give zero effs about what Trump voters think. A vote for Trump — at some level — is a vote that says that the issues of systemic racism are tolerable. That the violence and fear that other people live with — because of this systemic racism (coupled with our learned biases against black and brown people) — are tolerable. Trump voters might tell themselves they’re voting on “other issues” (the economy, gun rights, right to life,) but a vote for Trump is a vote that also tolerates racist behavior.

We must be done tolerating racist behavior. It doesn’t matter if that racist behavior is overt, accidental, or simply part of a racist system. It’s time for change.

And then I think about all of those people in my hometown.

I think about how outsiders too-often portray them as simple-minded or stupid. “Fiercely independent” (according to the NYT), but…sadly unable to grasp the real issues at hand? Maybe due to isolation? Lack of diversity? Both themes were subtly, artfully implied in that NYT piece.

I know the NYT article missed it. I know their portrayal of the U.P. was only a tiny snapshot, and a rather soulless, overly simplified, biased version. I know that the people I grew up with care about others at a personal level, regardless of skin type. I know they believe in democracy. And I know they are generally NOT impressed by a bragging narcissist like Trump — or wouldn’t be, in real life, anyway.

In real life…a guy like Trump would not feel welcome in my hometown. Sexually assaulting women, making fun of the disabled, referring to veterans as ‘losers’ — guys like this do exist (every village has their idiot)…but where I come from, these people aren’t popular. They are certainly not elected town leader.

Where I come from, the people I grew up with anonymously donated money each year to buy winter coats and boots for the kids who couldn’t afford them. They were fierce environmentalists who actively worked to keep our beaches, forests, streams and lakes clean. They supported our mines, but they also insisted on regulations to keep our Iron Ore industry from polluting our water and air. Most people I knew growing up believed in public schools and the Post Office and science and growing old with dignity — which included access to health care and pensions and social security, all of which has come under attack in the Trump administration.

It makes me want to cry.

I am conflicted, both by the strength of my own convictions and when my sweeping generalizations are held up, mirror like, in a mediocre NYT piece.

And then I remember where I’m from.

I am both a U.P. girl and an insufferable East Coaster.

I do not want to overstate things buuuuuut…..Kopari’s Starry Eye Balm(that name!!) is basically a miracle. It’s a coconut-oil based under-eye balm that contains caffeine to instantly de-puff. Here’s the best part: you can use it over(!!!) makeup. Which means…in the afternoon, when I’m feeling tired and old and haggard, I pat-pat-pat this little gem under my eyes and instantly look refreshed. Zoom calls? Pat-pat-pat. First thing in the morning (when I don’t feel like a full face of makeup)? Pat-pat. In my bag so I have it At All Times? PAT-FREAKING-PAT-PAT. It’s also cruelty-free, all-natural, and under $30.

I interrupt my cashmere “research” to bring you this sale. I’ve been in the process of trying to find this year’s ‘Best Thick and Luxe Cashmere Sweaters’ (basically the 2020 version of last year’s article), and per usual, many of my favorites are from sustainable NAADAM. They happen to be having a Friends & Family sale this weekend, so take 20% off your purchase with code FAM20. My three favorite sweaters so far are the marled boyfriend sweater, the oversized crewneck sweater, and the oversized turtleneck sweater. There were also two big misses, however, so if you’d like to see my…um…unfiltered opinions head on over to IG to see my NAADAM sweater try-on video.

Annoyingly good. rag & bone’s Nina high-rise jeans are some of the best-fitting jeans I’ve ever found. My forever favorites, for sure. And this pair — with the ultimate cool-girl wash — is currently 25% off at Bloomies.

Buyers remorse. I had bought some black leopard Adidas sneakers during the Nordstrom sale (Amazon still has them, actually)…but now I just found these. Basically the same, but a lighter gray leopard with white stripes and, annoyingly, I like them better.

OOOOOOOOOO! These Free People wrapped leggings look verrrry similar to an old pair of Stella McCartney for Adidas sweatpants I had, eons ago. Dying to try that whole outfit, actually. Would look particularly good with those Adidas gray-striped leopard sneakers, above.

Question: Does your guy wear fleece? I realized that Mike doesn’t actually own any sort of fleece jacket. He has some lightweight puffer jackets for the freezing temps, but when it’s in-between, he’s often reaching for an old hoodie. My little guys LOVE their fuzzy fleeces so I’m wondering….?? God knows that this North Face fleece will look much better than whatever hoodie Mike currently likes. I’m thinking “asphalt gray/new taupe green”. (Currently 25% off.)

Brings joy. I recently discovered Boon Supply and now I want allllllll the things. They’ve managed to bring together exciting (yet random) bits of household stuff that would pass my Marie Kondo test with flying colors. I definitely need this S’mores griller for fall nights outside, this super-cute microwave popcorn popper, and these mesh farmer’s market totes. Best of all? They donate a whopping 40% of your sale to a charity of your choice. You can search the fundraiser page to choose one (No Kid Hungry is one that caught my eye, as well as fire relief via Center for Disaster Philanthropy)…or you can even start your own fundraiser.

Brilliant. A two-woman team just won the Nobel Prize in Chemistry for their work, CRISPR. They basically created a tool (from one small part of the body’s immune mechanism) to easily and cheaply ‘edit’ DNA. The whole thing is fascinating, and this article is totally worth a read.

Need a boost? Natalie Nixon, author of The Creativity Leap, believes that creativity is a teachable phenomenon. She’s going to get into the details via a Zoom talk at Drexel this Thursday. She describes creativity as “equal parts structure and looseness, focus and ambiguity, rules and no rules” and I am intrigued. You can register for the event here. (Can’t make it? A interviewed Natalie recently, and her article is coming out soon.)

These boots were made for…VOTING? YASSS. I love Jill Biden’s boots. Not only do they say ‘VOTE’ across the back, but they’re Weitzman’s flat 50/50 OTK boots, which get our nod for practicality, style and warmth. Well done, Dr. Biden.

Halloween brainstorming….we still don’t have a solid plan yet, but Scotti and Em both have some ideas (coming soon). I’m still thinking family movies with lots of treats and probably a Halloween snack board like this one or this one OR…an all-candy one like this craziness. Whoa. 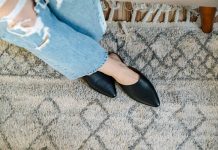 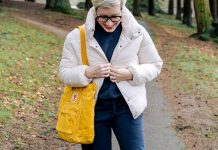 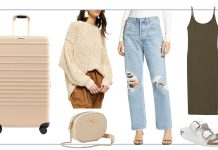