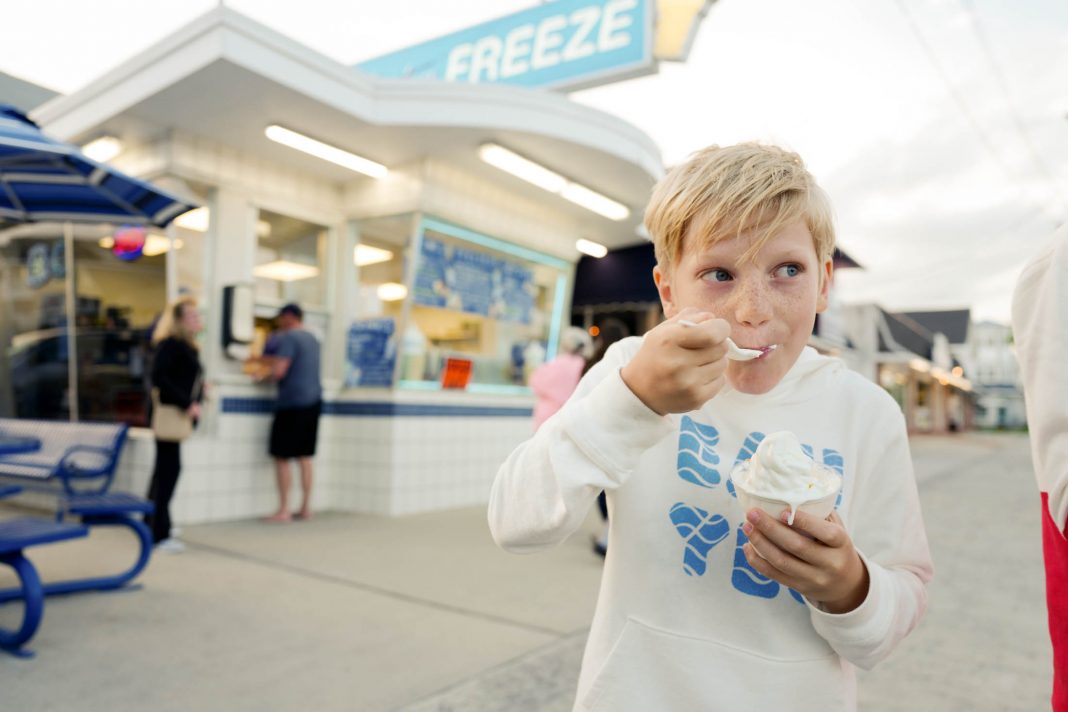 Pax’s FOMO is driving me crazy. (Note for Mom: ‘fear of missing out’.) His older brother, Raines, recently read The Hunger Games. By himself. He didn’t listen to it on tape, I didn’t read it to him…he read the entire thing on his own — and loved it. This is a notable achievement for a kid who has, historically, struggled with reading. But now…he wants to see the movie.

I have a pretty strict rule that if you want to see the movie, you have to read the book first. It allows your mind free rein to build the book’s images in your imagination (not just use Hollywood’s version), and, even better, reduces arguments about appropriate movies (too young to read it = to young to watch it).

As you can likely guess, Raines is super-excited to watch the movie. And, frankly, I’m excited to watch it with him! Books and stories are kind of our thing, and Raines has often curled up next to me while I’m on my Kindle, and asked me to tell him the story I’m reading. If he likes it (and he usually does — we’re both nerdy Sci-Fi fans), he’ll check back in with me every few days to have me re-tell the next bit of the story. The Hunger Games was one of those books we first shared together (I only told him about the first half or so), and it’s pretty cool that he’s now read it himself.

But Pax quickly realized — almost from the second Raines finished the book — that there was likely a movie screening in the future, one that would NOT involve him. Cue instant freak-out. I did The Parenting Thing and had a talk with Pax. My initial strategy (“we’ll just wait until you are at a super-fun sleepover!!”) totally backfired (“I can’t believe MY OWN MOTHER WOULD SEND ME AWAY SO SHE AND RAINES CAN WATCH A MOVIE!!!!”) so I ended up just going with some hard truths: Raines is older. He read the book. He’s excited to watch the movie. I’m excited for him. BE HAPPY FOR YOUR BROTHER, PAX.

I’ll give him some credit: the kid is getting better at knowing when the battle is lost. But if you think he’s giving up the war, THINK AGAIN. The next thing I know, Pax is curled up with his Kindle, reading…yup: The Hunger Games.

He’s eight. And reads like a perfectly normal eight year old. There’s nothing about this book — not the plot, not the vocabulary — that is developmentally appropriate for an eight-year-old. What. Do I. Even. DO? WHAT.

While I mentally debate, Pax stubbornly keeps trying to get through the book. There is no joy in his reading, only dogged determination and fear. He’s so flipping afraid that we’re all going to snuggle up together and watch this movie without him.

Which, of course, is exactly the plan.

This is a book that should be devoured. It’s a page-turner! Such a mind-bending, thrilling way to realize that books can make you think. Pax is reading it with a desperation that is breaking my heart (and missing the point of reading). He is not, however, missing any of the plot points, which I find confusing. He’s got the subject matter locked down tight, despite his limited vocabulary.

Soooo…at what point am I considered a terrible mother if I wake Raines up in the middle of the night to watch The Hunger Games? It would have to be a Life Secret between Raines and I. I mean…Pax could NEVER KNOW.

Decisions, man. No one warned me about this kind of next-level parenting shit where literally no one wins. Toddler problems seem SO much freaking easier to solve.

Maybe I’ll just bribe him with shoes. Since we’re already on the topic of Bad Decisions Made By Pax’s Mother, perhaps I’ll offer to take him shopping. The kid loves new shoes and scoped out these sweet Harry Potter snitch sneaks at Vans. The vibe is more Greek god than Harry Potter, but they’re seriously cool.

Oh hello, gray. That sexy little off-shoulder zip tee is on sale at Free People (featured here in red)…and the only colors left are beige, black, and…gray. Oh happy neutrals. How I love thee. It’s perfect for cooler days at the beach. If you really want the free shipping (over $100), I’d also pick up this cute little one-shoulder tank, these oversized beaded hair clips (for that trendy side-clip thing) aaaaand….hang on….this anklet. Done.

You can always count on me. …for oddly expensive things you don’t need. And yet: I swooned — with that happy little rush in my heart — when I saw this denim jumpsuit. Basically sold out, but Nordstrom has exactly one of each size in stock, and Neiman has it fully stocked if it haunts your dreams as it does mine.

Found my summer jeans. These Levi’s are perfectly straight legged, raw hemmed, and have a rise that’s high (yet stretchy and v. comfortable). The wash is freaking perfect, too. Photos coming soon. (Size up, though – I’m wearing a 26.)

In our latest episode of Wear Whatever the Hell You Want…Scotti sent over this photo of my mom rocking the heck out of this sequin jumpsuit. Yeah Nana. (Her fringed leather vest? Vintage. SWOON.)

One heck of a strong argument for Fortnite. I completely agree with this NYT piece, written by a fellow mom of a Fortnite-obsessed kid. There are a couple of kids at school that one of my little guys always eyed suspiciously….until they started playing Fortnite together. Now? All good.

Shake it. Laura, per reader request, pulled together her latest Dance Party In The Kitchen Playlist. (The title was my doing…but we alllll know it’s true.) 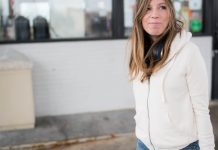 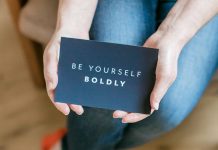 Be Yourself Boldly: Leadership (& Life) Inspo From Shanna Hocking 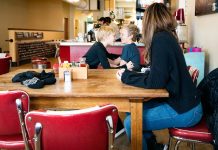