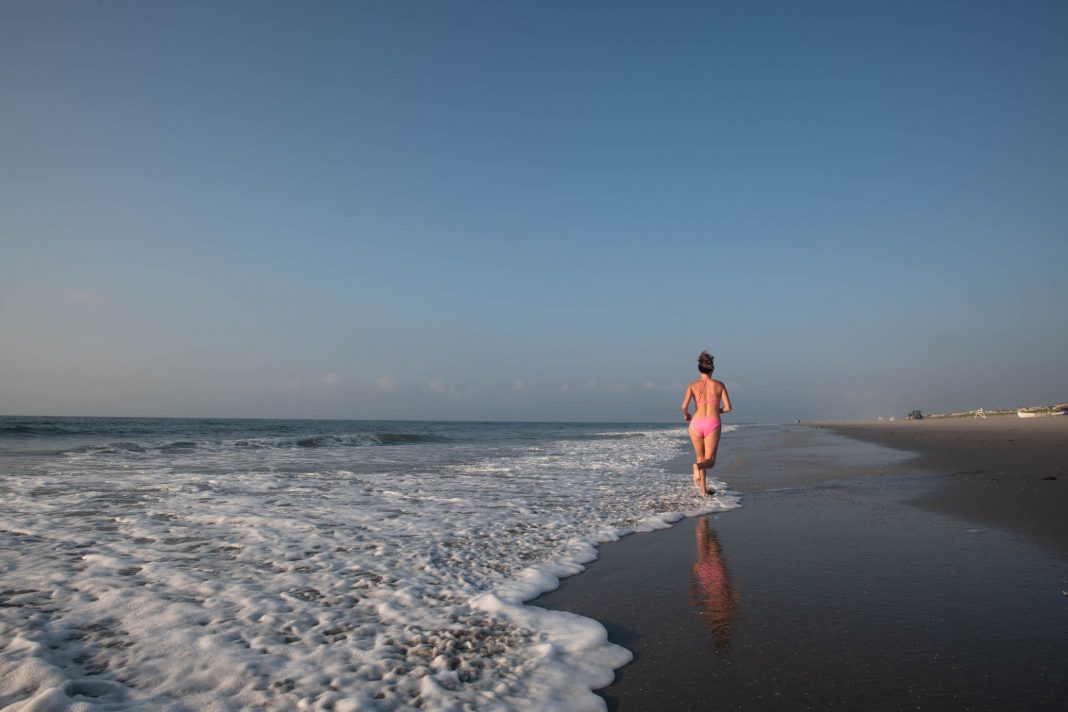 I started running again. I’m what you call a seasonal runner, so I start running again each June, and typically call it quits as soon as it gets cold. And I always start back up at the shore. There’s something about that long stretch of beach that calls to me (I get all Chariots of Fire about running).

On my second day out — while the boys were at basketball camp for a few hours — I ran three miles. Three.  I had done two miles my first day, and then…I knocked off that third mile like it was no big thing. According to my Nike Run app, my pace was roughly 10 min miles. Now, I realize that hard-core runners might scoff — I never claimed to be super-dedicated (a measly three miles) nor fast…but considering the fact that I literally ran the entire thing barefoot on the beach (see above Chariots of Fire reference)…I’ll take it.

Running, these last few years, has been something I’ve done out of desperation rather than enjoyment. Running was just…something that connected me to the girl I once was. The girl before the chemo and the surgery and the Tamoxifen…heck, the girl I was before all the babies. I had always been a runner. I had always been able to dash off miles (yes, more than three you snobs), one foot in front of the other, lungs burning, mind spinning. I would run with my thoughts racing and racing and racing until the relentless pounding of my feet, one foot, then another, calmed them down, cleared them out. Running, once upon a time, was breath and insight and sanity.

Babies made it hard to run (anyone else fill with rage trying to push a double stroller while running? Just me?)…but the chemo almost killed the joy completely. I wrote about the experience of trying to run after chemo, here, but suffice to say it was awful  I described it in that article as plodding, but…plodding-then-walking-defeatedly-while-crying is a truer description. Eventually the chemo burn wore off…but that eventually was measured in years, not months. And even last summer — my last summer on Tamoxifen — I struggled to get to three miles.

It’s hard to explain the difference between last summer and now. I remember running one mile a day, weeks on end. I remember the day I forced myself to run two miles, not because I was feeling particularly good that day, but because I knew one mile was ridiculous. I remember feeling oddly disconnected from that girl who once ran — did she ever actually exist? — but stubbornly chasing after her anyway.

Last summer I was chasing someone I could barely remember. This summer…it’s like she’s suddenly come home.

I’ve been off of Tamoxifen since January. Which means that I was first was diagnosed with breast cancer six years ago. Re-reading that old article, it feels like coming full circle. The girl who wrote that article doesn’t feel so different from the one I am now. The surgery and the chemo and the Tamoxifen had aged me both physically and — even worse, mentally — but slowly, over the last six years, I’ve managed to find my way back.

I suspect that girl — the one I’ve been chasing down the beach — always knew I would.

Not on sale but no one cares. One of my fav tops from the Nordstrom Anniversary sale sold out before I could mention it. It’s just been re-stocked, and even at full price ($35) it’s a steal. I’m talking about Halogen’s square-neck tee in stripe. The square neckline is a huge trend for fall, and the vibe is a cross between nonchalant French girl and “Romeo, Romeo, wherefore art thou, Romeo?” Good stuff. (Actually, I’m wearing it in this video if you want to see it on.)

I’m starving. All I want to be eating right now are Emily’s crispy skin salmon bowls (with pickled carrots; it’s like she can see right into my soul) and Smitten Kitchen’s watermelon mojitos. She figured out a way to skip the simple syrup step and I am ALL FOR IT.

Before I forget…we’re going to be publishing my mom’s blueberry crisp recipe here soon (it’s epic, I promise)…but if you really can’t wait, it’s up on our IG, here. (And YES: that is coarse-cut salt.)

Team Obsession.  As/Is is currently doing a video series called “Hair Flicks” where they shoot a hairstyle tutorial…in the style of different movies. There’s Alfred Hitchcock, A League of their Own, Black Panther to name a few…and they’re really well done.

Well…that’s it for now! We’re off to Sicily for the week (like typing-this-in-the-airport off). We’ll be staying in Syracuse…has anyone been?  We’d love some recommendations… 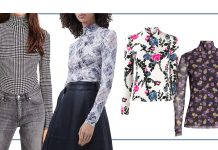 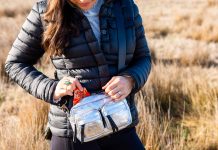 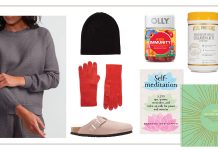 How I Plan To Stay Healthy & Warm This Winter