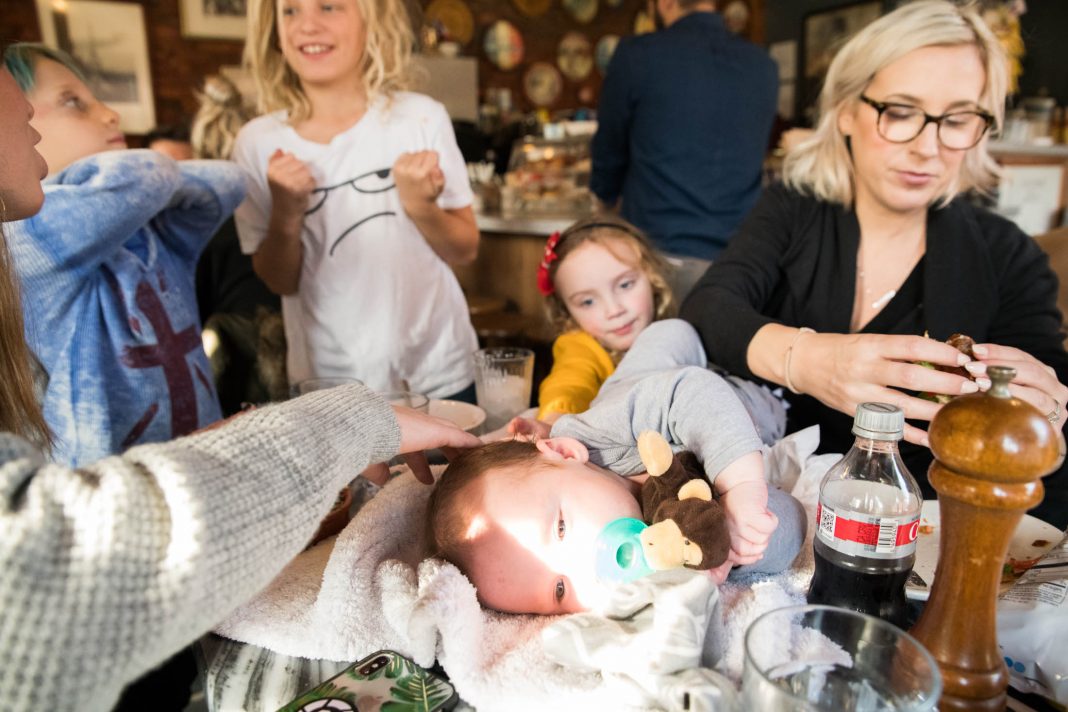 I know these weekend posts have been coming fewer and farther between, but we’re in full-on holiday craziness over here and I AM BARELY HANGING ON. There’s been some good stuff, too. Scotti and the fam was here all week (they just left yesterday), and we got some seriously good baby time in. I had forgotten how small and delicious a three-month-old baby is….AND I had forgotten how demanding and crazy a wicked-smart, four-year-old can be.

The week was pretty hysterical, actually.

It was like a child development study of sorts…or maybe just a child-focused version of The Real World. There was the baby who was all coos and snuggles, the toddler who oscillated between demonic and angelic behavior, (and also requested a “goodbye present that was NOT a toy, but more like a tweat, but not a tweat for WIGHT NOW more wike a tweat for later, and mayyyybe has a bow on it and a picture of a Christmas puppy?”), a little boy who literally CANNOT STOP MOVING EVER (Pax), and a sullen pre-teen rolling his eyes as we walked him to his school’s first dance (yup, Raines).

You can bet we sat down and drew that picture of a Christmas puppy. (We tied it onto a plastic-wrapped doughnut and Greenlea was OVER THE MOON.)

On Monday night we had gone ice skating — again — because Pax is so obsessed. As you can imagine, this isn’t the easiest outing with a four-year-old and a baby, so after I skated with Pax for over an hour (this becomes an important detail so I don’t sound like the worst mom ever), I joined the rest of our crew in the bar. We were inside having a few drinks when the door suddenly bursts open, and Pax staggers in sobbing, still clad in ice skates, and his face completely covered in blood.

I mean, OK. He had a little cut over his eye. But you know how those bleed. People were leaping out of the way in terror, shooting us horrified looks. And YES — I had put down my scotch. We cleaned off his face, found the medic with alcohol pads and gauze, (cause wound-cleaning is so much fun in a bar), and got the poor kid some hot chocolate.

The cure for both dementors and ice-skating injuries.

Pax seemed fine (he had somehow slammed his face into the boards while skating), but the next morning when the cut still hadn’t stopped bleeding, he and I took a little trip to the ER. The doc swore him off ball sports for a week, “and, obviously, dodge ball…but I’m sure we don’t have to worry about that!!!”

So imagine my surprise when I walked out of the school (after a holiday function for Raines’ class), and found Pax’s class in the yard playing…dodgeball. Pax took one look at my face and yelled  “OMG MOM IT’S FINE!!!”, and then dove to the ground and rolled as a ball came sailing down on him.

But the sun was out, the day was clear and cold, the baby was blowing raspberries, the toddler was dancing around talking about butterflies, and Raines had just been smiling his shy little smile — so proud of himself, standing in the back with his hands in his pockets, and my sister was in town, and when I exhaled, I could see my breath.

So I did just that. I exhaled, let it all go, and blew Pax a kiss.

He threw me a grin…and dodged.

The denim guide IS in the newsletter. As promised, it’s been there for a week!! I’ve gotten a few emails about how to find it, so I’ll try to make it a little more clear: Look for the link right under the “Holiday” banner in the newsletter (after all of the Latest Posts). The password needed to access the guide is given in the text below the photo. (And if you haven’t yet subscribed, for Pete’s sake, JOIN US.) 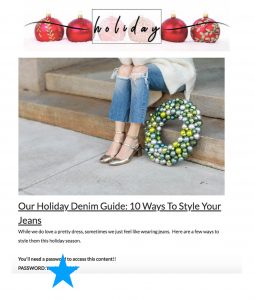 Oh hey, Snow Princess. Your cardi is on sale. The cardigan I’m wearing in the denim guide? It’s on sale at Anthropologie (and perfect for layering over a sexy little cami).

Less sexy, more cozy. Scotti was rocking this giant, oversized, merlot-colored fleece sweatshirt from Express. I can’t stop thinking about it (and it’s now 40% off). Truth be told, she actually made it pretty sexy by wearing it over a lace nursing bra, but Scotti can make just about anything sexy. I also found a sporty hooded version by Volcom called, I KID YOU NOT, Snugz n Hugz. Yasssss.

The most beautiful workout leggings I’ve ever seen. Beyond Yoga, a brand I fell in love with this summer, has these ombre metallic sparkle leggings that literally took my breath away. I’d pair them with the matching sports bra (25% off!!) and this cute workout tank (also 25% off!). Leggings are also at Nordstrom.

Here comes trouble. If you know anyone who goes by that nickname *cough*not me*cough* this necklace just went on sale.

Catching up on questions. ONE: That giant princess skirt I’m wearing in our recent menswear post is from Anthropologie. It’s by Eri + Ali and, annoyingly, only seems to be sold in stores. So you’ll have to call the 1-800 number to get your hands on one.  They run small — size up.) I have an article coming out soon about similar pieces. TWO: You guys wanted links to the old standbys I used to style up the latest Eileen Fisher pieces. My go-to black pumps are Vince Claire D’orsay pumps, turtleneck sweater is an old Vince one, and all other pieces can be found on my closet page.

I have much more to say about….stuff…but I’ve gotta run — my guys have their hiphop show with Movemakers Philly tonight. In the meantime, the one thing that is consistently giving me light and hope and life is the IG account of Alexandria Ocasio-Cortez. She’s a freaking badass, and going back through her old IG stories about what becoming a congresswoman is like is illuminating. 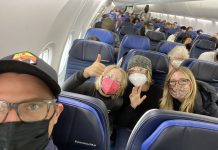 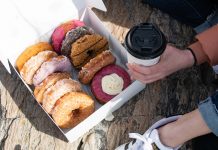 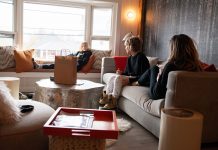 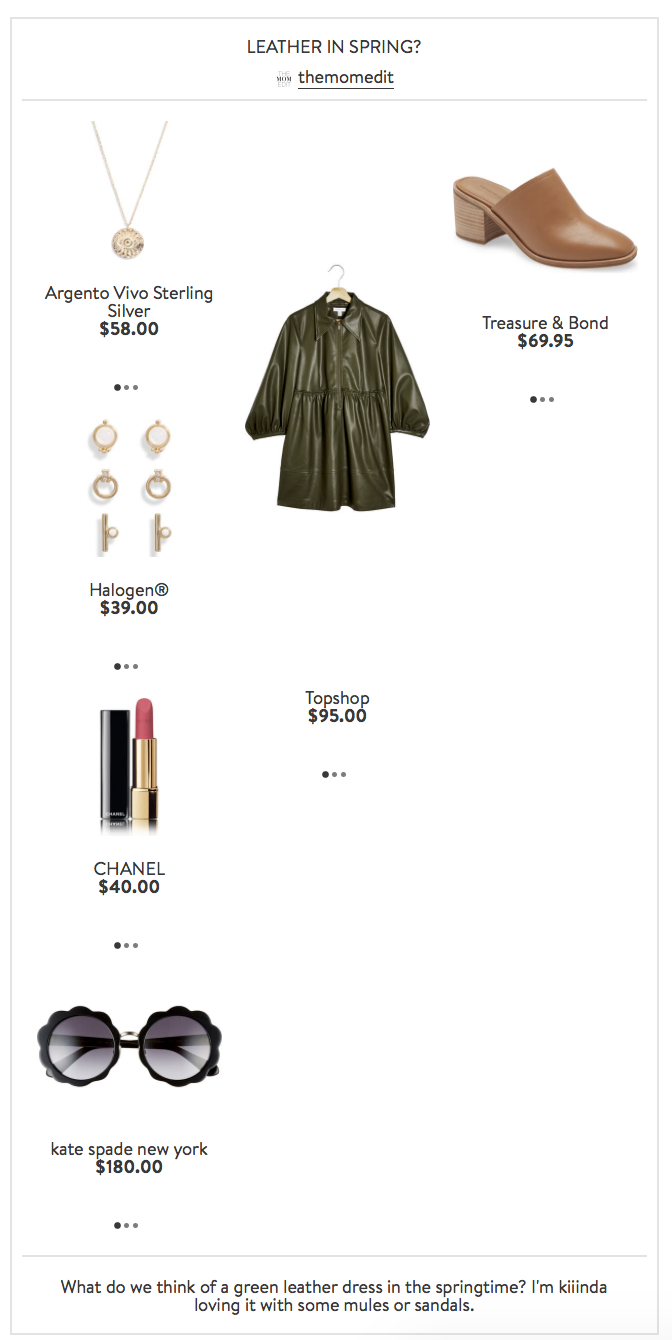