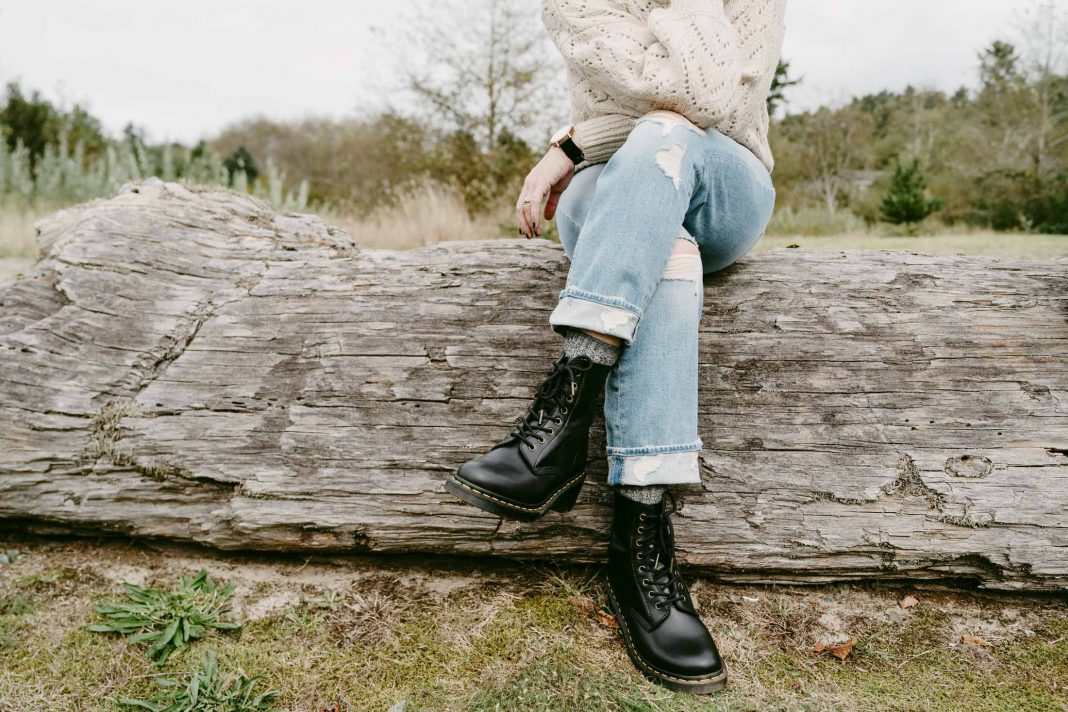 Happy week, friends. Sometimes I have a lot to say here, and sometimes I just wanna talk SHOES. And today I just wanna talk SHOES…more specifically, BOOTS. YAS. My jam. This fall I’m all about finding some rad combat boots, and I thought I’d take y’all along for the ride. I really just searched online and ordered whatever I was into, so I have quite a few options for ya…from really stand-out styles to more classic combat boots that will last you forever. Don’t worry though, all of them have a badass quality that I feel like you gotta keep in the running when searching for combat boots. Let’s see what we got…

UPDATE for 2020: I found another pair I adore! The pair above, the Doc Martens Clemency. They’re my favs for this fall as they have just a slight heel but aren’t a heavy platform sole. I just published a post styling them up a couple of ways! I’m also still loving the AllSaints Franka you can check out below!

These rad Docs are stiff, not super-comfy, but after they break-in, I bet they would be great. Pretty rad but very distinct, and not quite versatile enough for what I wanted. I’m also not as drawn to the shiny leather as I used to be back in the day. I love the height on these though, and think they’re great with the cropped jeans. 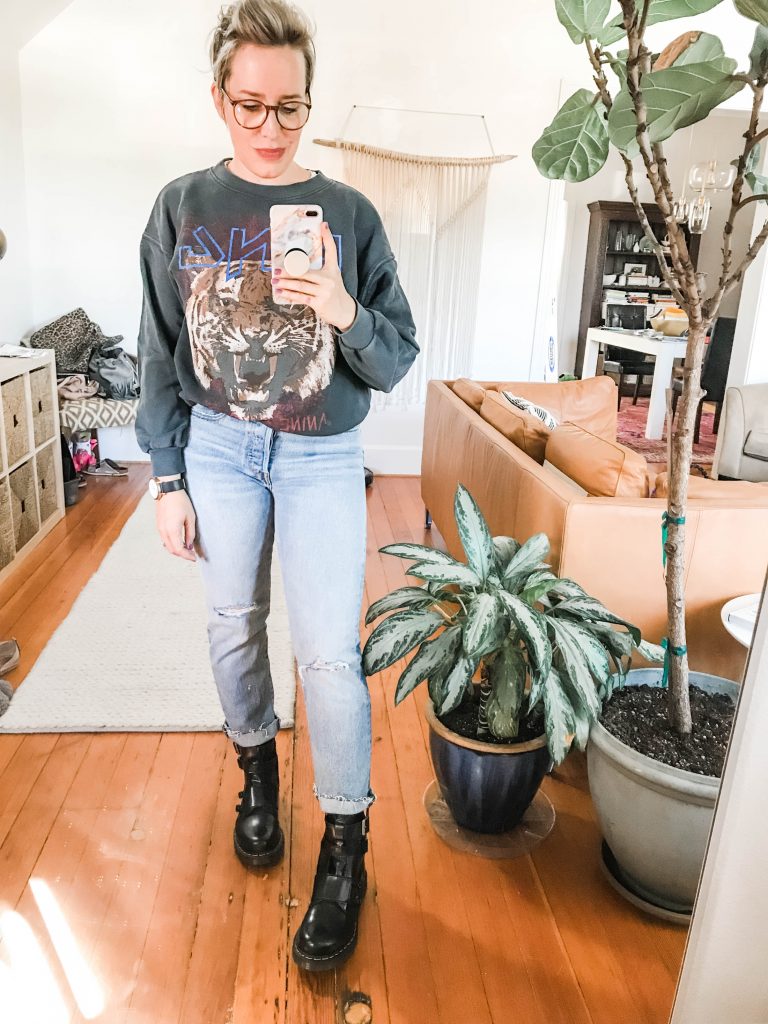 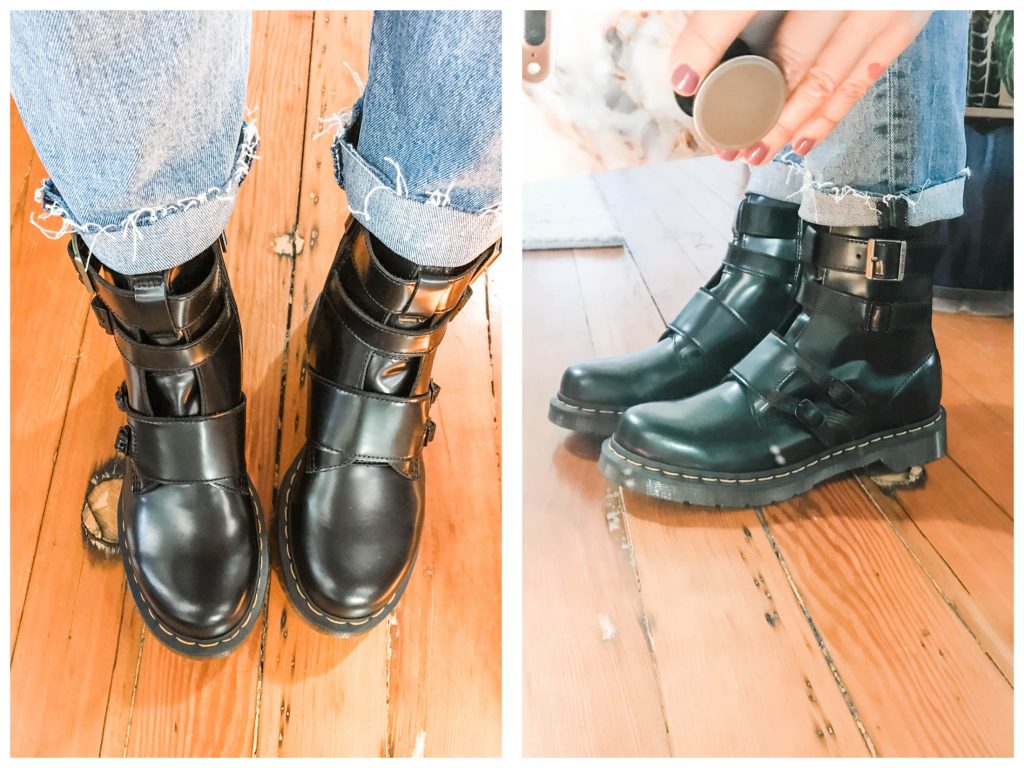 This pair of boots is comfy, especially for Dr. Martens straight outta the box. They run a little wide, but offer plenty of room for socks. Very soft and bonus…they’re waterproof. 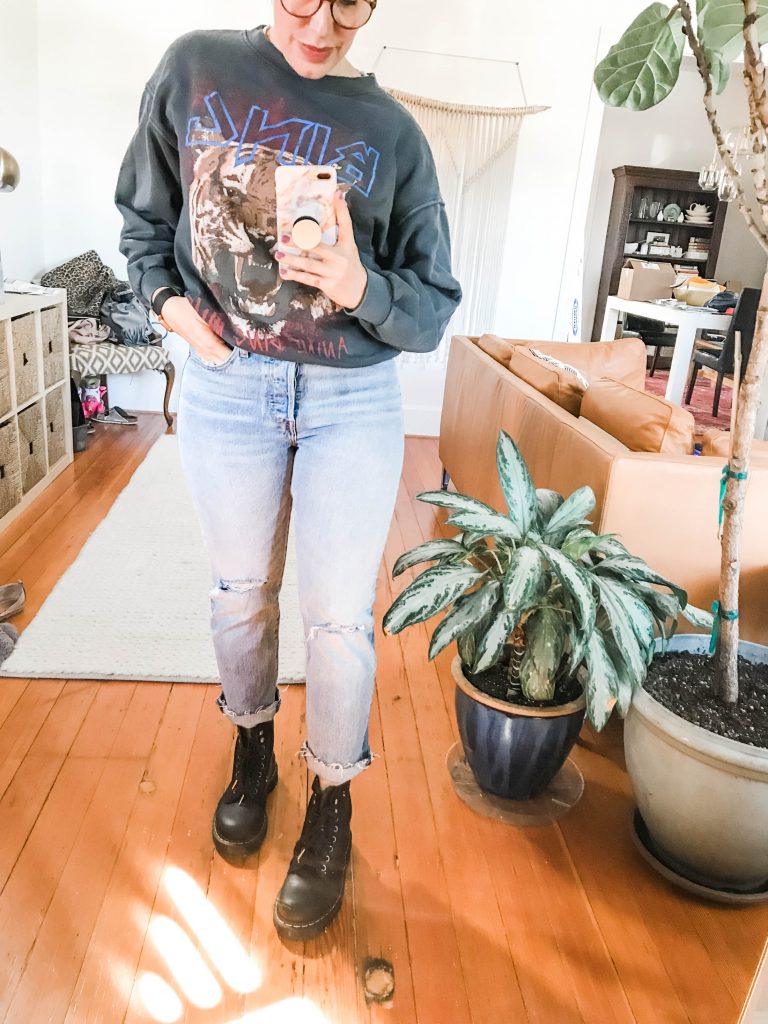 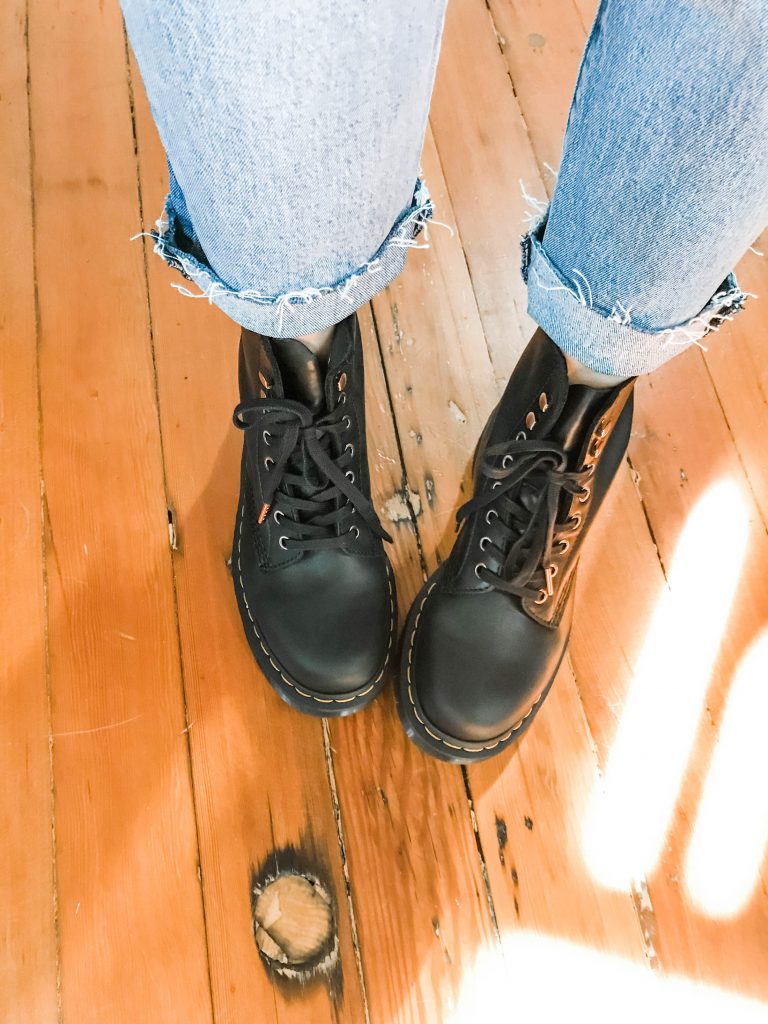 Um, amazing. More of a hiking shoe meets combat boot and super-rad. Very distinct. A well-made shoe and one that will last awhile. True to size, but size up by half, if you plan to wear very thick socks. 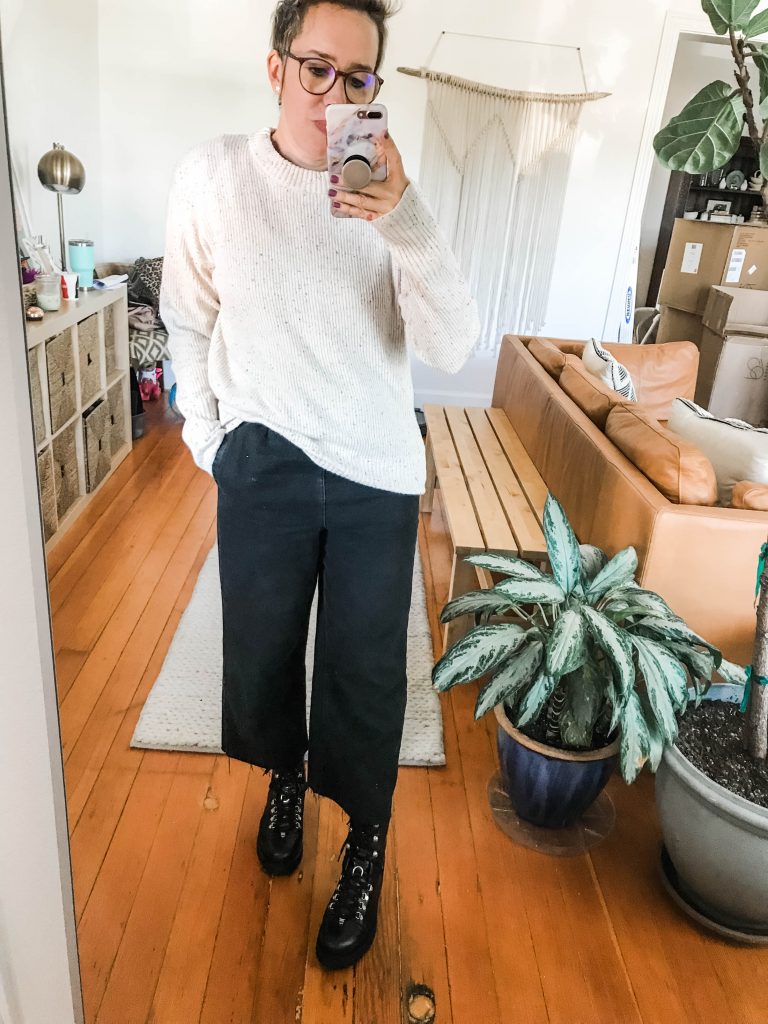 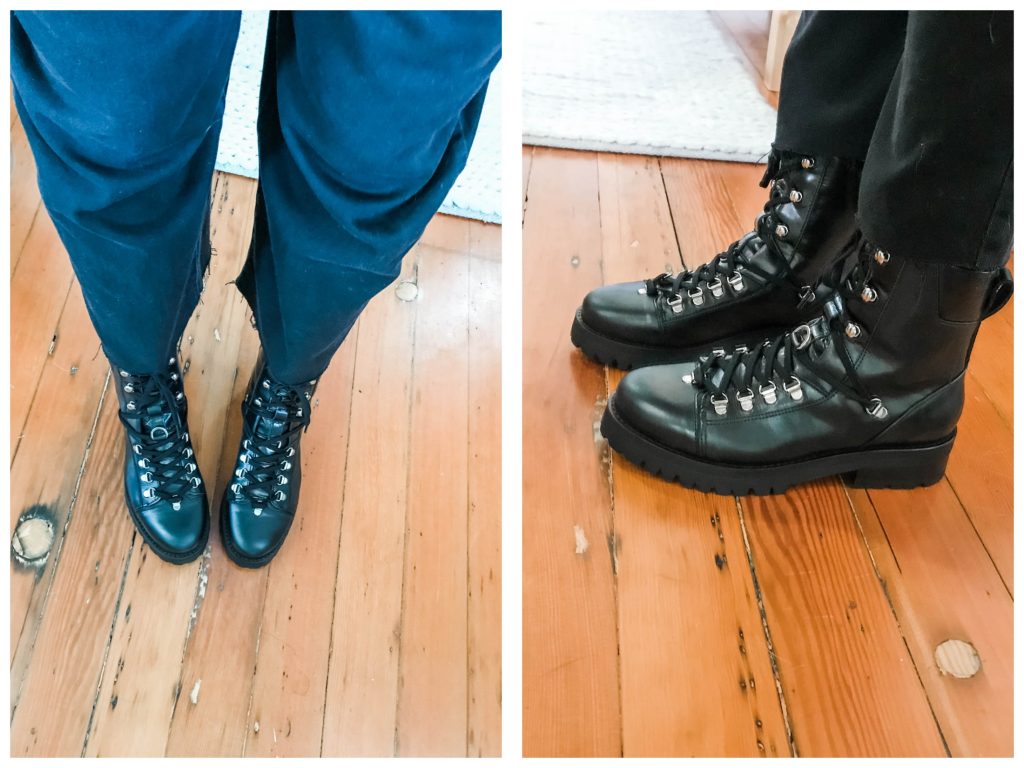 These are also very stiff, but I’m sure would break-in because they’re Docs. Love the look. The most in-between classic and trendy of all the pairs, so I put them at the end here. Love how they look with the jeans and blazer. I’m thinking they would be a little less versatile than some of the other styles, though, but I love the menswear vibe. If I could go with two pairs, these would be my second pick. 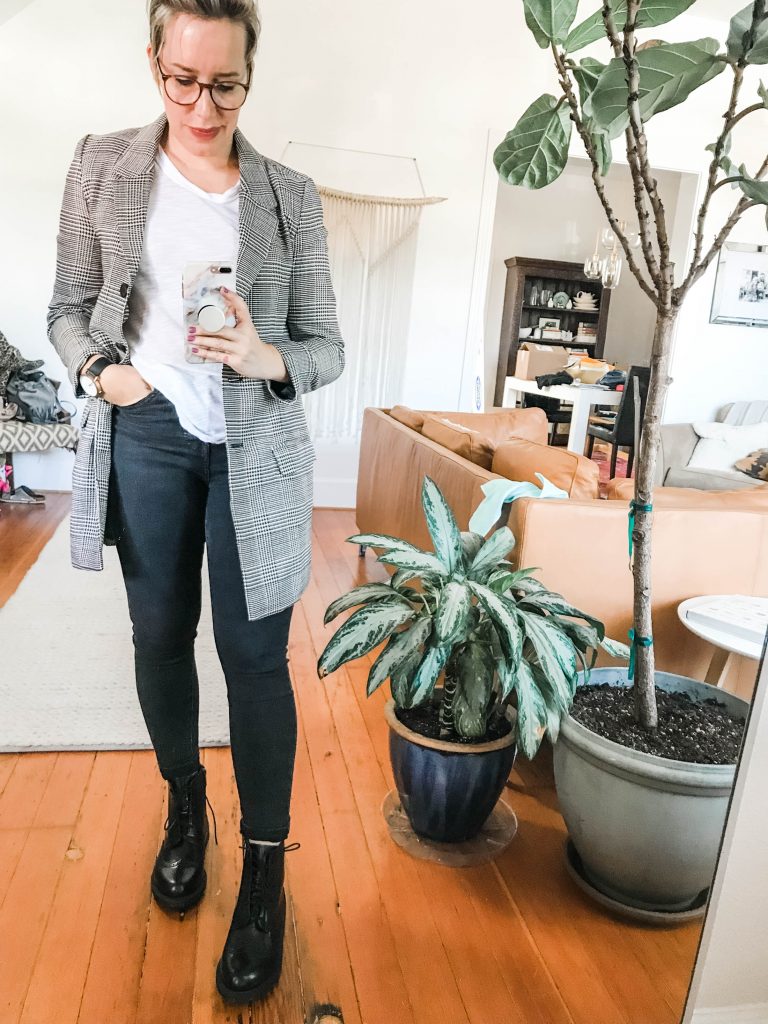 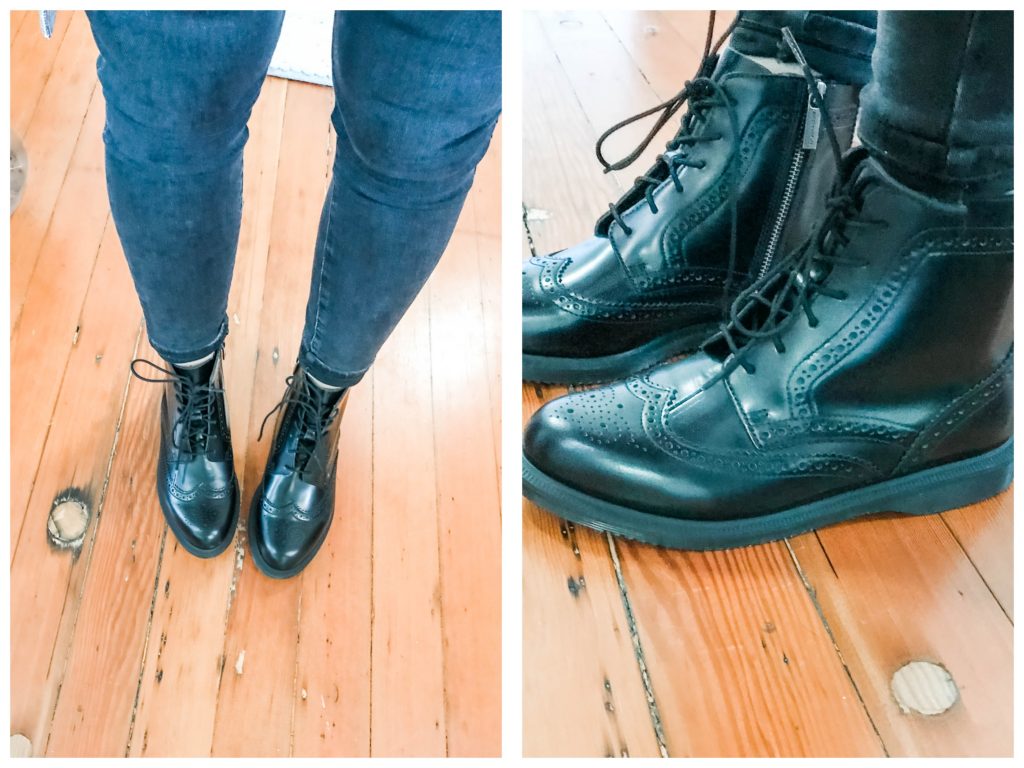 These are awesome. They’re a cool all-black look that I think is rad. To me that makes them badass, but also still classic enough that you won’t tire of them. They’re super-comfy, too. These are a near top pick, but a bit different style with the leather straps. 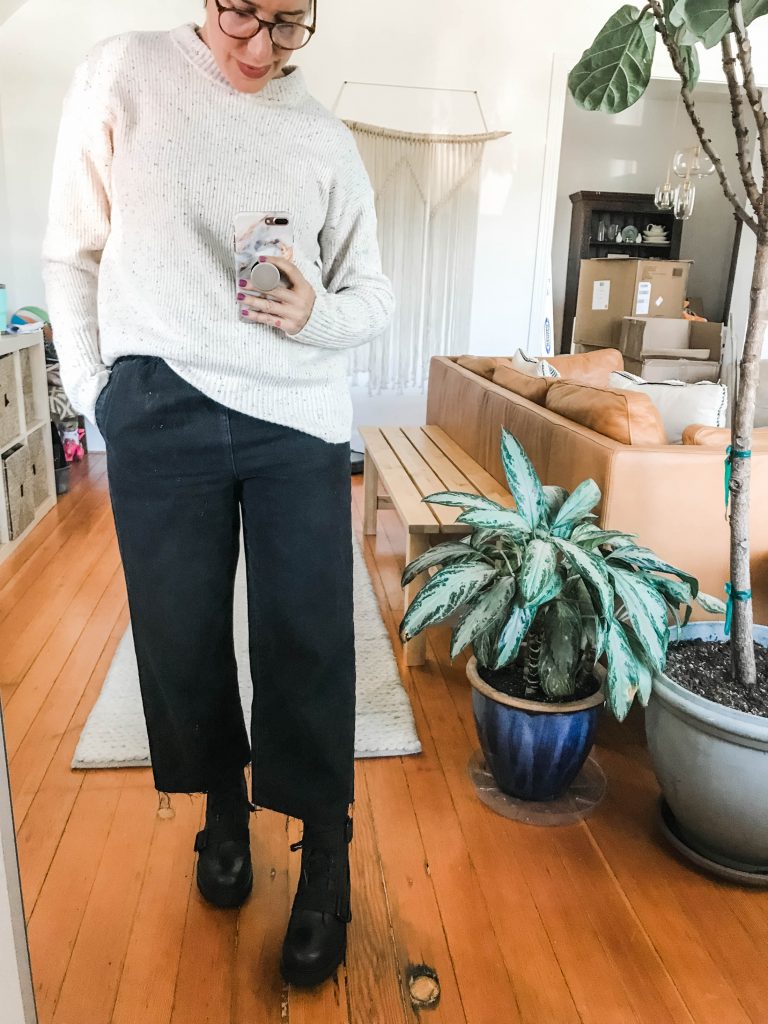 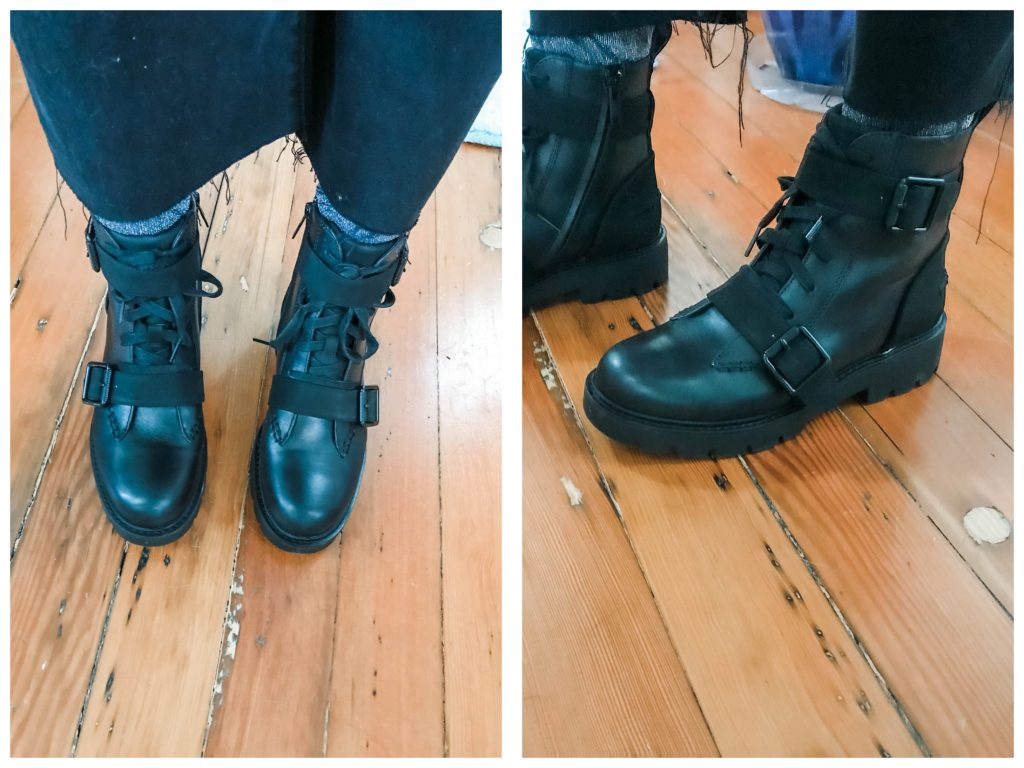 These are also one of those in-between classic and super-trendy. The shape and style are classic, but they’re in the trendy shiny leather, so they lean that way, too. A really solid choice if you can’t decide between the two. Stiffer because of the shiny leather, but still a bit more comfy than the first pair of Docs, IMO. 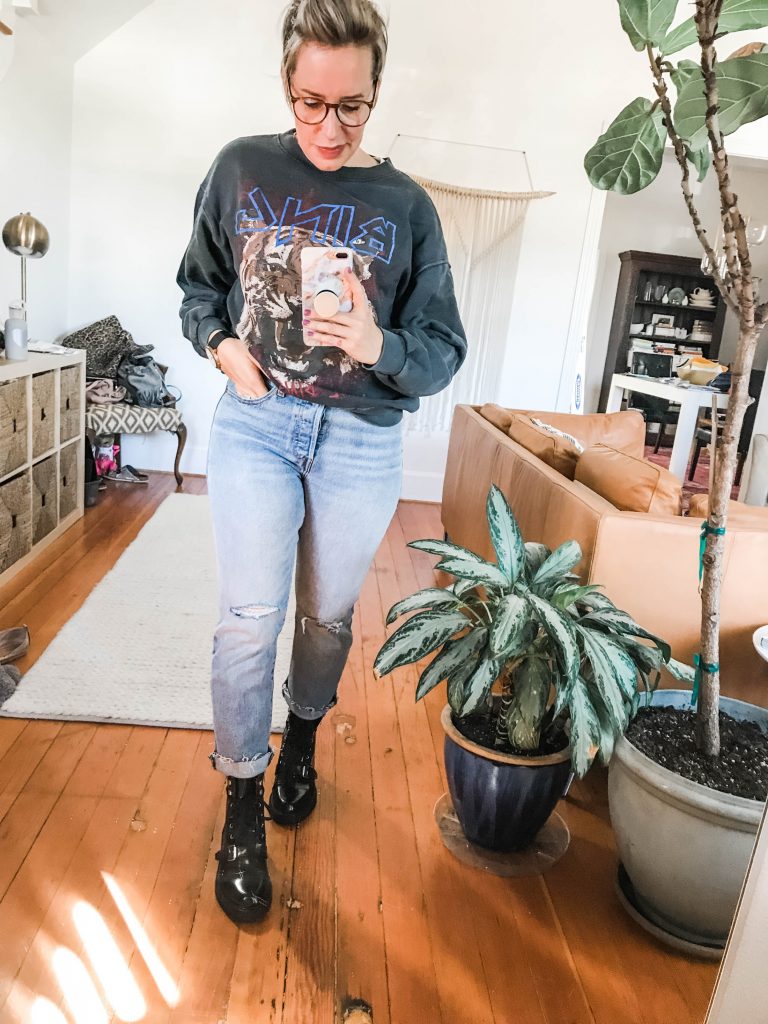 I’ve tried these in various colors and even in snake print over the last couple of years, but never bit the bullet on them. I think they lean just a bit too “wear with Laura Ashely dresses” style. Anyone else? Regardless, I have friends who swear by them, and they are beautifully made shoes that last forever. Frye boots are always a good investment. These are comfy, but not as ‘buttery soft’ as the Allison. 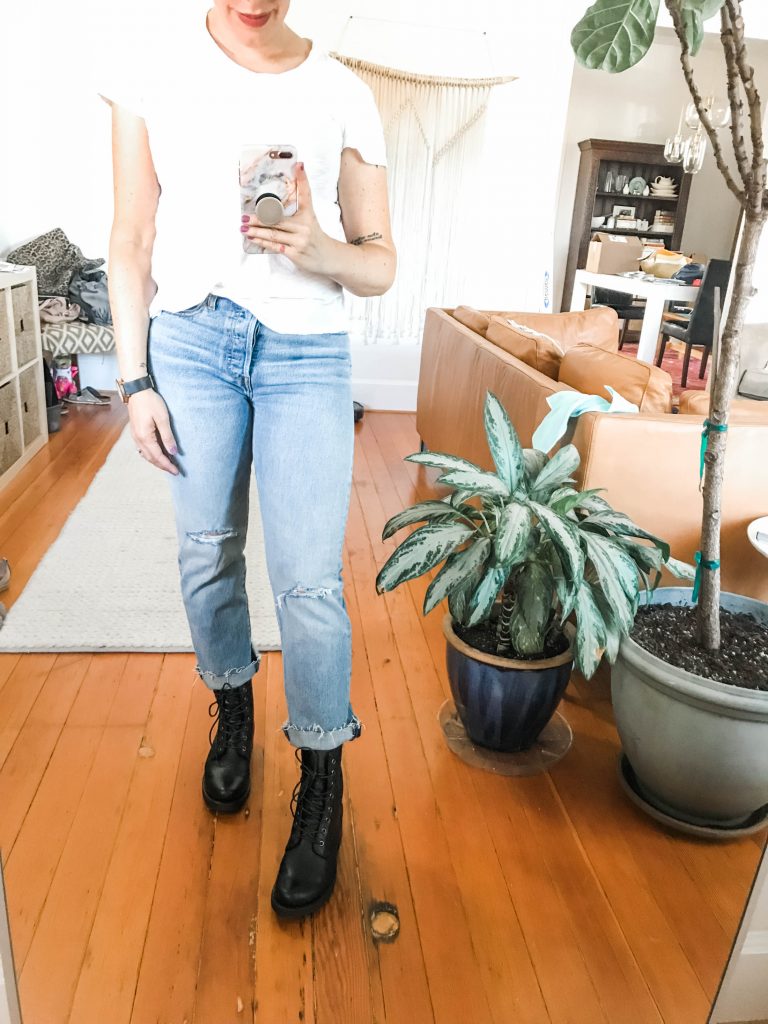 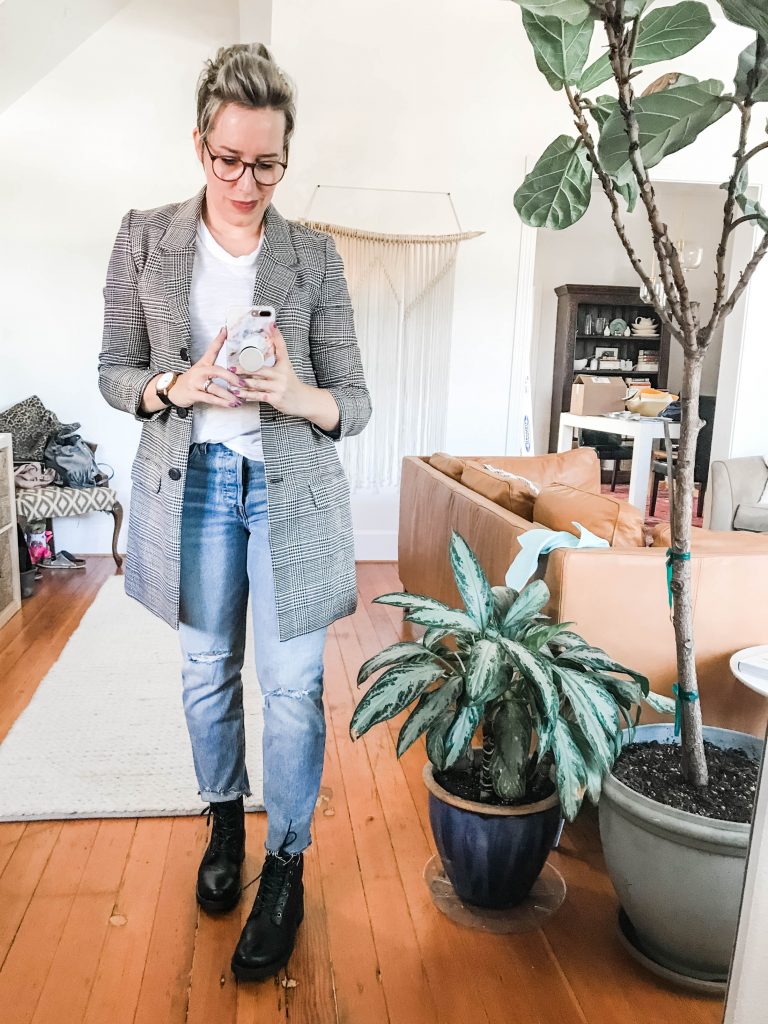 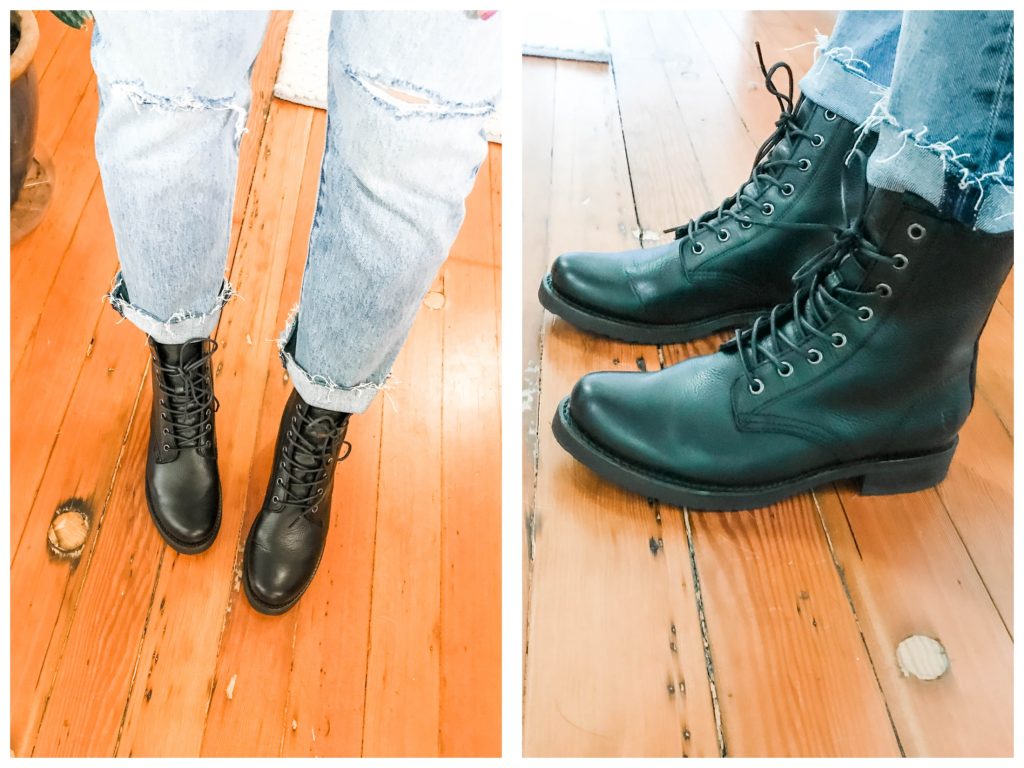 THESE. Are so soft. And comfy. And very classic and less statement-making, but so lovely. The shape and sole are more ‘combat boot’ to me than the Melissa above, and if I wanted a really classic one I’d choose these. I believe they’re selling quickly, and it’s because of the buttery softness, I’m sure. I’d size up by half: I’m in an 8.5 here and they’re perfect, and I am usually a solid 8. 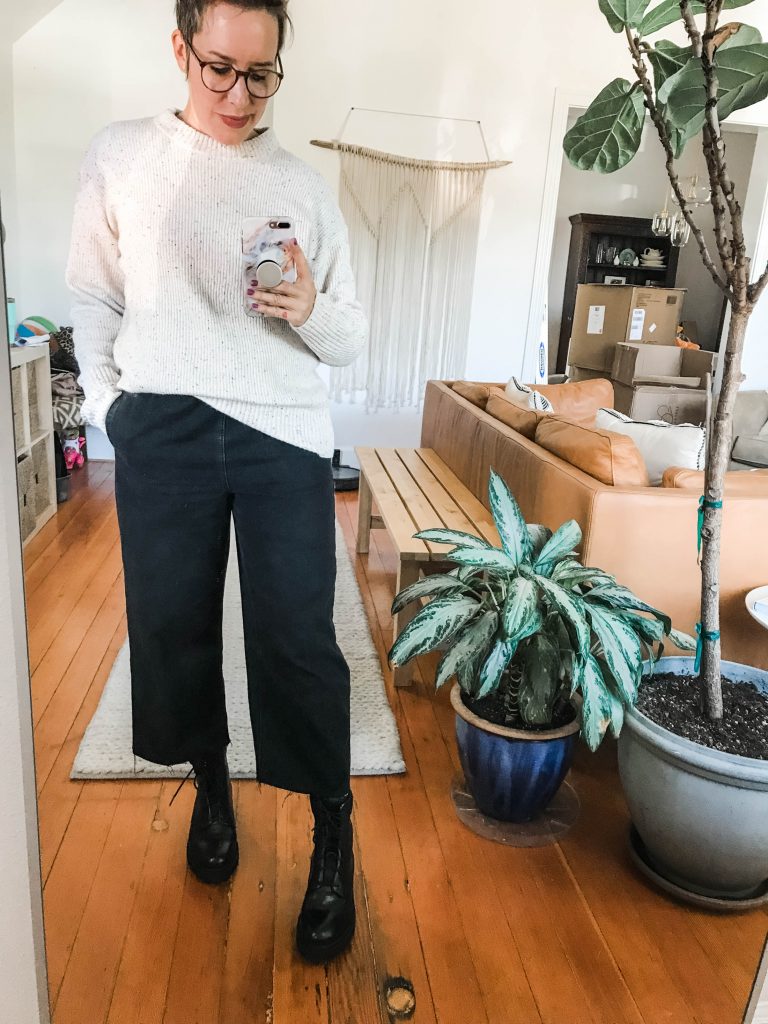 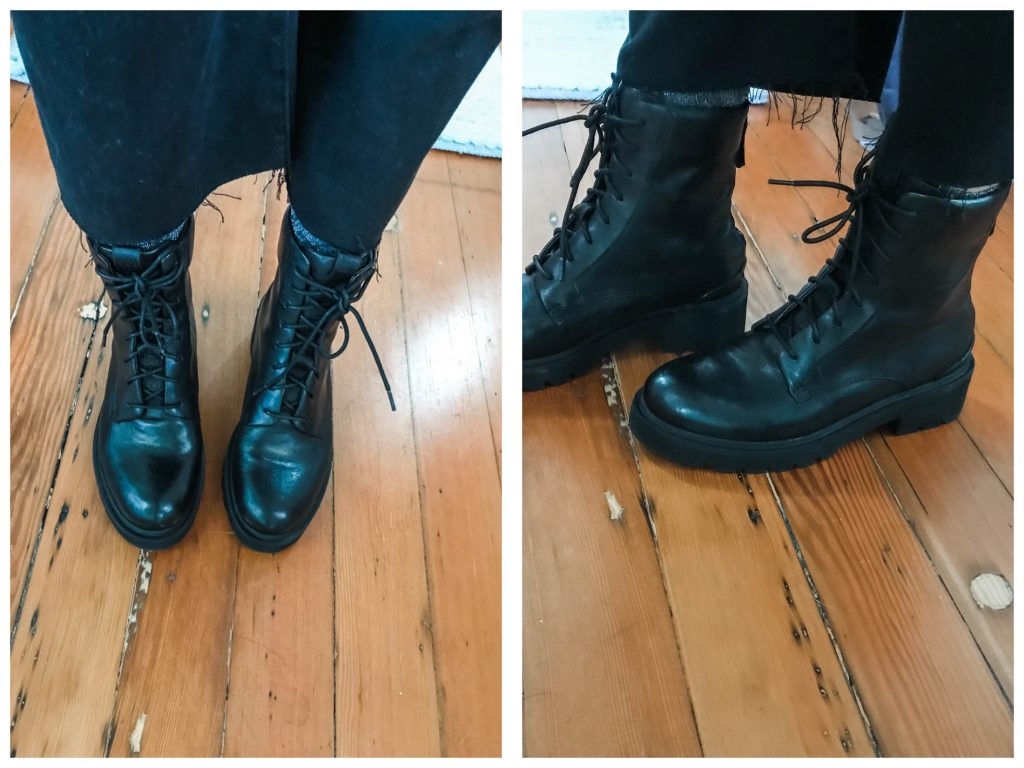 3. My 3 Favorite Pairs Of Combat Boots

These are so good. They are classics, but comfier and just cozy if you grew up in the ’90s, too. Where’s my flannel? These are a little more casual than I wanted in my combat boot, though, which sounds weird, but anyway…a solid choice. 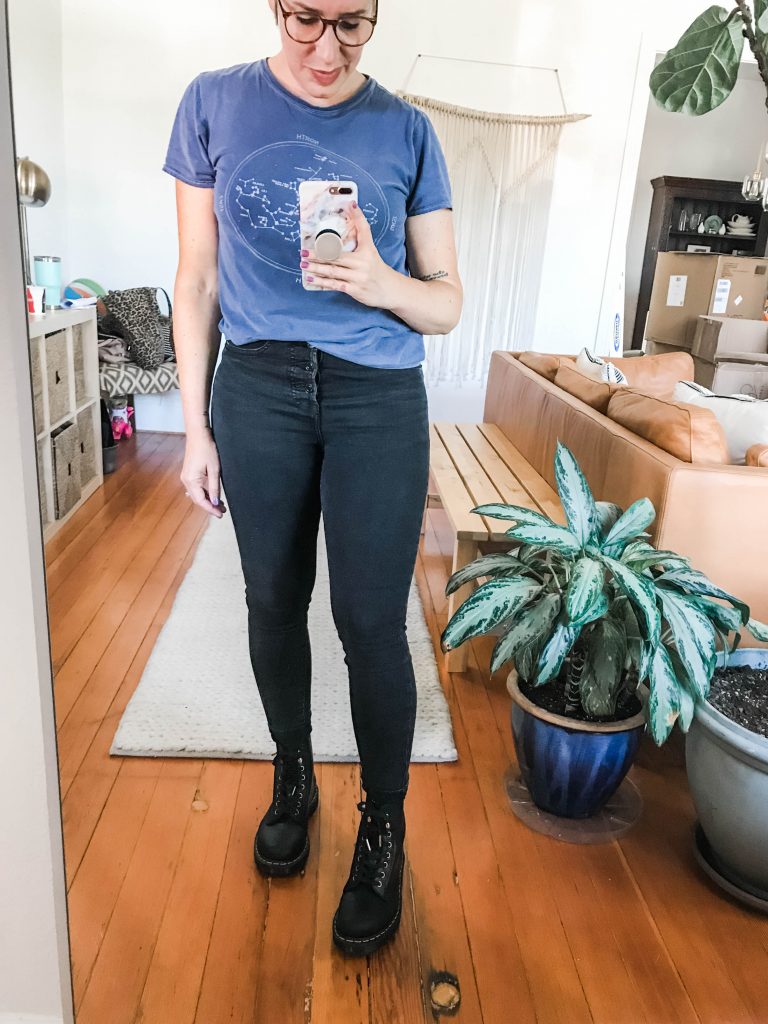 These. I’m sad they are going quickly, and I’m having a hard time choosing between these and the next pair. They’re SO soft and gorgeous and lovely and comfy. Definitely size up by half if they have yours in stock though. They do come in a cognac color that’s great for a preppier or more outdoorsy vibe. Love.

These are just amazing and I think the boot I’m going with. So rad, a cool vibe, and we all know I like a statement shoe. The two above are solid choices, but these are just so cool. And, not to mention, they’re supremely comfy and well-made, too. All the things. This is most likely the pair I’m keeping for my fall boot of choice. TTS, but size up if you wear a lot of thick socks. 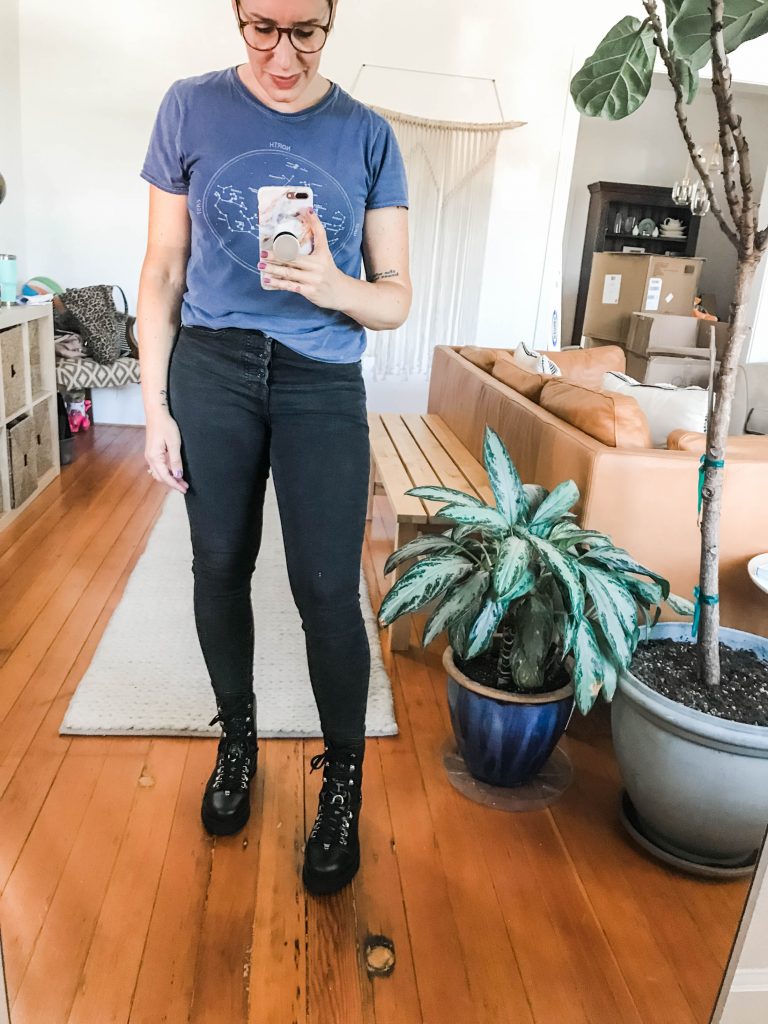 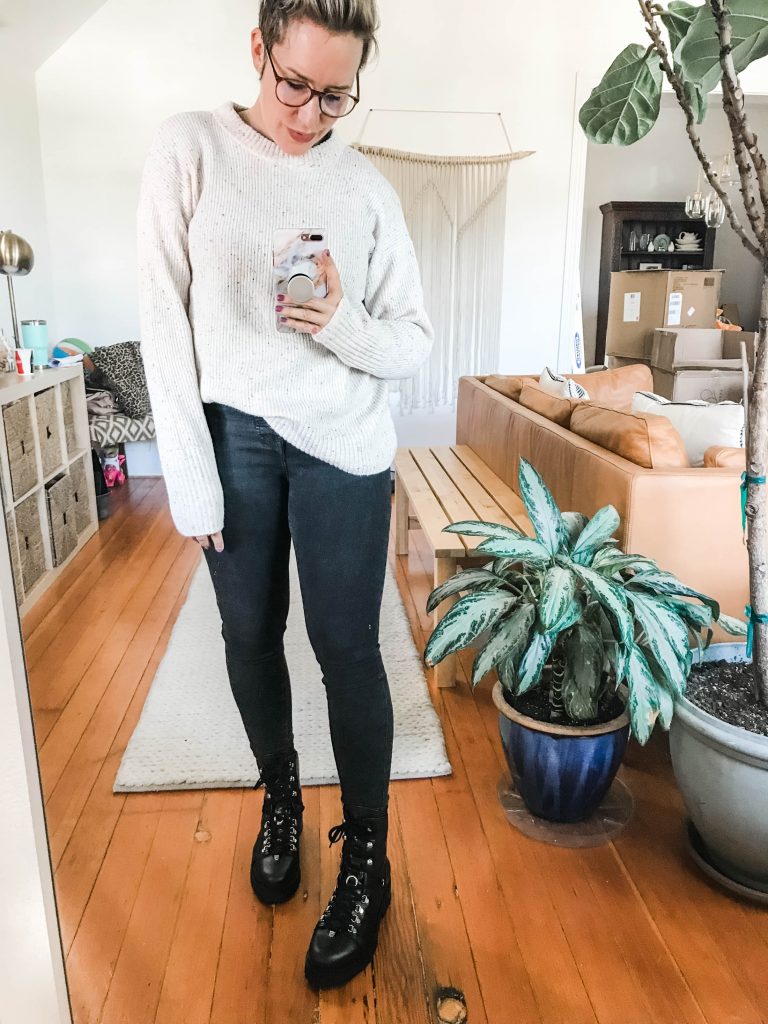 My first pair of Docs/combat boots ever I picked up on an all-star dance trip to London my senior year of high school. They were black velvet. Oh, how I wish I still had them. They were so so good.

Are you jumping back into this trend this fall? I feel that with the variety of styles, it’s a look you can go with and feel all nostalgic about without looking too trendy or costume-y. Pair your big sweaters and favorite jeans with any of these, throw on a beanie and you’re like a grown-up version of My So-Called Life. #favoriteforever For more ideas on how to style combat boots, see Julieta’s post.

Hey, friends. Hop on over to follow me on Instagram @laurajansenstyle to see more of what I’m up to in Portland, Oregon. If you want to shop my current pieces I’m loving and wearing, head over to My Closet! 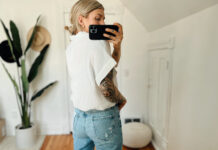 These Jeans Had Me At “90s Supermodel Fit” 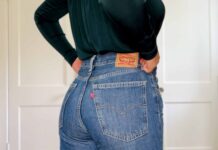 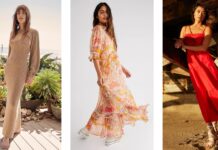